Drama of the week: The Duke of Burgundy 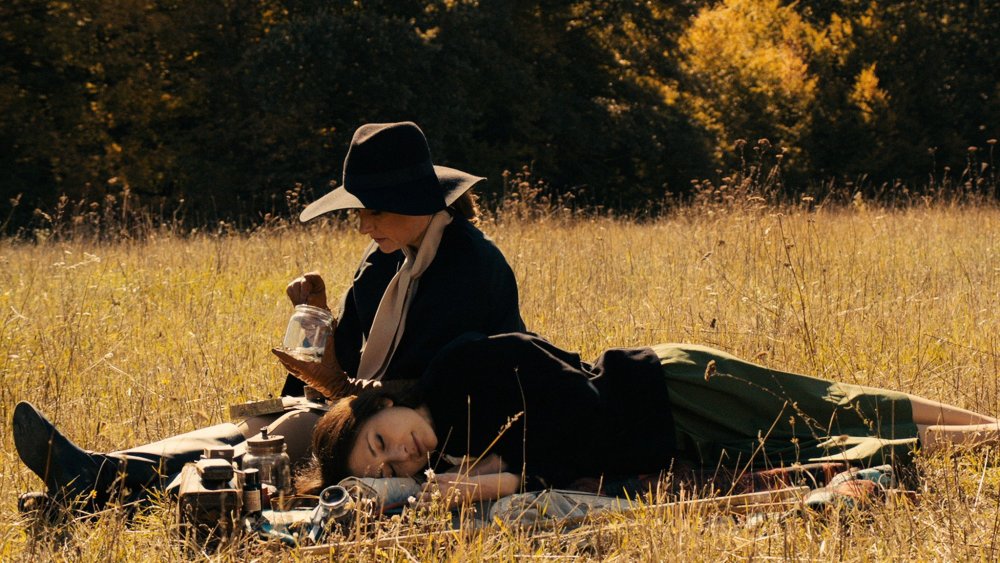 Though never mentioned in the dialogue of writer-director Peter Strickland’s third feature – after Katalin Varga (2009) and Berberian Sound Studio (2012) – the Duke of Burgundy is a small orange and brown butterfly whose declining population is mostly found in southern England. It’s also the only male presence in a film that takes place in a pocket universe populated solely by female entomologists who are in sadomasochistic relationships with each other.

As in Berberian Sound Studio, the opening credits are an expert (and, for long-term devotees, hugely seductive) pastiche of a form of continental exploitation film that, like the butterfly, has become scarce since the 1970s. Whereas the blood-spattered oratorio of Berberian evoked the gialli of Dario Argento or Sergio Martino, The Duke opts for shaky pinkish freeze-frames of a woman cycling through thick woods accompanied by the ululating voices of Cat’s Eyes (Faris Badwan and Rachel Zeffira), suggesting the demi-mondish, oddly arty psychedelic sex-horror melodramas of Jesús Franco or Jean Rollin. Lorna, the disapproving neighbour who never responds to the cheery greetings of the lead characters, is played by Monica Swinn, once a stern, sensual presence in films by these fringe auteurs, appearing in Rollin’s Les Démoniaques (1974) and Phantasmes (1975) and Franco’s Female Vampire (1973) and Exorcism (1975). Strickland is one of contemporary cinema’s great deadpans but his credits are as full of jokes as the frames of a MAD magazine parody: this is a rare movie to boast a credit for perfumes (and a “human toilet consultant”) and to embed an enormous amount of entomological information in its long closing crawl. 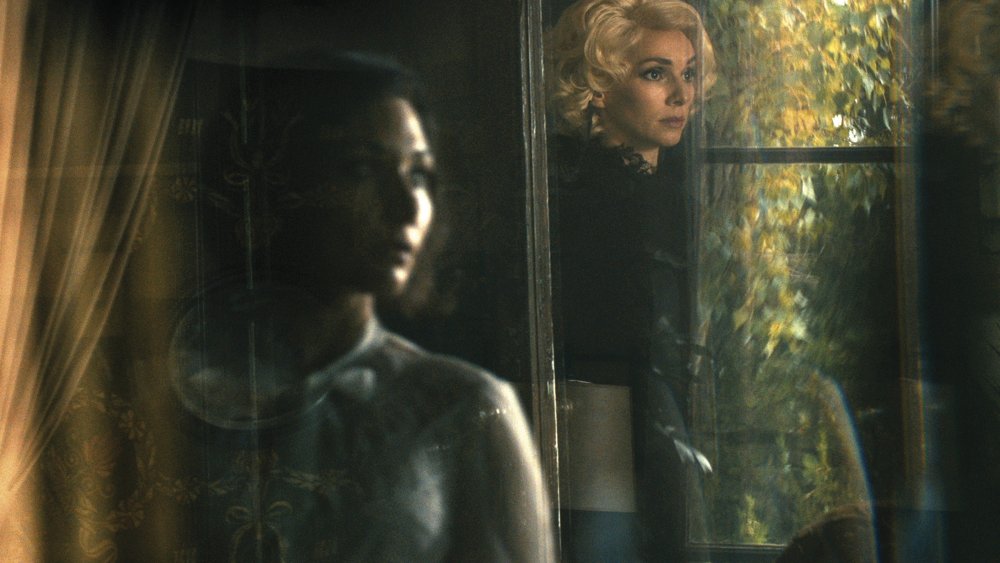 Because heterosexuality (or even non-sadomasochism) isn’t an option in this neck of the woods, it’s a mistake to look at The Duke of Burgundy as specifically a lesbian movie and hold it up against, say, Blue Is the Warmest Colour (2013) or even Mulholland Dr. (2001). Here, the lifestyle depicted is not a minority affair but the absolute norm – as indicated by the charming, tactful and matter-of-fact ‘carpenter’ (Fatma Mohamed) called in to pitch a birthday present (a bed with a lockable compartment) from Cynthia to Evelyn, who admits that she’s already sold one to a near neighbour.

The sense of an artificial, enclosed world – akin to the single vegetated patch of the planet Solaris in Tarkovsky’s film or the limbo beyond the cracked gravestone in Lucio Fulci’s The House by the Cemetery (1981) – is intensified by slow pans across the perfectly coiffed, elegant-if-tweedy all-female audience sitting rapt at entomology lectures given at an institute that closes for the winter. Filling out the ranks of extras in a manner that the perpetually cash-strapped Franco would endorse are out-of-focus, pale-faced shop-window mannequins.

All this heightened unreality conjures up memories of 1970s artfilm preciousness (cf. Bruno Gantillon’s Servant and Mistress, 1977) as well as the more disreputable euro-smut undercurrents of a decade that yielded numerous variants (including repeated essays by Franco) on Venus in Furs and de Sade’s Justine, and compares and contrasts interestingly with the reclamation of similar source materials in the recent work of Hélène Cattet and Bruno Forzani (Amer, The Strange Colour of Your Body’s Tears).

However, inside this highly artificial cocoon is an acute study of the stresses and strains on any perfect relationship and the power shifts within even a lasting marriage. Given that much of the emotional impact comes from very slight variations in scenes played out over and over again, it’s a credit to both the experienced Sidse Babett Knudsen (the prime minister in the Danish TV series Borgen) and the less well-known Chiara D’Anna (promoted from a secondary part in Berberian Sound Studio) and Strickland’s very tactful handling of them that the simple story of a woman whose bad back makes her less enthusiastic about bedroom games than her partner cuts deeper than many a study of death, infidelity or psychosis.

There’s a rack-focus shift as we realise that D’Anna’s Evelyn, who at first seems an abused servant, is dictating the course of the couple’s life together, which – outside of moth studies – is wholly dedicated to sexual fulfilment, even if that involves being locked in a box or acting as a human toilet bowl (behind closed doors). Evelyn is eager to be punished for her transgressions, but less keen on Cynthia’s snoring… and gets impatient when back pain prompts Cynthia to abandon corseted, fetishistic gear in favour of baggy pyjamas.

For her pettishness, Evelyn is truly punished when Cynthia ignores their safe word (‘pinastri’, another moth) and rests comfy-socked feet on her face. Cynthia’s final attempt at going through their scripted mistress-and-maid game, when she is on the point of complete emotional collapse, ranks among the best-played scenes in recent cinema. Of course, it’s a film with its mysteries – including a remarkable hallucination that overdoses on moth imagery (and a soundscape of chittering insect noises) – but nevertheless it’s extraordinarily lucid and deliciously entertaining. 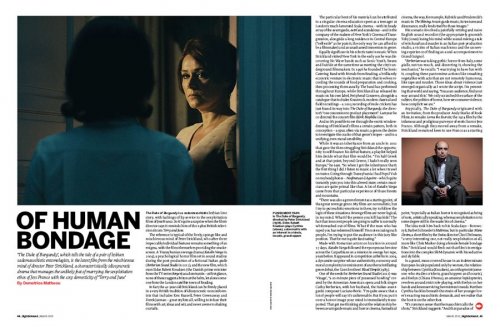 The Duke of Burgundy, which tells the tale of a pair of lesbian sadomasochistic entomologists, is the latest film from the mischievous mind of director Peter Strickland, a characteristically idiosyncratic drama that manages the unlikely feat of marrying the sexploitation ethos of Jess Franco with the cosy domesticity of Terry and June. By Demetrios Matheou.

Related to Drama of the week: The Duke of Burgundy