Coincoin and the Extra Humans first look: Bruno Dumont raises a stink in a small town

Bruno Dumont’s confounding TV series returns for another madcap and macabre adventure, with Bernard Pruvost as an absurd detective investigating some whiffy business. 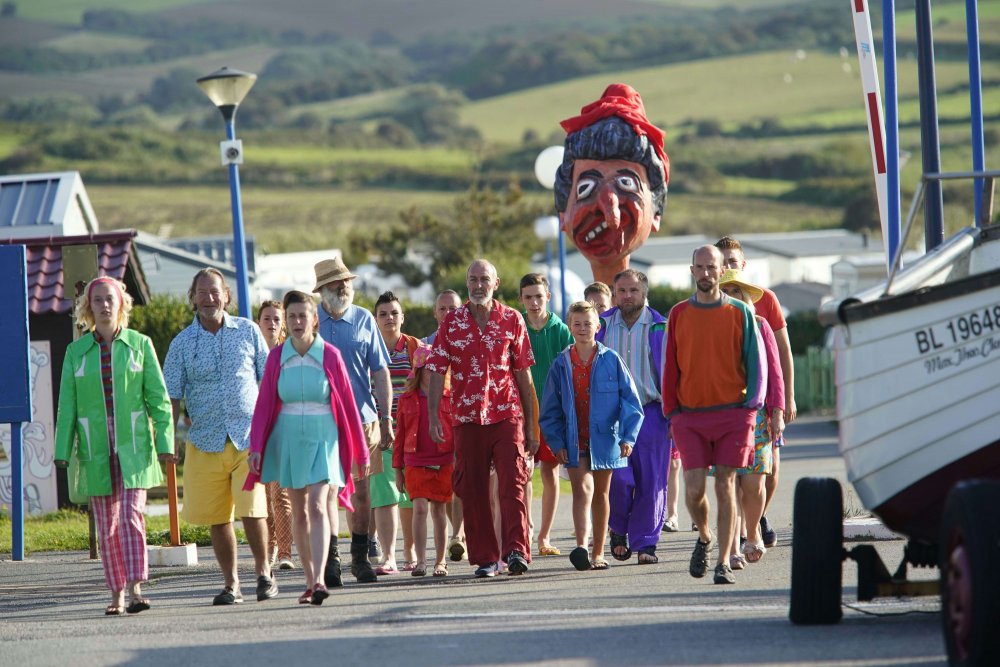 There was something rotten in the soil of northern France in Bruno Dumont’s blackly comic mini-series, P’tit Quinquin (2014). A four-episode television mystery that was also released as a single feature film, it was a confounding and macabre parody of a procedural police drama filled with unexpected (for the famously serious filmmaker), and often uncomfortable, laughs. It followed a bumbling duo of gendarmes as they investigated a sequence of grisly deaths in the environs of a small town as a group of mischievous kids, led by the eponymous Quinquin, watched on.

The crimes were never actually solved but the highly memorable police captain, Van Der Weyden (Bernard Pruvost), came to something of a conclusion, amid his various suppositions on the nature of evil and the works of Satan: “The earth smells good, but it’s sour here.” Four years later Dumont has returned to the characters for a second series/film, Coincoin and the Extra-humans (2018) and on this occasion, the narrative is even more absurd and Van Der Weyden’s pronouncements even more foreboding: “It’s the apocalypse. The end of the world.” 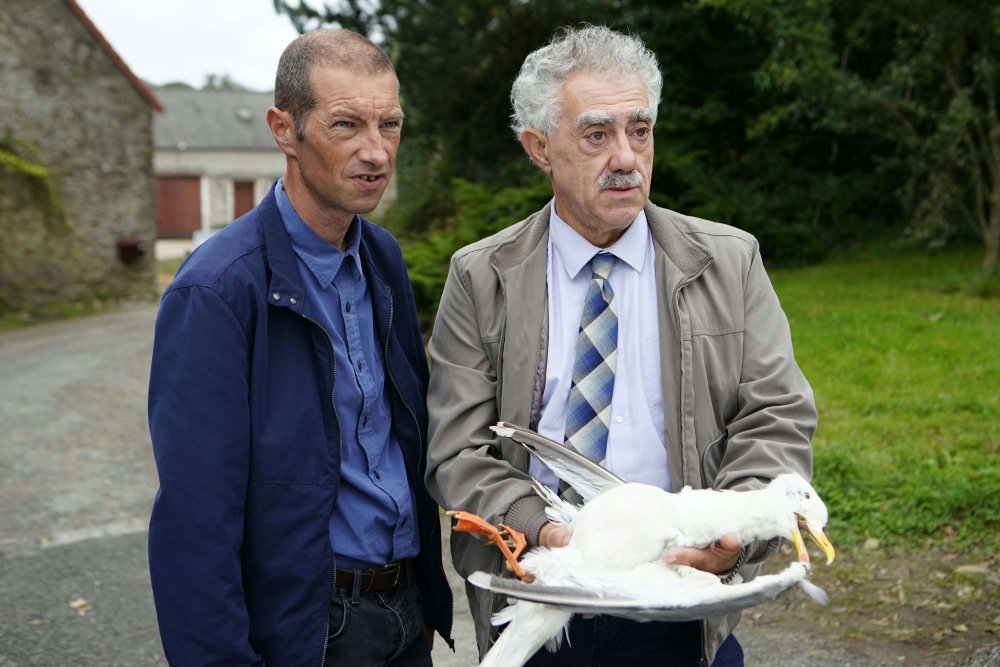 Despite innumerable weird ambiguities, a plot littered with red herrings, and a raft of strange performances – largely by non-professional performers, many of whom have disabilities or learning difficulties and seem to be having the time of their lives – P’tit Quinquin was quite thematically direct. The space of four leisurely TV episodes allowed Dumont to tackle prejudice against immigrants within a broader dissection of the petty jealousies and private dramas of rural life. With a liberal smattering of blood. This time, the same concerns are amplified, though they are now splattered with something close to cow shit. Rather than a series of bodies appearing gradually across the landscape, pools of extra-terrestrial faeces fall from the sky. At night, a strange floating light emerges from the gunk and attaches itself to a local resident who subsequently – in a ridiculous trapped gas/fart gag – emits a doppelgänger from their rear in a riff on Invasion of the Body Snatchers.

Here the fear of outsiders in the first outing has morphed into a literal invasion – Van Der Weyden continually refers to a roaming group of African immigrants as ‘aliens’ – perhaps in an attempt to represent the surreal direction that world politics have taken in the intervening years. Quinquin (the still enormously watchable Alane Delhaye) is now more of a surly, horny teen going by the new moniker ‘Coincoin’, and in his spare time he posts flyers around town on behalf of a rightwing nationalist party while attempting to woo the daughter of the local chapter, Jenny (Alexia Depret). Coincoin’s childhood sweetheart Eve (Lucy Caron) is now in a relationship with the androgynous farmhand Corinne (Priscilla Benoist) – the locals seem about as capable of processing young lesbians in their midst as understanding the alien goop. 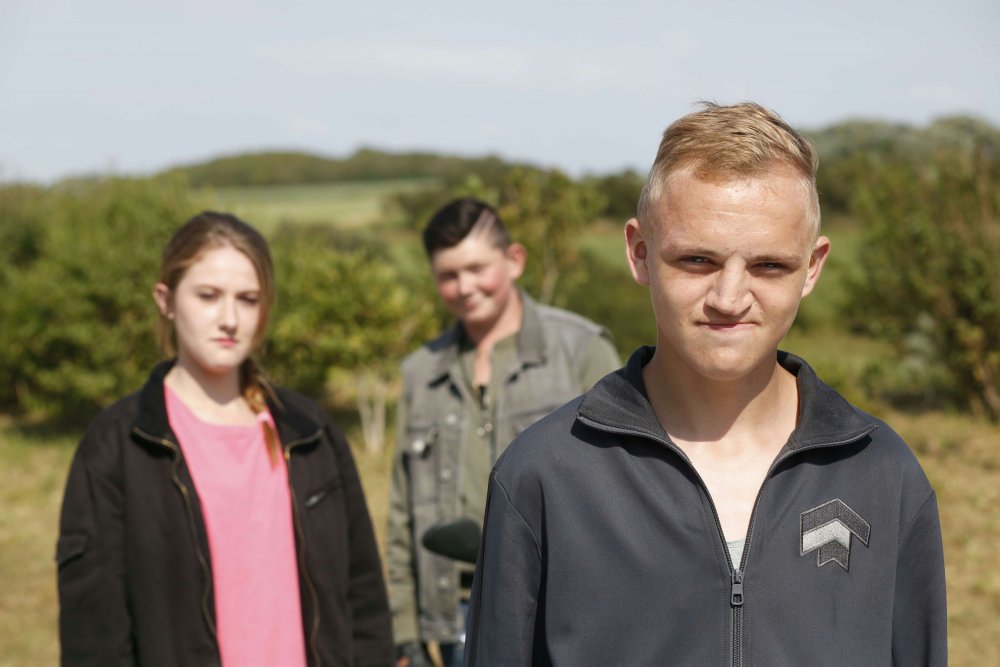 The investigation holds significantly less narrative water than the Quinquin murders, making Coincoin a naturally more meandering affair. Dumont doubles down on slapstick comedy, from Keatonesque pratfalls and the splattering of cowpats from the heavens on characters’ heads to the propensity of the local deputy, Carpentier (Philippe Jore), for driving his car on two wheels. “Stop doing your stunt,” Van Der Weyden admonishes him, “It’s funny once or twice, not six times.” Dumont is happy drawing attention to his repetitive gags and, perhaps inevitably, they become funnier and funnier.

Pruvost’s performance as Van Der Weyden once again binds everything together. He’s a captivating collection of physical ailments and bodily tics that feels like a combination of Jack Sparrow, Inspector Clouseau, and Charlie Chaplin – though such comparisons seem reductive when he, like the rest of this world, feels utterly unique. His observations range from the sublime to the ridiculous, not least his (apt) repeated mispronunciation of ‘clones’ as ‘clowns’ channelling Shakespeare’s Dogberry. This perhaps speaks to the more broadly comic tone of Coincoin but the playing of a tragic song from Quinquin at the end of each episode ominously suggests that sins will not remain buried. Landscape features prominently in much of Guillaume Deffontaines’ expansive cinematography and as Van Der Weyden warned four years ago: the earth smells good, but it’s sour here.

Related to Coincoin and the Extra Humans first look: Bruno Dumont raises a stink in a small town