There’s always been a reserve of absurdist comedy even in Bruno Dumont’s most po-faced art movies – but in this costume detective send-up set amongst the dunes of Calais, Fabrice Luchini, Valéria Bruni-Tedeschi and Juliet Binoche blow up the whole damn. 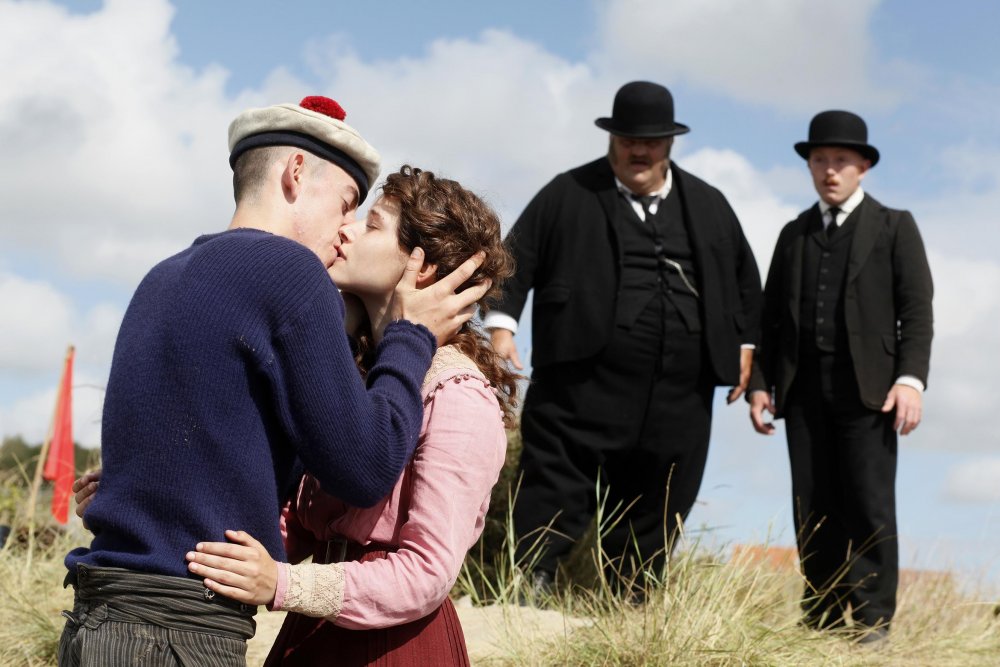 Those of us Cannes veterans who couldn’t resist the odd giggle during the 1999 press screening of Bruno Dumont’s second feature L’Humanité – it was the overweight, sweaty cop saying “Things are really starting to hot up now” in the middle of that snail-paced 148-minute epic that set us off – feel ever more justified these days. An element of absurdist comedy was, perhaps, always there, but the oddball slapstick Dumont achieved so sharply in his recent TV series L’il Quinquin is here not so much developed as hijacked by professional actors outdoing each other for Brain Blessed levels of hammery.

Slack Bay (Ma Loute) opens on a lovely Pas de Calais coastal scene as the Bruforts, an impoverished local family, scrape mussels off the rocks at low tide. It’s 1910, and the Bruforts seem phlegmatic types. The men combine their bivalve gathering with the obliging ferrying of well-off visitors across the river inlet, or around the headland.

But there’s something foul going on amid the dunes, as we discover when we meet two black-suited, bowler-hatted policemen, Machin and Malfoy – who simultaneously recall Laurel and Hardy, Hercule Poirot, Tintin’s Thompson and Thompson and the anonymous gentlemen of Rene Magritte’s paintings. Machin is enormously fatuous and fat, which Dumont emphasises by having his limbs creak and making him roll down dunes and hills on roly-poly fashion. Whenever he gets down to examine a clue, he can’t get up again without help. Malfoy, a redhead, seems brighter, but is a sidekick. Tourists have apparently gone missing, and the two Ms must solve the mystery. No one would have any faith in them.

And then we meet the Van Peteghem family, rich annual visitors who own the Typhonium, a bizarre Egyptian-inspired building atop a hill, all of whom are inbreds and aesthetes. Fabrice Luchini plays André, the head of the family, a hunchback who walks in a swaying manner as if he were the spawn of Max Wall and an ostrich, speaks drivelling nonsense and seems incompetent at everything. 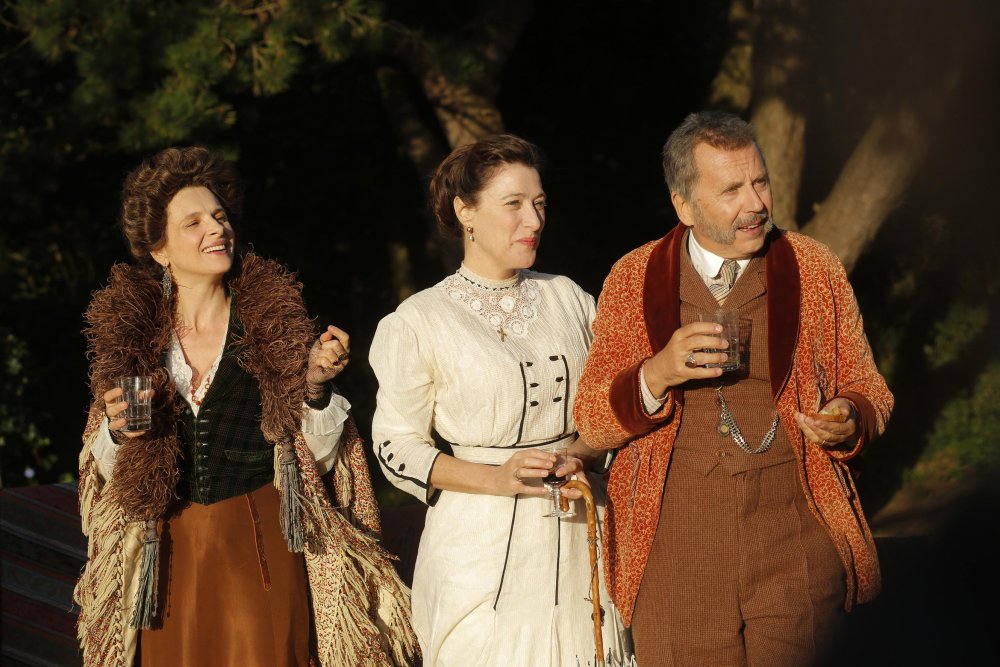 His wife Isabelle (Valéria Bruni-Tedeschi) shrieks with delight at everything and evinces the symptoms of a Freudian hysteric until André’s sister Aude (Juliette Binoche) turns up, after which Bruni-Tedeschi changes performance, clamming up as Binoche out-whoops and outdoes her in haughtiness. Luchini remains just bearable for most of the film but otherwise these broad performances soon grate and make enjoyment of the film very difficult.

What entangles the Bruforts with the Van Peteghems is a burgeoning romance between Ma Loute, the Brufort’s ungainly teenage son, and Aude’s gorgeous offspring Billy, who dresses as a boy but says she a girl in disguise. Part of the conceit here is that the Bruforts have ‘local’ faces and behave more like Bressonian models, whereas the Van Peteghems overact their jodhpurs off. All the pleasure of the film is in the setting up of the circumstances and the first few gags. The playing out of events, sadly, soon becomes repetitive and shrill.

Ma Loute seethes with a loathing of TV costume drama mysteries and wants to be the whoopee cushion that deflates them. It’s full of surreal invention, and gorgeously shot, but you get the sense that Dumont, by letting his top-rank French cast go way OTT, traps himself in a vein of French comedy that’s an acquired taste at best. Had it cared more about the creation of an adventure world with a twist, it could have rivalled Wes Anderson’s films, but I would imagine that’s the last thing Dumont wants.