Blake Williams on PROTOTYPE: “Artists are only beginning to discover the full capacity of 3D”

Stereoscopy has fascinated filmmakers since the 1800s, but one artist is trying to take the third dimension in new directions. He explains why he is inspired by Michael Snow and virtual rollercoasters, and why he really wants to see a 3D Transformers movie. 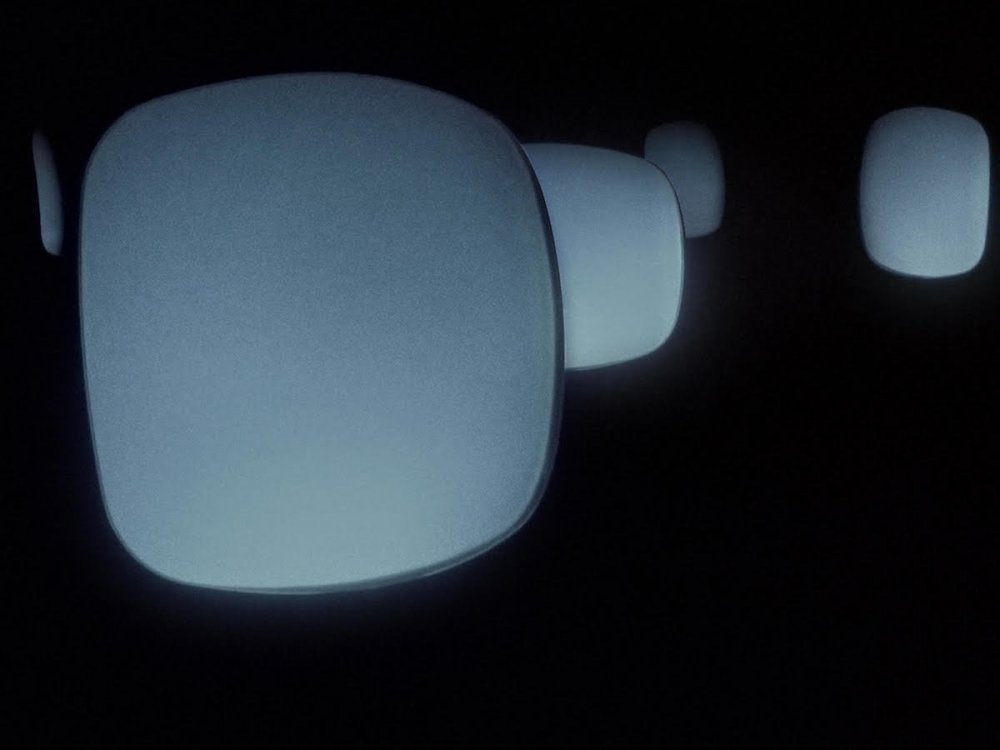 A couple of years prior to the kinetoscope making its first public appearance, Thomas Edison mentioned the ‘stereoscopic picture idea’ in an unfinished patent application. Just five years after the first screening on their Cinématographe, the Lumière brothers registered a patent for an Octagonal Disk Stereo Device. Supposedly, these cinematic pioneers considered their inventions unfinished without stereoscopic imagery and, later, giants of films theory such as Sergei Eisenstein and André Bazin were equally convinced of the import of 3D cinema.

PROTOTYPE’s UK premiere will take place on 19 June 2018 at the Genesis Cinema, accompanied by Williams’ shorts Red Capriccio (anaglyph) and Something Horizontal (polarised).

Despite endorsements from such luminaries, the format remained relatively obscure until recently – with the exception of a brief explosion in the 1950s that included Hitchcock’s multi-dimensional chamber piece Dial M for Murder (1953). In its current mainstream heyday, many audience members think of 3D as an additional cost at the multiplex rather than an artistic advancement.

One contemporary voice who is certainly committed to the potential of stereoscopic film is Blake Williams. The American-born, Toronto-based avant-garde filmmaker and writer has been working with space and perspective on screen since 2011 and his debut feature, PROTOTYPE (2017), is receiving its UK premiere this month after screenings in Locarno, Toronto and New York. I talked with Williams over email about his process, his influences, and the current state of the form: a recent profile suggested he wants to change the way we think about 3D. 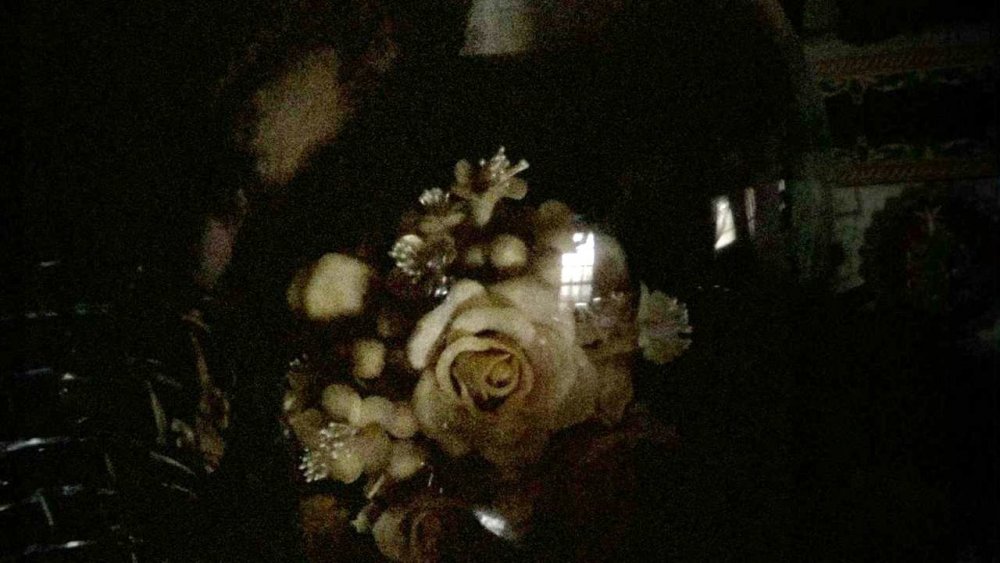 “It sounds so grand when put that way!” he says. “I’m not actively seeking to change anything, really, but I’m drawn to images that feel strange or indescribable to me in one way or another, which I guess may be conducive to some sort of evolution or progress. As far as I can tell,” he adds, “artists are only beginning to discover the full capacity of 3D as an aesthetic experience.”

Williams’ own filmography certainly feels like a progression of sorts. In 2011 he made Coorow-Latham Road [► watch it here], which journeys along a barely-inhabited road in Western Australia. “I utilised Google’s Street View algorithms to create an arena wherein a database of photographs (captured by a Google Street View vehicle) forge a sense of motion and travel; photographs of an innocuous landscape are applied to the walls of a virtual exterior space like wallpaper, and so the images describe 3D depth by a process of distorting on the screen.”

From there he would go on to make several shorts in anaglyph 3D, the method that requires red and cyan glasses to create its effect – Many a Swan (2012), Baby Blue (2013), Red Capriccio (2014) and Something Horizontal (2015). Rather than being led to 3D by the work of other filmmakers in the format – such as its most well-known avant-garde proponent, Ken Jacobs – he was inspired by Michael Snow.

“After making [Coorow-Latham Road] I tried to apply a similar method to a bootleg copy of Michael Snow’s Wavelength. I tried to post-convert that film into anaglyph 3D by distorting the picture, frame-by-frame, to create illusions of depth – which I thought was more funny than anything else, since one of the things Snow is doing with Wavelength is questioning spatial illusionism in the photographed image; Snow’s camera presses into a loft space until we are confronted with complete flatness. My attempt at this 3D conversion was a very tedious process, though, and I gave up after a couple of months of not getting very far with it.” 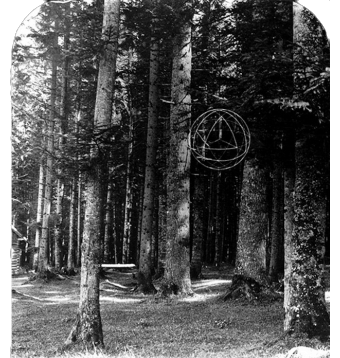 Williams’ keen interest in spatial dynamics is clear when he both talks about his influences and recalls childhood interactions that have informed and inspired his work. “I loved amusement parks and rollercoasters as a kid, I wanted to go to all of them. I had a CD-Rom game in the mid-90s that was all about designing your own rollercoasters, and then virtual people would ride them and evaluate how thrilling or fun or scary it was. I wish I could find some of the models I made; I remember the game itself deemed most of them ergonomically dangerous and the virtual riders weren’t even allowed to get on.” There is definitely a correlation between the construction of virtual rollercoasters and the manufactured motion of Coorow-Latham Road.

Williams was involved in programming a survey of 3D cinema, called Stereo Visions, for the 2018 Big Ears Festival in Knoxville. PROTOTYPE screened alongside other contemporary 3D films, including Herzog’s Cave of Forgotten Dreams (2010) and Godard’s Goodbye to Language (2014), and key historical pieces such as Norman McLaren’s Around Is Around (1951).

In amongst them, though, were shorts such as Lillian Schwartz’s Olympiad (1970). While this is a fascinating use of very early CGI to reinterpret the moving pictures of Eadweard Muybridge’s ‘running man’, it’s not stereoscopic – but the use of colour and form to play with perception could quite easily be seen to feed into Williams’ practice.

“I was more drawn to arthouse cinema and video art, actually,” he answers. “I wasn’t super well-versed in the cinematic avant-garde when I was making those early pieces. Narrative filmmakers like David Lynch and Apichatpong Weerasethakul were very inspiring to me. When I was getting my master’s degree in Visual Studies I was really fond of Bruce Nauman and Vito Acconci’s work, for instance. I was also fascinated by pieces like Lisa Steele’s Birthday Suit (1974) – with scars and defects – and Richard Serra’s Hand Catching Lead (1968). Pieces that were very haptic and, to varying extents, very personal.”

When I ask whether the specific history of stereoscopic film is something that directly informs his work, the response is at once invigorating and, given his experimental outlook, perhaps to be expected. “I think it’s useful to look at older work, of course, but mostly to see what’s been done, to see what it meant to experiment with the format at certain points in history. [I’m mostly looking at] archival images and films, like Lucien Bull’s 3D chronophotography studies of insects, or 19th-century journalism stereographs. These are things that feel removed from my reality, and which embody some sort of desire that I think is in some way extinct, either because the desire was culturally or socially satisfied, or because technology evolved away or beyond that state and our collective desires shifted toward something else.”

So is Williams excited by the filmmakers working in stereoscopy today? Absolutely. “Ken Jacobs, of course, and also Godard and Aragno are the easy answers. I’m also a big fan of Ang Lee’s 3D movies, especially Billy Lynn’s Long Halftime Walk, which is the most irresolutely ‘realistic’ film I’ve ever looked at. And OpenEndedGroup (i.e. Paul Kaicer and Marc Downie) are doing some fun stuff with their own software. I haven’t seen any of Michael Bay’s Transformers movies in 3D and feel like I’m missing out.”

This prompts me to ask whether Williams caught Bi Gan’s Long Day’s Journey into Night at Cannes last month (he did) and what he thinks of the state of modern 3D cinema. “I think it’s doing well, or at least as well as it needs to do.” 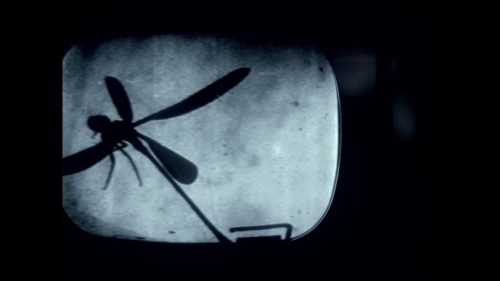 “It’s encouraging that there are a number of high-profile filmmakers who are so committed to the format – along with Ken Jacobs and OpenEndedGroup there’s Johann Lurf, and Scott Stark, who makes a new stereo-piece every five years or so. And then you have filmmakers like Jodie Mack and Rainer Kohlberger; people who aren’t invested in 3D in any way, who try their hand at some stereo process and produce amazing results right out of the gate, which I think expands broader interest in the format.

“I’m not sure stereoscopy ever needs to be more than a niche corner of the experimental film field,” he adds. “But we’ll see how it evolves in the next five years, now that 3D blockbusters and 3D TVs are becoming less common; questions of flatness and depth and spatial illusion – these deeply modernist questions – are firmly rooted in the avant-garde. I don’t see these interests disappearing, regardless of how our technologies progress. Plus, there are some new Avatars on the horizon, so anything can happen!”

This brings our conversation back to Williams’ own progression. From the manipulated visual fields of Coorow-Latham Road and his 2012 short Depart [►], he’s branched into anaglyph with great success and recognition and with PROTOTYPE has firmly entered the world of polarised 3D. “It’s a progression, but I’m not committed to never going back. I made both anaglyph and polarised versions of my short Something Horizontal, and I continue to offer both to people who want to show the film.

“Polarised is better for certain things – namely colour, and it also doesn’t have as much ‘crosstalk’ in the image – but then the anaglyph format has its own qualities, its own language, that I can see being useful to me again in the future. For one, it has this beautiful, purple shimmer. It’s irresistible! But I also recently discovered a format called ColorCode, that’s similar to anaglyph, but uses different, supposedly more refined filters; one eye is amber, the other a deep, sultry blue. I just bought some glasses and it’s pretty wild!”

Related to Blake Williams on PROTOTYPE: “Artists are only beginning to discover the full capacity of 3D”