New times: rethinking the story of US indie cinema

B. Ruby Rich reflects on developments in US underground, alternative and counterculture film and video making from the 1960s to the 90s.

☞ An introduction to B. Ruby Rich 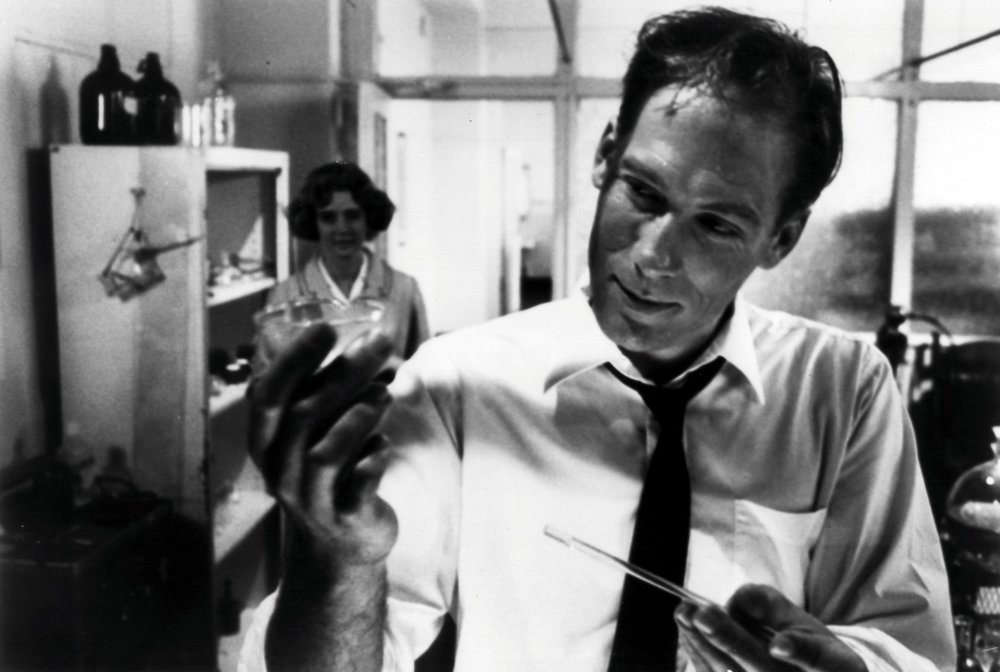 Decades have never divided neatly according to the calendar’s arbitrary demarcations, and the 90s is no exception. To anyone attempting an overview of US independent film and video in this moment of global remodelling, the signs and portents are indecisive. Of course, there’s always a case to be made. And I’m game enough to try it, having recently completed my own course of self-renovation, abdicating my ten-year bureaucratic post to return full-time to the keyboard.

My arc of employment is not incidental. When I first accepted the job as director of the Film (and, eventually, Electronic Media) Program for the New York State Council on the Arts, Ronald Reagan had just won the presidential election. I intended to stay the course through four years of Republican rule and then return to the fray. Instead, Reagan was re-elected. I held on for another four years, determined to preserve funding for the film and video culture I cared about so much. Then George Bush won the next election. I was losing my battle to outstay the Republicans.

In a very real way, however, the film and video world has outstayed the Republicans – or, rather, outflanked them. In 1981, independent film was rapidly coalescing into a hierarchical pyramid, with dramatic features – home-grown art cinema – at the top, documentary shunted aside, and short work nearly obsolete. Investment replaced public funding, filmmakers acquired guild training in film schools, and much of the field changed from oppositional sector to industry affiliate. By 1989, when Steven Soderbergh’s sex, lies and videotape made a splash at the Sundance Film Festival, he could tell a national radio audience that he didn’t consider himself a part of any movement.

He was telling the truth. Despite the exceptions (like Michael Moore), documentary filmmakers were shut out in the cold, as the public television system and the National Endowment for the Humanities became politicised and, that done, retreated from previous support. Ken (The Civil War) Burns, with his corporate support, became the new golden boy.

Something had to give, and something did. Contradictions abound. In the commercial zone, Spike Lee led a wave of black filmmaking that arrived in synch with rap music’s crossover appeal and changed the colour of Hollywood right up to this year’s Academy Award nominations. In television, cable offered the promise of public access, and grassroots advocates seized on models like Paper Tiger or Deep Dish to redemocratise the medium. Commercial upstarts like MTV and the various ‘reality-based’ television shows, despite their obvious drawbacks, offered models of boundary-crossing and ‘genre-bending’ to enliven aesthetics debates. In video, the invention of low-cost, low-tech equipment like Hi-8 and Super-VHS destroyed the old hierarchies of format, revolutionising production.

Nineteen eight-nine, 1990, 1991, 1992. Culture became a battleground in the United States. The reproduction of the image in film, video and photography are at the centre of the attacks. The right wing found a cheap way to get attention; the Soviet Union ceased to exist; the forces of anti-communism needed a new target; enemies had to be found within.

OK, that’s part of the story. But there’s more. The 80s had been a time of shock over Aids, but by the end of the decade, responses were forming that went beyond the literal necessities of health care or governmental response: works began to emerge that could put love into conversation with rage and that could fashion, out of emotional trauma, a cultural response.

For women, emerging from the Sex Wars of the 80s, questions of sexual identity became increasingly central. For lesbians, negotiating anew the ambiguous terrain of object choice and/versus identity, video became an essential route. Art, in other words, began to assume once again its age-old function as an agent of transformation, a method for making sense of the world, a vehicle for change at the level of consciousness, if not socio-political organisation.

It is fortuitous, to be sure, that these shifts of need and desire on the part of gay men and lesbians coincided with a refashioning of video and film aesthetics. “As far as I’m concerned, video is the 16mm of the 90s.” Thus spoke an undergraduate in my documentary film class at Berkeley this spring, forced weekly to reconcile Joan Braderman with Jean Rouch, or Sadie Benning with Errol Morris. She isn’t wrong. Emerging from art schools instead of guilds, video today displays the spirit of invention and transgression that long ago characterised ‘experimental’ film.

To explain the force of lesbian and gay film/video in the 90s, you’d have to add to technological and aesthetic evolutions the infinitely more essential, and unpredictable, element of historical synchronicity – that moment when the artist and her/his culture, historical forces and aesthetic expression all line up like stars over a Mayan temple (sorry, I just visited the Yucatan) and achieve critical mass. It’s happened before. In the 60s, ‘underground’ filmmaking found a match in the alternative press and ‘counterculture’ expressions, leading to its ability to embody the aspirations and preoccupations of its time. In the 70s, the feminist movement gave an impetus to women’s filmmaking that managed to merge aesthetics and empowerment, much as the chicano movement had emboldened the work of chicano filmmakers, and the civil rights movement facilitated the rise of black artists in television, documentary and eventually feature production. In the UK, in the 80s, I suspect it was a similar sort of resurgent energy, combining film education with community politics and a new television channel, that led to the growth of the black workshops and to the stylistic daring of their film productions.

Today, in the US, there is a search for origins and identities that is motivated, in part, by that collapse of old categories. The fossilised model of the ‘two avant-gardes’, predicated on a binarism of form and content, has, today, become irrelevant to a 90s film/video praxis that proceeds from newly negotiated subject positions and repositions both artist and audience. For filmmakers like Camille Billops and Marco Williams, autobiography is a means to a new black documentary style. For Trinh T. Minh-ha, the repositioning of cultural anthropology provides a meta-critique of fact-based filmmaking in general. For young women of colour working in personal forms of film and video, Julie Dash has become a model of how to reconcile emotions and narrative with cultural specificity. For a new generation of lesbian and gay male artists, genre lines are being ignored entirely in the effort to express a new ‘queer’ (for all the problems with the word) sensibility (ditto).

Toni Cade Bambara has spoken of the importance of what she calls the “authenticating audience”. It is this connection between film- or video-makers and their communities that animates work, sparks stylistic evolutions, and brings about profound changes in the canons. It is this connection that is fuelling the explosion, at the level of both production and reception, in gay male and lesbian films and videotapes today, making the phenomenon impossible to ignore.

Whether there’s a whole new movement coalescing here or simply a return to older trends, or even a false start, is probably impossible to assess at this moment. But read the signs. In San Francisco this year, for instance, the gay and lesbian festival that’s been presented annually for 16 years went ballistic: submissions of films and videotapes rose from 170 last year to 270 this year, and attendance increased 100 per cent. The combination of ACT UP activism and right-wing attack (Todd Haynes and Annie Sprinkle last year, Marion Riggs now) has created a passion in the public to see what all the fuss is about and to legitimate these targets with its presence. With gay and lesbian studies proliferating in academia, and new journals and magazines starting up overnight, support for a new cinema and video is clearly present.

The push and pull of heroism and demonisation is giving rise to new work which, originating in the concerns of US gay and lesbian communities, bounces its meanings back over audiences more numerous and diverse than any responding to such work before. At the Sundance Film Festival, in Berlin, at the New Directors Festival this spring in New York, pride of place went to the ‘queer new wave’ of US films on gay themes by young filmmakers like Christopher (The Hours and Times) Munch, Gregg (The Living End) Araki, Tom (Swoon) Kalin. Meanwhile, from the Walker Art Center to the Museum of Modern Art, lesbian video has been burning new subjectivities on to the video monitors and retinas of its audience, from Jean (L Is For the Way You Look) Carlomusto to Sadie (It Wasn’t Love) Benning to Cheryl (She Don’t Fade) Dunye.

Past and present are merging in new fantasies of introspection, revision, and recuperation. A black woman in search of a new girlfriend finds the wrong one, as her white friend faces the audience and tries to narrate her progression. Scenes of lovemaking are interrupted by instructions to the crew, while actors deconstruct their own characterisations. A teenager finds the girl of her dreams, but their road movie never gets out of the parking lot. Black and white low-tech images underline the immateriality of desire. Two men, both HIV positive, decide they have nothing to lose. The structure of porn coincides with that of post-modern narrative for a new version of picaresque adventure. Boys hot on sex and crime suddenly appear in a courtroom cleared of women, with psychology displacing realism in the construction of physical space.

Inevitably, the arrival of these sorts of films and videotapes will retroactively create a new canon out of their antecedents. As a result, I suspect the history of US independent cinema itself, from the 60s through the 80s, may be up for some reconsideration and refashioning. The boys of the ‘New American Cinema’ – Kenneth Anger, Gregory Markopoulos, James Broughton – are going to look different from this new vantage point. Carolee Schneeman is already undergoing a revival, as is Shirley Clarke in her Portrait of Jason phase. Parker Tyler is overdue for rediscovery. George Kuchar, having made the transition from film to video, is probably the single most important figure in the popularisation of ultra-low-budget video-making, one of the first to make even the art world sit up and take notice of Video-8 as a serious medium.

If the revision of avant-garde film history is righteous, then the women of this tradition, however rare, have to be heeded as much as the men. To be sure, they’re harder to find, given the conditions of production of this work. But gender inequity remains the downside of ‘queer’ culture. Should Andy Warhol emerge in a new guise, per a revisionist queer history, Valerie Solanas had better command our attention, too.

Access the Sight & Sound digital archive to read all B. Ruby Rich’s writing for the magazine, including:

Slugging it out for survival

Day of the woman

Out of the rubble