Merata: the Maori film legend and her legacy

Pioneering filmmaker Merata Mita was “the spark that actually set the fire” for indigenous cinema, as a new Netflix documentary about her by her son Hepi reminds the world. 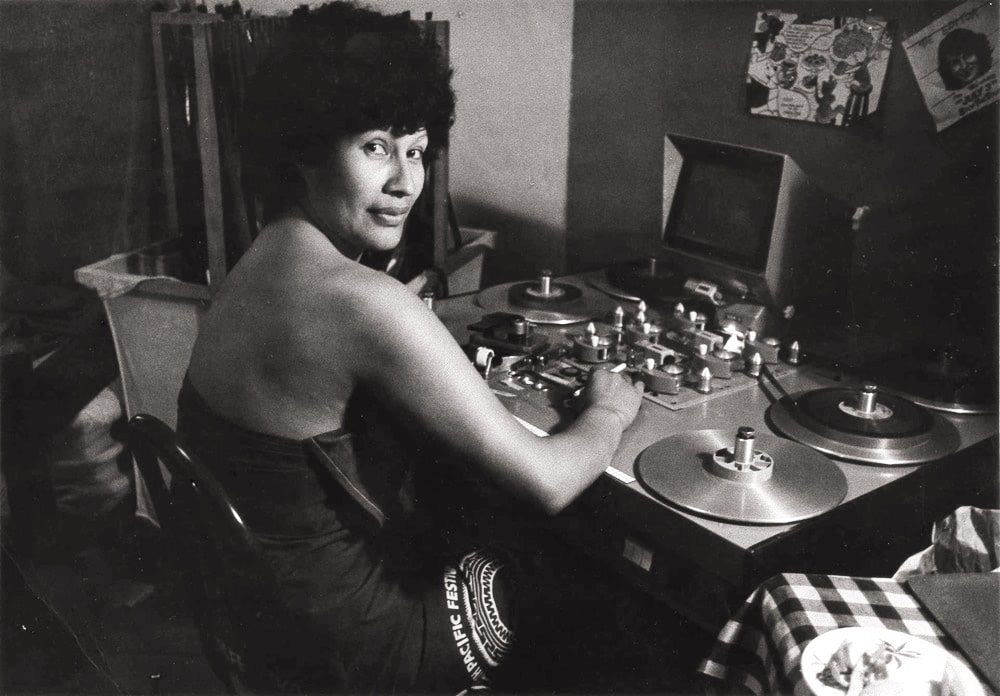 Merata Mita in Merata: How Mum Decolonised the Screen

Merata Mita is so well-known in New Zealand that, like Madonna or Jacinda, she can go by her first name – as indeed she does in the title of her son Hepi’s documentary about her, Merata: How Mum Decolonised the Screen. The first Māori woman to make films, Mita, of the Ngāti Pikiao and Ngāi Te Rangi iwi (people or nation), was born in Maketu, North Island, in 1942, where she had a largely traditional upbringing on her whānau’s (family’s) land – one that included seeing Scott of the Antarctic projected on side of the marae (community longhouse).

Merata: How Mum Decolonised the Screen is available to stream on Netflix.

That’s just one of the stories told in Hepi’s documentary, which we see the filmmaker piecing together painstakingly from his mother’s work, interviews with her, and his own interviews with his family. The film offers a still-too-rare opportunity to engage with the archives and living presence of an essential Indigenous cinema. It’s available on Netflix in the UK, and distributed by Ava DuVernay’s grassroots collective ARRAY in the US, having premiered at the start of 2019 at two leading international film festivals that both pay tribute to Mita’s impact.

Sundance has its Merata Mita Fellowship for Indigenous Artists; three winners of that programme have travelled directly to the Berlinale’s NATIVe programme of journeys into indigenous cinema, which this year concluded five years of explorations with a focus on Indigenous cinemas of the Pacific, particularly the work of women filmmakers. By considering Mita’s wider activities in the film community as mentor, producer and instigator as part of her filmmaking, Merata documents the process whereby the NATIVe programme indirectly came into being. “It’s not only carrying on her legacy, it’s because of her legacy,” Merata concludes, a subtle but significant distinction that keeps Mita’s own cinematic work squarely in the frame. 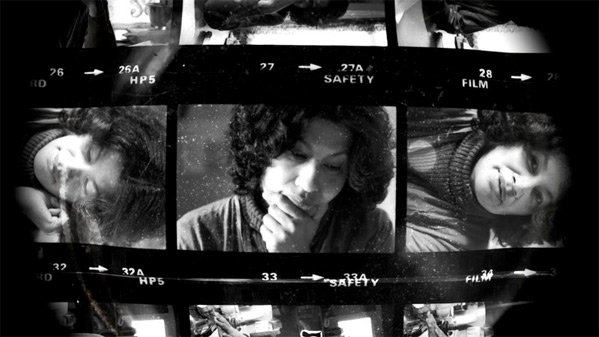 Merata Mita in Merata: How Mum Decolonised the Screen

It was as an active filmmaker, moving between documentary and fiction, that Mita acted as “the spark that actually set the fire” for Indigenous cinema, as Jesse Wente (Ojibwe, Serpent River First Nation), the first director of Canada’s Indigenous Screen Office, says in the film.

Wente is referring specifically to the 1984 meeting, at a festival in Guelph, Ontario, between Mita and her Canadian sister-in-arms, Abenaki documentary-maker Alanis Obomsawin. Obomsawin screened her landmark documentary of that year, Incident at Restigouche, which brought the Canadian government’s treatment of First Nations people to international attention through its verité documentation of a police raid on the Restigouche Reserve in Québec, home to the Listuguj Mi’gmaq Nation.

Mita screened her world-famous – and world-changing – documentary Patu!, shot in and through the extensive anti-apartheid protests that confronted a South African rugby tour of New Zealand in 1981. The film was only completed in 1983, delayed by police surveillance of the filmmaker and the withdrawal of government funding. 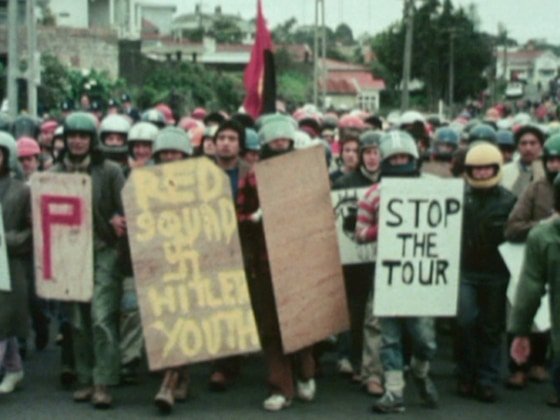 As her son’s documentary reveals, Patu! changed Mita’s life in multiple ways. On the one hand, it led to international acclaim; on the other, to complications at home. Patu!’s fans included Desmond Tutu, and the film emerged in an era of women’s film festivals in Europe and North America that proved eagerly receptive to Mita as a Polynesian woman filmmaker whose film spoke to international audiences because of the international reach and impact of colonisation. She would spend increasing amounts of time in the US, including making a documentary about the Million Man March, and working in Hollywood alongside Geoff Murphy, the white New Zealand director of Utu (1983), on which Mita was a cultural adviser. Murphy became Mita’s third partner, and the father of Hepi, her youngest child.

While Mita continued to make films in New Zealand and mentor younger talents – Taika Waititi (Te Whānau-ā-Apanui) says in the film that Mita brought “irreverence and humour” as co-producer on his debut film Boy (2010), released the year of her death – her post-Patu! relationship with the country was contentious. The filmmaker herself said, in an interview quoted in the documentary, that “the personal cost was too high. There was too much against it.” 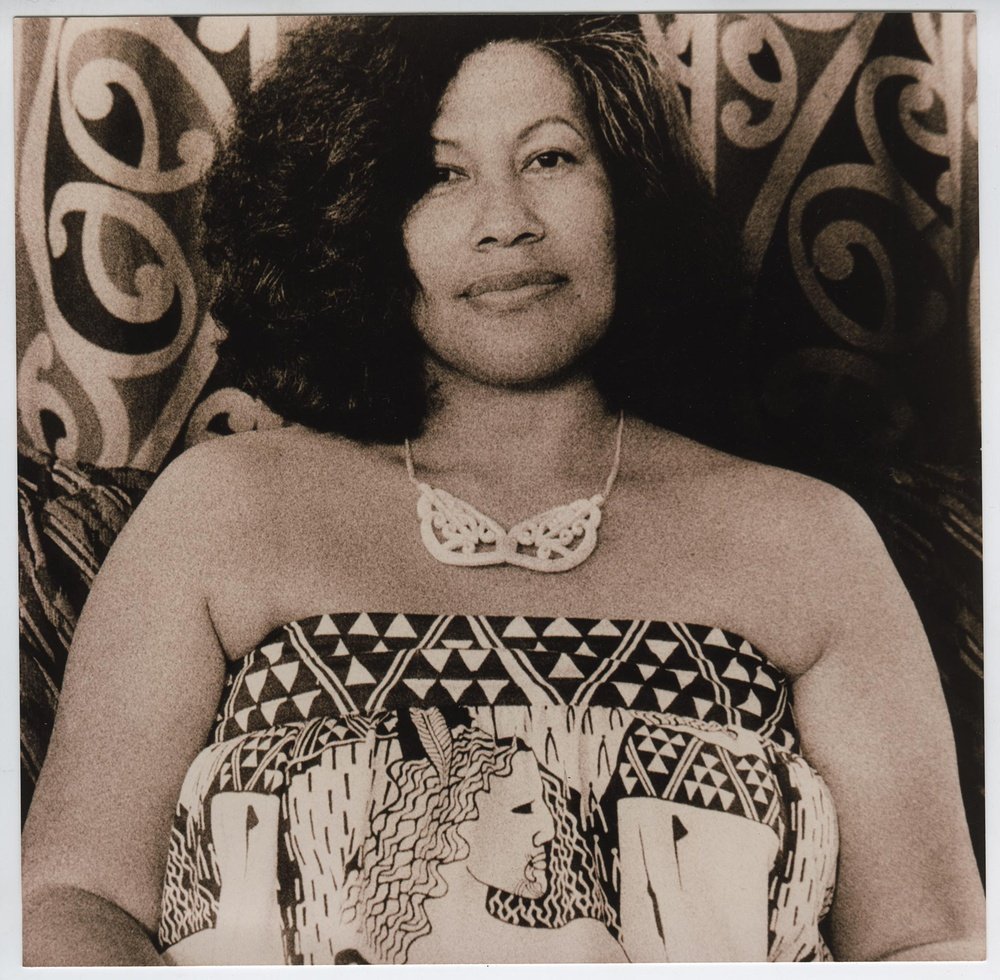 Merata is not only a near-perfect bio-doc, but offers, necessarily, a primer on colonial relations in New Zealand, which the story of Patu! constellates. Fifty-one per cent of the New Zealand population were opposed to the Springboks’ tour in 1981, and many thousands got involved in the protests and pitch invasions, which drew parallels between apartheid South Africa and the oppression of Māori communities in New Zealand. The government supported the tour, and a complaint was raised in parliament about the Arts Council’s initial funding for a film that it labelled “anarchist”, making the project national news.

Anyone who imagines that New Zealand practises a gentler colonialism will be disabused of that notion by this film: Mita unflinchingly captured brutal racism and police violence, even as she was also experiencing them in private. Her older sons remember police raids with dogs on their family house while she was shooting; they were beaten and their mother was strip-searched. When the footage was in the can, the police tried to remand it as evidence. “We called it evidence, too, but of police brutality,” her son Richard tells his younger brother behind the camera.

This was not the first time Mita’s children were involved in her filmmaking – they also attended the protests, helping her film them – and it wouldn’t be the last. Weighing up the deeply traumatic experiences of his siblings and their evident love for Mita, who made a home for her extended and blended family in Hawai’i, Hepi concludes in his voiceover that “Only a mother could have done the things she did… It wasn’t money or power or war that decolonised the screen. It was a mother’s love.” Mita said in an interview about Patu!, “but when you have kids, you have an investment in the future, and you come out fighting again”. 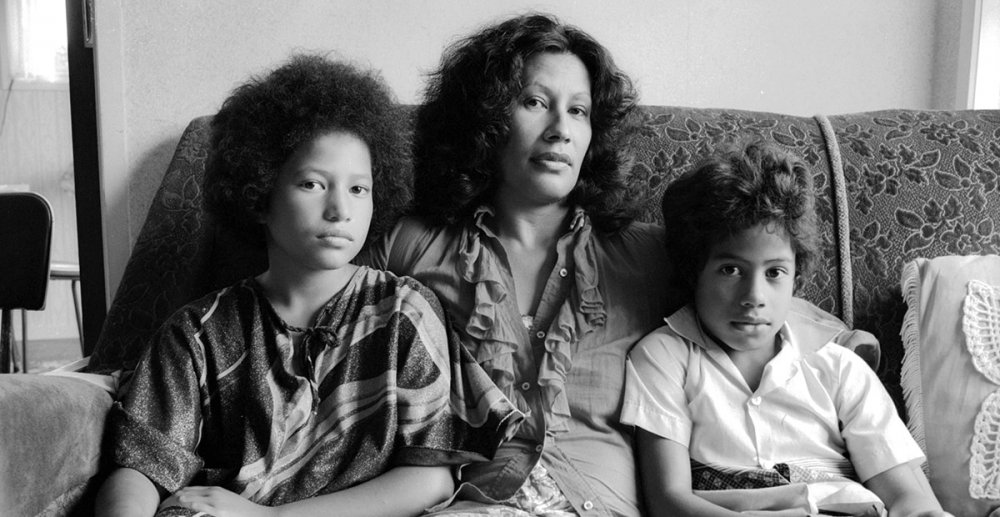 Mita with two of her children

As Merata shows, Mita’s entire life was a fight – one that Hepi continues with this documentary that looks not only to secure Mita’s legacy but enlarge it. He includes footage from her completed films as director and from her many interviews for television documentaries (her complete filmography is on NZ on Screen), but also footage from unfinished films, projects she lacked the time and financing to edit, including footage of a treaty march and an interview with a young Robert Mugabe.

The film is thus a tender and thoughtful balancing act between two modes of biography: one that Hepi, working with the archival footage, describes as being “amongst the trims and offcuts”, a reflection on the frustrations of a fragmentariness painfully common to the careers of women-of-colour filmmakers; and the other, a refusal to let that fragmentation, enforced by the continuing legacies of colonialism, dictate the narrative of a life lived fully, and in absolute personal and political cohesion.

The link between Mita as a mother and her decolonial work becomes the central thread to depicting both the fragmenting impact (psychological as well as practical), and her resistance thereto. Hepi’s older sister describes all of her mother’s films as “home movies” because Mita, as a marginalised filmmaker, used what was available, and working within Māori tradition, centred her family in all its complexity. 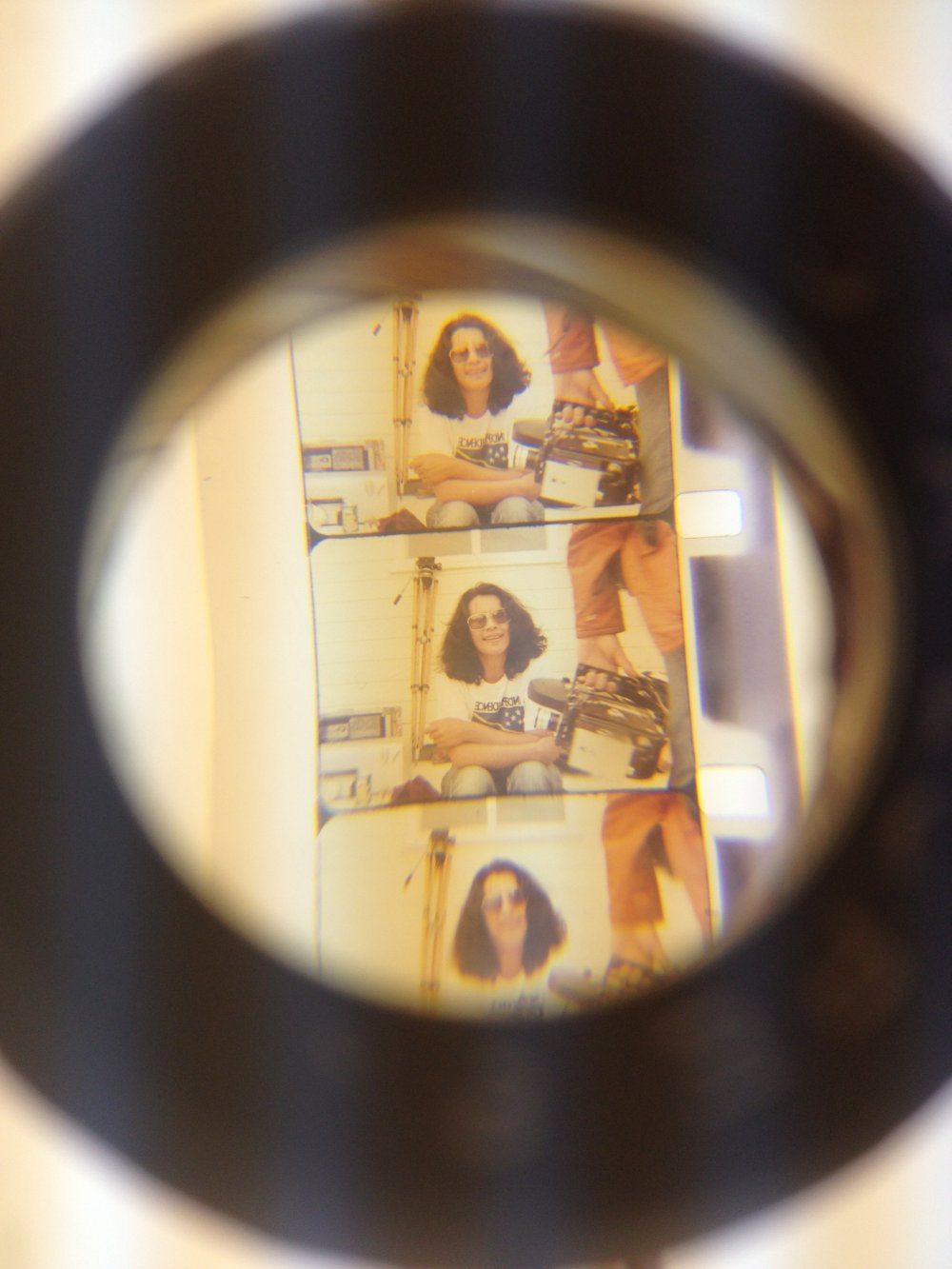 Merata: How Mum Decolonised the Screen (2018)

Her first brush with the media was as an interview subject for a 1976 New Zealand TV documentary, Māori Women in a Pākehā World, in which she is initially positioned as a single mother on welfare. Poised and informed, Mita talks forcefully about the cumulative effects of abusive landlords, lack of access to contraception and the isolation of having an abortion (which was partially legalised only for extreme situations in 1961, with no subsequent liberalisation to date), which led her to become an ally and advocate for Māori women in need of terminations.

Her visibility and articulate activism led to a role as cultural liaison for overseas documentary crews covering Māori subjects, and eventually to an invitation from the non-violent protestors of the Ōrākei Māori Action Committee, who had been re-occupying Ngāti Whātua land at Bastion Point (Kohimarama) for nearly two years, to tell the inside story. Knowing a police and army raid was coming, the elders on-site asked Mita, cinematographer Leon Narbey and Gerd Barney to attend with cameras – the police, of course, immediately covered them, as their film Bastion Point Day 507 (1980) shows. 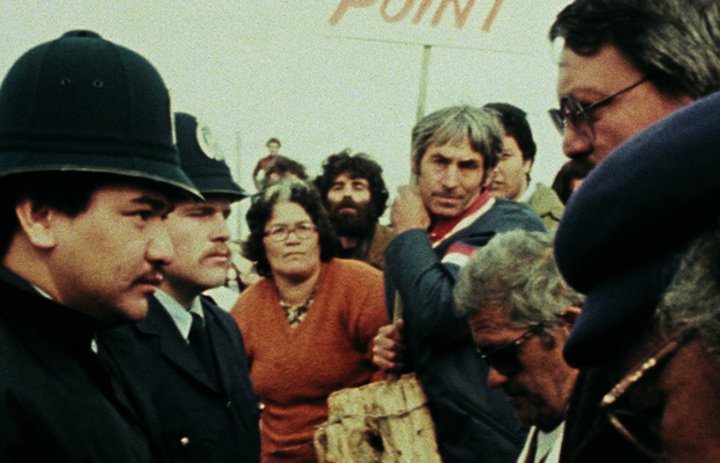 “From that day forward,” Mita says in an interview excerpted in Merata, “I have become fearless because it was as if I’d become part of something bigger.” It took two years to edit the film’s 26 minutes with little funding support, under pressure to complete it before the elders, whose approval she both needed and wanted, passed on.

Her fearless leap into Bastion Point Day 507 led to work on a Māori-language TV show called Kohat, and then to Patu!, and eventually to her fiction feature Mauri (1988) and her international career as a documentarian, producer, mentor and “capacity builder for Indigenous cinema”, in the words of friends and colleagues from Hawai’i interviewed by Hepi. 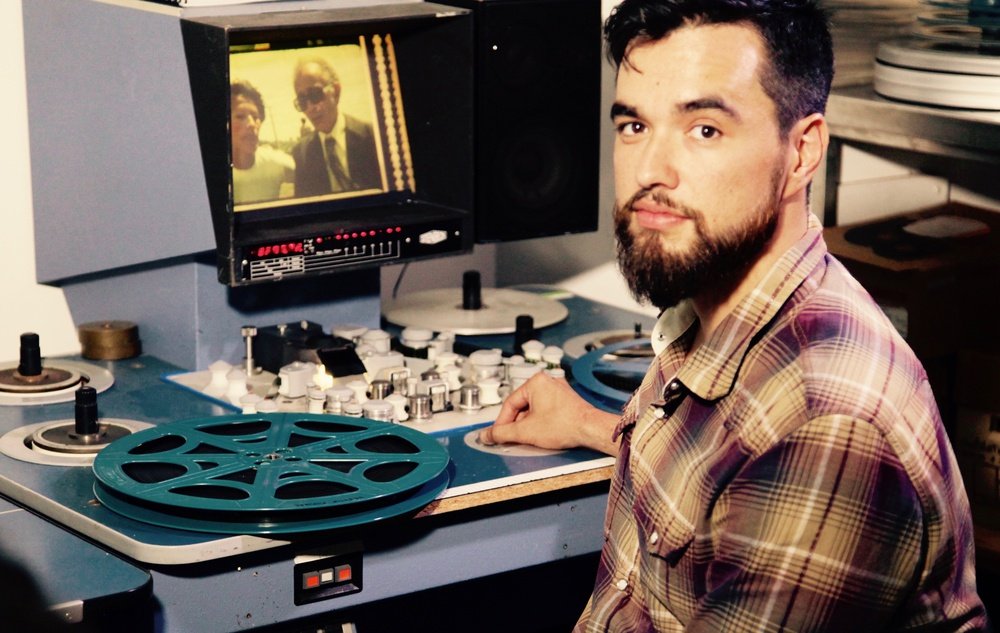 While it’s her later legacy as capacity-builder that is most visible to audiences outside New Zealand, particularly through her work with the Sundance Institute, it is both chilling and fitting that Bastion Point Day 507 has re-arisen in national consciousness this summer in New Zealand, as acting Prime Minister Winston Peters insists – thus producing the opposite effect – that the current occupation of Ihumātao “is not like Bastion Point”.

The peaceful occupation, led by local Māori law student Pania Newton, has been in place since 2014, protecting a site of significant historical and spiritual importance – home to New Zealand’s earliest inhabitants – from housing development.

Simultaneous with the intensifying of the standoff at Ihumātao in July 2019 has been a national series of marches “calling for an overhaul of the government’s child welfare agency, Oranga Tamariki [Ministry for Children], amid a series of controversial cases in which Māori children and newborns were taken into state care,” according to Eleanor Ainge Roy for the Guardian. Their coincidence both calls out for a director with Mita’s vision to be on hand, and salutes her role in the survivance of Māori culture and community, and its national and international standing.

“It’s not only carrying on her legacy, it’s because of her legacy.” Along with, and as part of the decolonial political change, here’s hoping that this documentary brings Mita’s films back to international screens, as a matter of urgency.

Related to Merata: the Maori film legend and her legacy