“We will be the mainstream”: female filmmakers talk revolution in Seoul

At the Seoul International Women’s Film Festival, a new generation of politically engaged feminists flocked to see female directors and their trailblazing films. 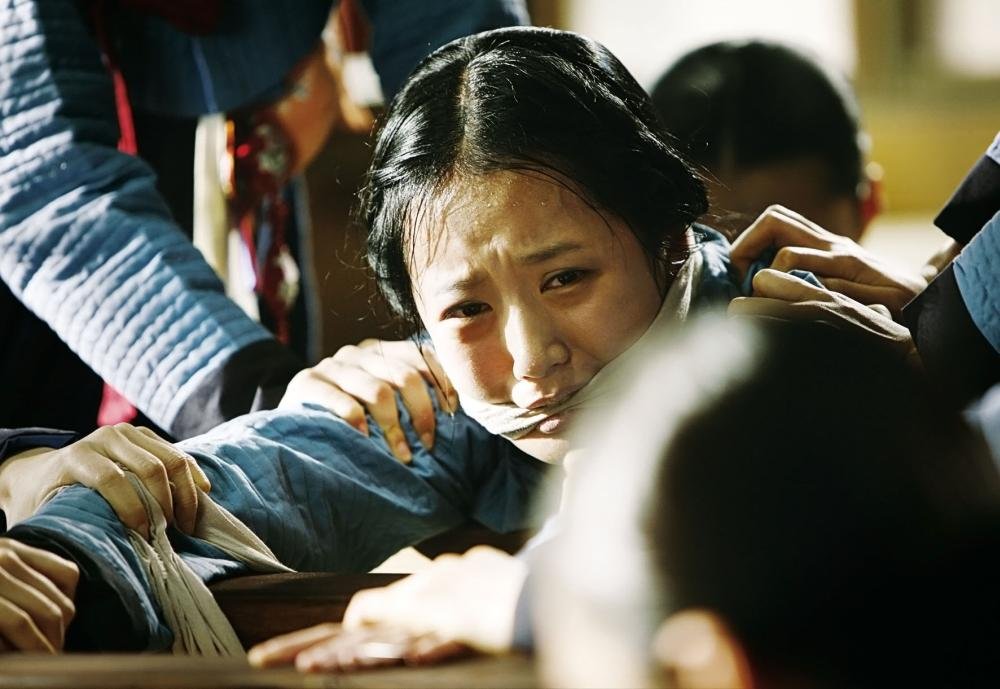 “It’s great that this festival is here,” said Agnieszka Holland, officially opening the celebratory Night for Women in the Film Industry centrepiece of the 19th Seoul International Women’s Film Festival (SIWFF). “And it’s great,” she continued, “that there are so many women now making films. Next year there will be more, in two years more, and in ten years, we will establish the first men’s film festival. My sisters, we will be the mainstream.”

The Polish director, whose Silver Bear-winning feature Spoor opened the festival, was on fine form in Seoul, where she gave a popular masterclass. Holland told me that two other Korean festivals had bid to premiere Spoor but that she and the sales agent had both gone for SIWFF, “in solidarity, because I really like to support women’s film festivals, especially with this film [an eco-feminist thriller with an older female lead]. And the audience got the film – especially the questions of ecology.” 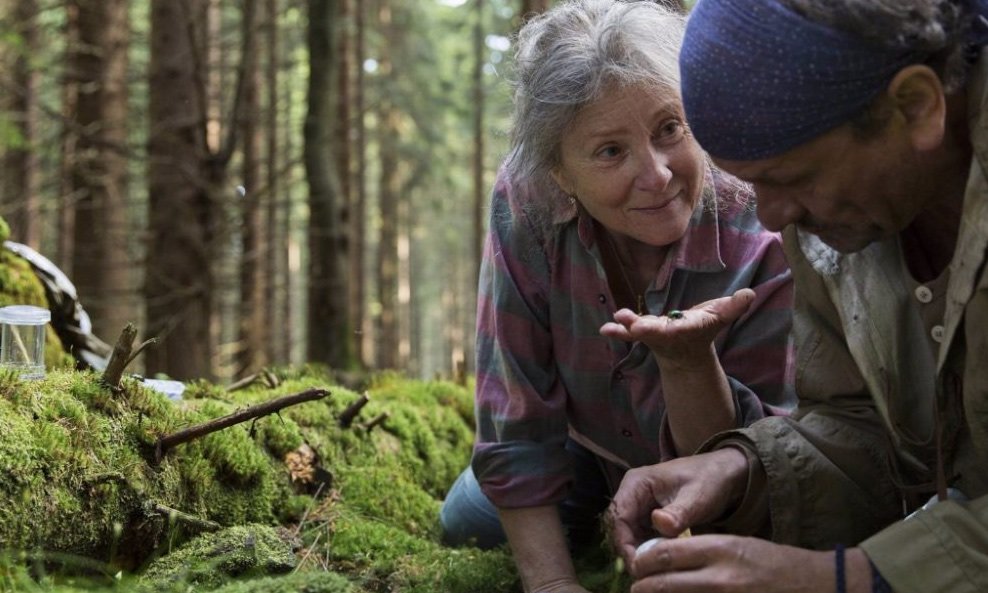 Adapted from Drive Your Ploughs Over the Bones of the Dead by its author Olga Tokarczuk, Holland’s first feature since In Darkness (2011), “became more relevant after the change of government in Poland” in 2015, which was followed this year by large-scale protests against attempts to drastically repeal the abortion laws.

Like Holland’s film, SIWFF found itself becoming more relevant as South Korean – as well as global – politics shifted swiftly backwards over the last year, particularly on civil rights. When the 18th edition of the festival took place last June, what became known as the Candlelight Revolution was just about to kick off on the Ewha Womans University campus, which is just a few minutes’ walk from the festival cinema, Megabox Sinchon.

That protest began with the seemingly small detail of the illegal admission of a student revealed to be the daughter of Choi Soon-Sil, the friend and spiritual mentor of then-president Park Geun-hye. In less than a year, adding its voice to the yellow-ribbon vigils that followed the Sewol ferry disaster, the Candlelight Revolution led to Park’s impeachment, Choi’s arrest and corruption trials facing the country’s major corporations. 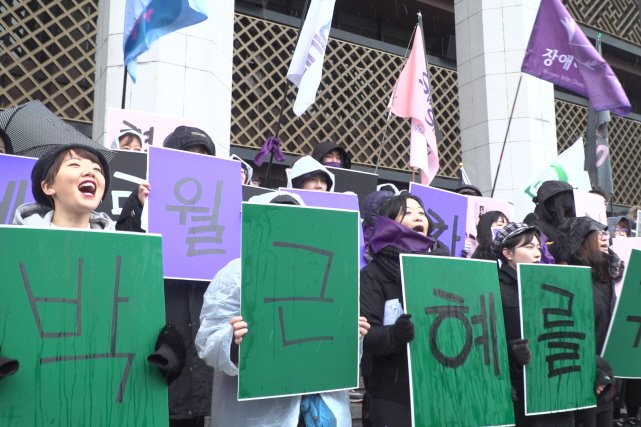 While the millions who protested in front of the Gwanghamun Palace and the National Assembly every Saturday night through late 2016 did not all flock to SIWFF 2017, audience numbers were up dramatically, noted festival director Kim Sunah. By mid-festival, the number of sold-out screenings had already surpassed the number for the entire 2016 edition, and it was evident to Kim and her programming team that one constituency was responsible: the very same people who started the Candlelight protests. Known as the ‘young-young feminists’ (a generation down from Korea’s 1990s ‘young feminists’), they turned out in their hundreds, as programmer Hyeyoung Cho (a ‘young feminist’ herself) observed.

According to Cho, the young-young generation are highly active on Twitter, but they are also looking for models for how to organise in real life – including signing up to volunteer for the festival. She argued that while these new audiences came to the festival to watch up-to-the-minute documentaries about their own moment, such as Kangyu Ga-ram’s Gwanghamun observation Candle Wave Feminists (2017) and Park Soo-hyun’s Sewol ferry meditation For Now For Today (2017), they also showed up in numbers for the Feminist Film Classics programme, which focused on films from the global second wave, 1968-83. 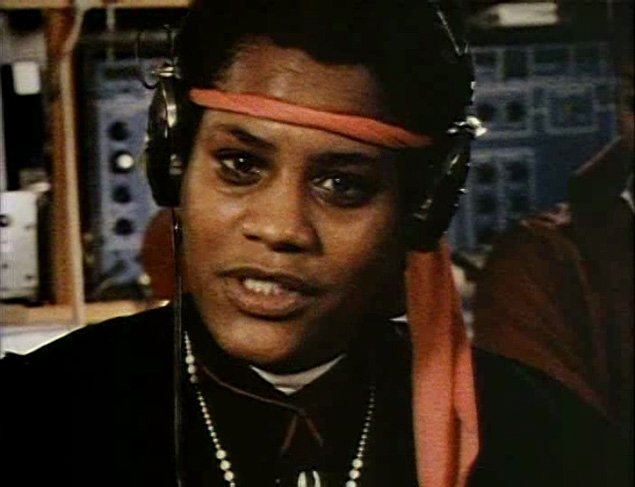 In particular, they had many questions for another filmmaker guest, Lizzie Borden, whose Born in Flames (1983) screened in DCP from its recently restored 35mm print. Borden told me that, at both her screenings, she was inundated with questions about how to translate the Women’s Liberation Army’s resistance methods shown in her film (which is set in a future-present ten years after a socialist revolution has swept America) to the situation in Korea.

As Kim Sunah explained, the candlelight feminists’ protest had grown to address violence against women, not only (as Kangyu’s film shows) in Gwanghamun itself but more dramatically in response to a femicide that took place in a unisex bathroom near Gangnam Station in the capital in 2016, and which galvanised the young-young wave. The murderer stabbed a woman unknown to him with a sushi knife, because – he told the court – he “hated women”. Many of the Korean shorts submitted to the 2017 festival, Kim observed, were concerned with learning self-defence – echoing several montages in Born in Flames.

As former festival board member Eun-Shil Kim, professor of anthropology at Ewha Womans University, explained to me, the broader political sense of disappointment in Born in Flames, as the supposed ‘revolution’ rolls back women’s rights, also finds its echo in contemporary Korea. While international news media have portrayed the new centre-left president Moon Jae-in as a liberal, he is opposed to abortion and same-sex marriage. At the same time, the impeachment of president Park has been the cue for thinkpieces suggesting that women are unfit to govern.

Perhaps it’s unsurprising then that, of the new international films, the one that came up in conversation again and again as I talked to audiences was Sally Potter’s The Party (2017). Listed as “the most anticipated film of the year” in the programme, Potter’s subtle and serious farce about the travails of left politics resonated deeply with the Korean audiences, eliciting waves of laughter and applause for its depiction of gender and governance troubles through the medium of an all-cards-on-the-table dinner party.

During the week of the festival, two of Moon’s new cabinet members were forced to resign over pending sexual harassment investigations, and the new president’s disregard for women’s rights has clearly added to feminists’ growing sense of exclusion and intimidation in public space and discourse. With well-attended special panels on young-young feminists and the Candlelight Revolution, as well as on Gender in the Film Industry, SIWFF is clearly positioning itself as an activist forum as much as (and entwined with) an auditorium, a highly significant counter-public space for both local and transnational organising, where the Network of Asian Women’s Film Festivals (NAWFF), including Women Make Waves in Taiwan, flexes its growing power.

Calling out the “increased amount of hatred towards women in Korean society”, the festival’s chair Lee Hye-gyeong closed SIWFF by taking this year’s slogan as a rallying cry: Occupy Screens! As Lee pointed out, the festival this year revived its Park Nam-Ok award to enable just that. The generous award is given to emerging female filmmaker in honour of Korea’s first female filmmaker Park, whose luminous 1955 first (and only) feature The Widow screened this year at the festival (as it did at the first festival in 1998). 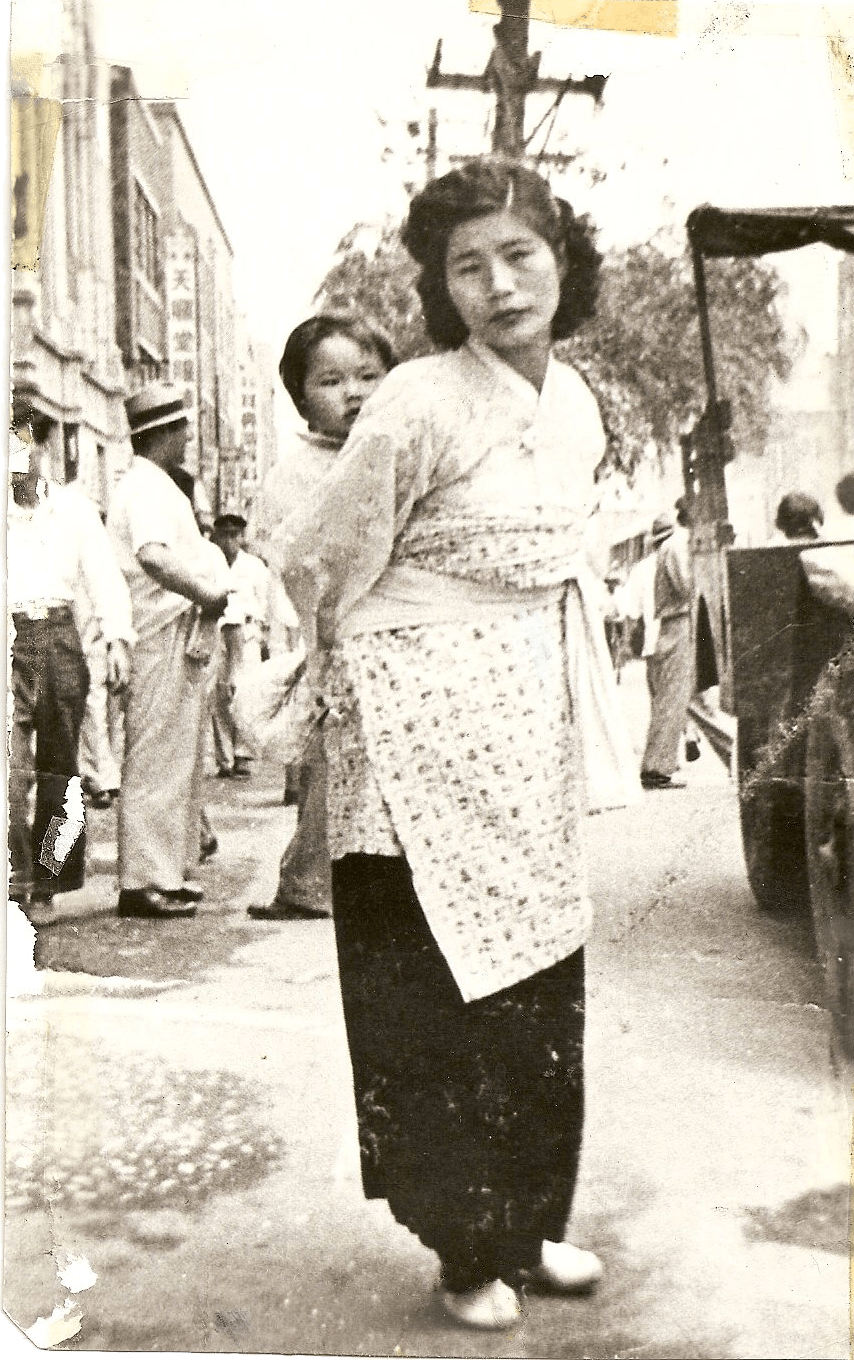 The need for such an award was marked not only by the heartbreaking story of Park’s failure to make another feature, but by the fact a decade has passed since this year’s winner, Kim Meejeung, was able to make her debut, Shadows in the Palace, winner of Film of the Year at the 2007 Korean Women’s Film Awards. The prize money is intended to enable her to make a second film. Kim has become a parent in the subsequent decade, and spoke movingly in her acceptance speech of the haunting and inspiring image of Park shooting The Widow “with her baby on her back… It reminded me that I have to do everything possible to make my work.” 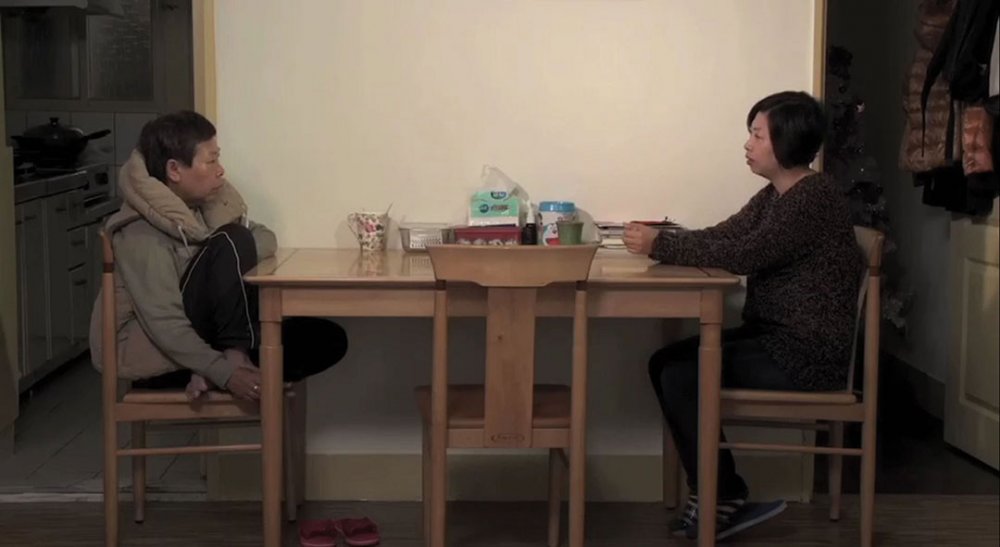 Meanwhile NAWFF award-winner Huang Hui-chen, the Taiwanese filmmaker whose charming first-person coming-out documentary Small Talk (2016) screened in the Queer Rainbow programme, accepted the award with both her mother and her young daughter accompanying her.

Holland’s ten-year ambition of sisters taking over the mainstream seems ambitious, but as the 19th edition of SIWFF showed, a coalition of international programmers, filmmakers and activist audiences have the ambition and – in the face of rising gendered violence – the urgent determination to bring it about. Next year’s 20th anniversary, following hard on the trial of president Park, will be the place to see it happen.