Cleverman: an Aboriginal sci-fi TV drama that delivers a thrilling cry for solidarity

Thought-provoking Australian TV drama Cleverman reflects a nation divided along racial lines but will resonate beyond its home soil. Its mixture of mythology, violence and political critique makes it essential viewing in an age of surveillance and institutional prejudice. 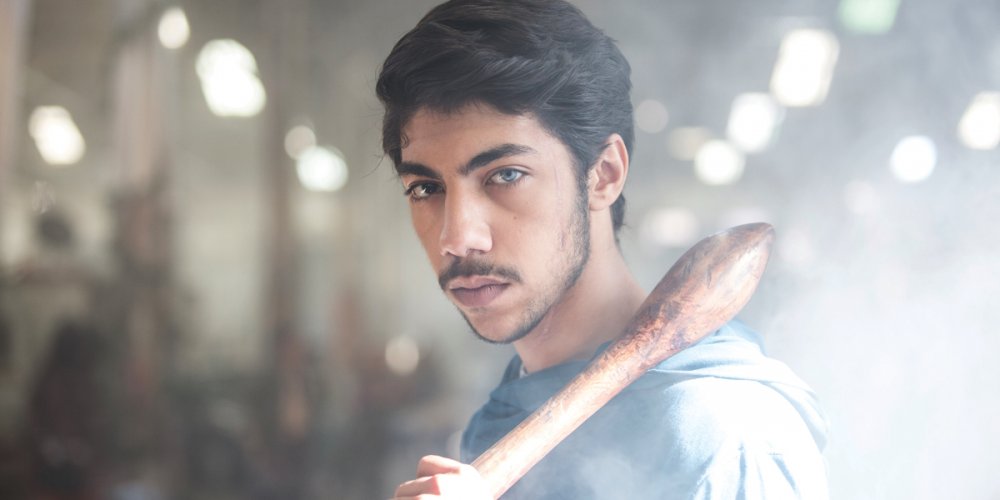 Spoiler warning: this review discusses plot points throughout the miniseries.

Cleverman starts on a night bus and ends on the barricades. The Sydney-set six-episode mini-series created by Aboriginal writer Ryan Griffen is both culturally specific – in an article for the Guardian, Griffen talked about respectfully negotiating Aboriginal cultural protocols in order to depict traditional stories and rituals – and broadly resonant. It’s about how we live now: surveilled within an inch of our lives, bought (or terrorised) by turbo-capitalists in cahoots with politicians and torturers, and detained for being different, until we decide when and where to take a stand, and in solidarity with whom.

All six episodes of Cleverman are now available to view on the BBC Three website.

Reflecting on indigenous land rights, the incarceration of asylum seekers, police racism, environmental destruction, the ethics of genetic manipulation, gentrification and government corruption, Cleverman is clever in many senses: it’s thought-provoking near-future science fiction delivered through pacy storytelling with an indigenous twist, but it’s also witty as well as bittersweet. The dark, spiky humour of new superhero shows such as Jessica Jones is apparent when Kora, an ancient spirit from the Dreamtime forced into a human body, learns only one word of English – and applies it to the show’s putative (and mostly idiotic) Cleverman, Koen West, calling him “Arse”.

It takes a full six episodes of disbelief, denial and disgrace for Koen to find his way to the top of the barricades, with his nulla-nulla (the Cleverman’s club) in hand. A cynical bartender and people-trafficker, Koen is as surprised as anyone when he inherits the spiritual leadership of his mob – although perhaps not as surprised as his older half-brother Waruu, formerly the Zone’s community leader, who had trained himself to become the Cleverman since his childhood. Familiar fraternal resentments spill out into violence that affects not only their family and friends, but the fate of all those who live in the Zone.

​A fenced-off area of warehouses and council flats, the Zone is home to a fractious coalition of the marginalised: Aboriginal families such as Waruu’s, poor white people, and the Hairypeople, who are not permitted to exit the checkpoint-strung Zone. Hairypeople, also known as Hairies or (in government and media parlance) subhumans or subbies, are figures from Aboriginal mythology. A shy species – bipedal like humans, but hirsute, long-lived and physically powerful – they emerged into the human world only six months prior to the beginning of the show’s narrative, presumably due to the human world encroaching on their remote locations. Waruu mediates between the human and Hairy communities in the Zone, creating a fragile – if basic – refuge that contrasts with the Containment Agency’s brutal detention centres and shoot-to-kill policy. 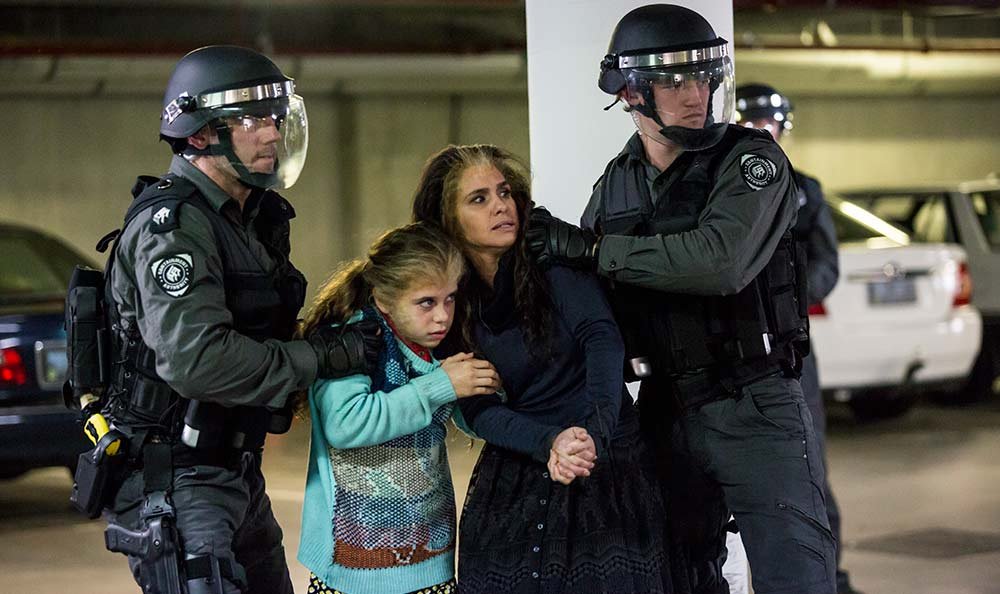 ​While drawing on traditional stories, the choice of the Hairypeople also intersects with the ongoing racial politics of hair, as manifested in the US case brought by the Equal Employment Opportunity Office on behalf of Chastity Jones, who was refused a job because of her dreadlocks, which it lost.

The physicality of the Hairies’ difference is of a different order from the “prawns” in District 9 (Neill Blomkamp, 2009), with which the show could be compared. Rather than spectacular, overt SFX and lurid prosthetics, the Hairies’ hirsuteness is realised by naturalistic effects from the Weta workshop, based on designs by Jake Nash of the Bangarra Dance Theatre. The effect is one of excess rather than total alienness – the Hairies can “shave down” and pass as human – and the practical effects, often shown in close-up, achieve a level of lived-in, almost palpable realism that contrasts sharply with the deliberate visual thinness of the digital FX that create the floating screens and drone camera shots that belong to the technologically driven white settler world.

Drawing on – or rather, drawing out – a common trope for depicting urban people of colour in contemporary action films, the Hairies’ speed and strength is expressed through superb parkour skills that keep them one step ahead of surveillance: but their abilities also attract the more sinister purposes of Jarrod Slade.

The main white character (slimily played by Iain Glen), Slade is a multi-millionaire scientist and media mogul who, as the show slowly reveals, is controlling both the Containment Agency and government minister Geoff Matthews, while presenting himself as an ally to Waruu. He has Frankensteinian designs on the DNA of the Hairypeople – designs to which he is willing to sacrifice his own wife, Charlotte, who runs a clinic in the Zone – and on the Cleverman’s direct link to the Dreaming. He had the previous Cleverman, Waruu and Koen’s Uncle Jimmy, in his pocket, leading Jimmy to kill himself by summoning the Namorrodor, a creature from the Dreaming supposed to correct the balance Jimmy had disturbed by delivering Kora’s spirit to Slade. 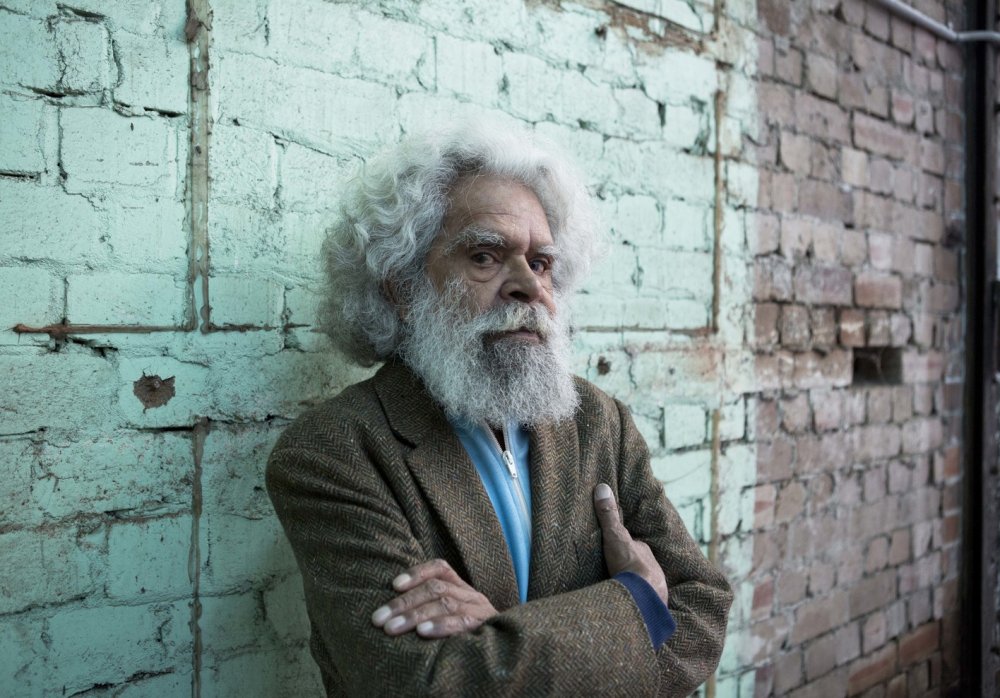 ​Ever the racist opportunist, Matthews blames Jimmy’s violent killing on Hairypeople, a charge that becomes urgent after a security guard in a CA detention centre is killed when a group of Hairy men escape during a raid led by Waruu. Djukara, one of the escapees, is a young Hairy man who had been caught on TV news attacking the CA officers who arrested him and his family in episode one – an attack that ended with an officer shooting his youngest sister, Jirra. Defiant and despairing, Djukara initially fights back physically against the CA system that insistently brutalises him, but when he makes it to the Zone and meets Hairy gang leader Maliyan, he comes to realise that violent vengeance may not be the solution – if only after he has shot Koen for smuggling his family into the city and then selling them to the CA.

​Djukara later joins Koen (whose Cleverman powers include super-healing; further excellent work from Weta) on the barricades, and his other sister Latani is with him. Having hidden from the CA raid, Latani is the only member of the family to go free, facing the quandary of how to escape constant and total surveillance. She shaves down despite her reluctance, but also binds, passing as male in episode three as she makes a dramatic run for the Zone.

Once she’s there, she is befriended by Alinta, Waruu’s spirited teenage daughter. Despite Latani’s rational mistrust of any humans, she and Alinta (their names are anagrams of each other’s) develop the closest relationship of any human and Hairy characters, supported by Alinta’s mother Nerida and her grandmother Linda. Their defiant solidarity is in sharp contrast to the more macho world of slugging out differences fostered by Waruu and Maliyan.

​Latani and Djukara’s mother Araluen finds herself in undesirably close proximity to humans when she is bought from the CA and enslaved by Frankie, who runs a brothel that caters to humans with a Hairy fetish – including minister Matthews. Araluen’s dignity, tactical thinking and courage contrast with the often pathetic and passive portrayal of trafficked women, just as Djukara’s final refusal to take up arms challenges the stereotype of the subaltern terrorist. With Aboriginal directors Wayne Blair (The Sapphires) and Leah Purcell (Black Chicks Talking) helming the episodes, the show has an assertive Aboriginal and inclusive perspective that casts the settler state and its appropriative, exploitative actions as the villain while never presenting the Aboriginal or Hairy characters as one-dimensional saints. 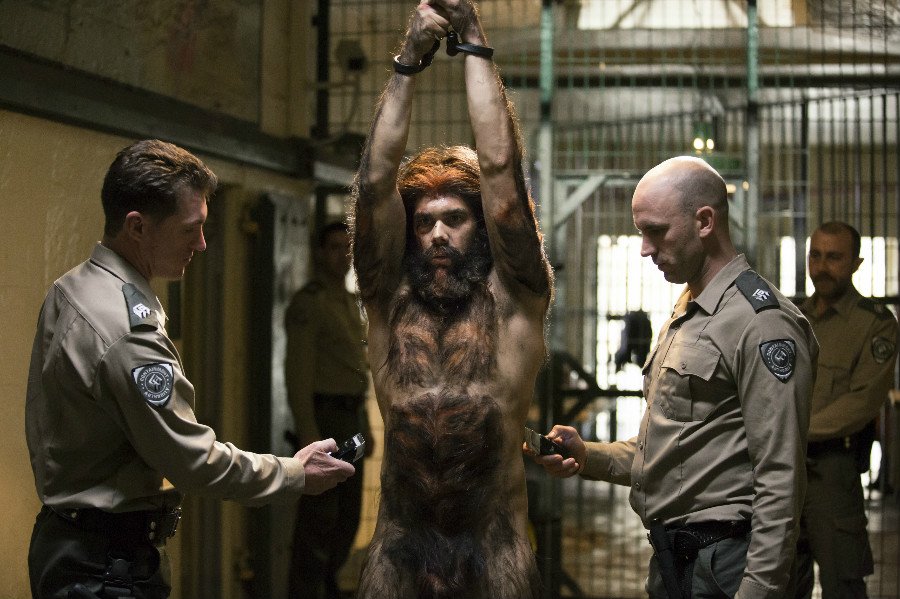 Waruu and Koen, in particular, are refreshingly complex anti-heroes, even in the current landscape of Jessica Jones and Luke Cage. Played by emerging talents Rob Collins and Hunter Page-Lochard, they hash out – often physically – the internal politics of contemporary urban Aboriginal identity: Koen left the Zone because Waruu led the other boys in mocking and beating him for being mixed-race. Both Koen and Waruu make morally dubious decisions when it comes to sex and power, and both are held accountable. When Koen exorcises Jirra’s spirit from Maliyan’s child in episode five, kneeling before her and offering a truly heartfelt “Sorry”, then later asking accepting Djukara’s rage, it echoes Australia’s “Sorry moment” but also shows how much further there is for white culture to go.

It is weed-smoking, straight-talking Aunty Linda who leads the spirit ceremony. Linda begins the show as a minor character – which initially seems a curious choice, given that Deborah Mailman, who plays her, is deservedly an international star. But the writers allow her importance and power to grow subtly, until we discover that she has the knowledge to bring the Namorrodor to heel, send Kora home and kick both Koen and Waruu’s arses.

Implicit is the insight that the Cleverman needs clever women: Latani and Alinta lead the way for true reconciliation, while Linda and Nerida pick up the pieces left by Waruu’s resentment of Koen. Even Charlotte, the courageous doctor whose clinic literally keeps the Zone alive, is on the verge of realising the depth of her husband Jarrod’s deceit, and may be key to uncovering his plans in season two.

Which has to come soon, because we need it. Koen, Nerida, Linda, Djukara, Latani, Alinta and their mob stand on barricades of old cars and oil drums, and on the verge of all-out war with the CA, whose armed guards intend to destroy the Zone and kill all Hairies. We know they will prevail, but want to know how and what comes next, because in Cleverman, black lives matter.