Journeys into night: the police thrillers of Yoshitaro Nomura 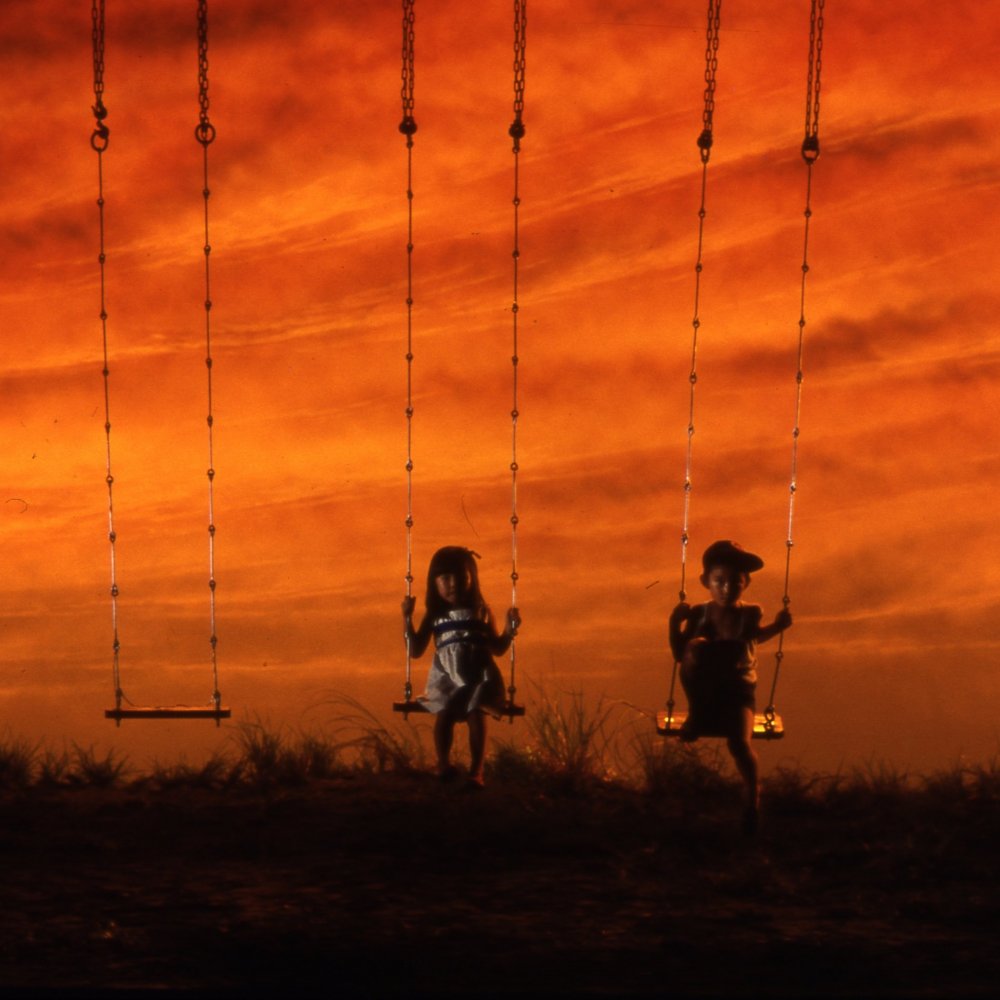 Nomura’s 1978 thriller The Demon: one of the finest achievements of Japanese cinema in the 1970s?

When Japanese cinema first began to attract notice in the West, it was such elite filmmakers as Akira Kurosawa, Kenji Mizoguchi and Yasujiro Ozu who won acclaim. Few then realised that those august figures were part of a thriving commercial system with its own genres, conventions, contracted stars and directors.

The Crime Films of Yoshitaro Nomura, a five-film retrospective consisting of Stakeout, Zero Focus, The Shadow Within, The Castle of Sand and The Demon, runs 1-5 April at the Bradford Film Festival, and 18-23 April at the ICA, London.

In more recent times, international audiences have begun to embrace popular Japanese genres such as the horror and gangster film. But many of the skilled artisans at work in Japanese popular cinema during earlier decades remain little known. One of these, despite a handful of subtitled DVD releases, is Yoshitaro Nomura, whose police thrillers combine the stylistic and narrative economy of Hollywood with a subtle attention to Japanese social realities and the pictorial and symbolic qualities of Japanese landscapes.

Nomura (1919-2005) was born into the film industry. His father, Hotei Nomura, who died in 1934, was a respected director at Shochiku during the silent era. Nomura too spent his career at Shochiku, where he served as assistant director on Akira Kurosawa’s Dostoyevsky adaptation, The Idiot, before making his own directorial debut with Pigeon (1952). 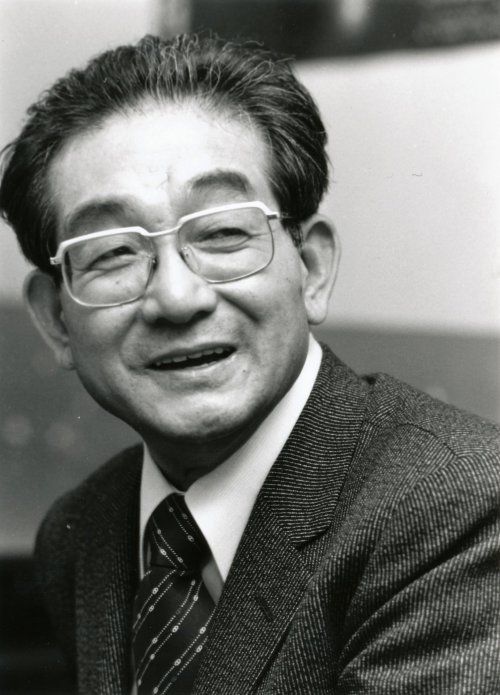 He was a prolific director, averaging around three films annually up to the early 1970s; he continued to direct under 1985. And he attempted many genres: The Izu Dancer (1954) was a romance drawn from Yasunari Kawabata’s bittersweet novella; Dear Emperor (1963) was an ironic account of the experience of a conscript who finds the army preferable to civilian life; and The Writhing Tongue (1980) was a harrowing hospital drama about the agonising effect on her parents of a girl’s diagnosis with tetanus.

Yet it was the thriller which proved Nomura’s most fruitful vein, particular in a sequence of films adapted from novels by Seicho Matsumoto, which spanned the bulk of his career.

Indeed, this is a place to stress the collaborative nature of film. All the Nomura films screening in twin mini-retrospectives in Bradford and London this April were based on novels by Matsumoto, as were a number of his other films. Shinobu Hashimoto, Kurosawa’s screenwriter for Rashomon, Ikiru, Seven Samurai and Throne of Blood, furnished scripts for Stakeout (1958), Zero Focus (1961), The Shadow Within (1970) and The Castle of Sand (1974); he also produced the last of these. The distinguished writer-director Yôji Yamada collaborated on the script for The Castle of Sand (and indeed, Yamada’s regular star from the popular Tora-san comedies, Kiyoshi Atsumi, played a small role in the film). Well-known composer Yasushi Akutagawa provided Nomura with several of his scores. Yet the skill and economy with which the director handled complex narratives was very definitely a personal virtue. 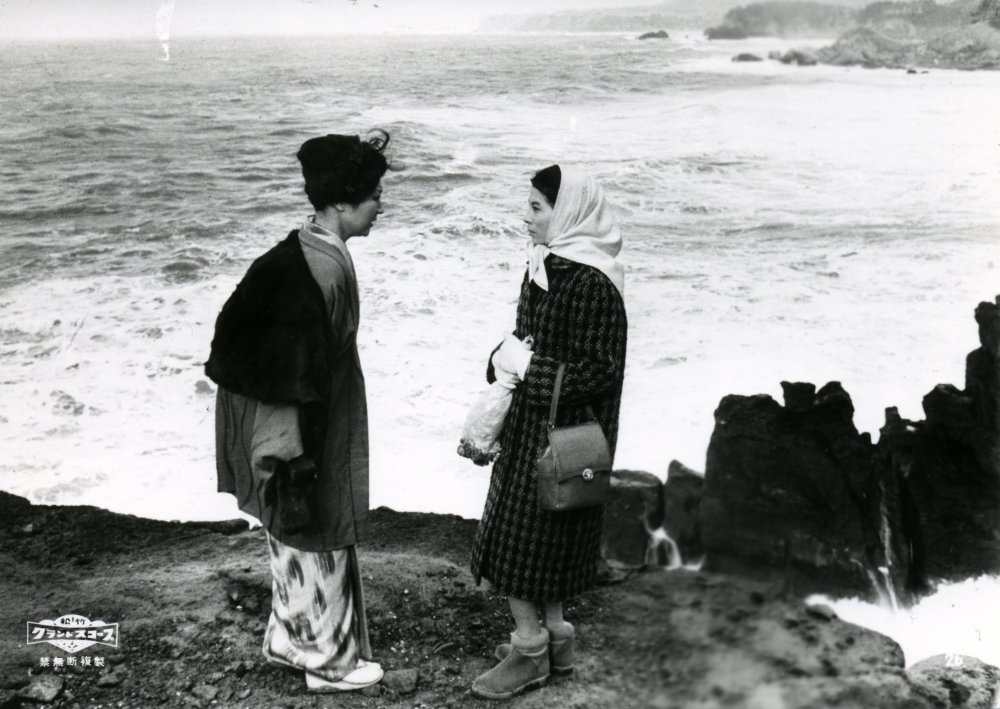 Journeys are often at the heart of Nomura’s films. Many of his films open with characters in transit: Stakeout begins with a train journey by two cops from Tokyo to the southwestern island of Kyushu. In the opening scene of Zero Focus, a newlywed businessman departs Tokyo for Kanazawa to wind up his business concerns there. In The Shadow Within the protagonist – himself, significantly, a travel agent – commutes home from work by train and bus.

The Castle of Sand opens with its protagonists disembarking after a night journey from the capital to northerly Akita Prefecture; in The Demon (1978), a mother takes her three children by train to their father’s house in the small town of Kawagoe west of Tokyo. Often, Nomura films the journeys at length and places emphasis on the specific routes taken: the particular stations through which the cops pass on the long journey west in Stakeout; the change from train to bus at a village north of Kanazawa when the heroine goes in quest of her vanished husband in Zero Focus.

Nomura generally shot on location; in the early films especially, one of the key incidental pleasures of his work is its record of a now nearly vanished provincial Japan, still built largely out of wood and in many respects unchanged since the premodern era.

But the significance of Nomura’s settings is not limited to their picturesque qualities. The beauty of the small Kyushu town in Stakeout forms an incongruous backdrop to a tale of crime, while the sweaty summer heat in that film, and the bleak snowbound locations of Kanazawa and the isolated Noto Peninsula in Zero Focus, tellingly reflect the discomfort and desolation of the characters. 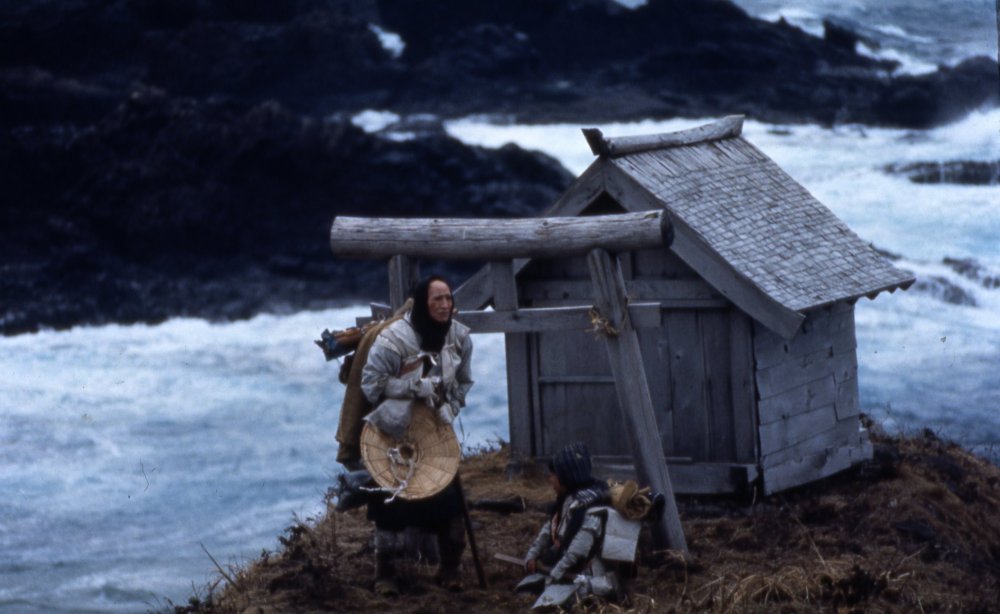 The motif of journeys, too, is a telling one. The investigation in The Castle of Sand spans practically the whole of Japan’s main island of Honshu, from Tokyo to the small northern town of Kameda to thatched villages in Shimane and Ishikawa prefectures, but this peripatetic approach mirrors the personal histories of key characters. Similarly, The Shadow Within focused on a protagonist discontented with his marriage, while Zero Focus pivots around the unease of a wife forced to the realisation that she knows next to nothing about her husband. In all these films, the journey is a metaphor for the instability and insecurity of life itself.

The Castle of Sand, which came second in the Kinema Junpo critics’ poll for 1975 and ranked 27th in the same magazine’s list of Best Films of the 20th century, is the Nomura film most highly esteemed by Japanese critics. But Stakeout is arguably his most creative work, and the one which most skilfully dovetails the premises of commercial entertainment cinema with stylistic innovation.

The premise is characteristic of the policier: two officers keep watch on the house of the former lover of a crime suspect. Critic Nicholas Rucka has commented on the likely influence of Hitchcock’s Rear Window, and indeed, as the cops settle into the upper room of their inn to keep an eye on events in the house across the street, the film echoes Hitchcock’s skill in distilling tension by withholding the full picture.

In opting for this approach, Nomura created a challenge for his lead actress, who is obliged to create a convincing characterisation in a role seen mainly in a restricted space and from a distance. Fortunately, he had Hideko Takamine, one of Japan’s greatest actresses, at his disposal, and her imaginatively understated performance here is an intriguing contrast to her more full-blooded roles for Mikio Naruse.

Yet like Naruse, Nomura displays a depth of sympathy for the difficulties facing women in mid-twentieth-century Japan: for Rucka, “what really makes Stakeout fascinating to watch is its very progressive social critique, in particular on the marginalisation and abuse of women.” Similarly, the mystery in The Castle of Sand pivots around a controversial historical issue: the policy of isolation for sufferers from leprosy.

The terse narrative economy of Nomura’s films, then, does not preclude an attention to individual characterisation and broader social issues. The communities in Stakeout and Zero Focus are sketched in with an almost documentary detail, and their characterisations are often rather complex.

Even The Shadow Within, which is not short of melodramatic elements, displays an unexpected subtlety in charting the growing disaffection of a six-year-old child as he begins to be supplanted in his mother’s affections by her married lover. In this film, indeed, the focus on an investigation into a crime was marginalised in favour of a developing personal drama. 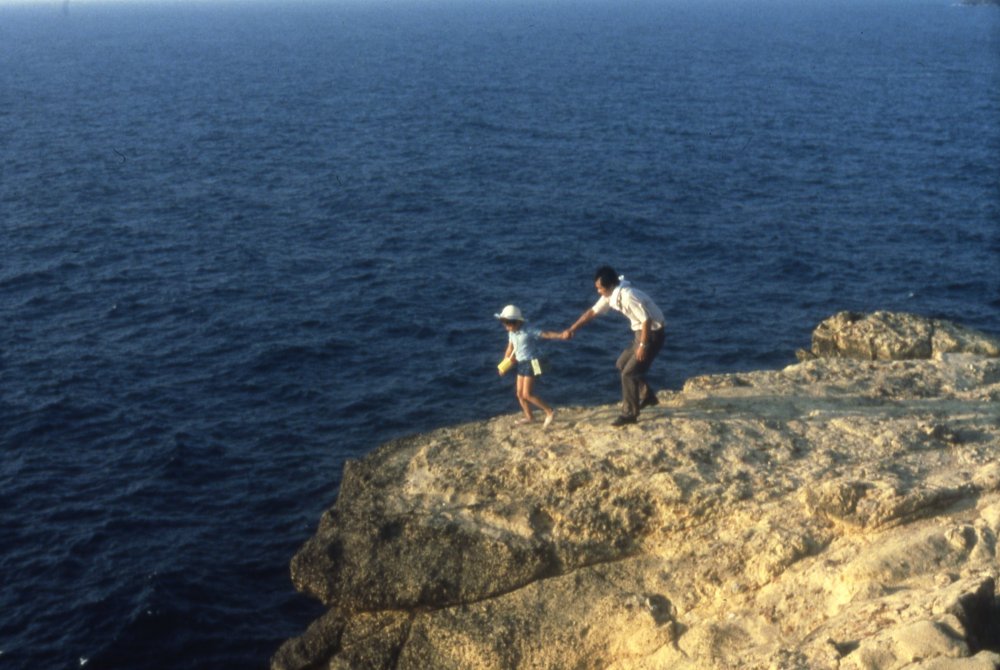 This was the case, too, with The Demon, Nomura’s most powerful and haunting film, and indeed, one of the finest achievements of Japanese cinema in the 1970s. Its account of child abuse is made all the more unsettling by Nomura’s stylistic detachment and by the relatively sympathetic characterisation of the unwillingly abusive protagonist. With astonishing performances from Ken Ogata and Shima Iwashita, the film rivals Shohei Imamura for its pitiless dissection of human cruelty.

In the past couple of decades Japan has produced a considerable number of horror films. But few of them are as terrifying as this earlier work, in which the monster of the title is not a supernatural force, but an ordinary human being. The Demon is not an easy film to watch; but it may be Nomura’s masterpiece. In its ability to tackle a controversial subject succinctly and thoughtfully within the confines of commercial cinema, it is also exemplary of his work as a whole.