Donald Richie did more than anyone to introduce Western audiences to the wonders of Japanese cinema and culture. 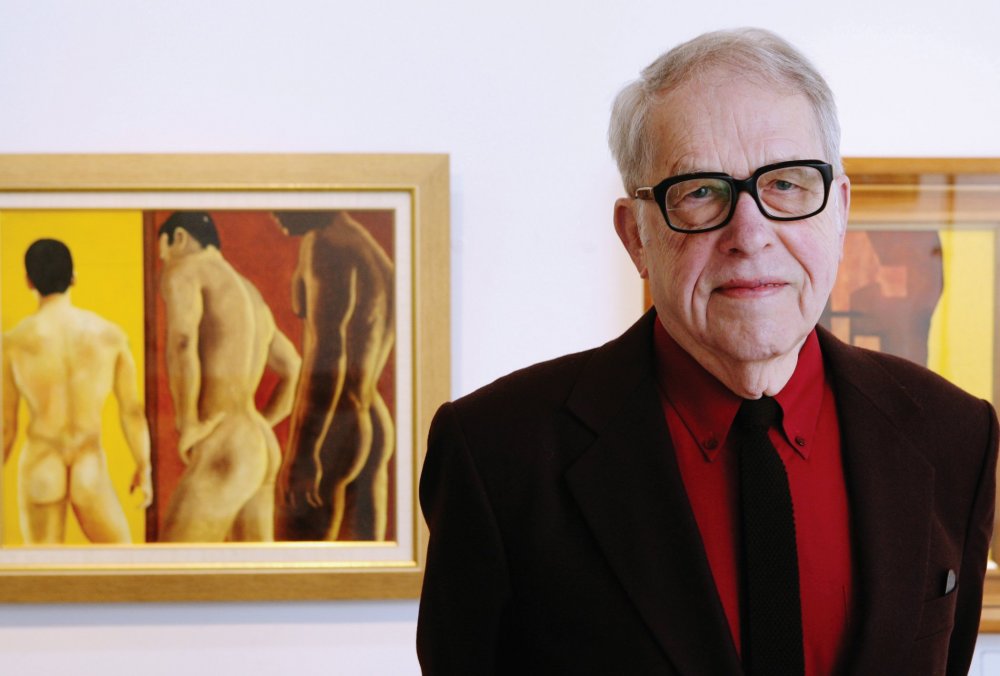 Donald Richie died in Tokyo on 19 February, just short of his 89th birthday, and it’s tempting to commemorate him by simply quoting choice excerpts from The Japan Journals: 1947-2004, which he published in 2004.

Donald arrived in Tokyo on New Year’s Day of 1947 as a typist for US Forces’ newspaper The Pacific Stars and Stripes and – with the exception of a few not-very-happy years as curator of film at MoMA in New York – lived there for the rest of his life. Older readers of Sight & Sound will remember him as the man who did more than anyone else to promote Japanese cinema to the rest of the world; others may recall him as one of the most astute commentators on other aspects of Japanese culture, from its ‘smiling exclusion’ of foreigners to its temples and full-body tattoos. But Donald’s genius – it’s spelt out graphically in the Journals – was as what the French call an animateur, an individual who makes things happen.

He was born in Hicksville (Lima, Ohio, to be precise) and left both the town and his family behind at the first opportunity. Japan was an accident. When he was discharged from the navy at the end of WWII, his eyes were set on Greece, or possibly Morocco, but the only appealing way of making a living that presented itself was a job with the US civil service in one of the two US-occupied nations. Japan was more enticing than Germany, and he was soon able to parlay the typing job for the newspaper into work as a writer/reporter. Ignoring the prohibition on fraternising with locals helped, of course.

Donald ‘fraternised’ tirelessly. Encounters with the novelist Kawabata Yasunari (a future Nobel laureate), the Zen master Suzuki Daisetz and the composer Hayasaka Fumio provided entrees into Japanese culture; meeting Hayasaka was crucial, because in 1947 he invited Donald to Toho Studio to watch Drunken Angel being shot and introduced him to Kurosawa Akira and the actors Mifune Toshiro and Shimura Takeshi. (Donald had never seen a film being made before, in fact had never thought much about cinema at all.)

At the same time, profiting from the fact that the Japanese are at least as ‘bi-curious’ as any other race on earth, not to mention the fact that homosexuality was not illegal in Japan, Donald pursued his life-long cruise for both brief encounters and longer-term partners; the Journals are candid about such matters, although the more lubricious details have been kept back for a projected posthumous volume to be called Vita Sexualis – a title borrowed from the great Mori Ogai.

Some sources mistakenly credit Donald with introducing Japanese cinema to Western audiences. In fact, Kawakita Nagamasa had brought Japanese films to Europe in the late 1920s (the National Film Archive found one of his nitrate prints in Wales in the 1980s) and such directors as Kurosawa, Mizoguchi and Kinugasa began winning prizes in Venice and Cannes in the early 1950s. But there’s no doubt that Donald’s book The Japanese Film: Art and Industry (1959), co-written with research-scholar Joseph Anderson, laid all the foundations for the West’s later appreciation of a little-known cinema, or that The Films of Akira Kurosawa (1968) set the pattern for close analysis of a great talent working in an ‘alien’ culture. His further writings on film included several more synoptic histories, a book on Ozu (1974), notes for a study of Imamura, and hundreds of individual film reviews for The Japan Times and the International Herald Tribune. And, of course, contributions to this magazine.

Donald’s passion for Japanese cinema centred on the films he ‘discovered’ in the 1950s and 1960s; he left the excavation of the film industry’s pre-war riches to the next generation of critics, and actively avoided keeping up with developments and new talents in recent decades. His own cinephilia peaked in the 1960s, the decade in which he made a string of ‘underground’ shorts, often featuring his boyfriends of the time. (Six of them are collected on the Image Forum DVD A Donald Richie Film Anthology; the best is probably Cybele, from 1968, which records a scandalous piece of performance art by a conspicuously uninhibited theatre group.)

By the time I first met Donald, in the early 1980s, his private interests had gravitated more towards literature and chamber music. But until he fell ill a few years ago he remained the ‘go-to guy’ for foreign visitors to Tokyo who needed help and advice on navigating Japan’s complex and seemingly hermetic society – not only the film scholars but also, as the Journals record, everyone from Truman Capote and Igor Stravinsky to Susan Sontag and Francis Ford Coppola. To some of us this charming man became a warm and loyal friend. There are many stories to tell, some a touch lubricious, but they must wait for a more fitting time.

A website has been created at which tributes to Richie can be posted. See donald-richie-tributes.jimdo.com.