Agnès Varda obituary: a luminous art of an illuminated life

An unstoppably playful radical, Agnès Varda channelled a war-swept childhood into the determination to cherish and honour the personal, the marginal and the vital. 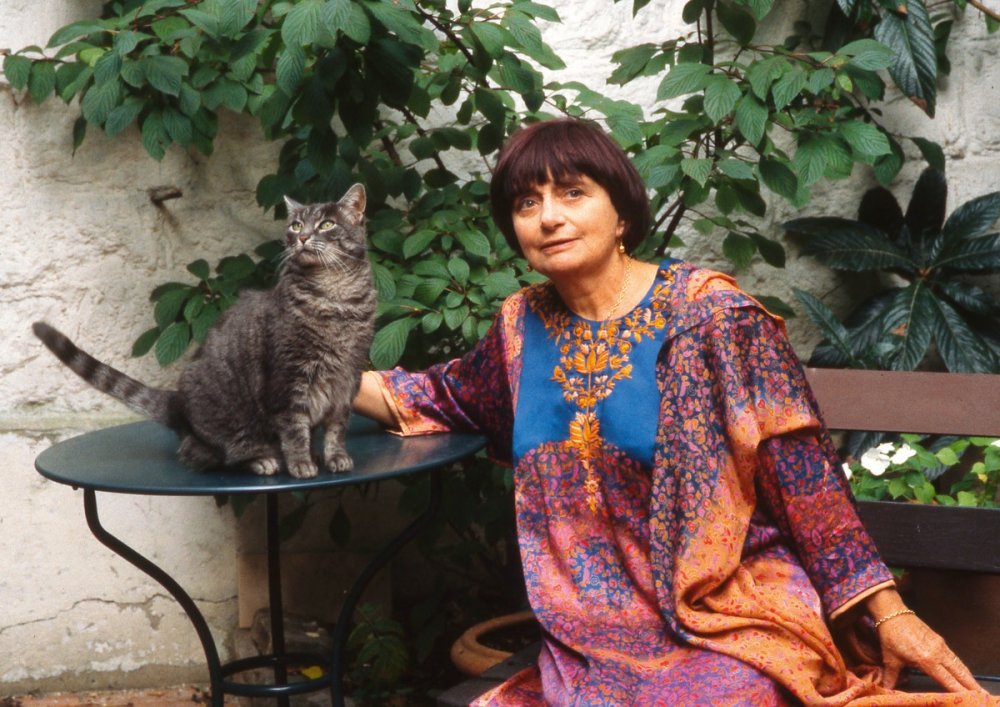 In the Saint Charles Chapel of the Papal Palace in Avignon, a woman with a distinctive bowl cut, dyed dark aubergine, is scattering bright pink roses and begonias beneath five-metre-high black-and-white photographs of the late greats of mid-century French theatre, reciting a litany of their names. The mourner is Agnès Varda, and the photographs are hers, from the early years of her friend Jean Vilar’s Avignon festival, blown up larger than life under her direction for a 2007 exhibition. We see a camera and boom operator recording her, documenting the great documenteur (as she titled one of her most bittersweet films) as she further turns her life in art into an art of life for this scene in her 2008 biodoc, The Beaches of Agnès.

Much of Agnès Varda’s filmography is available from Curzon Artificial Eye on disc and to stream. Many of her rarer films are also available to stream at dafilms.com.

Beaches is one of the fullest accounts of a full life given by any filmmaker, and it is hard to say more about Varda than, ever honest, reflective and playful, she said about herself; that film is now joined by Varda par Agnès (2018) (sharing its title with her 1994 catalogue raisonée published by Cahiers du Cinéma, ranging across her thoughts alphabetically), which will now be her final film. In her introduction to the 1994 text she writes: “Come in to my book, it’s open, there is light – at least, of the landscapes populated by figures that I’ve filmed.”

The figure in the landscape, seen in and as a welcoming light of openness, remained Varda’s invitation to the viewer across her oeuvre: often the figure of her own body, starting with her second film, Diary of a Pregnant Woman (1958). Beaches and Varda par Agnès were the culmination of a lifetime of making film with what was close at hand, and of placing herself not so much centre-screen as being the intelligence and sensibility guiding us through a time and place; exactly a figure in a landscape. 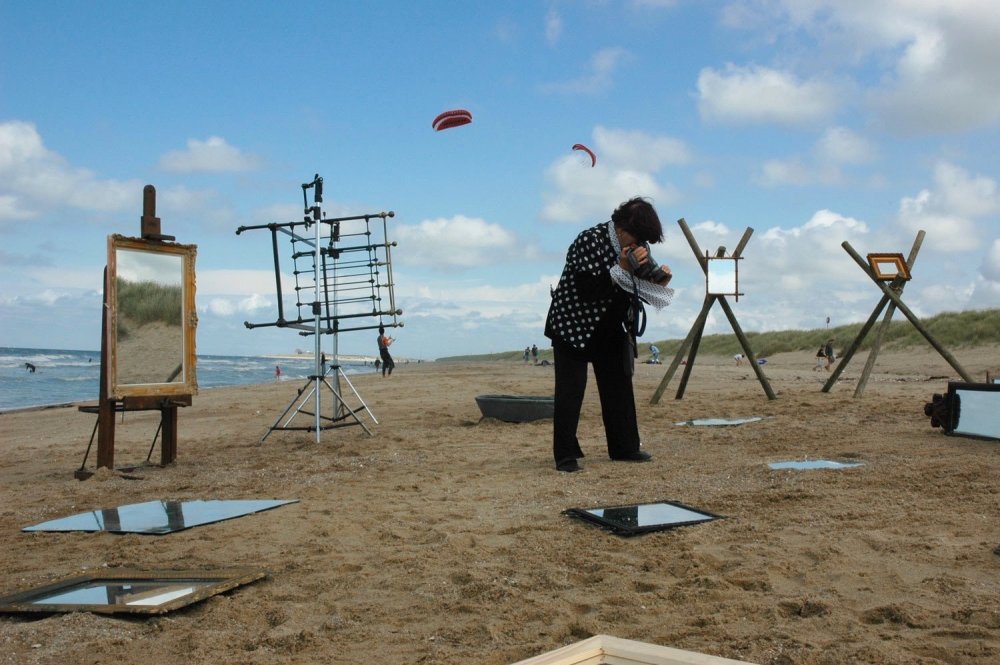 Together with her Academy Award-nominated documentary Faces Places (2016, with JR), these films form a garland of roses and begonias to mark Varda’s life, as she now joins the pantheon of the dear friends and brilliant artists whom she mourned so poignantly; not least her partner in life and art, husband Jacques Demy, with and for whom she made the biopic Jacquot de Nantes (1990), which like Beaches finds its vivacity and vividness in recalling life in the face of (Demy’s imminent) death, the event that broke her career into a diptych. She made no fiction features after Demy’s death, although Les cent et une nuits (1995), her dazzlingly inventive celebration of 100 years of cinema, embodied by Michel Piccoli as Simon Cinéma, invents its own genre, a kaleidoscopic catalogue form she would return to for Beaches.

That film journeys through her life from the Atlantic beaches of her childhood home in Belgium, where she was born Arlette Varda in 1928. Like many of the notable French artists and thinkers of her generation, Varda was swept into France on the brutal tides of WWII, as her family fled the Nazi invasion all the way to Sète on the Mediterranean coast, where she spent the war and later returned to make her first, path-breaking feature La Pointe Courte (1955), regularly referred to as the first nouvelle vague film. Inspired by William Faulkner’s novel Wild Palms, and starring one of Avignon’s key luminaries, Philipe Noiret, as well as the wilful, scene-stealing cats that would become her hallmark, La Pointe Courte was the first in a lifetime of Varda’s firsts: she not only led the nouvelle vague, but made the first digital masterpiece, The Gleaners and I (2000), with which she began her second life in cinema. 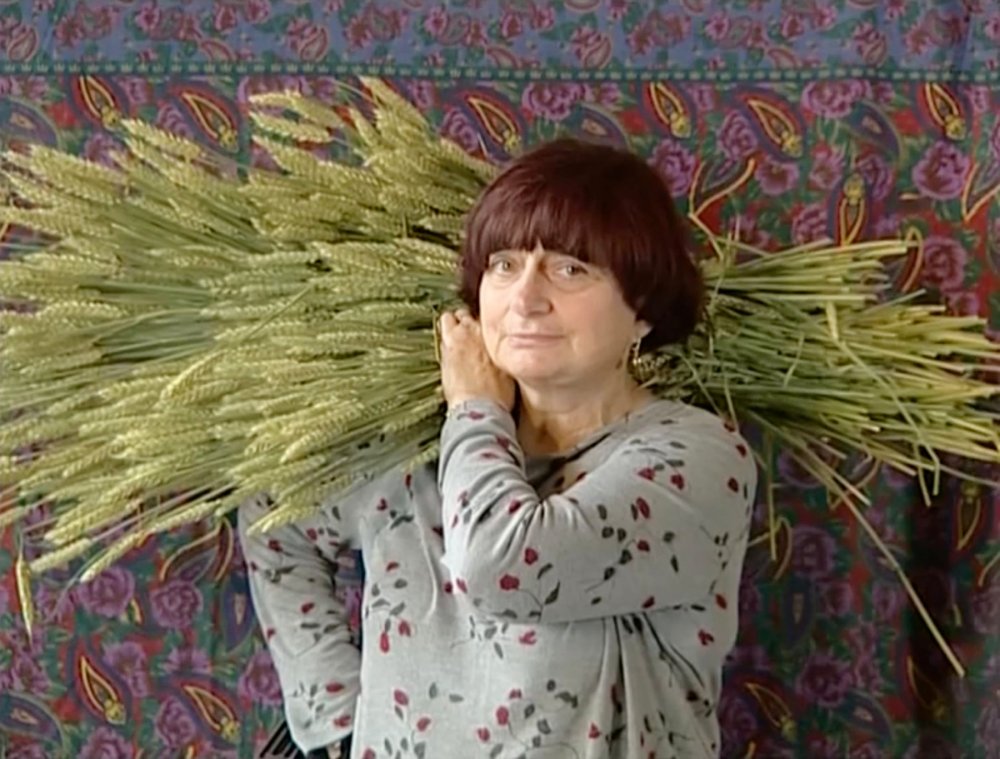 Her restless and incisive movement between documentary, fiction and docufiction – mirroring the French literary form of auto-fiction – is not the least visionary aspect of her oeuvre; her rigorous attention to her own lived experience was always matched by a careful curiosity about the lives of others. Most radically, she recorded those on the margins of society, whether the shop owners on her home street in Paris in the charming documentary Daguerréotypes (1976) or the disenfranchised, abandoned young woman who informed the character of Mona in her incendiary feature Vagabond (1985).

Her embrace of revolutionary, feminist and environmental politics was centred in this dual awareness of her own experiences and those of others. She depicted the key political movements of the twentieth century with a focus on their life force: travelling to Cuba just after the revolution, she captured the radical filmmakers of ICAIC dancing the cha-cha-cha in the street, for her photo-essay Salut les Cubains! (1971). Whether documenting the Black Panthers in Oakland in 1968 or recreating the struggle for legal, affordable abortion in France in One Sings, the Other Doesn’t (1977), Varda – like Emma Goldman – showed her passionate belief that it wasn’t her revolution if you couldn’t dance to it. 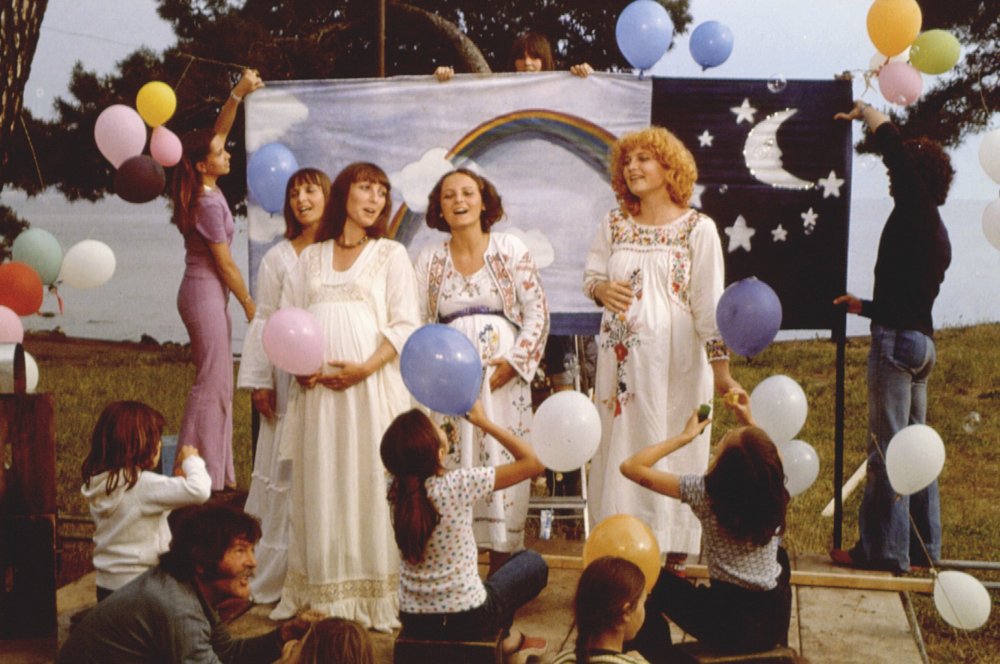 Together, Varda’s films, photography and installations form a vast, living network of connections, an ongoing dance with many partners – a half-century of artists from Vilar to JR; as well as all her beloved performers and collaborators, many like Piccoli and Catherine Deneuve and Delphine Seyrig, who worked with both her and Demy; and to thinkers and activists from Gaston Bachelard, her professor at the Sorbonne, to the gleaner-philosophers of the streets in Gleaners, in whose gathering-together of the ignored Varda identified her own practice. Talking to artist and curator Ydessa Hendeles about collecting in the short documentary Ydessa, the Bears and etc. (2004), there is a recognition and reflection that the urge to hold on to the world emerges from the devastating experience of WWII.

On stage in London in 2018, Varda spoke of the importance of making her little-discussed installation Hommage aux Justes de France (Homage to the Righteous of France, 2007), a powerful work of remembrance for the French non-Jews who resisted the deportations, and also for the thousands of Jews who were not saved, and of the silence in French history around this shame. Like the installation in Avignon, this use of large-scale photography returned Varda to her artistic roots, and spoke implicitly of the dual political and aesthetic origins of her commitment to making work that is always inventing new worlds and ways of being in the face of darkness; her fiction feature Le bonheur (1965) perhaps best sums up this open-eyed approach, its glorious Technicolor riot of domestic pleasures framed by suicide. Even Cléo, the transcendentally beautiful singer of Varda’s best-known film Cléo de 5 à 7 (1962), moves through Paris under the dual shadow of the Algerian War of Independence and her own potential cancer diagnosis.

Varda’s major exhibition at the Fondation Cartier, L’Île et elle (2006), included Le Tombeau de Zgougou, a moving multimedia installation in memoriam one of her beloved cats, Zgougou, who inspired the logo of Ciné-Tamaris as well as the lion throne in Demy’s Peau d’Âne (Donkey Skin, 1970). The installation, placed amid evocations of life and death on Noirmoutier, the Breton island where Varda and Demy had a second home, was a characteristic act of creative love, mischievous honour and profound engagement with the living world. “Elle est la reine, presentatrice et dominatrice,” says Varda of Zgougou on the voiceover of the short documentary Hommage à Zgougou (2002). She is the queen, the anchor, the master: could there be any better homage to Varda herself than giving Zgougou the final word on her human companion?

Get our Varda special issue

Related to Agnès Varda obituary: a luminous art of an illuminated life