Agnès Varda’s latest self-portrait in film folds her recent career masterclass tour back into movie form, musing imaginatively on a selection of her works, subjects and experiences. 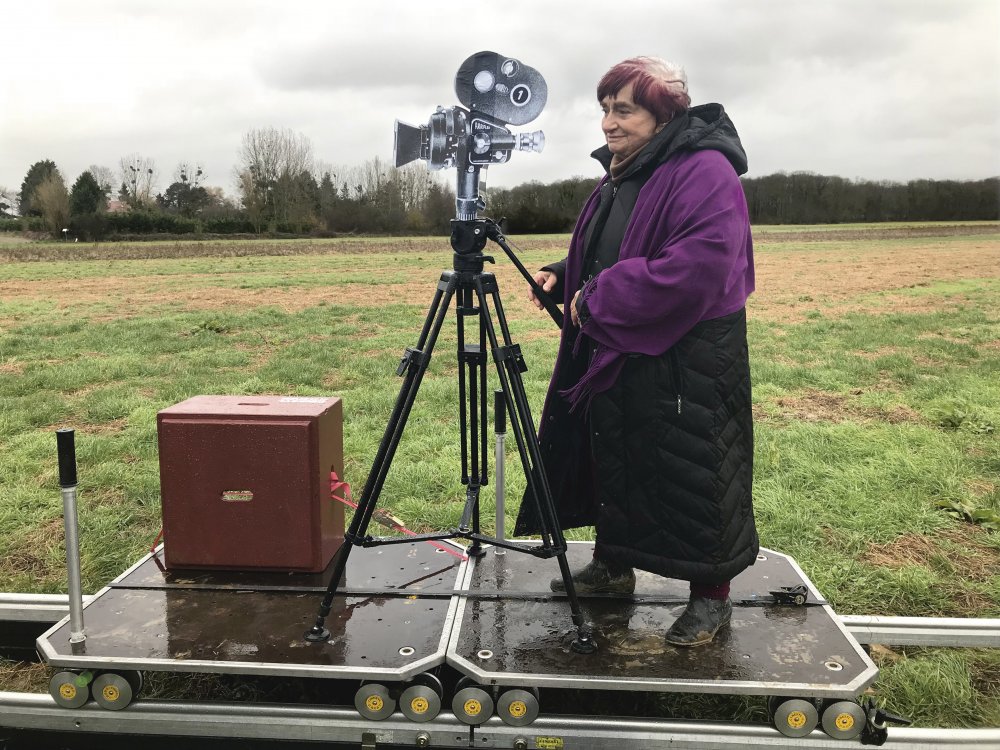 The title of Agnès Varda’s new film, Varda by Agnès, sums up the deceptive simplicity of the work of a director who has woven together cinema and life like few others, skipping playfully the line between documentary and fiction. In paintings, the depth and colour of a self-portrait often reveal not just the old masters’ skill with the brush, but also their sense of self, offering an invitation to reflect on the art of looking. The mirror, so often used by artists to depict themselves, gives us the impression that we are staring into their eyes, and somehow seeing our own reflection too.

The effect of Varda by Agnès is not unlike that. But Varda doesn’t need a mirror. Her latest film simply finds her looking straight at the camera to talk about life, cinema, her life in films and the films of her life. Something of a postscript to her autobiographical The Beaches of Agnès, this is a moving and fun portrait that talks about the work of this exceptional Belgian-French director, and about the essence of cinema and the lives of the people that have inhabited, or seen, her films. After Faces Places, Varda still finds in the reflection of others the best way to talk about herself.

Constructed as a masterclass, Varda by Agnès mainly presents Varda sitting comfortably on stage, talking to various audiences about her films and visual art installations. At 90 she’s sharp and ebullient, as we see her behind and in front of the camera, commenting on the selection of her films that she has curated to explain who Agnès is. 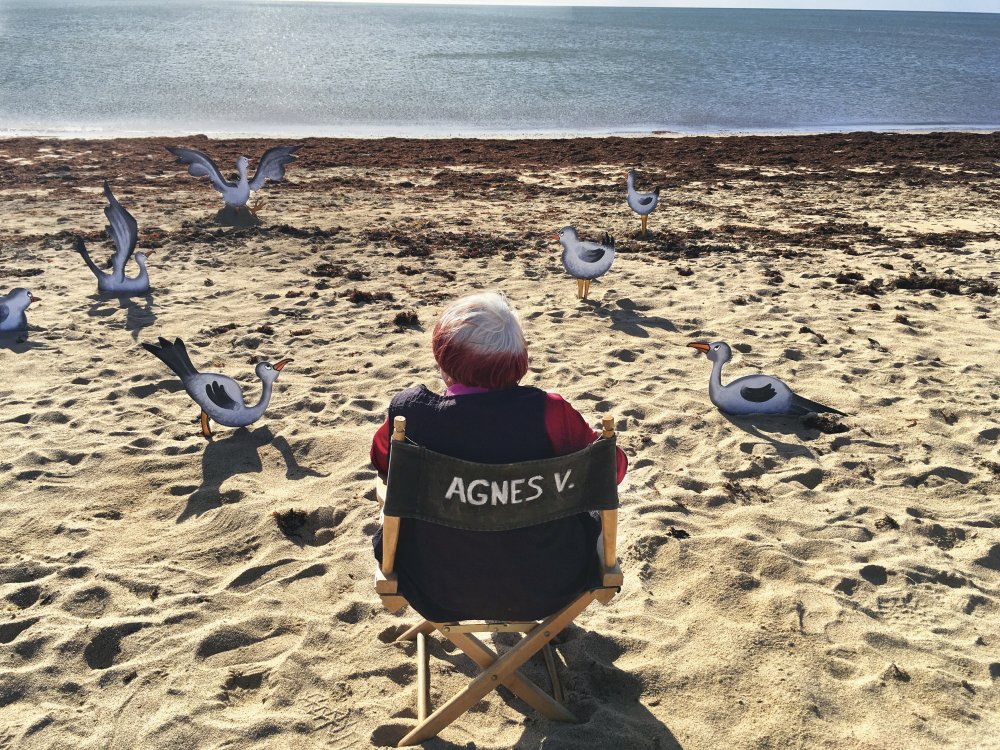 One is La Pointe Courte (1954), her first feature. Previously experienced as a photographer, she had never studied film; she just took the camera and went about filming a double story in which, as she puts it, narratives of the intimate (a couple played by Philippe Noiret and Silvia Montfort) and the collective (the fishing community of Sète) run in parallel, entirely separate from each other. It was an experiment, she tells us, inspired by William Faulkner’s The Wild Palms. She also flouted convention with the use of sound and had the joy of having Alain Resnais (whom we see at work in a photo with Varda standing nearby) as an editor. This was just the start and she was obviously not going to choose a conventional path – and hasn’t, to this day.

She doesn’t have time to go through all the films of her career, she tells us, but Varda par Agnès takes us back to some key titles like Cléo from 5 to 7, with a narrative devised in response budgetary constrictions. If time was an issue, Varda made that work to her advantage with a story that would run from 5 to 7 pm, about a woman who starts being looked at in the first half of the film and then starts looking herself.

Time is a consistently pressing topic in Varda par Agnès: the time that has gone by, the time ahead, the time in cinema and in life. We see her shoot Jane B for Agnès V (1988) with Jane Birkin when the actress tells her she is approaching 40; she travels in time to 1930s Nantes to make Jacquot de Nantes (1991), about the childhood of her partner, director Jacques Demy, who was terminally ill at the time. She talks about time and edits her past in a very personal selection of highlights from her films and all without a shred of nostalgia, her eyes just glistening when talking about Demy. 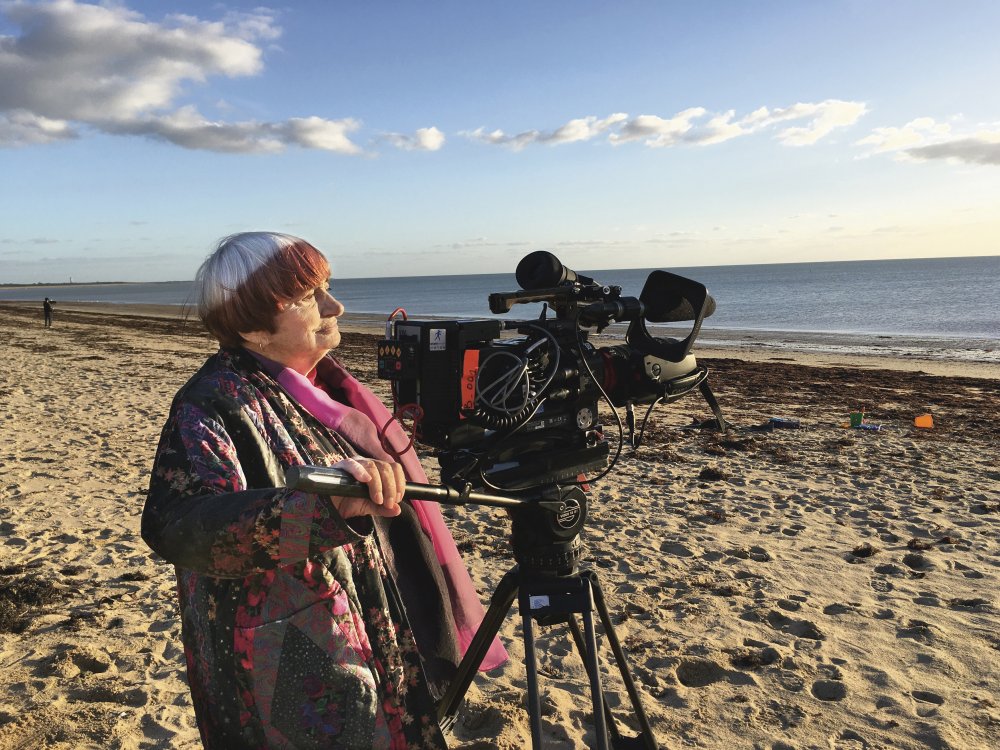 For the centenary of cinema, in 1995, she was asked to make a film, she recalls: One Hundred and One Nights. This star-studded fantasy featured the likes of Jeanne Moreau, Alain Delon, Jean-Paul Belmondo and Marcello Mastroianni, with Michel Piccoli embodying cinema itself as Simon Cinéma. In Varda by Agnès, Varda picks the complicated shooting of a scene on a boat with Catherine Deneuve and Robert De Niro, who flew from the US for just a day’s work, to prove the point that bigger is not always better. In truth, it’s when Varda is armed with a camera and looking for unknown faces where she truly excels.

When going through the chronology of her work, she almost says “criminology” and jokes about it. She does go back to the scene of the crime on occasions, putting another layer of film on film as when she’s chatting with Sandrine Bonnaire about the making of Vagabond (Sans toit ni loi, 1985). But in Varda’s case it’s not pentimento: layers don’t hide the past. They coexist like the triptychs that this versatile filmmaker turned artist has favoured in some of her recent installation work. There’s no regret in this film, just pure love of cinema and joi de vivre, leaving us craving for more. Perhaps she’ll yet treat us to Agnès by Varda?

Related to Varda par Agnès first look: Varda adds another layer to her life in cinema