This year there were at least eight great candidates for the prize. 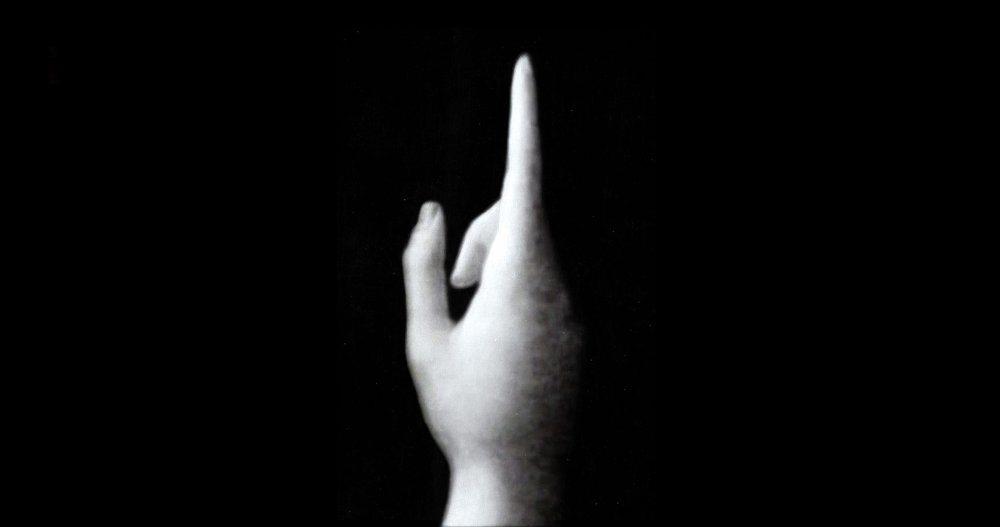 Jean-Luc Godard’s The Image Book (Le Livre d’image). Godard is back in Competition half a century after he helped stop the festival.

The crystal ball has never been so misted up as it is at Cannes this year as Cate Blanchett’s jury settle into their deliberations. I don’t envy them. This has been one of the strongest collection of films I can remember from recent years, with a little of something for everyone, unless, that is, you want upbeat Americana. I can but speculate…

The strongest contenders for the prize a few days ago were Spike Lee’s funny and fierce BlacKkKlansman and Alice Rohrwacher’s magical Happy as Lazzaro – but the subsequent screenings of Nadine Labaki’s Capharnaüm, Sergey Dvortsevoy’s Ayka and Nuri Bilge Ceylan’s The Wild Pear Tree have spannered the works somewhat.

Capharnaüm in particular, which goes straight for the heartstrings in its depiction of a street boy and the baby he’s left in charge of, has now emerged as the front-runner for the Palme d’Or. Yet Ayka, a portrait of similar desperate poverty endured by a Kyrgyzstani girl who’s just given birth to and abandoned a son in Moscow, is the more disturbing film. Ceylan, I think, is unlikely to get a prize this time, though not because his film is anything less than outstanding.

This said I haven’t forgotten three of my favourite films. Pawel Pawlikowski’s crossed-love semi-musical Cold War has the disadvantage of coming in early and being exuberant but Joanna Kulig would be my tip for best actress, and Pawlikowski may win Best Director. If Lee Chang-dong can’t have the Palme d’Or for his brilliant jealousy-driven thriller Burning, I’d give him the Jury prize, though he may end up with Best Screenplay. And then there’s Koreeda Hirokazu, whose bad luck it is to be up against such strong competition when he produces his best film in years in Shoplifters.

I wonder too, given that it’s the anniversary of the 1968 événements, if there might be a prize reserved for Jean-Luc Godard for his The Image Book? Probably not but who can say?

At time of writing, the prizes are yet to be announced. I personally suspect for a number of reasons that Nadine Labaki’s Capernaüm may have impressed Cate Blanchett’s jury enough to carry off the Palme d’Or; I’d be very surprised if it doesn’t win a major award of some sort. But for me the mostly very strong Competition had six or seven outstanding films, and the top two were Lee Chang-dong’s Burning and Nuri Bilge Ceylan’s The Wild Pear Tree.

I’d be very surprised if Burning doesn’t get an important prize of some sort, but the Ceylan film, with its three-hour running time, may get overlooked, especially given the fact that all his Cannes Competition films have won prizes, including the Palme d’Or last time around for Winter Sleep. So that might put him at a disadvantage with the jury. If I had my wish, however, The Wild Pear Tree would just pip Burning to the post; it is the most substantial character study in the entire Competition, and has a novelistic depth and breadth of focus. I also happen to have found it very moving.

I think the race for the Palme d’Or this year is wide open. Personally, I’m torn between the elliptical mastery of Pawel Pawlikowski’s Cold War and Koreeda’s subtly devastating family portrait Shoplifters. Both films have grown in my memory since I saw them and both had things to say while they were busy breaking my heart. Matteo Garrone’s dark Dogman also had a noirish appeal, with Marcello Fonte giving a performance worthy of some recognition.

With its unmoored and unstable camera Jafar Panahi’s Three Faces unsettles our expectations of genre and plays with narrative conventions. It asks to consider what and who we look at, and whose stories get told, in a gorgeous film that puts women in the spotlight. It also questions the rules not only of Iranian society, but of filmmaking, and in form and style would be a worthy winner of the Palme d’Or.

It was a real thrill to see so many brilliant Asian films in competition this year and I’m happy for Koreeda Hirokazu’s win. But for me Burning, by Lee Chang-dong, had the edge. It’s a mesmerising and potent thriller and one that totally took me unaware. The glowing countryside scenery and fiery imagery is both breathtakingly beautiful and menacing.

Burning may get my critical nod but Asako I & II totally stole my heart. It’s a charming and conceptually intriguing drama by Ryusuke Hamaguchi about a woman learning to let go of the past and move on. Her existential crisis is beautifully observed and at times extremely funny. (Her cat gets a gripping and fulfilling side-story too.)

Happy as Lazzaro should have won the Palme, as a reward for its brazenness and big ideas, the surety of its touch, the pure beauty of its aesthetic, and a humanist spirit that lifts the whole film into another dimension.

I missed out on Koreeda’s Palme d’Or winner Shoplifters, so cannot judge how worthy it was of the prize. That said, I simply can’t imagine that it’s better than Alice Rohrwacher’s Happy as Lazzaro, whose shared best script award, i.e. the festival’s consolation prize, is a scandal. Rohrwacher’s enrapturing film is a triumph in every respect, and a welcome reminder of the type of delicate, poetic humanism that was once a trademark of Italian cinema.

It’s fitting that it should have premiered the same year that we lost Ermanno Olmi and Vittorio Taviani.

While I can only praise Koreeda’s Shoplifters, an incredibly worthy Palme winner full of love and endless humanity, I can’t help but think two other picks could have shaken up the status quo a bit further.

Nadine Labaki’s Capernaüm is a sprawling, harrowing feat that feels like an invigorating call to arms. When accepting the Prix du Jury, director Nadine Labaki urged listeners to look ahead to the children who still haven’t been saved (some of the film’s cast included). Awarding the highest prize to such a cinematic achievement and societal sign of the times could have been the first step in activating overdue change.

I’m still surprised and fascinated by how divisive Under the Silver Lake was. I loved its woozy ambition and complex heart, but a lot of people didn’t. I would have been amazed to see it win big, if only just to witness how critics and early viewers would have reacted to and recovered from such a shock.