The Iranian director’s latest is both one of his most conventional films and an enjoyable return to elements from both his and Abbas Kiarostami’s back catalogue. 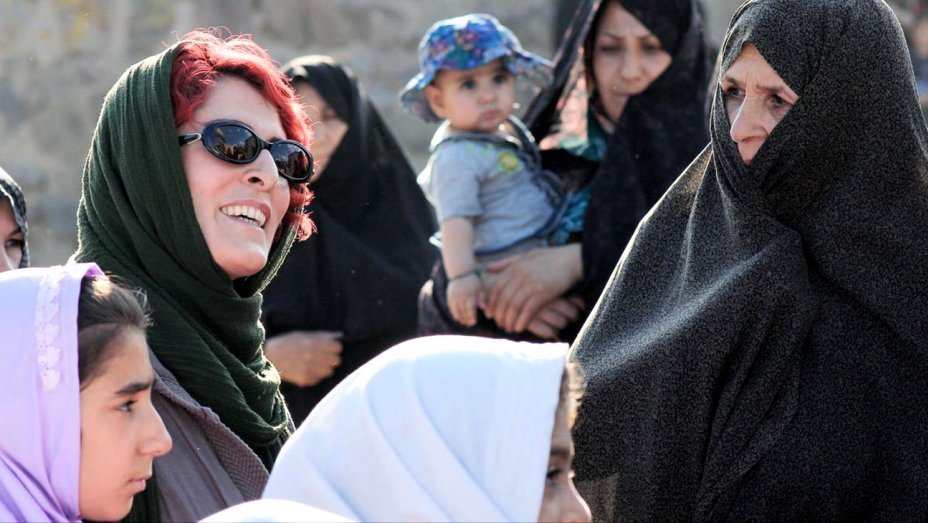 The latest film from Jafar Panahi is arguably the most conventional he’s made since he embarked, at the time of his house arrest, on a trio of low-budget experimental works that began with This Is Not a Film and continued with Closed Curtain and Taxi Tehran. Whereas the first and third of those films were memorable for being shot within the confines respectively of his apartment and his car, and the second, shot largely in a holiday home, was notable primarily for its mind-boggling slide into fairly unfathomable symbolism, allegory and abstraction, Three Faces is both relatively forthright in its linear narrative and an expansive journey through the rural northwest of Iran.

The film begins with a desperate video phone message sent by a young would-be actress to film and TV star Behnaz Jafari, at the end of which she appears to commit suicide. Cut to a distraught Jafari (playing herself) who on receiving this disturbing message from a total stranger has left the movie she’s shooting and asked Panahi to drive her in his car to the village where the girl seems to have lived. (Incidentally, the name of the Azerbaijani village in the film, Mianeh, is the same as that of Panahi’s birthplace.)

What follows is both a kind of detective story as the actress and director – she repeatedly wondering whether he’s somehow stage-managing the whole situation – endeavour to find out more about the girl, and an odyssey of enlightenment as their encounters with various locals provide insights into the customs, values and old-fashioned beliefs of the villages of the remote northwestern region of Iran. 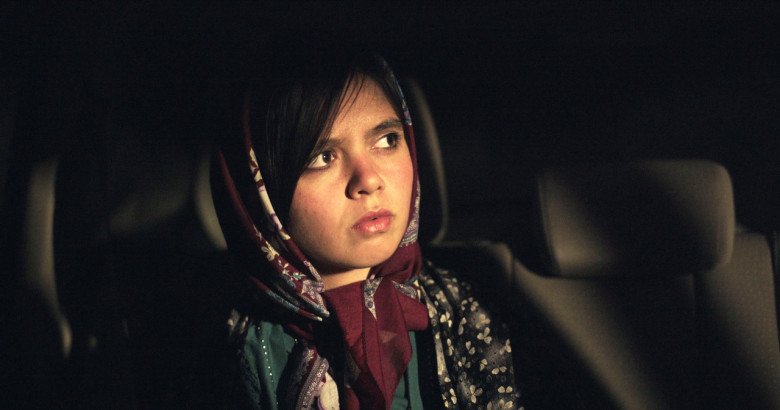 If all this sounds vaguely familiar, that’s hardly surprising. While the film is fairly intriguing throughout and engages with occasional flashes of Panahi’s droll sense of humour, it is, at the same time, highly derivative. Panahi first attracted attention with his first feature The White Balloon, which was from a script by Abbas Kiarostami, for whom he’d worked as an assistant director; Kiarostami also wrote the screenplay for Panahi’s later Crimson Gold, arguably the director’s finest film to date. Just as Taxi Tehran felt like a riff on Kiarostami’s groundbreaking 10, so the influence of the late master can be felt throughout Three Faces.

The new film’s opening video suicide brings to mind The Taste of Cherry; the early scenes of Jafari and Panahi in the car are again reminiscent of 10; the scenes in and around Mianeh sound echoes of both Where Is the Friend’s House? and, even more, The Wind Will Carry Us; and the extended final landscape shot is straight out of the endings of the three films sometimes designated as the Koker Trilogy. All of this, of course, means that while Three Faces has its moments, it seldom feels very fresh.

That said, there are things to enjoy. Panahi’s fondness for hints of a meta-narrative does at least have us wondering whether he will eventually pull the narrative rug from under our feet, and there are amusing twists related to the fact that Jafari, in particular, is well-known even in this remote region due to her frequent appearances on television: celebrity, it’s made clear, can leave a mark even on the most traditional and conservative of cultures. In the end, however, there is probably less here than meets the eye; the introduction of an (unseen) older actress in the film’s later stages adds little to the unexplored theme of the relationship between performance and reality. In short, where Kiarostami’s films were both intellectually, emotionally and poetically resonant, Three Faces comes across in places almost as pastiche, and never gives an impression of real depth or substance.