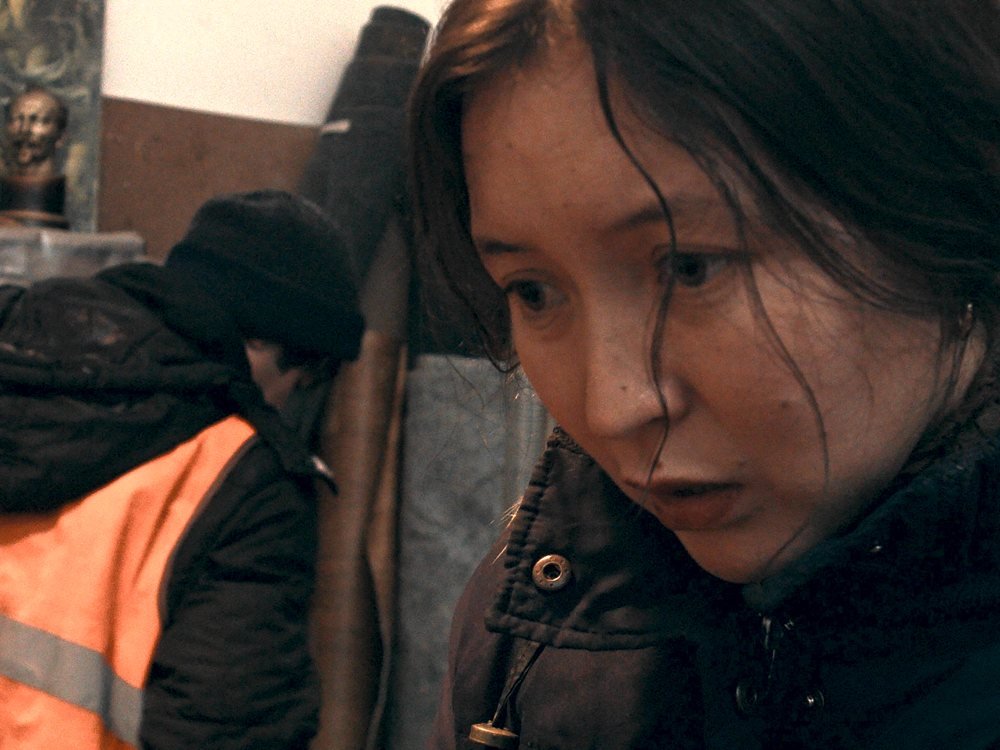 Samal Yesyamova as the eponymous Ayka

Among admirers of Kazakhstani filmmaker Sergey Dvortsevoy, hopes must have been high for this latest feature; his most recent work was his impressive feature debut Tulpan, made back in 2008 following a number of prestigious documentaries like Bread Day and In the Dark. Since Tulpan played and won an award in Cannes’s Un Certain Regard strand, many were curious about the new movie, his first appearance in the main Competition; as it happens, while it’s certainly an intelligent, ambitious and engaging piece of work, it did strike some, this writer included, as a little underwhelming.

It begins with the eponymous protagonist (Samal Yesyamova) being woken up in hospital and told to breastfeed her newborn child. Visiting the bathroom before going to see the baby, the young woman immediately makes her escape by forcing open a window and heading off into Moscow’s busy streets, leaving her child behind; she rushes through the deep snow until she reaches her workplace, where despite her very evident exhaustion she joins other women in plucking and gutting chickens.

When their boss disappears a few hours later without paying them for their two weeks’ work, and she makes her way back to a dingy hostel packed with other undocumented immigrants from Kyrgyzstan and elsewhere, trying to get some sleep despite the incessant noise surrounding her, we get the first real inkling of just how troubled her situation is; she has no job or money, her work permit has expired, and she’s perilously in debt to someone she’d like to pay back but is determined to avoid until she can find a way to get the money together. She’s also in poor health since giving birth, so that her forlorn efforts to find work are undermined by her urgent need for medical attention.

The camera sticks close to Yesyamova more or less throughout, following her in lengthy handheld takes through the wintry streets, in cramped rooms and in the curtained-off few square feet where she currently gets to lay her head at night. As the film chronicles her experiences over a period of a few days, it slowly but steadily drip-feeds snippets of information about the precise nature of her plight. In this respect it belongs to that now fairly substantial strain of movies which followed in the footsteps of early Dardenne films like Rosetta and The Son; the problem, in this case, is that we actually don’t learn anything particularly interesting, original or surprising about Ayka, and that what happens during the film’s final moments is not entirely unexpected.

True, we get to see aspects of Moscow life that haven’t featured very prominently in the cinema; true, too, that the film for the most part appears very authentic, Dvortsevoy’s documentary background serving him well in terms of naturalistic performances and telling social details. But the visual aesthetic occasionally feels rather old-hat and the narrative unrewardingly thin in places. That said, the film certainly succeeds in conveying the sheer desperation of Ayka’s predicament, and at a crisp 100 minutes it doesn’t seriously out-stay its welcome.