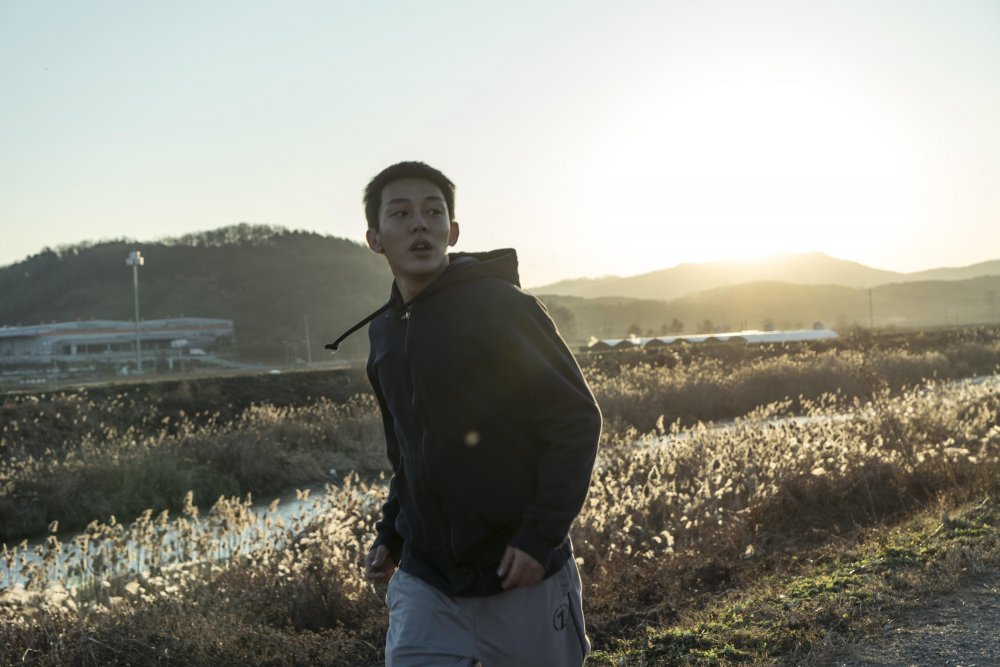 Not a lot actually burns in Lee Chang-dong’s Burning. A barn, in a dream. A car. The tips of cigarettes. A joint. But the cumulative effect of all its perfect moments, all its perfectly true, unexpected and consequential scenes, is scorching. The embers are banked up so gradually and relentlessly that it’s not until a few hours after the ending of this elusive, riveting masterpiece that you are far enough away to appreciate the scale of the conflagration. It has been eight years since Lee’s last film, 2010’s sublimely moving Poetry, and though it would be a great shame if it were to take him as long to return with his next project, it’s likely the memory of Burning will still be hot to the touch.

It is based on a skeletal short story by Haruki Murakami in the same way a spreading oak is based on an acorn. Jongsu (Yoo Ah-in) is an isolated young man working a menial delivery job in Seoul, when he is accosted by Haemi (Yun Jong-seo), a childhood friend from his home village, so close to the North Korean border that when a southerly wind blows you can hear the propaganda broadcasts.

Haemi’s opening gambit is flirtatious and disconcerting. Tilting her face up to his she says, “Pretty, aren’t I? Plastic surgery.” Later she claims he called her ugly as a child, so when she seduces him, there’s a sliver of doubt about whether this is real attraction or revenge; or, indeed, payment in advance for Jongsu feeding her never-seen, possibly non-existent cat (called ‘Boil’, but it might as well be called ‘Schrödinger’) while she travels to Africa. Every exchange in Burning is like that: freighted with ambivalence, uncertainty and multiple possible readings, while existing sharply in the reality of the characters’ lives. 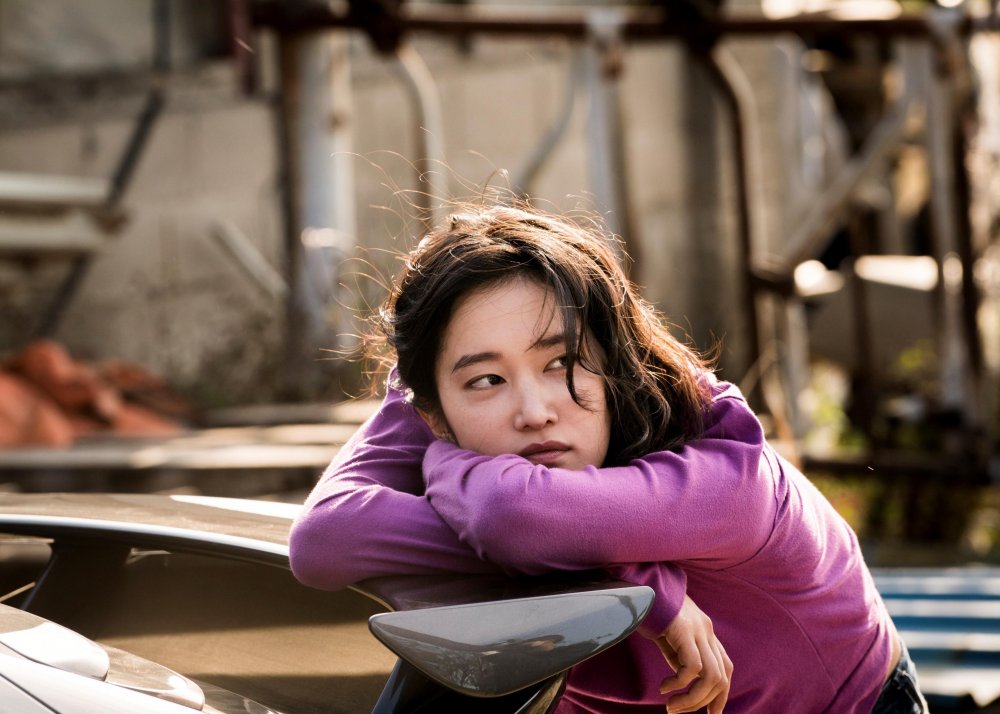 Aspiring writer Jongsu eagerly goes to the airport to collect Haemi on her return and, always impassive but radiating dismay, discovers that she’s now with the urbane, wealthy Ben (Steven Yeun). She has lost interest in Jongsu except as a foil for her relationship with Ben, which dangles before her the promise of upward mobility: Burning is saturated with class resentment as though with kerosene. The three have one almost-perfect evening together in the village, with Haemi getting stoned and dancing topless in the falling dusk and declaring it perhaps her “best day ever”. And then she disappears.

The absolute precision of craft, from Hong Kyung-pyo’s unerring camera placement to Kim Da-won’s stunningly variegated and cleverly deployed score, illuminates a trio of performances that are little short of miraculous. Yun Jong-seo invests Haemi with such beautiful eccentricity – she mimes the eating of a tangerine and delivers her offbeat, non-sequitur dialogue with a fresh, startlingly real disingenuity. The Korean-American Steven Yeun (The Walking Dead) delivers a perfectly shivery, alien performance of detached privilege and sophisticated devilment, encapsulated in one extraordinary moment when Jongsu catches him yawning while Haemi dances for his friends, and he responds with the tiniest of amused, conspiratorial eye-rolls.

But it is Yoo Ah-in who must carry the full weight of the film on Jongsu’s sullen shoulders, underplaying his colossal performance so consummately that nine-tenths of it remain underwater. And yet the mass of it is palpable and he is the one who breaks your heart. Witness his hopeful expression during a reunion with his long-estranged mother while she giggles into her phone; his acute awareness of Ben’s rich friends’ condescension to Haemi when even she doesn’t notice it herself; the loneliness of him, stolidly preparing instant noodles in his father’s squalid house in the village. 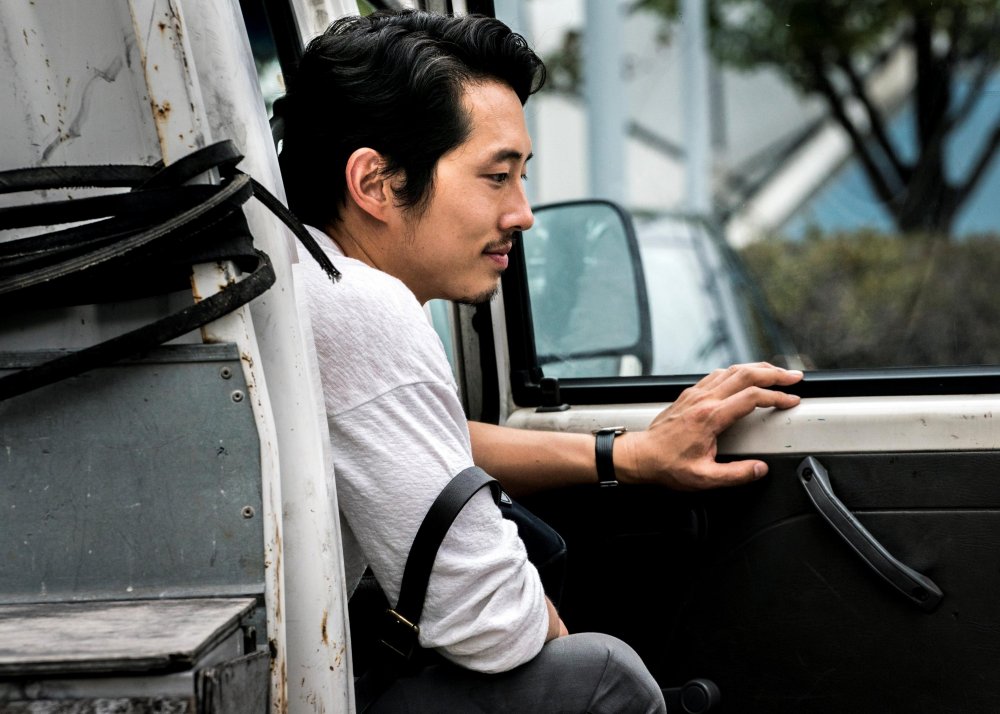 In a rare moment of terse eloquence, Jongsu admits to Ben, “To me, the world is a mystery.” It is a plea for mercy from an enemy, a rebuke and a miserable confession of helplessness, and it contains in it the kernel of his later actions, though you can never see them coming. Ben’s the one your mother warned you about, but it’s Jongsu’s quietly untrammelled, monomaniacal devotion of which we should be more afraid.

The narrative is slippery as silk, eliding from romance to tragedy to mystery to something more unsettling, something dark as a cinder. But once it gets there you understand this was the only way it could have played out. This sense of surprise and inevitability is a hallmark of truly masterful writing (from Lee and co-writer Oh Jung-mi) and such skillful direction that it feels like you’re suspended within the story in an invisible tangle of glances and exchanges, secrets and lies, tricks and cruelties and lucky shafts of reflected sunlight. Every new development seeds the one that comes after and changes your perspective on what went before, right up to a climax where those oscillating reversals take place across a single shocking moment, sending you out into the night with a gift: a story that is fully spent and wholly satisfying but eternally, burningly mysterious.