In the Korean’s new film, a exceptionally smart script transforms a Murakami short story into an ambiguous drama about drifting twentysomethings, which reflects the anger of a restless generation. 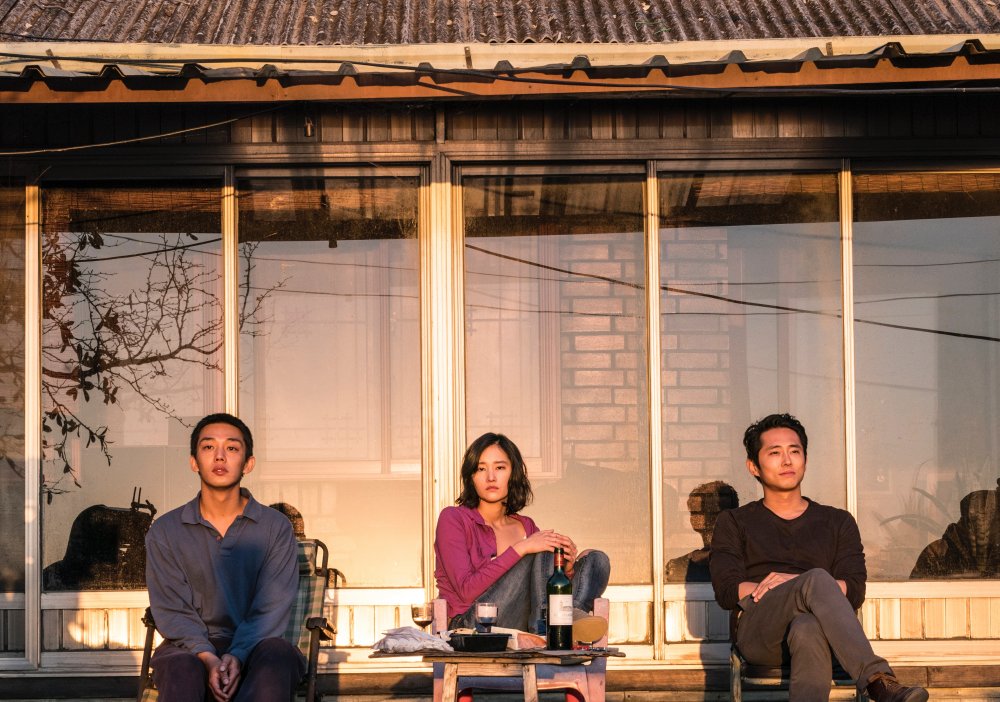 Yoo Ahin as Lee Jongsu, Jun Jongseo as Haemi and Steven Yeun as Ben in Burning

Constructive ambiguity is the watchword for Lee Changdong’s fine new film, his first since Poetry (2010). It’s notionally based on Murakami Haruki’s story Barn Burning (first published in English in the New Yorker, then collected in a better translation in The Elephant Vanishes, 1993), but Lee and co-writer Oh Jungmi have done much more than transpose the setting from Japan to Korea. They’ve turned the story’s first-person narrator into a very un-Murakami-like protagonist: a young man from a broken, working-class home whose father has anger-management issues which have landed him in police custody.

Then they’ve made the young woman who fascinates him someone of the same age from the same rural area – and given them a one-night stand to sharpen the boy’s jealousy when she goes off with a rich, sophisticated guy who’s a few years older. And they’ve introduced a cat (Murakami loves cats, but there wasn’t one in this story) and made the possibility that a murder has occurred off-screen much more concrete. Not least, they acknowledge (and complicate) Murakami’s debt to the earlier story of the same title by William Faulkner. As adaptations go, this one is exceptionally smart.

The protagonist is Jongsu, a twentysomething creative writing graduate who’d like to be a novelist but hasn’t yet fixed on anything to write about. In one sense, what catches fire here is Jongsu’s imagination: his discovery – ruinous, as it turns out – of people, ideas and drugs which get his mind racing in the way he’s always wanted, and inspire him to walk away from the casual labouring jobs that have kept him going. 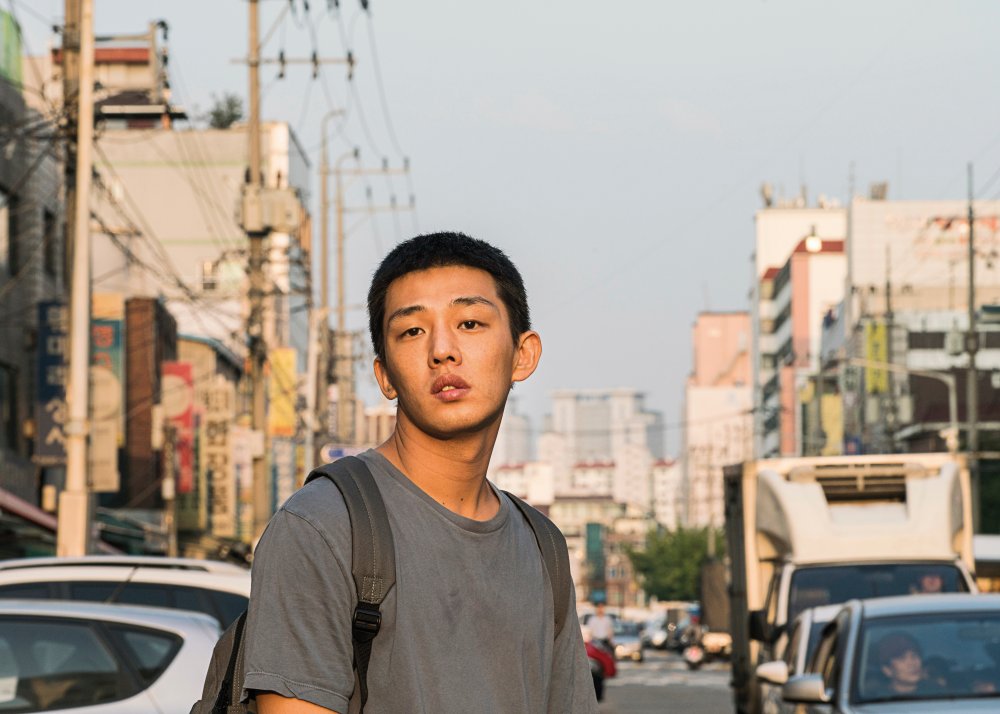 The people are Haemi, a questioning young woman who does casual jobs in the same way as Jongsu while going to classes in mime and finding inspiration from the bushmen of the Kalahari, and Ben, an enigmatic, almost Gatsby-like figure who steals Haemi from Jongsu and admits to feeling jealous for the first time in his life when Haemi told him that Jongsu meant most to her.

It’s Ben who provides the drug (marijuana, highly illegal and almost unobtainable in Korea, as in Murakami’s Japan) and delivers the film’s key metaphor when he claims that his hobby is arson: setting fire to derelict greenhouses which are “just waiting for me to burn them”. Jongsu, deeply uncomfortable in Ben’s presence and gripped by class resentment, comes to suspect that Haemi herself is the ‘greenhouse’ which Ben has decided to ‘burn’.

Ben lives in a sterile and supremely ordered apartment, in contrast with the cluttered chaos in Haemi’s bedsit and Jongsu’s farmhouse, and his claim that he eliminates “useless, filthy, unpleasant-looking” structures has a clear metaphorical resonance. When Jongsu is driven to attack Ben, he’s following a family trait. His father, who owns the farmhouse, is banged up on assault charges. It’s Jongsu who starts the film’s only actual fire, using Ben’s Zippo lighter – which suggests how deeply the metaphor has stuck in the mind of an aspiring novelist. Lee has seeded this development with a tiny fantasy sequence: Jongsu imagines himself as a naked little boy in front of a burning greenhouse. 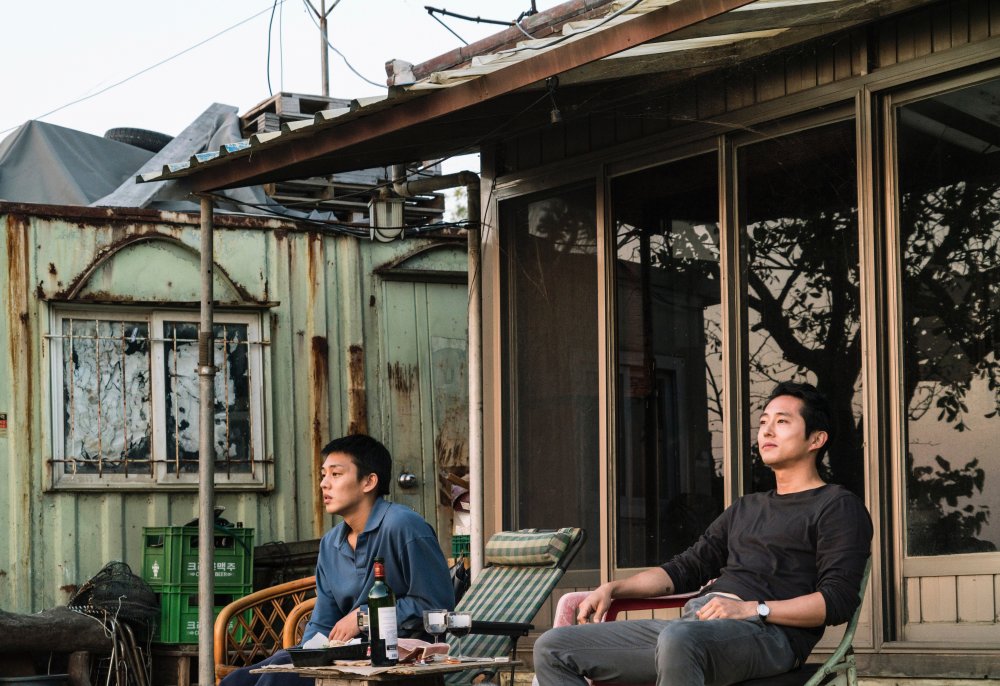 Unless you count the loudhailer propaganda broadcasts from North Korea distantly audible from the farmhouse (it’s near Paju, very close to the border), there are no politics in Burning. There was nothing overtly political in Lee Changdong’s previous five features either, although his earlier scripts for Park Kwangsu were rooted in opposition to the military dictatorships of the 1970s and 1980s. But Lee served as minister of culture for a couple of years from 2003 in a liberal government, and political thinking is never far below the surface of his work. Burning is primarily about the novelistic imagination, but Jongsu’s story also coalesces the mood of uncertainty that has been visible in the Korean left during the ultra-rightwing presidencies of Lee Myungbak and Park Geunhye. It’s partly that those administrations explicitly sought to reinstate the bad old days of cronyism, blacklists and privilege, and partly that the ‘sunshine policy’ of rapprochement with the North proved ineffectual. Lee himself was directly affected: he and Oh Jungmi have written several scripts since 2013 but shelved them – because they didn’t feel those films needed to be made at this time.

Jongsu doesn’t really understand Haemi’s interest in the ‘Great Hunger’, the Kalahari bushmen’s quest for meaning in life, but the way his resentment of Ben’s privilege and confidence evolves into paranoia and rage matches a global, inchoate anger, especially amongst the young.