The trails of life: James Benning’s natural history and FAROCKI

From a skygazing gift to the late Harun Farocki to a foray through the bowels of Vienna’s Natural History Museum, the structuralist master is on teasing and pensive form. 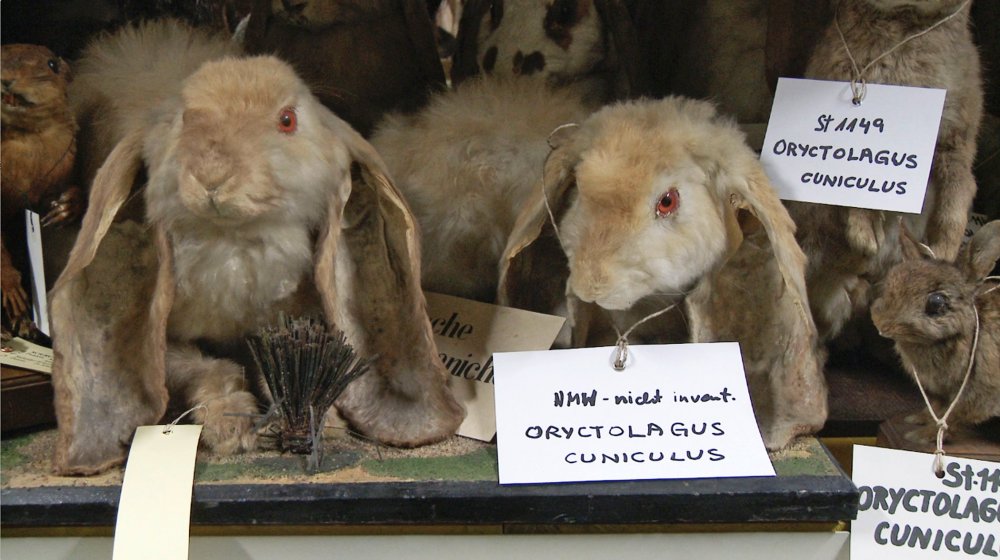 Are you watching closely? That’s a question posed in many James Benning films, but it seems to be especially the case with his two most recent works, natural history and FAROCKI, both of which received their theatrical premieres at Vienna International Film Festival this month.

In 54 shots, natural history (to respect the film’s lower-case title) builds a cumulative picture of Vienna’s Museum of Natural History. But for its first three shots – of a statue, a hallway and a permanently-exhibited painting – it does so through images of the building’s unseen spaces: storage rooms, boiler rooms, offices, empty corridors closed to the public.

It’s the latest in a recent proliferation of films set in such spaces, following National Gallery, Cathedrals of Culture, The Great Museum (all from this year) and Museum Hours (2012). The latter two are also Vienna-set, in the city’s Kunsthistorisches Art Museum.

Benning’s own foray into such territory is almost devoid of people. In its focus on the deep recesses of an otherwise heavily peopled building, it recalls that suggestive, penultimate sequence in Apichatpong Weerasethekul’s Syndromes and a Century (2006). In its fixation on the secret life of inanimate objects, it evokes an extended passage in Virginia Woolf’s To the Lighthouse, wherein a temporarily unoccupied holiday home breathes new life.

The film draws attention to its ways of seeing with a deliberately syncopated rhythm. Appreciably lengthy takes are followed by rapid-fire shots, cutting from one image before we can digest its information to another on which we’re forced to linger for longer than we’d perhaps like. It’s a teasing editorial pattern made all the more obvious by the sonic contrasts between the distinct ambiences of each space: whirring generators, distant hums, the charged non-silence of a vacant hallway. 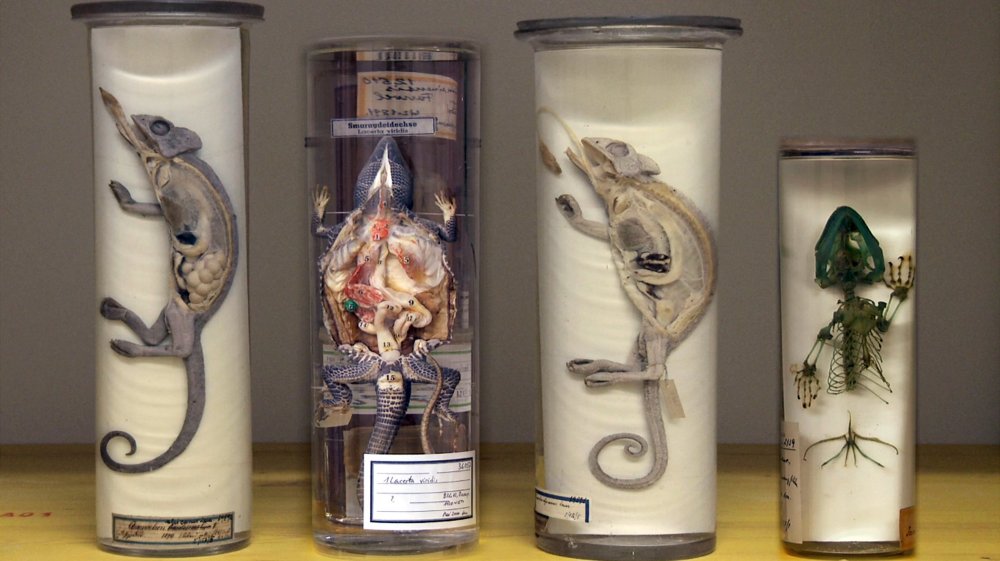 Whereas the fluctuating shot durations of Deseret (1995) were determined by the sentence-length of quoted newspaper articles, one might think natural history’s are more arbitrary. Think again!

“The film is constructed from the first 27 digits of π (Pi),” explains Benning. “There are nine different short shots, because within the first 27 digits of π there isn’t a zero. I only had to deal with digits 1 through 9, and the first one is 3. So the short shots go from two seconds to 18 seconds. The third short shot is two, four, six seconds long. So the very first shot is six seconds long. And then the long shots go from 36 seconds to five minutes, and they’re broken down at equal intervals just like the short shots, so I picked the third shortest long shot. Then the next digit of π is 1 so it would be a two-second shot and then the next shot would be a 36-second shot. See what I’m getting at?”

Not really. But there’s a simpler explanation: “I realised that the typical art museum-goer spends anything between two and 18, maybe 36 seconds between a painting, and then they move on. That’s how the film’s structured: the short shots go from two seconds to 18 seconds, and then the long shots go from 18 seconds to up to five minutes.”

While natural history is all about “looking at things that have been waiting to be seen,” FAROCKI’s theatrical screening gave new reverence to a work originally intended for private consumption. It’s a tripod-fixed, 77-minute take of a single cloud, shot by Benning early one evening at the end of this past July, when driving from his home in the Sierra Nevada mountains to where he teaches at CalArts. One of 31 artworks the filmmaker is currently creating to present as gifts to friends and acquaintances, this particular piece was meant for Harun Farocki – of whose death at the age of 70 Benning learned only hours after shooting. 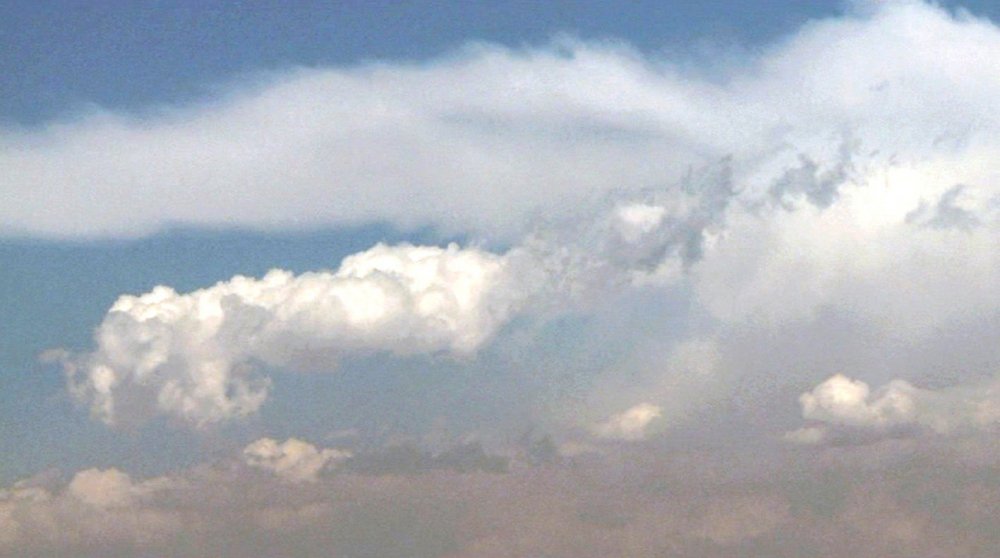 “Harun was a real investigator of things. He was always looking for a truth in things,” says Benning. “This was my attempt to look closely and find some truth in something that’s almost tangible – or intangible.” Tangible/intangible indeed: the singular protagonist in FAROCKI (to respect its upper-case title) knows no other life than to change shape, to sharpen up and smoothen out, to pull in and break up, to reassemble and vanish. If one were to manually hop from one point in the film’s timeline to another, the cloud would look dramatically different. Taken at their own pace, however, such changes are imperceptible.

In their own way, natural history and FAROCKI are landscape films as much as any of those in Benning’s California Trilogy. “The idea of setting things out and portraying them in particular spaces, either flat or suggesting depth, has to do with the way I perceive landscape,” says Benning. “It’s hard not to make a film that doesn’t look like what you do.”

By extension, we might also say that it’s hard for Benning not to make a beautiful film. And, at this stage in his career, and in light of his friend Farocki’s death, looking and recording begin to be about mortality itself. In natural history it’s the five-minute take of a dead bird, or a stuffed polar bear forlornly standing on a shelf, waiting patiently to be exhibited, or the accusatory-cum-anticipatory sadness of an ape pensively returning our gaze. In FAROCKI it’s the Rorschach test of a fluffy, everyday vapour as it gathers life and energy, musters character and might, before one final fade away to dust.

Nicole Brenez remembers the German Marxist filmmaker who criticised the constraints Western society places on our bodies and our imaginations.

Related to The trails of life: James Benning’s natural history and FAROCKI