Shelter from the storm: the Orphan Film Symposium 2014

This year’s convention of ‘archivists, artists and scholars’ dusted off curios including a Polish typewriter camera, a bonfire of valve radios, Josephine Baker in clogs, Communist-bloc amateur movies, Fred Ott’s correctly-timed sneeze and the eye-popping Gasparcolor system. Plus, digital delight and disquiet. 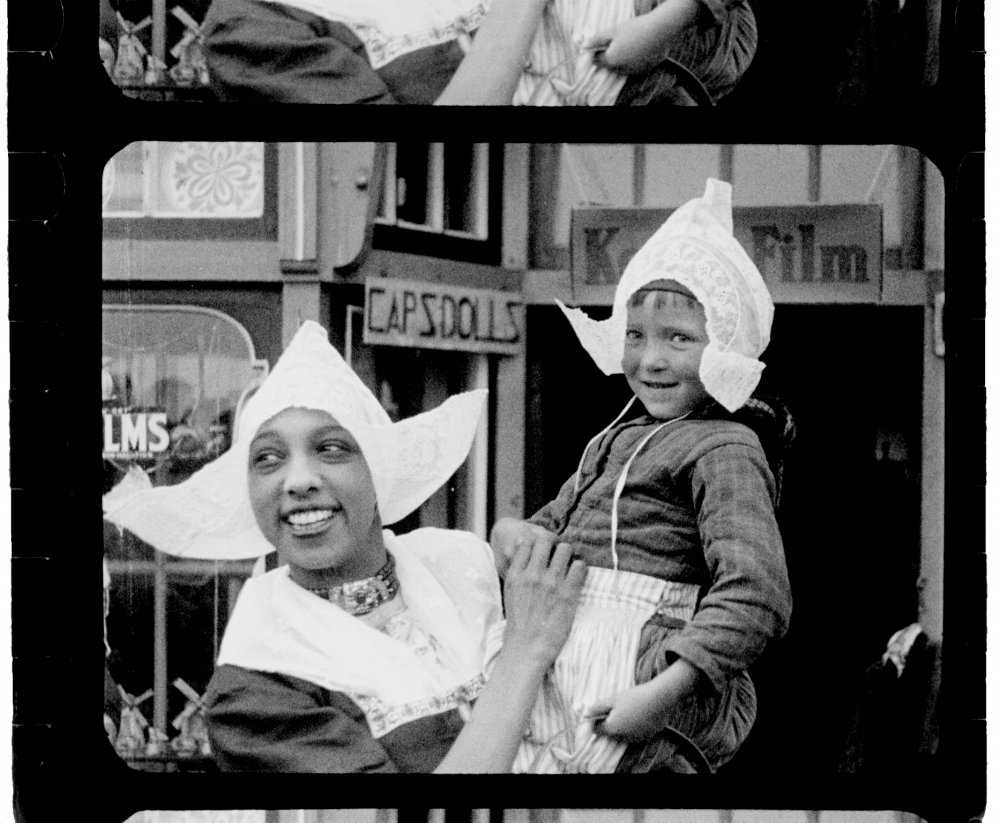 Josephine Baker on a visit to the Netherlands, 1928
Credit: from the Fox Movietone News Collection, University of South Carolina Moving Image Research Collections

This spring the biennial Orphan Film Symposium convened under the slanted white awning of Amsterdam’s EYE Film Institute, marking its European debut as well as its ninth edition. The event, along with the whole notion of ‘orphan works’, has travelled a long way since the first gathering at the University of South Carolina in 1999. Many of the major archives were in attendance for three days of presentations and screenings exploring the full gamut of home-movies, industrial shorts, promotional films, outsider cinema and newsreel out-takes, the marginal nature of the material sometimes contrasting oddly with the gleaming new venue.

Seasoned ‘orphanistas’ talk fondly of the early USC era, where members would share renegade reels in late-night hotel screenings, although a sense of informality and adventure still abides; this is a place where archivists can refuel on inspiration and barter over films.

Some of the credit for this must go to laid-back host Dan Streible, formerly of South Carolina and now at New York University, who pulls the disparate programme of papers together and also set the tone with a number of well-chosen clips from Fox Movietone News. One of these, documenting a 1928 Netherlands visit in which Josephine Baker [pictured above] valiantly attempted the Charleston in clogs, underlined the spirit of cross-border collaboration. Another, an enormous bonfire of valve radios then considered redundant rather than vintage, nicely encapsulated this year’s theme: ‘The Future of Obsolescence’.

The subject was tackled from many different angles, Thomas Elsaesser’s keynote kicking things off with a caution against the danger of ‘generalised nostalgia’ or retro-fetishism. Setting up archives in contrast with art museums – “who praise cinema in order to bury it” – he urged those present not to strip work from its context, to stay aware of the economic and technological conditions which helped to produce these films.

An entertaining account of how both the context and the work can shift radically over time was provided by Streible himself, in a guided tour of the multiple versions and endless misinformation generated by early Edison short Fred Ott’s Sneeze (1894). Not actually screened until the 1950s, this explosive moment existed only in paper form for half a century and was widely recorded as lasting 45 frames when in fact the full sneeze is 81 frames long: a reminder that lazy scholarship and parroted half-truths existed long before the internet.

Edison Kinetoscopic Record of a Sneeze, aka Fred Ott’s Sneeze (1894)

Definitive versions are hard to come by in a field which champions the obscure, the abandoned and the mutilated, and some of the work on show required a certain amount of creative licence from the restorers.

These included a work-in-progress reconstruction of one of Philippine filmmaker Henry Francia’s early underground shorts from the 1960s, pieced together from fragments and the memories of those who viewed the film first time around. Darktown Troubles was filmed circa 1914 but never released, a comedy featuring popular black performer Bert Williams and many other Harlem figures. A century later the out-takes and rushes screened for us by MOMA represented its first public outing, untethered from any linear narrative but still compelling as social history and as evidence of its star’s talent (often obscured in the past by controversy over his use of black-face). The film and many others were accompanied by pianist Stephen Horne, who scored everything Orphans threw at him with aplomb; sometimes on two instruments at once.

Orphans describes its audience as a mixture of ‘archivists, artists and scholars’, and the evening shows included a number of looser appropriations of found material. Detour de Force (Rebecca Baron, 2014) is a new half-hour film exploring the phenomenon of ‘thoughtographer’ Ted Serios, a Chicago bellhop who claimed he could transfer images directly from his mind onto Polaroids. Serios was adopted as a pet project by psychiatrist Jule Eisenbud, and a good deal of the film is given over to footage of Serios getting tanked up on Budweiser and then attempting to ‘perform’ for Eisenbud by channelling his pent-up fury into the camera lens.

Technicolor NG was an audio remix by Jon Klacsmann and Walter Forsberg of the first reel of 1966 western Ride to Hangman’s Tree, distinguished by a fault in the Technicolor processing that left each character pursued by a cyan and magenta ghost of themselves. Though full of diverting moments, both pieces might have benefitted from a little more trimming or creative interference. 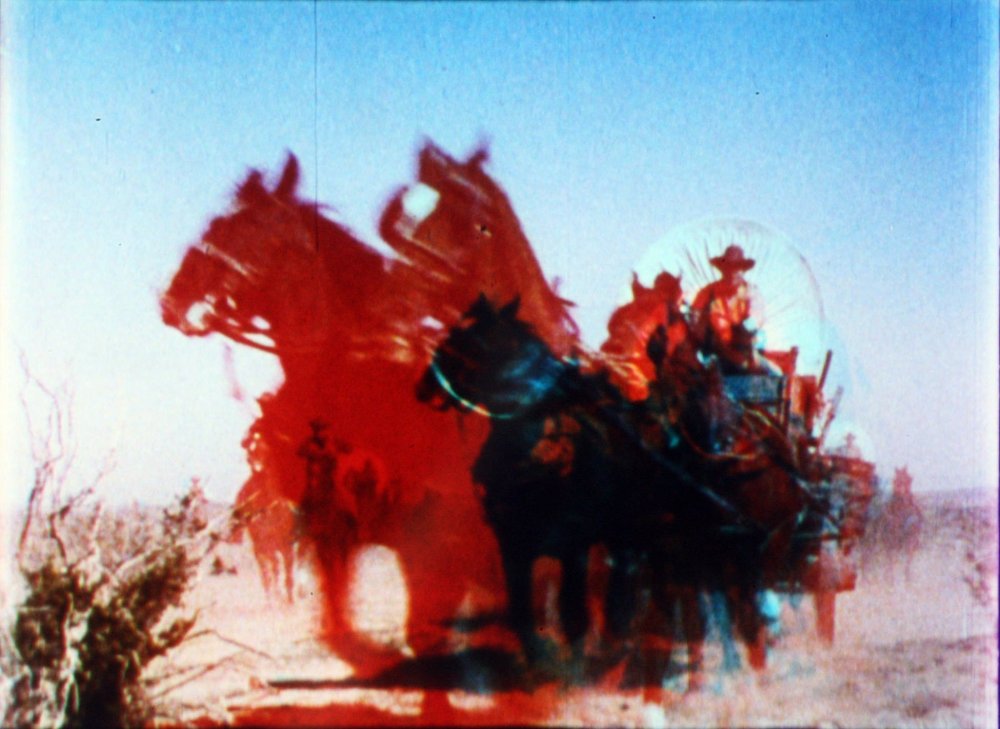 There was no shortage of celluloid love, with numerous papers digging up arcane and forgotten formats like the Polish cine-camera OKO, which used an improbable typewriter system to record frames in rows of 15. At the same time, digital was not a dirty word. The benefits of high-resolution scanning were plain to see in some spectacular transfers, and the genuine enthusiasm for access expressed here was clearly stoked by the new opportunities which digital exhibition and online streaming have opened up.

There was more ambivalence, however, when it came to the practice of conservation and preservation. Those entering the field are now expected to be specialists in data migration and software development, with understanding of film handling and photo-chemical processes less and less of a priority.

Snowden Becker from UCLA talked about archives straddling a divide between the technologies of the 19th and 22nd centuries, with the looming prospect of a split in the profession. Media arts researcher Evan Meaney conjured up in the longer term the phantom of bit rot, a kind of digital decay that could leave all of our collections corrupted and unusable. His solution in the face of this terrifying scenario was ‘Big Sleep’, a hypothetical codec which will lock up your file forever; “if you want to save something, you have to keep it away from everything.”

Many of the prints we saw had survived obsolescence through luck rather than judgement. A stand-out session on amateur filmmaking in the former Eastern Bloc gathered the fruits of much dogged research, dredging up the work of film societies from small-town museums and private collections. Neither party-line propaganda nor subversive satire, these shorts gave a wonderfully nuanced picture of life under Communism. On the Same Earth (Na odnoi zemle, People’s Film Studio at DK Proftekhobrazovania, Leningrad, 1976) veered between awe and scepticism in documenting a Russian cultural mission to Canada (“separated by 8,000 miles… and a lot of other things”), ultimately bringing home the crazy divisiveness of the Cold War.

Archaeo-Logical Stuff (1966) was produced by a factory film unit in East German iron town Eisenhüttenstadt. Its subject was the unofficial paths worn down by pedestrians across public land, referred to nowadays as ‘desire lines’ but perceived in the GDR as straight vandalism. The filmmakers’ use of repetition, ominous music and non-sync sound turned an instructional film into a droll essay on the hive mind.

One of the most exciting surprises in the programme came late in the day, as part of a presentation by MA student Andrea Kramer on the restoration of Gasparcolor films. A short-lived colour system invented by a Hungarian chemist, the nature of the process lent itself best to animation and the first three examples were stop-frame adverts from 1930s Germany boasting colours that smacked you in the face with their vibrancy. 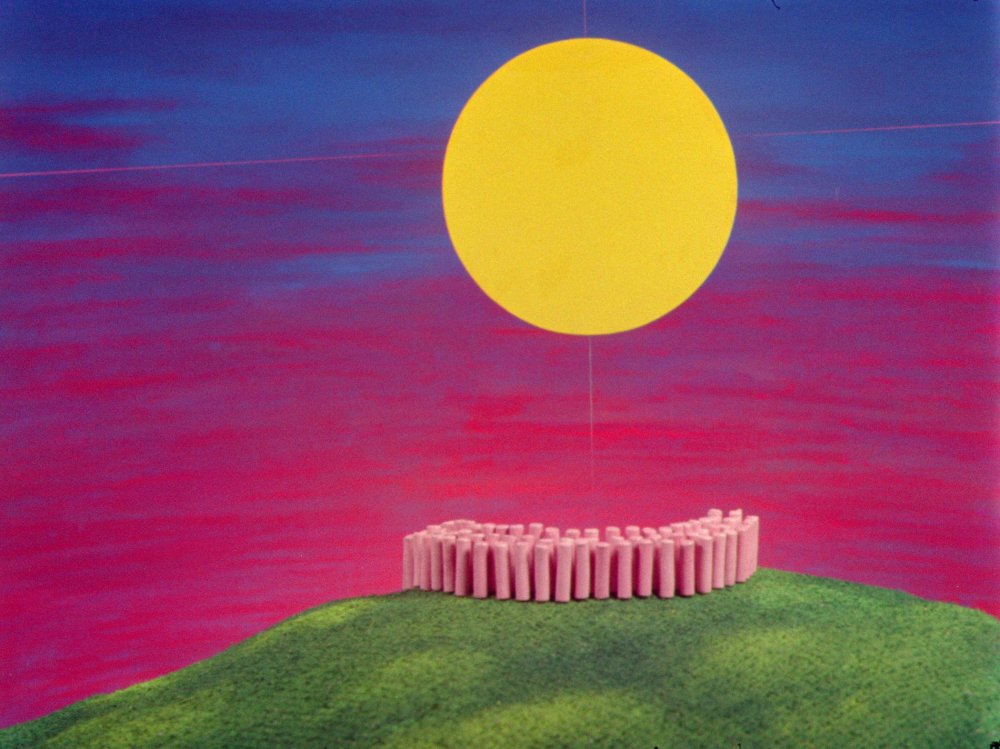 The climax was Oskar Fischinger’s Pink Guards on Parade, a symphonic publicity short for Euthymol toothpaste that surely has not looked this good since its first screening in 1935. Kramer’s amazing results were achieved by applying Gaspar’s techniques to a black-and-white negative in the BFI collection, combining them with a soundtrack from the Academy archive, and then using a YouTube clip of the film to reconstruct its original edit.

Whether or not Pink Guards on Parade qualifies as an orphan work is another question. The symposium takes an all-embracing definition of the term, with the aim of shifting the focus away from theatrical features as the sine qua non of cinema. During a discussion of rights it was made clear that the legal definition of orphan works is much more restrictive, although even under these criteria it is estimated that at least 20 per cent of European collections have orphan status. Many of the large film heritage institutions lobbied the EU for some years to create an exemption which will allow them to make use of orphan works, a directive which was approved in 2012.

“Orphan works are one battle in an ongoing war” declared Nicola Mazzanti of Belgium’s Royal Film Archive, in an entertaining diatribe that generated most of this session’s heat as well as a certain amount of light. A man who has no doubt had his fair share of meetings on European copyright law, Mazzanti railed against the glacial pace of reform and the total inadequacy of our legal framework in the face of new business models and patterns of consumption. “I want this conference to become obsolete as soon as possible,” he concluded, and though many present shared his frustration the directive was evidence of real progress, however limited. It’s also striking to see how orphans have become a test-case in much broader intellectual property debates.

More than anyone archivists are acutely aware of the enormity of their task, the futility of trying to fight time. As one of the cowboys in Technicolor NG put it, “there ain’t a lot of permanence in this business”. Nonetheless, alongside gloomy prognostications and extravagant nerdiness there was plenty of joy to be found at Orphans. Not just a copyright battleground, the field has opened out fruitful territory for researchers, restorers and artists, raising provocative questions about the things we keep and the things we lose.