Peace, love… and Estonian madness at the Hiroshima Animation Festival 2018

This year as ever, Asia’s premier animation showcase flew the flag for pacifist values – with a burgeoning note of inclusivity amongst the prize-winners. But there was a welcome shot of derangement to be found in the retrospective of Estonia’s wild history of animated wonders. 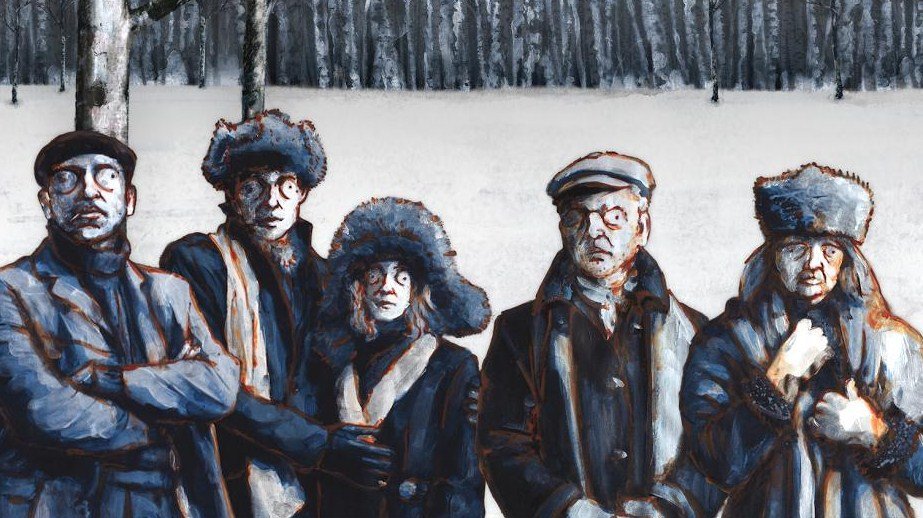 Hiroshima is a city with a message. It contains a Peace Park, a Peace Café, a Peace Boulevard. The bike rental scheme is called Peacecle. The very rivers seem to burble prayers for world harmony.

Like many of the city’s cultural initiatives, the Hiroshima International Animation Festival comes with a pacifist mandate. It was set up in 1985 by the late animator Kinoshita Renzo and his wife Sayoko, who had collaborated on Pika-Don (1978), a well-regarded short film about the atomic bomb. From the start, its motto has been Love and Peace, its logo a pair of doves. This year’s edition featured a sidebar called Animation for Peace – a heavy mix of the sententious and the sentimental – and a screening of Katabuchi Sinao’s In This Corner of the World, a gentle, Ghibliesque wartime drama set in Hiroshima.

In This Corner of the World trailer

That said, the theme doesn’t constrain the programming too tightly – if it did, HIAF wouldn’t have grown into Asia’s premier animation get-together. Kinoshita Sayoko, still the director, opts to present animation in broad terms as a forum for global cooperation and goodwill. Crucially, this year’s competition of 75 films (picked from a record 2,842 entries) was genuinely international: animation minnows such as Colombia and Turkey jostled with giants France and Poland. A range of themes, styles and tones were represented, even if there was a bias toward narrative over experimental work. As often with animation, many films were dialogue-free, and all the more universal for it.

None of the 75 shorts was a masterpiece, but several came close. The most conceptually interesting was Nothing Happens, by the Israelis Uri and Michelle Kranot. In an icy field, villagers gather in a row to stare silently at a scene we never see. The camera alternately lingers behind them and fixes on their eerily bug-eyed faces. Suspense builds; a gunshot rings out; the crowd gloomily disperses and the film ends, frustrating our voyeuristic urge to know what happened.

Only later did I learn that Nothing Happens is usually presented as a virtual reality installation, in which the participant’s viewpoint adds a twist to the narrative. It speaks to the Kranots’ precision of film language that the work translated to a conventional projection. It perhaps also speaks to HIAF’s conservatism that there was no booth dedicated to VR – a fast-growing medium.

Just as elegant was Child, by three students from Germany’s respected Filmakademie Baden-Württemberg. In nine swift minutes, a man’s entire life is told through a simple metaphor. He observes a fire as a boy and matures while trying to fell trees for firewood, but is defeated by the task, and returns home old and frail with but a branch for kindling. The narrative’s starkness is matched by the visuals. Fragile lines criss-cross sparse monochrome frames, in which the black comes to dominate the white. The artisanal look was achieved without drawing a single line: the film was animated in 3D and processed digitally, with only some background ink being added by hand.

Animators rarely tell stories this well – indeed, for those who don’t aspire to a director’s career, storytelling is not a priority. Another exception was the Oscar-nominated Negative Space, by the Baltimore-based Max Porter and Ru Kuwahata. A boy bonds with his awkward father over their joint fondness for the art of packing suitcases. The poignant tale draws on a poem by Ron Koertge, which is recited in voiceover. Porter and Kuwahata animate their bulb-headed puppets entirely in stop-motion; in one exquisite scene, the contents of a suitcase lap up to the protagonist like a wave. The film is flawless, and I wonder whether its reliance on the subtleties of language harmed its chances with the very international jury.

The jurists, led by renowned anime producer Maruyama Masao, didn’t share my tastes. Many of their picks were either gag-driven crowd-pleasers or films that pushed a right-on message of inclusivity. Their choices for the top two awards were a little edgier. In Bond, by Hungary’s Judit Wunder, a woman makes love to a large, spectral cat, but loses her sexual drive after giving birth to three kittens. The expressionist forms and greyscale-plus-red palette are not original, but the film stood out for its sombre vision of motherhood – though it was a curious fit for the Hiroshima Prize, which is meant to promote the Love and Peace theme.

The Grand Prize went to Romanian animator Sergiu Negulici’s The Blissful Accidental Death (a debut, like Bond). The film was prompted by an old letter Negulici discovered in an antique store, written to a famous poet by one of his lovers. It unfolds as a CGI train ride, in which a roving camera observes cryptic scenes from the woman’s life: tender encounters with the poet, Dadaist congregations, what may be Nazi deportations. Time is stretched and compressed, and a striking pencil-sketch style intervenes at key points in the narrative – this quasi-documentary could only have been made as an animation. Disorienting on first viewing, engrossing on second, it had ambition fit for a winner.

Eastern Europe’s strong showing at the festival didn’t end there. Beyond the competition, the focus this year was on the barmy, brilliant works of Estonian animators. This focus officially commemorated the centenary of Estonia’s first declaration of independence (which the USSR would reverse), but it also cemented the growing recognition of the tiny nation as a titan of animation. Across 34 different programmes – which, annoyingly, were never repeated – HIAF traced Estonia’s evolution into a hub of influential, innovative filmmaking.

The country’s animation industry got under way in the 1950s, under the aegis of the state film studio. The first directors were amateurs: trained biologists or wannabe architects who learned to animate by improvising in the studio. Steady funding from above gave them the leeway to experiment. On the other hand, scripts had to be approved by Moscow mandarins, who tended to ban films they didn’t like and take credit for those they did. Censorship fostered a flair for coded satire among many Estonian filmmakers. The country’s location on the fringes of the USSR let them get away with more than artists closer to Moscow, while also putting them in touch with western culture through such media as Finnish television. 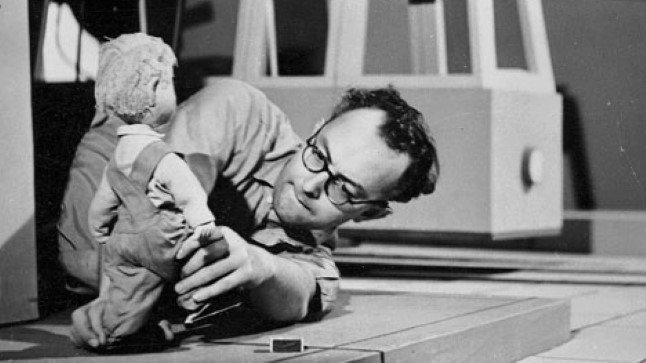 The early works, mostly naïve puppet films for children, are of historic rather than artistic interest. These screenings were impressively well attended, even when they began at ungodly hours of the morning. Occasionally, they rewarded spectators with a short of fine craft or originality. Elbert Tuganov, the father of Estonian animation, stunned me with Inspiration (1975), which is built around luminous time-lapse footage of the epic Estonian Song Festival. As a joyous assertion of local culture under Soviet rule, the film was daring indeed. So was The Nail (1972), by Tuganov’s disciple Heino Pars, in which scenes of seduction and violent confrontation are acted out by two pliable nails. The risqué subject matter troubled Moscow, but it was the virtuosic manipulation of the props that caught my eye. You wouldn’t guess that the nails are made of rubber.

Stop-motion dominated Estonia’s industry at first; the studio responsible for these works, Nukufilm, remains one of the largest of its kind in Europe. Commercially and creatively, however, it has been eclipsed by cel animation. This is mostly due to the output of one man: Priit Pärn. Starting out as a caricaturist, Pärn flourished as an animator in the dying days of the USSR, by which time his art was stretching the censorship laws to breaking point. The characters in Triangle (1982) and Breakfast on the Grass (1988) are ugly and poor, and dream of being elsewhere. The films enliven their dreary routines with garish colours and a fiendish comic timing. Social realism this ain’t.

After the USSR crumbled, Pärn turned his sharp sights on everything from capitalism to movies themselves. His masterpiece 1895 (1995) marked the centenary of cinema by skewering it, arguing that it has warped and falsified our historical memory. A grim, absurd humour permeates all his films, saving them from mere political didacticism. The retrospective of his works in Hiroshima was enhanced by the presence of the man himself, who came in a Je Suis Pärn T-shirt and spent the week casually flouting the decorum of our Japanese hosts.

Pärn’s films are hugely charismatic, his crude visuals easy enough to imitate, and almost every major Estonian animator in his wake bears his influence. This was very apparent at the festival, where I watched his shorts and those of his acolytes Ülo Pikkov and Priit Tender in quick succession. In their positions as teachers at Estonia’s sole animation school, Pärn and his wife Olga continue to train the country’s youngest artists – including foreigners who have moved there to learn from them. The Pärn style has gone global, impressing itself on everything from Rugrats to a whole generation of Japanese filmmakers (just watch Nihei Sarina’s Small People with Hats, 2015).

But Estonian animation is bigger than one man. Capitalism convulsed the industry, replacing censorship with the dictates of the market, yet its studios survived and continue to produce remarkable work. Pikkov in particular has grown in confidence through his experiments in stop-motion, pixillation and live action. In his competition entry Letting Go, dolls fashioned from paintbrushes spin dervish-like before drilling into a big white monster assembled from books. The effect is more Brothers Quay than Pärn, but the film finds its own unsettling rhythm by the end. Pikkov created the dolls with an orphan; even so, the dedication to orphans everywhere feels pretentious in such an oblique work.

The festival also introduced me to Mati Kütt, seemingly the only great post-Soviet Estonian who has avoided Pärn’s influence. His films are so uncompromisingly odd that even his country’s studios have been leery of backing them, forcing him toward independent funds. Ditching conventional narrative, they unfold through a free association of surrealist and abstract images, somehow reproducing the state of peaceful confusion that comes just before sleep. I was hypnotised by Institute of the Dream (2006), in which a humanoid creature made of sand – a literal sandman – ambles through a landscape of flying cushions and chattering rabbits, sending everyone he meets into a deep slumber. It’s a dangerous film to watch jet-lagged (especially when the director is sat next to you).

So much for Love and Peace: the best Estonian animation is provocative and fiercely iconoclastic. In a sense, this is what HIAF needed. The competition, as well as the various sidebars and fringe events, sometimes felt a little tame. The Japanese Animation Today programme presented nothing fresh and exciting – the best shorts were by established talents Wada Atsushi and Yamamura Koji. This tendency toward the safe and the anodyne could be due to the directors’ tastes, their fear of alienating audiences, or the mandate from the city after all. I’m not sure.

The world now has hundreds of animation festivals. Some specialise in a certain medium, while others are strong on experimental works or emerging technologies or the growing field of features. Thirty-three years in, HIAF is a relative veteran; with its broadly mainstream programming and vivid role in Hiroshima’s cultural life, it has become one of the most popular events on the circuit. Yet its leadership, ethos and overall presentation have barely changed. Consistency can breed success, but also complacency. The next edition is scheduled for August 2020, around the 75th anniversary of the atomic bomb – and the Tokyo Olympics. With all eyes on Japan, the festival has a glowing opportunity to try something radically new.