Both mentor and foil to his Ghibli co-founder Miyazaki Hayao, Takahata was a restless if unhurried adventurer who opened Japanese animation up to richer, deeper vistas. 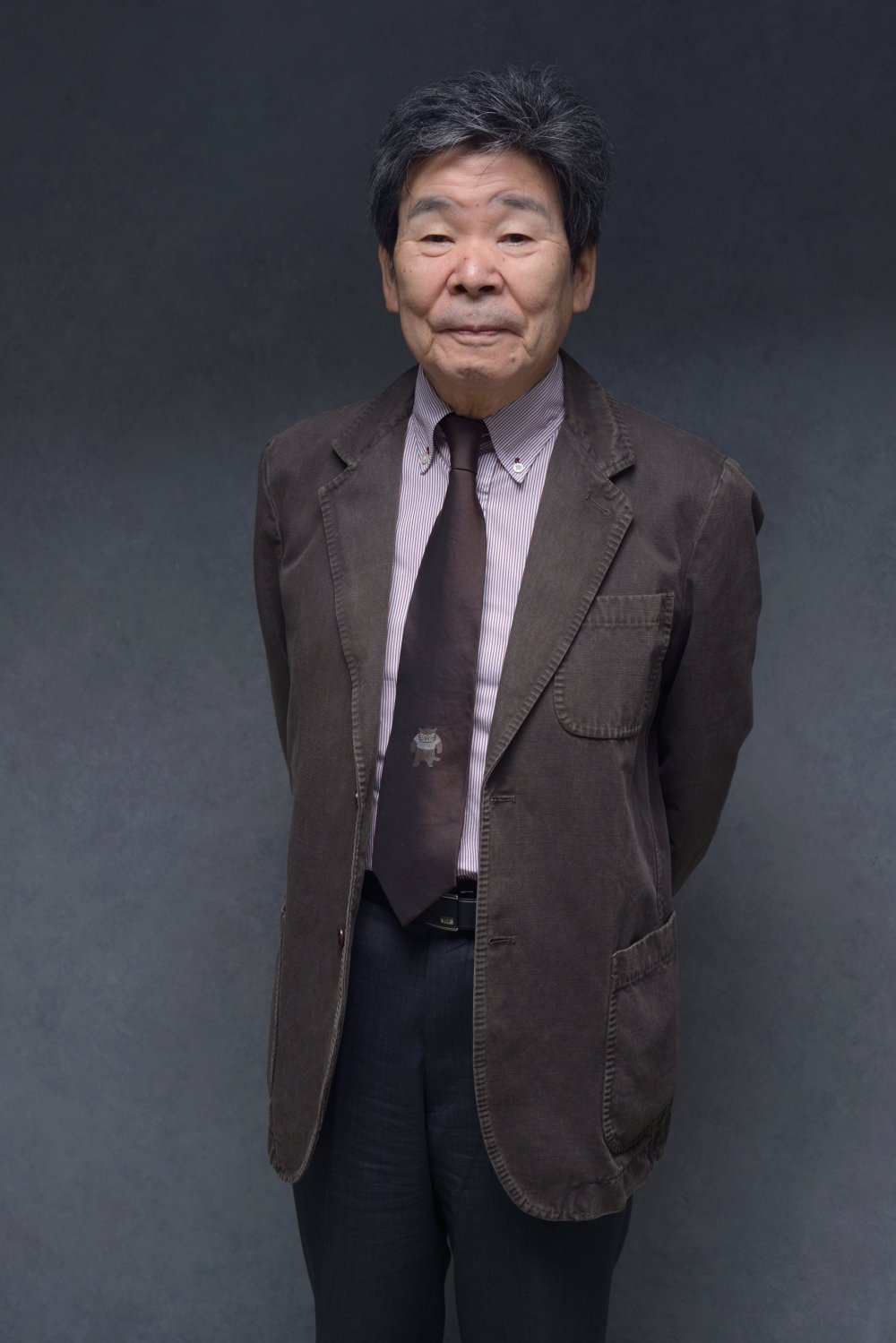 Takahata Isao, who has died of lung cancer aged 82, is being eulogised in some quarters as a great Japanese animator. This is wrong. He certainly exerted a huge influence on anime, both before and after he co-founded the towering Studio Ghibli (with Miyazaki Hayao and producer Suzuki Toshio) in 1985. But Takahata himself did not draw. Rather, he applied a restless curiosity and a renegade sensibility to the anime films he directed, broadening the medium’s expressive reach as he did so.

Born in Japan’s central Mie prefecture in 1935, Takahata had what he described as a “banal” childhood, which was nevertheless disturbed by American bombs. He studied French literature at the prestigious University of Tokyo before joining Toei Animation in 1959. He rose swiftly through the studio’s ranks to the director’s chair. It is there that he met the younger Miyazaki, whose talents as an animator he immediately noticed. 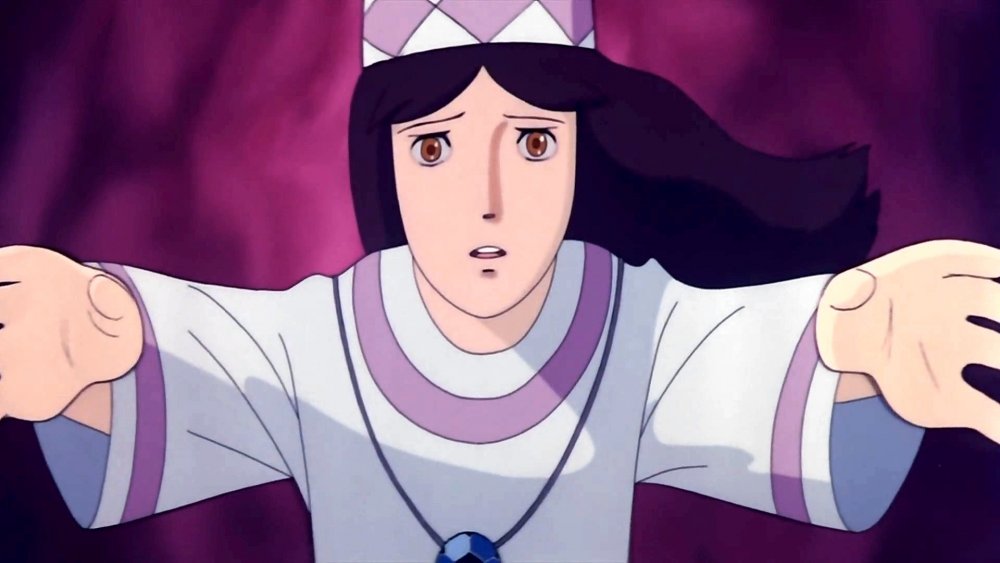 Hols, Prince of the Sun aka The Little Norse Prince (Taiyo No Ôji, Horusu no Daiboken, 1968)

Japanese animation at the time was still in hock to Disney, and studios were committed to churning out bland exportable kids’ fare. Takahata had other ideas: French animator Paul Grimault’s The Shepherdess and the Chimneysweep (1952) convinced him of animation’s potential for “a kind of realism”. Without renouncing fantasy – his debut feature, released in the UK as The Little Norse Prince (1968), crackles with mythological derring-do – Takahata infused his works with psychological depth, and the sorts of pacifist and ecological signalling familiar to Ghibli fans.

After leaving Toei in 1971, he took on diverse projects for various studios. Some exhibit a straight narrative realism, such as the TV series Anne of Green Gables (1979), which hews closely to its literary source. Others, like the feature Panda! Go, Panda! (1972), inhabit a fabular realm of talking animals. Miyazaki served throughout as Takahata’s lead animator, and when he came to direct his own feature, the punky sci-fi epic Nausicaä of the Valley of the Wind (1984), he hired his creative partner as a producer. 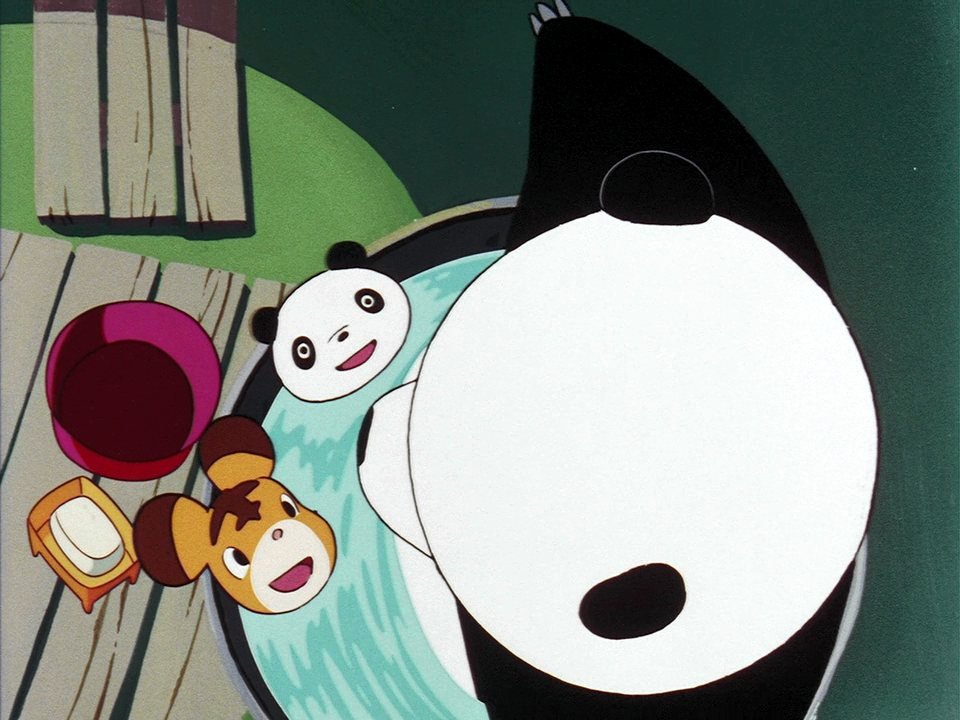 Nausicaä’s success enabled the creation of Studio Ghibli in a west Tokyo suburb. Takahata promptly sank half the film’s profits into a three-hour live-action documentary about a network of medieval waterways in southern Japan. The Story of Yanagawa’s Canals (1987) is both a lyrical paean to nature’s intrinsic beauty and a meticulous lesson in civil engineering – a toxic mix for audiences, who stayed away. As Yanagawa’s budget spiralled, Miyazaki set to work on Laputa: Castle in the Sky (1986) to recoup the losses; not for the last time was he effectively subsidising his colleague’s career. 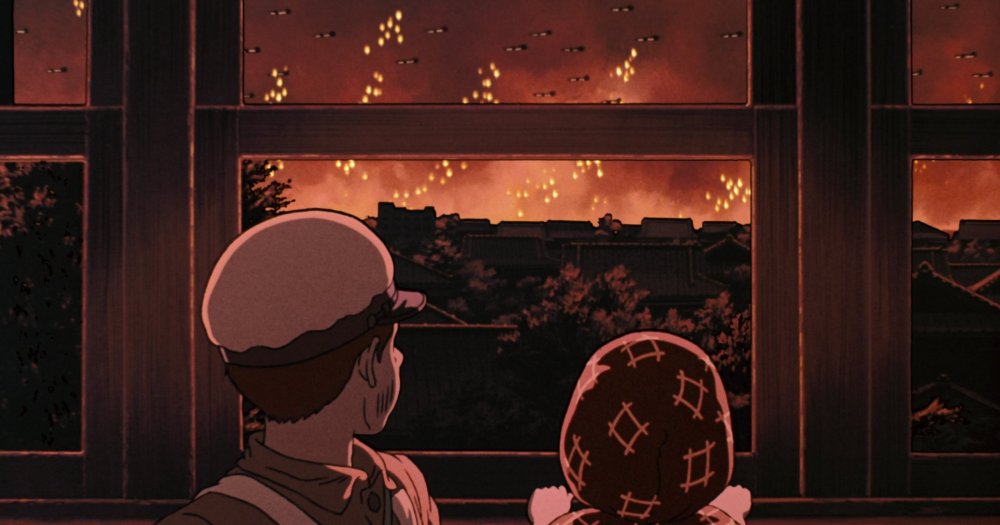 After this debacle, Takahata returned to animation and made his masterpiece. Grave of the Fireflies (1988) follows a teenage boy and his young sister as they fend for themselves in the dying days of the Second World War. Adapted from a novella, the film also draws on the director’s own childhood experiences, and its depiction of the privations of war feels devastatingly plausible. Yet Takahata manages to isolate sublime moments from the carnage: scenes in which the protagonists play with bubbles in water, or the insects of the title, remind us that they are still children, capable of wonder.

The late critic Roger Ebert described Fireflies as “an emotional experience so powerful that it forces a rethinking of animation”. The film’s critical success bore out Takahata’s belief that the medium was ripe for sophisticated takes on real-world issues. 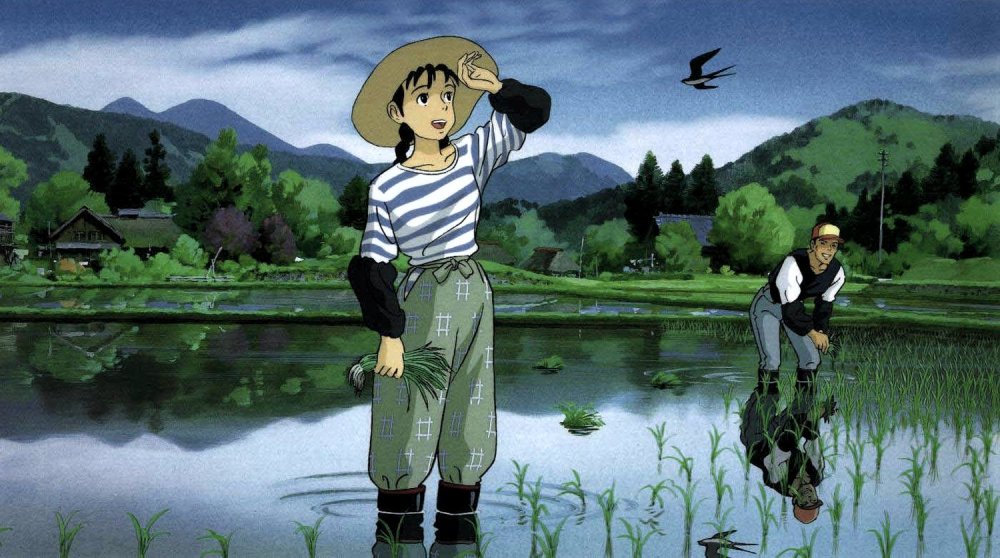 Though far removed from the unsparing tragedy of Fireflies, his subsequent films returned to its twin themes: people’s relationships to each other, and to their environment. Only Yesterday (1991) is a gentle romantic drama that interlaces scenes from a young urban woman’s extended stay on a farm with flashbacks to her awkward adolescence. If Fireflies channels Italian neorealism, this film is like a Rohmerian social sketch, complete with an affinity for seasons as metaphor. 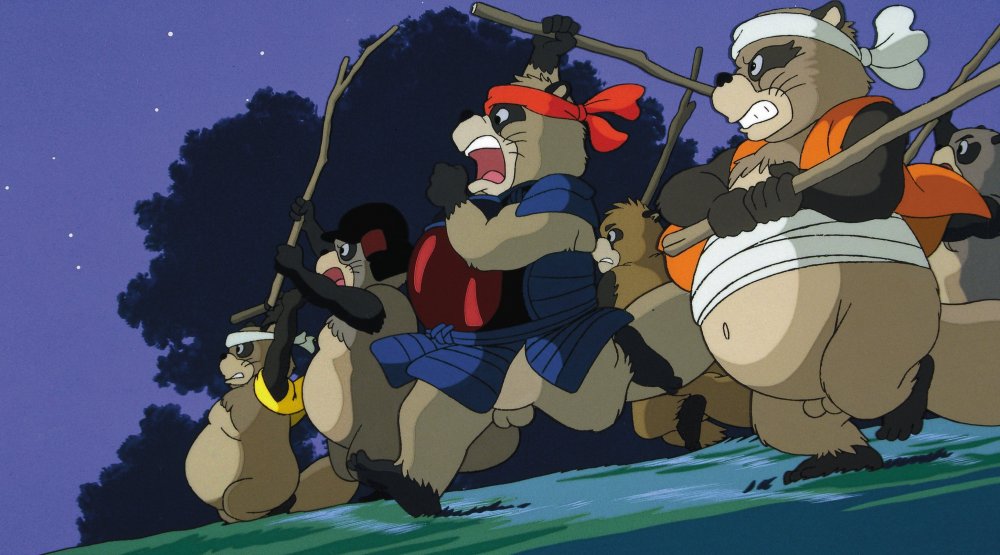 There followed Pom Poko (1994), a riotous ecological allegory about a community of shape-shifting tanuki (raccoon-like creatures) who set out to sabotage an urban development project on their territory. Moments of brilliant satire glint through the hazy plotting, and the knockabout laughs of the tanuki’s daily rituals stands alone in the Ghibli catalogue.

Takahata changed gear again for My Neighbours the Yamadas (1999), a series of vignettes that glean bittersweet humour from the humdrum existence of a suburban family. Children quarrel, a drunk father struggles to eat a banana, and a voiceover narrator encapsulates the pathos of their lot with judiciously timed haikus. The film inspired American screenwriter Michael Arndt to write his hit road trip comedy Little Miss Sunshine (2006). 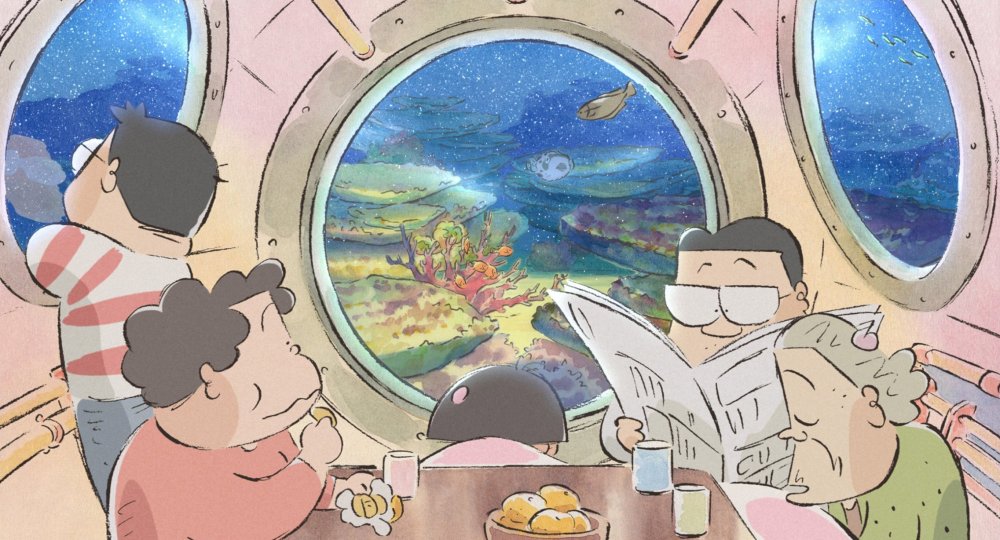 My Neighbours the Yamadas (Hōhokekyo Tonari no Yamada-kun, 1999)

Unconstrained by a drawing style of his own, Takahata was becoming more visually adventurous. For Yamadas, he abandoned the conventional anime look in favour of sparse lines and a diaphanous watercolour palette.

He elevated this approach to sublime heights in The Tale of the Princess Kaguya (2013), a retelling of a classic Japanese folk tale about an otherworldly princess who upends the conventions of the court. The film’s fleet brushstrokes evoke ancient calligraphy, and period detail is painstakingly sourced from emaki, medieval Japanese picture scrolls which Takahata described as a kind of proto-animation (and about which he wrote a book). The demanding digital techniques employed on Yamadas and Kaguya inflated budgets; luckily for Takahata, the latter was underwritten by a TV mogul who admired his work.

Kaguya was hailed as an aesthetic marvel and nominated for an Oscar. But its tortuous production flagged a longstanding problem with Takahata’s working habits. Though by all accounts a steely, exacting director, he was also a slow worker – “a slugabed sloth”, to quote Miyazaki.

Not that he idled away his time outside the studio: he penned criticism, translated French poetry, lectured around the world and composed songs for his films. He stepped up his activism, becoming a vocal critic of the current Japanese government’s hawkish policies.

Meanwhile, he contributed a segment to Kawamoto Kihachiro’s portmanteau film Winter Days (2003), an homage to the haiku poet Basho. In his last major project, he assumed the role of artistic producer on my father Michael’s film The Red Turtle (2016) – Ghibli’s first international co-production – which he shepherded through its decade-long gestation.

His methods nevertheless contrasted with those of the workaholic Miyazaki (who, at 77, is directing his 12th feature). The pair scarcely collaborated under Ghibli’s roof, and they admitted to deliberately cultivating different styles; some caricatured this creative tension as a rivalry. Miyazaki has maintained a higher profile, bolstered by his charismatic media presence – he dominates the behind-the-scenes Ghibli documentary The Kingdom of Dreams and Madness (2013). Yet he makes no secret of his debt or devotion to his mentor. “I rarely dream,” he once said, “but when I do, it is only ever about one person: Takahata.” 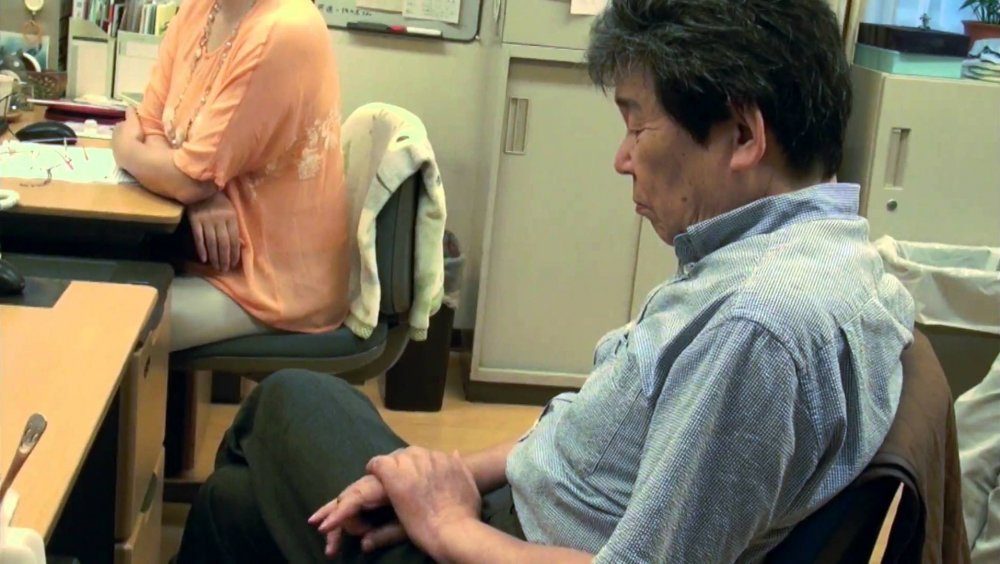 Takahata was doubtless an auteur, even if the medium of feature animation has been slow to accommodate that label. Though refracted through outwardly very disparate styles, his “kind of realism” is palpable across his oeuvre. Like the man himself – whom I first saw at a festival’s reception banquet, standing apart, alone, in a corner – his films are not showy: not for them the swaggering heroes and bravura fantasy set-pieces that many expect from animation. Their protagonists are, by and large, ordinary folk, all the more relatable because they are not mired in the particulars of human actors. The thrill of his works comes not from action or song, but from their exquisite attention to the details of the real world.

Eighteen months ago, a hale and hearty Takahata took my family on a tour of his beloved Goshikinuma, a lake-studded area in northern Japan. As we strolled under the technicolor canopies of late summer, his telescopic eyes singled out trees and shrubs in the distance; knowing that my mother tongue is French, he gave me their names in that language. I have a photo of him standing at the edge of cobalt-blue water, small against the scenery, gazing at a bird in flight. Fittingly, the image captures his spirit better than words could.