Yonebayashi Hiromasa on Mary and the Witch’s Flower: “We want to make films that give people courage”

The Arrietty director has teamed up with fellow Studio Ghibli veteran Nishimura Yoshiaki to start a new company, and fittingly their first film is all about taking a leap into the unknown. 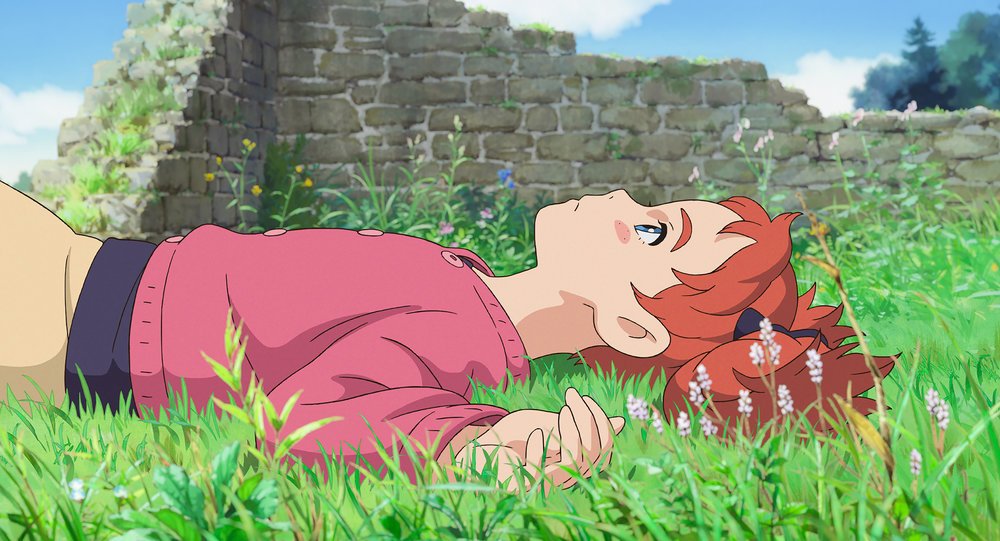 When the esteemed Japanese animation studio Studio Ghibli announced an indefinite hiatus on film production in 2014, to the surprise and disappointment of its worldwide audience, Ghibli producer Nishimura Yoshiaki and director Yonebayashi Hiromasa were determined not to lose their momentum. “We decided that we are going to carry on making animated films, and in order to do that, we needed a studio,” says Nishimura. “If Studio Ghibli was no longer making films, let’s do it ourselves.”

Mary and the Witch’s Flower is released in UK cinemas on 4 May, with nationwide previews on 10 April. See maryandthewitchsflower.film.

Nishimura and Yonebayashi were two of the bigger names of latter-day Ghibli: Nishimura had produced Takahata Isao’s The Tale of the Princess Kaguya (2013) and Yonebayashi had directed his debut feature Arrietty (2010) for Ghibli before working with Nishimura on When Marnie Was There (2014), reportedly the studio’s final feature (though there have been indications since then that Ghibli figurehead Miyazaki Hayao is trying for one more film after all). Still inspired by their collaboration, the pair led the charge in establishing a breakaway studio from Ghibli, christened Ponoc, which has recently completed its debut feature Mary and the Witch’s Flower. 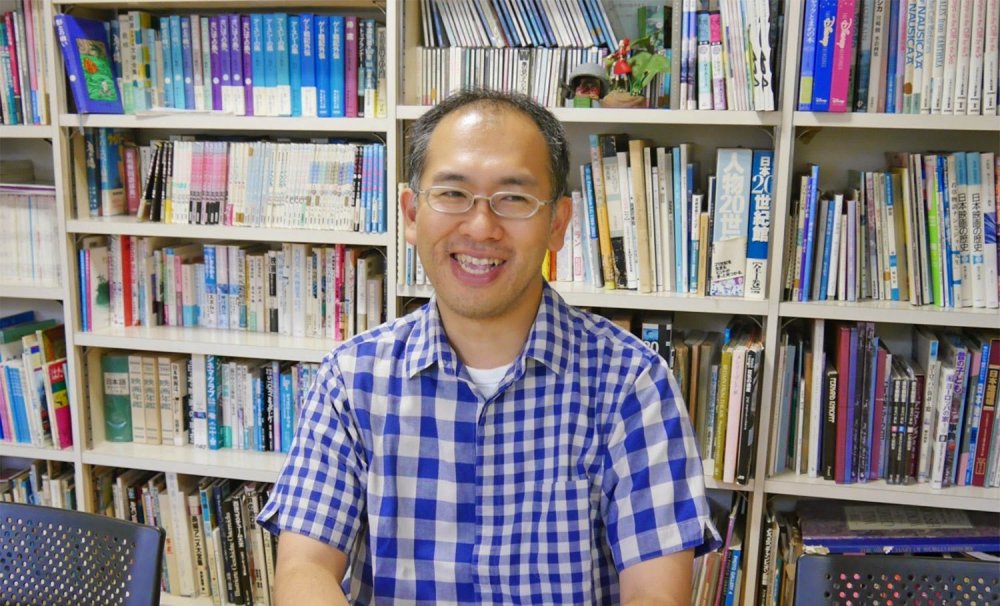 The name Ponoc, Nishimura explains, is drawn from the Serbo-Croatian word for midnight (though rendered in Japanese as ponokku rather than the original ponoć), signalling the end of one day and the beginning of another. “Starting from nothing was quite scary, but in starting from zero there is hope as well,” he says. This sense of a new beginning was used to rally talent from Ghibli and elsewhere, and Nishimura recognises that without the cooperation of others, his goal of a new studio would have been impossible; without the Ghibli brand to rely on, the upstart studio would need to grow from its own collection of talent.

Mary and the Witch’s Flower holds symbolic significance, then, as Ponoc’s first film. As in a number of Ghibli classics, the film follows a young girl pulled from her boring pastoral life and thrust headfirst into an unfamiliar Hogwarts-esque school of magic, dependent on her wits and grit to find her way – something Nishimura compares to Ponoc’s own situation. Just as the title character of the film must ultimately give up her magic to find her own strength, Ponoc too must abandon the ‘magic’ of the Ghibli brand to make its name. Nishimura put trust in his director to capture this particular feeling of independence and self-confidence, saying that “Yonebayashi directing this film was no coincidence, but, in fact, necessary.” 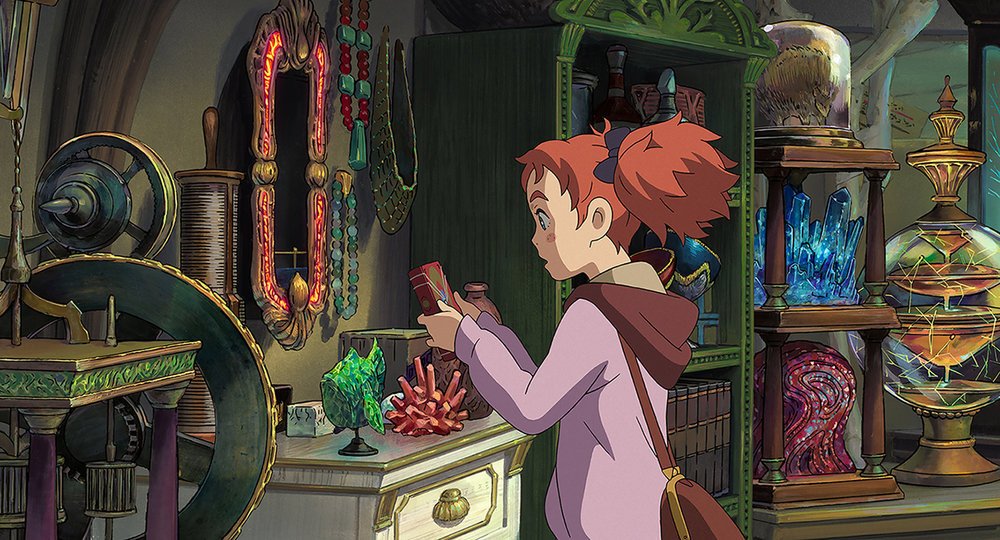 Yonebayashi would, indeed, seem a natural fit for Mary. Like Arrietty and Marnie, it is adapted from a British children’s fantasy novel by a female writer (in this case, The Little Broomstick by Mary Stewart), and focuses on a girl trying to understand her place in the world. But in a departure from his first two introverted, quiet films – Marnie in particular is surely Ghibli’s most melancholic film – Mary is an energetic, relatively action-packed fantasy adventure, with a protagonist who solves most of her problems by running into them headfirst. To Yonebayashi, this was a crucial creative shift to make at this juncture in his career.

“This time we wanted to make a film with a protagonist who acts before thinking,” Yonebayashi explains. “This applies to starting a new studio as well; it was important we take action without thinking too much.” Like Nishimura, Yonebayashi sees parallels between the story of Mary and that of Studio Ponoc, which is perhaps why he emphasises the significance of having a narrative that can give its audience feelings of hope and courage – important themes in Mary, and words both men repeat several times during the interview. An exciting, inspiring tale, it would seem, makes for a better mission statement than the more understated stories Yonebayashi has dealt in before, privileging audacity and heat-of-the-moment passion where before he had valued reflection and soul-searching. 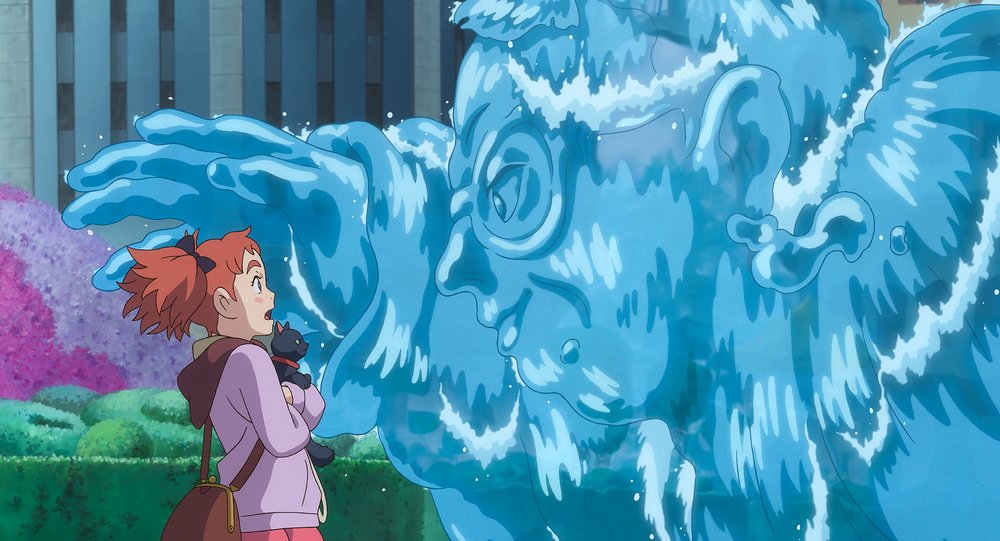 Looking to the future, Nishimura and Yonebayashi seem satisfied for now simply to carry on Ghibli’s legacy of making quality animated films, unabashedly suited for children. “We are parents now, we have children,” says Nishimura, “and there are other children all over the world, so it’s just an honour for us to keep making animation for them.” Where many animation studios in Japan are increasingly looking to make edgier, more adult-oriented works, Ponoc would rather continue to fill the more wholesome Ghibli niche, producing films which offer children, in Nishimura’s words, “courage, love and peace”.

Yonebayashi echoes Nishimura’s ambitions here, referring to the way all the protagonists in his films needed a “push in the back” to take a crucial step forward – in Mary’s case, an impulse to help others and a need to correct her own mistakes lead her to mount a daring rescue mission. It can sometimes be easy to get frustrated with films that sincerely offer distinct morals and clear role-model protagonists, but in the spirit of Ghibli, Yonebayashi takes this as the gold standard, hoping for Ponoc’s films to give an encouraging push to children and adults alike. “We want to make films that give people that courage, that make them able to take a step forward. If we are just able to realise that, we are very grateful.”

Related to Yonebayashi Hiromasa on Mary and the Witch’s Flower: “We want to make films that give people courage”