The bitter and the sweet: British features at Edinburgh 2019

The Scottish showcase is a traditionally a good place to see new work by up-and-coming UK directors. This year, the selection was decidedly mixed, but contained a few triumphs and some promising debuts. 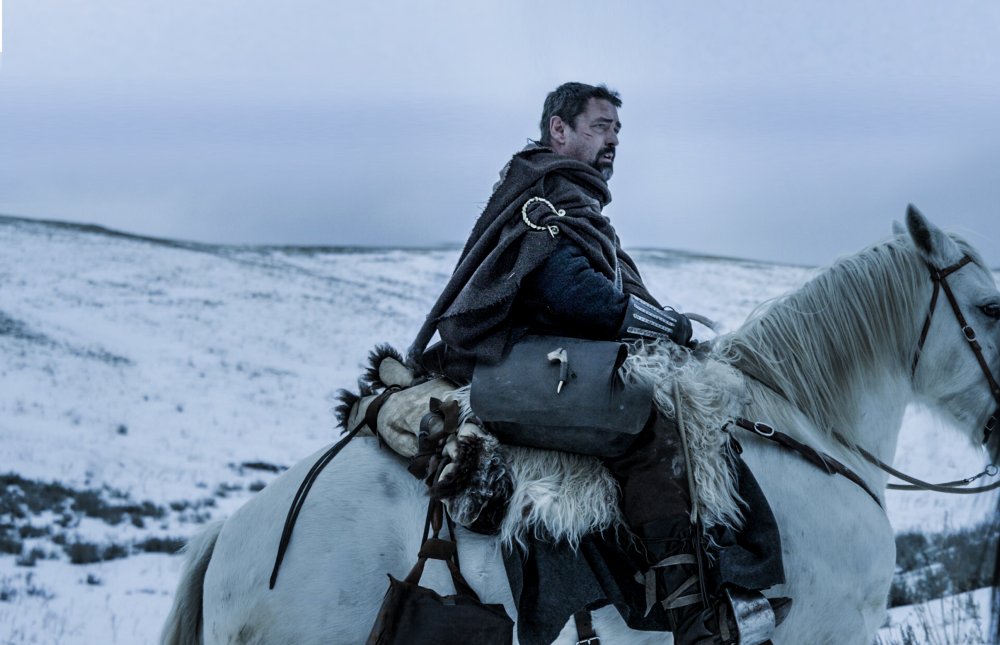 2019 marked my seventh trip to the Edinburgh International Film Festival. Something I’ve always appreciated about its commitment to new British cinema – and not just through its Michael Powell Award competition – is that it provides a platform for more idiosyncratic examples of independent British cinema that may struggle to get a launch at the grander London Film Festival. And while it’s faced competition from the rising Glasgow Film Festival for specifically Scotland-focused fiction and nonfiction, Edinburgh has always launched interesting fare from across the increasingly divided United Kingdom – from Peter Strickland’s Berberian Sound Studio (2012) to Matt Palmer’s Calibre (2018), to name but two recent personal favourites.

That said, not every year can be a vintage one when you take a chance on lots of relatively unproven talent, and my experience of this year’s British line-up was that while the pick-ups from overseas A-list festivals were mostly solid to very good (the Toronto-premiering British folk horror Gwen, now opening in UK cinemas, stood tall), the festival’s own finds were underwhelming so far as the fiction films went. There was also little British presence in the premiering documentaries, bar a pair of pleasant but slight films on Scotland’s whisky and culinary traditions, The Amber Light and Chef’s Diaries: Scotland. (Another Scotland-set doc, Ellen Fiske and Ellinor Hallin’s much admired Scheme Birds, arriving via Tribeca and Hot Docs, is actually a Swedish production.)

The most talked-about world premiere, Richard Gray’s Robert the Bruce, was likewise ineligible for the festival’s UK-focused ‘Best of British’ strand, being an American production (it was ultimately placed in ‘Special Events’ alongside the new cut of Apocalypse Now). Stoked by its star, co-writer and producer Angus Macfadyen, the online controversy concerned not so much its festival play as its absence from Cineworld multiplexes, until a 5,000-signature petition and pile-on from a couple of SNP politicians changed the firm’s mind.

Best of British did have a questionable inclusion this year: the Canadian co-production Strange but True seemed to only qualify because of its British director, Rowan Athale, and involvement from a few UK companies. Shot in Canada and set in Pennsylvania, with most of the leads played by Americans, bar Brian Cox, it’s a grief drama that swerves not entirely comfortably into Southern Gothic territory in its final section, despite not having an actual Southern setting.

Boyz in the Wood trailer

Opening night film Boyz in the Wood, the debut of music video veteran Ninian Doff, oscillates between folk horror comedy and survivalist action movie to eventually wearying results, even before a didactic last act monologue from one of its young leads – who are hunted across the Scottish Highlands by gun-toting aristocrats while completing their Duke of Edinburgh Award – spells out the class and generational warfare themes in a fashion that’s deflating rather than stirring. But there’s a great energy to its better stretches, something I can’t say for the festival’s closing night world premiere, Mrs Lowry & Son. I found this Timothy Spall-led story of painter LS Lowry and his fickle and harshly critical bedridden mother (Vanessa Redgrave) a dramatically inert and repetitive film that doesn’t elucidate its subject’s artistic process in any revelatory way.

Farming won this year’s Michael Powell Award for Best British Film. It’s the feature writing and directing debut of actor Adewale Akinnuoye-Agbaje, based on his experience of being temporarily ‘farmed out’ as a baby by his Nigerian parents to a white foster family in Tilbury, Essex. Later circumstances meant he was placed permanently in the care of the white family. As a teenager driven to hate his own ethnicity from childhood by a deeply racist community (and with more subtle racism in his home life), he became part of a violent white skinhead gang in the early 80s. He joined his tormentors so as to reduce his own abuse; they used him to incite brawls with rival gangs.

A raw exorcism of personal demons, while also a compelling and rare look at a social phenomenon concerning the West African diaspora in the UK, Farming is a gripping though heavy-handed experience. Akinnuoye-Agbaje sometimes struggles with conveying the psychology behind his onscreen surrogate’s wilful participation in some genuinely shocking scenarios. This also extends to some supporting players, where the ultimate impression is that they were included because they existed and were briefly in his life, not because they serve the purpose of this account as a piece of fiction. There’s still much to admire in the film and Akinnuoye-Agbaje is a strong imagemaker. I’m very curious to see his next behind-the-camera project.

In Schemers, the struggle to make strange events from the filmmaker’s own life coherent on screen proved far more detrimental. Influential music promoter and manager Dave McLean writes and directs this story of his own late 70s/early 80s experiences bringing then rising star acts like Iron Maiden and Simple Minds to often improvised venues in Dundee, all while still a student. McLean would later go on to manage the successful rock band Placebo, whose cover of Boney M’s Daddy Cool, features in the film.

The title card for Schemers features the message “Proudly made in Dundee”. And while his love for the place is clear and I’m sure any Dundee tourist board will be happy, I’m not convinced the film was made for anyone outside of the city. McLean and his pals’ wildly fluctuating fortunes during the period the film covers involve a lot of dumb luck, which may well make for an entertaining chapter of a print memoir one day. But on-screen, there is not enough of the clarity needed to tell that story for anyone who wasn’t present, with more than one instance of a narrow escape from disaster being so muddled as to lose the narrative momentum.

I struggled with Schemers, but it’s a masterpiece compared to Bittersweet Symphony, Jamie Adams’ fourth film in two years. An unbearable comedy-drama heavy on both improvisation and inanity, it’s 80 minutes of unmoored actors failing to land a single joke, earn any moment of pathos, or convey any character’s humanity, presented for mass consumption as though the very act of having filmed something is inherently interesting. The film is so haphazard that actor Griffin Dunne is accidentally credited twice in the cast list, and one of those credits is for a character name that’s certainly not the one he’s assigned in his two scenes.

For balance, I’d like to end more positively. As Mark Jenkin’s Bait is opening soon, I’ll not say too much, but this Cornwall-set blend of anachronistic filmmaking techniques and all too contemporary class concerns was a blast of fresh air as a genuine formal innovation. It was my favourite film from the festival as a whole, although I missed Joanna Hogg’s already considerably lauded The Souvenir. But Ruth Platt’s endearing sophomore feature The Black Forest has an air of Hogg’s earlier films about it in its portrait of the strained relationships of ostensibly affluent Brits abroad – albeit with a generally warmer tone and looser style. It was the strongest British world premiere I saw, if only for various sweet little moments rather than an affecting whole.

And to shine a light on some of the international films that made the festival for me alongside Bait: I adored Jessie Jeffrey Dunn Rovinelli’s queer odyssey So Pretty, as well as Andrew Patterson’s remarkable low-key sci-fi The Vast of Night. Sophomore and debut features respectively, they’re both, in different ways, emblematic of the stylistically unique small-scale discoveries Edinburgh regularly uncovers, something I hope to see in greater evidence with the British fare next time around.