Joanna Hogg’s fourth film takes us back to early 1980s London and the insecurities and vulnerabilities of a rich and searching young filmmaker, here expressed with complete mastery. 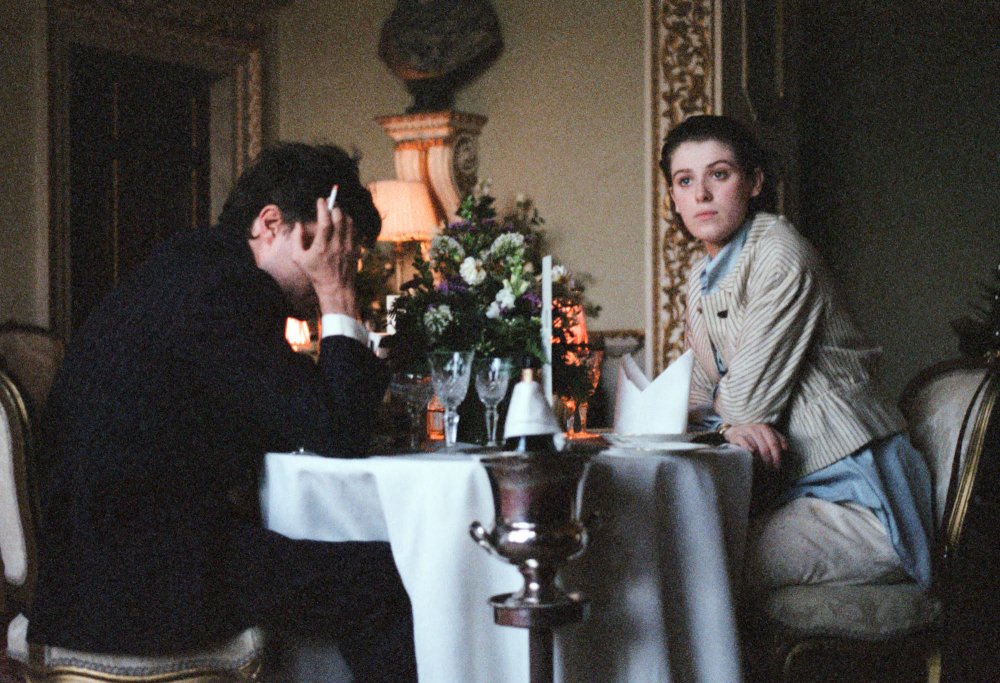 “We don’t know the inner machinations of their hearts – that’s why we turn to film,” says the rakish Anthony (Tom Burke), of other people. This seems to be the manifesto at the heart of The Souvenir, British director Joanna Hogg’s exquisite fourth feature. Based on her own experiences as a film student in London during the 1980s, it’s potent autofiction, and incredibly revealing of a young artist wrestling with her ambitions, limitations and desires.

Which is not to say the film exists simply as a recreation of unmediated memory. The highfalutin Anthony claims he likes filmmaking duo Powell and Pressburger because they’re “truthful without being real”; Hogg goes for something similar, a heightened, elliptical version of events, a dream unscrambled then rearranged to recreate the feeling of being pulled forwards, perhaps even unwillingly, by unseen forces. Her ploys include the disarmingly lovely use of Robert Wyatt’s 1982 track Shipbuilding, or cinematographer David Raedeker shooting on grainy film stock, mimicking the medium with which Hogg would have learned to make films.

Julie (Honor Swinton-Byrne, daughter of Tilda, open-faced and easy to love) is a version of Hogg, an introverted 24-year-old relying on the financial support of her rich parents (her Knightsbridge flat literally sits opposite the luxury department store Harrods), but determined not to remain trapped in her own privileged bubble – especially not in the thick of unchecked neoliberalism under Thatcher. No, Julie wants to to make a black-and-white art film about the shipyards of Sunderland, a documentary about an insecure 16-year-old boy obsessed with his mother.

The film is curious about whether the story is hers to tell; this feels appropriate given the criticism of Hogg’s previous films and the hermetic, bourgeois worlds they take place in. As Julie’s film studies teacher explains, “The most important thing is that you make a connection between your experience and the thing you’re trying to film.” Or, to put it another way – the Tolstoy way – as one character opines at a dinner party: with art, the idea is that “you have a feeling and you communicate it.”

Despite Julie’s earthly advantages, Hogg and Swinton-Byrne draw her as vulnerable. Julie is unguarded and riskily so, allowing herself to be wrapped in the too-tight embrace of the older, sophisticated-seeming Anthony after meeting him at a party. “I’m trying to work out how you two… tessellate,” says Anthony’s friend (a drily funny cameo from Richard Ayoade).

Indeed, theirs is an intoxicating, believable, believably doomed romance. New enough to (and hungry enough for) love to overlook the obvious red flags like his drug problem or the way he takes advantage of her moneyed status, her warm and well-meaning naivity allows Anthony’s coldness to flourish. “Stop inviting me to torture you,” he drawls, instructing her to be “arrogant” rather than “worthy” (“it’s sexier”). She worries that she doesn’t express herself well, that she’s average, that she’s not confident enough (illustrated wincingly in a scene in which a male cinematographer condescendingly rearranges her shot on set). Anthony insists that she’s “not average at all”, but surely “lost”.

Their conversations play out place in bedrooms and kitchens, dining rooms and hallways, the camera almost always set at a distance – while in a dingy hotel on a romantic getaway to Venice, we watch the couple from another room, reflected in an ornate mirror. Only the most astute observer could get the grammar of these scenes just so; this piercing admission of insecurity seems to be the otherwise commanding Hogg at her most transparent and vulnerable.