At the quietly radical Glasgow Short Film Festival, local filmmaking talent was in rude health, which augurs well for the future of the national industry. 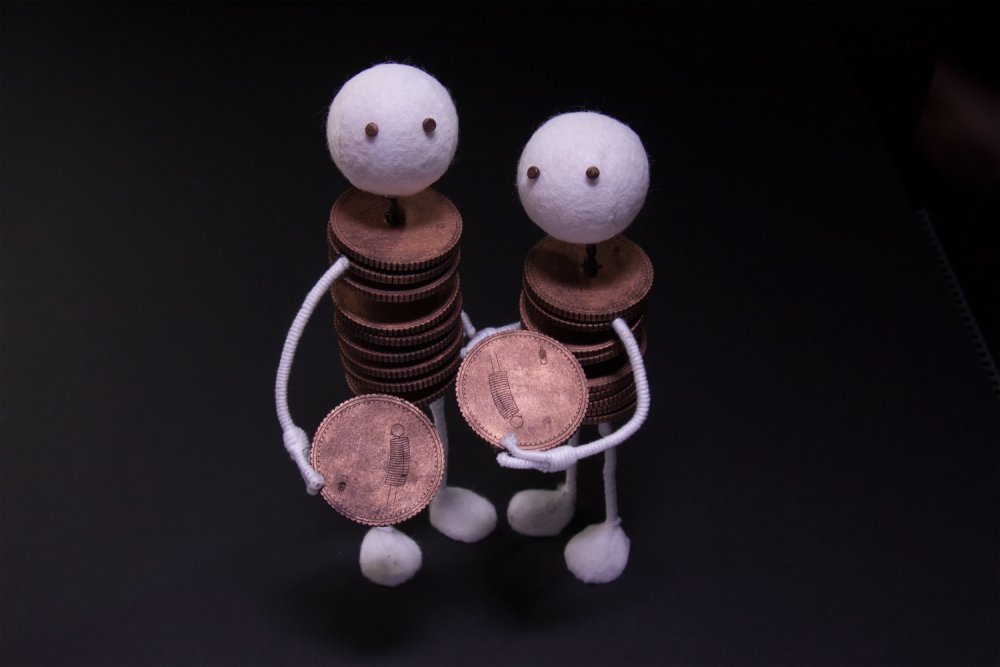 Think of Glasgow Short Film Festival as the hip, irreverent little sister to Glasgow Film Festival – itself no square. The vibe is vaguely anti-establishment, with a lineup brimming with bold experimentations and radical filmmaking. It’s an attitude no better exemplified than with opening film Terror Nullius from remix rebels Soda_Jerk.

The Australian duo have painstakingly smashed together pretty much every Aussie movie ever made, from Picnic at Hanging Rock to BMX Bandits to The Babadook, creating a dizzying state-of-the-nation horror-apocalypse in which the women of Australia, the country’s detained refugees and even the wildlife enact glorious revenge against the macho bogans who have oppressed them, with the most brutal retribution reserved for Mad Max himself, Mel Gibson.

Despite its rebellious status, GSFF also serves a nurturing role in the delicate ecosystem of the Scottish film industry, not least with its Scottish Shorts Competition, which provides the country’s largest showcase for homegrown film talent. Emerging filmmakers make up the bulk of the entries, but this year’s jury happened to give its top prize to the most well-known name in the competition: Turner-prize nominated artist Luke Fowler.

For nearly two decades Fowler has explored the lives of various public figures, such a psychiatrist RD Laing, composer Cornelius Cardew and post-punk icon Xentos Jones, but his GSFF winner is his most personal subject yet: his mother, Bridget Fowler, a former sociology lecturer at Glasgow University.

Shot on 16mm, Mum’s Cards is a deceptively simple examination of Bridget’s multifaceted life through her overflowing files of hand-written index cards filled with notes, quotations and her own thoughts on scholarly texts. As Fowler’s curious camera roves and rummages, picking out cards exploring sociological ideas connected with feminism, psychology and culture, we hear Bridget warmly discussing her idiosyncratic collection and its importance to her ever-curious work. “Wars of ideas don’t just preoccupy you when you’re a student,” she says softly on the soundtrack. “If you have a temperament with an open mind they go on disturbing you all your life.”

Mum’s Cards is a fine film, and it would be churlish to suggest the judges chose the wrong winner, but to my mind there were more exciting works on display from the less established filmmakers in the competition. Particularly bracing was Simone Smith’s Slap, an overwhelming, multi-sensory short about the intense terror of the school playground. Throwing out conventional film grammar to hit on a more primal level, Smith’s impressionistic knockout follows an introverted girl who longs to join her primary school’s toughest gang, the Hubba Bubbas, a crew of bubble-gum-chewing mean girls decked in pink denim and lipstick. The abrasive synth score and jagged editing contrast with moments of surreal poetry, including a nightmarish tableau in which the bear pit of school becomes a literal (teddy) bear pit.

The trailer for Simone Smith’s Slap

There’s plenty of experimentation too in Ross Hogg’s new film. Bypassing the camera completely and working directly on to 16mm celluloid, 4:3 begins as a scratchy, rather sad little film, which gradually builds to become a widescreen epic featuring a dozen animations (the 4:3 of the title) playing simultaneously in conversation. Painting and scratching shapes and squiggles on to the celluloid, Hogg creates the illusion of these abstract forms dancing from one film to the next, their increasingly rapid movement matching the sound design by Robbie Gunn, which Hogg recreated by manipulating the cells’ optical waveforms. The 12 films’ melodic interactions belie the labour required to bring this sparkling work to life.

The trailer for Ross Hogg’s 4:3

If 4:3 was all about harmony of image, Hogg’s second film in competition, Just Agree Then, celebrated discord. Commissioned during a residency in the Austrian Alps, Hogg is once again working with deadpan documentary filmmaker Duncan Cowles (the pair won a Scottish BAFTA for their moving doc-animation hybrid Isabelle), with the pair tasked with collaborating on a film that “presents their vision of the world today”.

Cowles wants them to make a swooning celebration of the majestic Alpine landscape. Practically elbowing Hogg out of the way, the documentarian proudly comments on the footage he’s captured, slapping music from opera Lakmé over slow-motion shots of babbling brooks and a yawning cat. The pair argue and splinter off to do separate projects, which we then see side-by-side, with Cowles starting to doubt the quality of his banal sub-screensaver shots when presented alongside Hogg’s vivid animation. Even before a Union Jack makes a cameo and Cowles muses aloud, “I wonder if they’ll be taking that down next year?”, it’s pretty clear the film’s about Brexit.

The trailer for Ross Hogg’s Just Agree Then

Other animators were on form this year too. Particularly charming was Short Changed, the graduation film from Edinburgh College of Art’s Zoe Hutber. Set in an allegorical world populated by creatures whose bodies are made out of coins, it centres on a couple who want to have a baby. In this universe – as in ours – giving birth is an expensive business, and the couple needs to decide how much of themselves (literally their torsos) they’ll sacrifice to conceive. Hutber’s mixture of capitalist satire and dogged humanity was nourishment for the soul.

Despite these troubled times, humanity abounded in the competition in general, with the famed Scottish miserabilism in short supply over the weekend. Bill Douglas may be GSFF’s figurehead, but the gentle absurdism of Bill Forsyth seems a better reference point for this year’s pack. You can see a bit of it in Shed, the debut film from Harvey Gardner, which sees two estranged brothers bond while painting their gran’s shed. The goofiness of the lead performances is paired with Gardner’s precise use of colour and attentive framing, which often places us in the middle of the brothers’ bickering so that each of them is addressing the camera directly (Ozu-style). It made for a wry, smile-inducing watch.

The trailer for Harvey Gardner’s Shed

Even work with the grimmest subject matter was flecked with hope. James Price’s Concrete & Flowers, an angry howl of a short, follows Carlin, a volatile young man (locals might describe him as a ned) on a rampage across Glasgow. Swigging from a stolen whisky bottle, he’s quick to lash out at anyone in his path, but it becomes clear the anger is masking a well of pain. The film is a little rough around the edges, but it contained the shot of the festival in an extraordinary scene of Carlin playing an imaginary game of football on an ash pitch while a residential tower block is unceremoniously torn down in the background. As a metaphor, it was blunt but effective.

Mental health and fragile masculinity were also at the heart of We Are All Here, Hannah Currie’s moving documentary about young Glasgow rapper Lumo (aka Calum Barnes) who took his own life last year, aged just 21. Speaking to Lomo’s family and his hip-hop crew, Currie attempts to uncover the cultural barriers that prevented this young man reaching out to the people closest to him in his moments of darkness. Utilising clips from Lomo’s performances with honest interviews confronting the stigma of mental health head-on, it’s a powerful film that clearly struck a chord, winning GSFF’s audience award.

In years gone by, these shorts would have little opportunity to find an audience beyond the festival circuit, but post-screening Q&As will be playing on the recently launched BBC Scotland channel. It’s a heartening development that should, in the long run, surely help GSFF in its tender fostering of a new Scottish cinema.