Auteurists under cover: when acclaimed filmmakers take on TV assignments

Long before Twin Peaks, signature directors from John Ford to David Cronenberg, Samuel Fuller to Jerry Lewis, have dabbled with small-screen jobs for hire. The results can be fascinating.

This is, we are told, the age of the TV auteur, an era in which artists such as David Lynch, Jane Campion and Neil Jordan have shaped small-screen serials according to their own authorial obsessions. Yet the relationship between auteurs and television goes back several decades, and is far more convoluted than may at first appear.

Even the North American director-driven series, of which Twin Peaks is seen as progenitor, has its antecedents, notably Alfred Hitchcock Presents and Robert Altman’s Tanner ’88. Pilots and anthology shows often provided relatively prestigious employment for directors between theatrical assignments, but a surprising number of programmes with recurring casts and characters also include interventions from well-known filmmakers.

John Ford’s episode of Wagon Train, The Colter Craven Story (1960), is a significant example. This series must have felt like familiar territory for Ford (it starred a member of his informal repertory company, Ward Bond, and was inspired by his 1950 film Wagon Master), that combination of relaxed intimacy and mythic awareness which characterises the director’s late work being fully in evidence here.

The Civil War flashback in particular is a compendium of Fordian themes and motifs, from the woman sadly watching soldiers depart to the use of When Johnny Comes Marching Home Again and The Battle Cry of Freedom on the soundtrack. There’s even a cameo from John Wayne (credited as ‘Michael Morris’), playing the same real-life individual, General Sherman, he would incarnate again two years later in Ford’s section of How the West Was Won (1962). 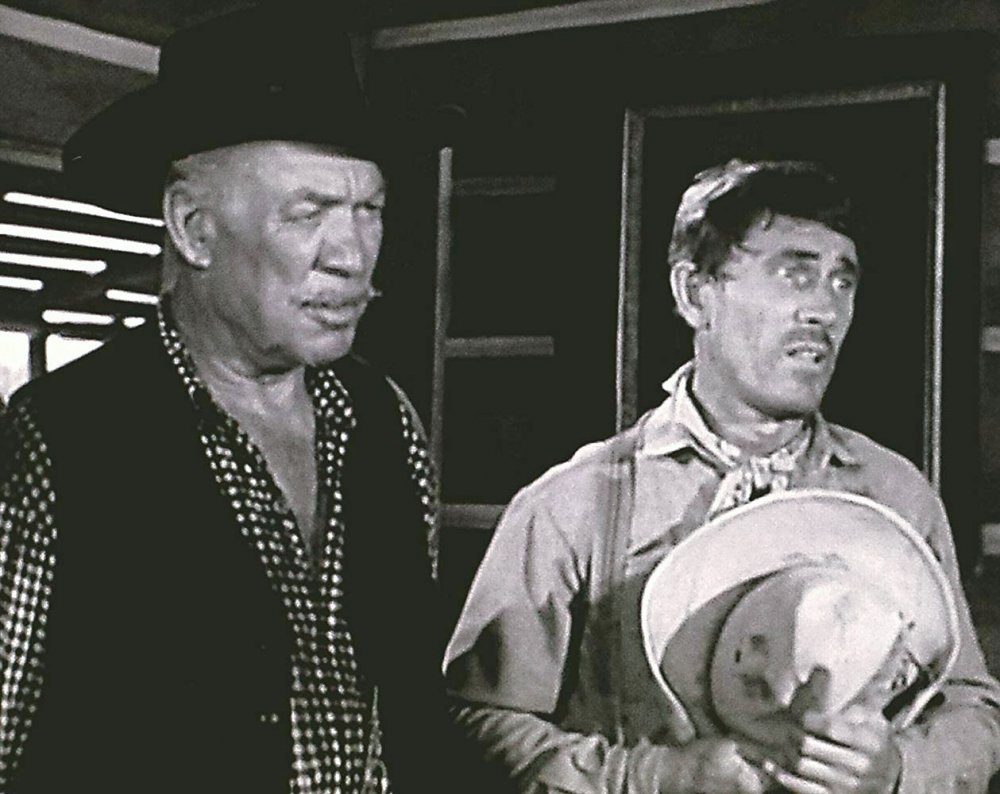 The Colter Craven Story is clearly the work of a director in harmony with his material, and is thus aligned with a relatively uncomplicated strand of auteurist television that includes a 1997 episode of Homicide: Life on the Street structured as a mock-documentary, and thus perfectly suited to the talents of distinguished documentarian Barbara Kopple, a 2005 CSI: Crime Scene Investigation two-parter by Quentin Tarantino, and several Halloween-themed segments of CSI:NY and Hawaii Five-O which frictionlessly complement the skills of Joe Dante.

But what proves most intriguing about one-off auteur segments is how frequently their creators function in a state of antagonism. It Tolls for Thee (1962), a remarkable episode of The Virginian (fragments of which were later included in a patchwork feature entitled The Meanest Men in the West) written and directed by Samuel Fuller, focuses on Judge Garth (Lee J. Cobb), a Virginian regular whose patriarchal position guarantees he be portrayed as an exemplar of principled authority; upon receiving a watch sent by Joseph Pulitzer, Garth is informed that “You’re a symbol to him. A phase of Americana he loves.”

Yet the subsequent narrative, in typical Fuller fashion, undermines those moral certainties typifying US television of this period. Garth is kidnapped by Martin Kalig (Lee Marvin, who would later star in Fuller’s The Big Red One), an outlaw whose diatribes expose formerly repressed aspects of the judge’s background: “You built an empire on violence… you have that halo because you can afford to.” Fuller is particularly scathing about Garth’s hypocrisy, the judge’s commitment to pacifism being exposed as a sham when he attacks Kalig after the latter smashes Pulitzer’s watch.

Fuller tends to sympathise less with his ‘heroes’ than with individuals existing on the margins – Thelma Ritter’s weary informant in Pickup on South Street (1953), Lee Van Cleef’s Communist guerrilla leader in China Gate (1957) – and is unashamedly attracted to the charismatically articulate Kalig. Fuller certainly demonstrates little interest in The Virginian’s nominal protagonist (James Drury), whom he persistently marginalises, a tactic repeated in his episode of the West German series Tatort, released theatrically as Dead Pigeon on Beethoven Street (1972). 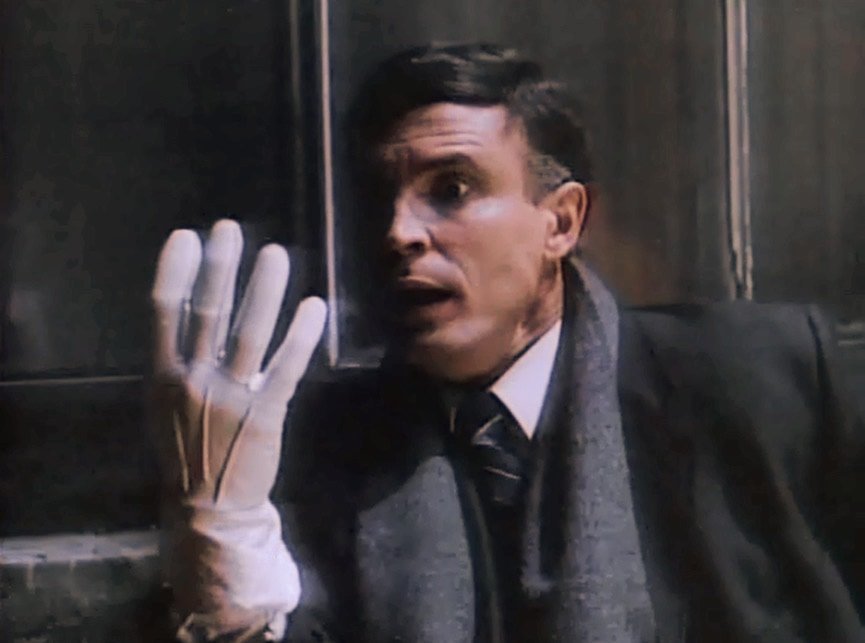 This downplaying of a lead character typifies auteur-helmed TV segments. David Cronenberg’s The Faith Healer (1987), an episode of Friday the 13th: The Series, treats the leads – Chris Wiggins, Robey and John D. LeMay – perfunctorily, focusing instead on a con man who finds a magic glove bestowing the power to heal, and a dying sceptic played by Robert Silverman (already a familiar face from Rabid, The Brood and Scanners, later in Naked Lunch and eXistenZ). The intensity of the conflict between these characters – a conflict involving ‘fake’ faith healing and ‘genuine’ magic – suggests a ‘genuine’ Cronenberg film has been concealed within this ‘fake’ horror programme, the three dislodged stars bemusedly looking on as something totally unprecedented occurs before their very eyes.

Certain directors go even further in this direction, not just sidelining principal characters, but actually displaying a marked animosity towards them. Abel Ferrara’s episodes of Miami Vice, The Home Invaders and The Dutch Oven (both 1985) have Vice regulars conversing with individuals they are looking away from, a telling touch in the work of a filmmaker who usually emphasises the painful intimacy with which his performers relate to each other.

Then there’s Johnny Staccato, a series conceived as a vehicle for John Cassavetes, who accepted this acting job purely to cover financial debts resulting from his directorial debut, Shadows (1958), and quickly came to resent the obligation. In the five episodes personally directed by Cassavetes, his resentment alights on the character he is playing. Indeed, in the final Cassavetes-helmed segment, Solomon (1960), Staccato becomes almost totally contemptible, patently reversing the assumptions of the screenplay. 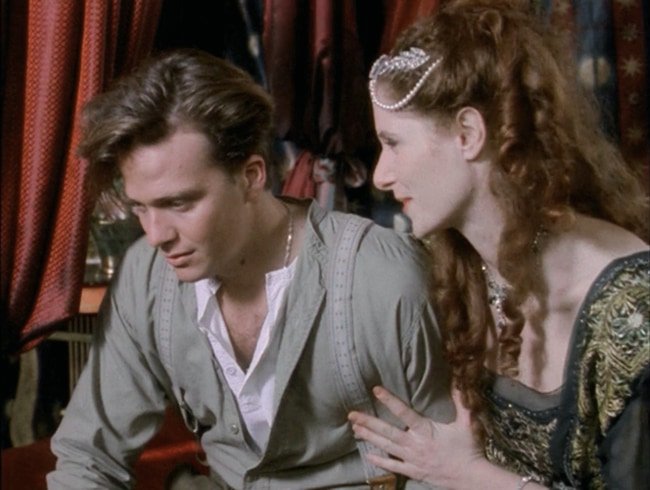 Something similar is going on in Paris, October 1916 (1993), the late Nicolas Roeg’s contribution to The Young Indiana Jones Chronicles. The screenplay (by Carrie Fisher) tells us that Indiana Jones (Sean Patrick Flanery) is uncomplicatedly wonderful, whereas the mise-en-scène demonstrates him to be, at the very least, highly problematic. Jones’s ‘innocence’ here becomes a decidedly ambiguous affair, evoking the calculated innocence of Alex (Art Garfunkel) in Roeg’s Bad Timing (1980), a film this TV segment comes close to being a remake of: both the party during which Jones first encounters Mata Hari (Domiziana Giordano) and the scene showing him chastising her for staying out all night specifically recall the earlier work.

Mata Hari’s proto-feminist dialogue (“It seems men always take advantage of women”) is discredited by the overall structure, which positions her as a scheming seductress, but affirmed (through the back door, as it were) by imagery emphasising Jones’s calculating nature; the zoom in as he caresses Mata Hari’s hand, the low angles and menacing close-ups as he watches her dance. The director (whose oeuvre includes a surprising amount of marginalia) appears to have been given carte blanche stylistically, resulting in some strikingly Roegian intercutting between past and present. All of which makes Paris, October 1916 feel particularly anomalous in the context of what tended to be a visually restrained series.

Perhaps even more notable is A Little Fun to Match the Sorrow (1965), an episode of the hospital drama Ben Casey directed by and guest-starring Jerry Lewis. Lewis plays Dr Dennis Green, a neurosurgeon whose reputation is endangered by his insistence on making jokes. This is eventually revealed to be a form of neuroticism, something Green must overcome before he can fulfil his potential as a healer. Green thus stands in marked contrast to the eponymous Casey (Vince Edwards), a figure of unquestionable integrity whose gruff demeanour evinces an admirable refusal to compromise. 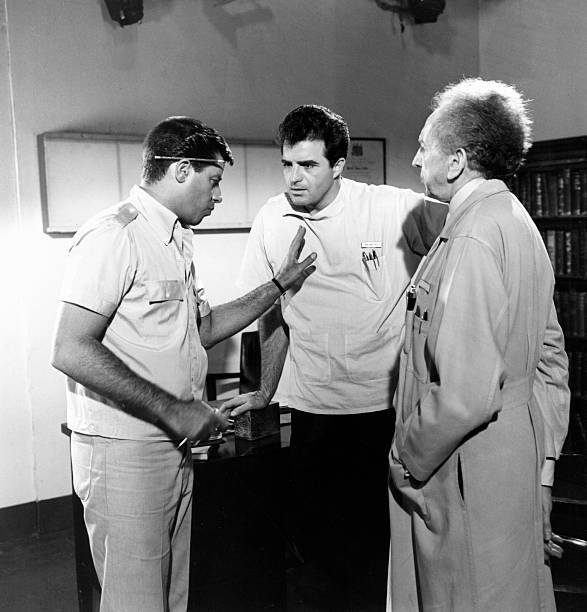 That, at least, is what the screenplay by Chester Krumholz (a frequent Ben Casey contributor) proposes. But Lewis’ mise-en-scène advocates a very different stance. Casey resembles those unsympathetic embodiments of aggressive masculinity to whom Lewis’ characters are routinely opposed, and the manner in which this guest auteur keeps problematising the ostensible hero – positioning him uncomfortably close to the camera, framing him through the slats of a blind – ends up constructing an oppositional reading of the material directly reversing the overt one, since what comes across as truly neurotic is less Green’s clowning than Casey’s macho posturing.

The dispute between Green and Casey relates to a much larger dispute between drama (the category this series belongs to) and comedy (the mode associated with Lewis). That hospital set viewers of Ben Casey will be familiar with here becomes the embodiment of those cinematic codes Lewis inveterately opposes, a dramatic space innately hostile to his comic skills. The incompatibility of these approaches renders the closing shot – which has the camera slowly retreating as Green repeats one of Casey’s speeches – not merely ambiguous, but virtually unreadable, since it is impossible to say whether Green is being satirical, serious, or a little of both.

Yet did audiences tuning into Ben Casey every week notice anything unusual? Consciously, perhaps not. Subconsciously, who can say? Auteurists often saw favoured directors as using coded forms of communication designed to address a coterie, and if A Little Fun to Match the Sorrow looks one way to those viewing it as part of an ongoing series, it plays quite differently for anyone who has access to the concept of Jerry Lewis as author, just as the other interventions in episodic television discussed here acquire new meanings when encountered during retrospectives devoted to Samuel Fuller, David Cronenberg or Nicolas Roeg.

Detaching cultural objects from their original contexts is part of the auteurist project (something obscured by the current tendency to turn auteurs into brands), and the perspective achieved this way is in no sense a fiction, being every bit as legitimate as that demanded by more obvious circumstances of production and distribution. The auteur, at least as initially formulated, was a maverick at war with a system to which she nevertheless belonged, and these small gems of televisual auteurism help clarify issues commonly raised in debates on cinematic authorship.

Related to Auteurists under cover: when acclaimed filmmakers take on TV assignments