Meet the Fullers: Sam by Samantha and Christa

A Fuller Life is a movie memoir of Sam Fuller made by his daughter Samantha. She and her mother Christa recall their lives with the maestro of tabloid cinema. 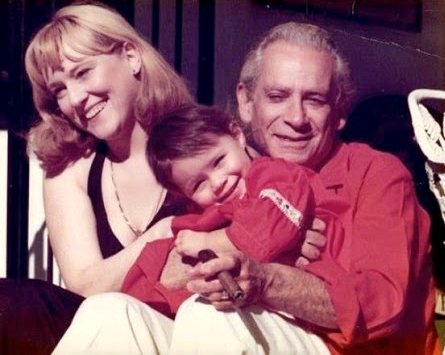 These pungent, pithy anecdotes from a dazzling career are illustrated by a mix of archive footage, clips from such titles as The Steel Helmet, Park Row, Pickup on South Street, House of Bamboo, Run of the Arrow, Forty Guns, Underworld U.S.A., Shock Corridor, The Naked Kiss, The Big Red One and White Dog, plus some new footage Samantha found among her father’s things preserved in The Shack, his writing preserve. I spoke to Samantha and her mother Christa Lang-Fuller about the film and Fuller’s legacy.

How did you go about deciding which people would be included in the film and which extracts would be read from the book?

Samantha Fuller: I began selecting consecutive passages from my father’s autobiography, compiling milestone events in order to form a condensed version of his accomplishments. It demanded quite an effort distilling his entire life since it was filled with loads of entertaining stories. 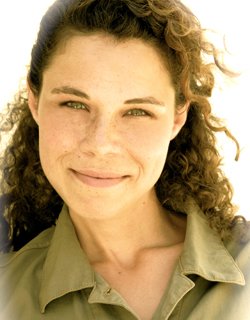 I managed to contain its essence by resisting my urge to make a lengthy film. My goal was to make a fast-pace, hard-hitting film in his spirit, leaving the spectators satisfied but still longing for more. My only consolation was knowing that the audience could always catch up with the excluded anecdotes by reading A Third Face. The final edit totalled 12 chapters, which serendipitously is the lucky number that I associate with my father, who was born on 12 August 1912.

His life can be partitioned into three interconnecting sections: the first section describes his youth in New York during the roaring 1920s and the Great Depression of the 30s, originating his passion for crime reporting and spinning yarns.

The second section leads us through his experience on the front lines of the US Infantry during WWII. He defines his enlistment as a way to cover “the biggest crime of the century”. And the third part focuses on his vocation in the film industry and how he maintained an optimistic outlook despite the frequent obstacles he had to face.

When it came to compiling the cast for the film, I chose readers who had the same positive outlook and sense of irony as my father.

The film features unseen footage from your father’s personal archive, a lot of which he shot whilst serving in WWII. Was there a conscious effort to include more of this footage rather than just use clips from his movies to support the narrative of the book?

SF: Several documentaries had already been made about my father. For instance, The Typewriter, the Rifle & the Movie Camera by Adam Simon and The Men Who Made The Movies by Richard Schickel. They feature clips from his movies but none from his personal archive. Vision of the Impossible (aka Falkenau), made by Emil Weiss in 1988, incorporates original footage that my father shot at the Falkenau Death Camp.

There was an additional amount of 16mm reels that I found in my father’s office long after his death. I wound through every reel meticulously, especially the unseen footage that he shot with his Bell and Howell crank camera during WWII. I immediately had it digitised so it could be included in this biographical documentary. It amounted to about 140 minutes of film.

I was faced with making a selection of which images were going to accompany the narrative. Over the years, I heard him telling his war stories, talking about his fellow dogfaces and what they had lived through together. I never doubted the reality of any of it, but to see those images definitely strengthened its authenticity. 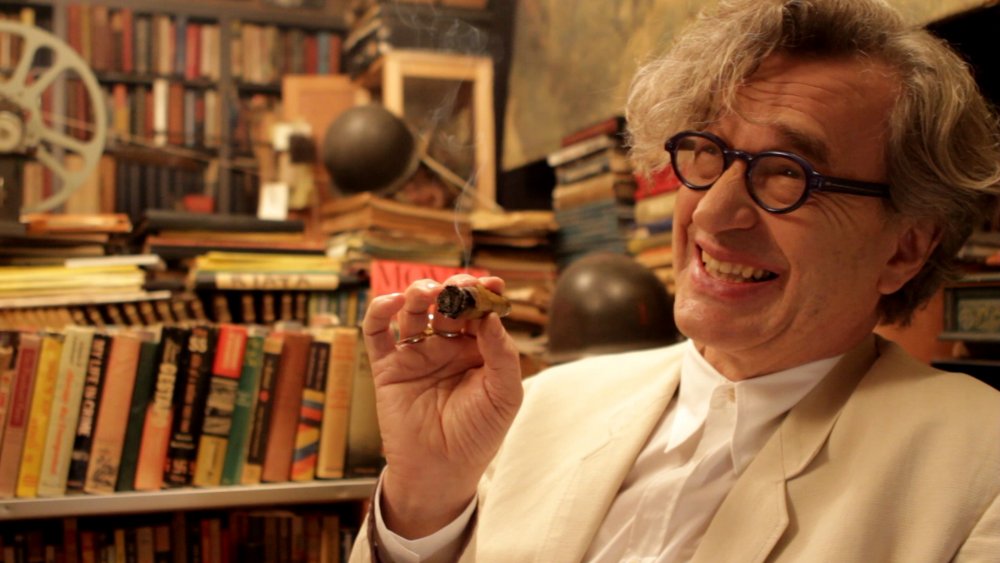 With the exception of Bill Duke’s Fuller-like reading and Wim Wenders and Bobby Carradine’s cigar-chomping homages, the other readers all appeared to read their extracts as themselves. Was this something you encouraged them to do or did you have any specific guidelines for them to follow when reading?

SF: I gave the readers the freedom to channel my father’s words in their [own] way. Bill Duke was our first guest, and he dove right into my father’s spirit. I adored his lively performance and could feel my father smiling all the way through. I’m also sure that my father would have gotten a kick out of Wim Wenders and Bobby Carradine enjoying a good stogie in the shack.

I trusted everyone to deliver a fitting tone and spin his words with their personal touch. My direction consisted mostly of providing a welcoming, comfortable atmosphere and making sure our guests had a good time. After all, I made this film as a celebration, so it was important to make this as enjoyable as possible.

Christa, you were an actress involved with the French New Wave at the time when you first met Sam. Can you talk more about that fateful meeting?

Christa Fuller: I met Sam in September 1965 in Paris thanks to Miss South America, Maria-Rosa Rodriguez, from Ecuador. She’d met Sam at the Cinémathèque during a screening of Shock Corridor where Pierre Rissient was PR, but Sam did not date actors and, believe it or not, what caught his attention was my knowledge of American literature – specifically Ring Lardner, whose short stories I’d discovered. He told me that my English was good enough to read it in its original language and that he was going to order the book for me at Brentano’s in Paris. 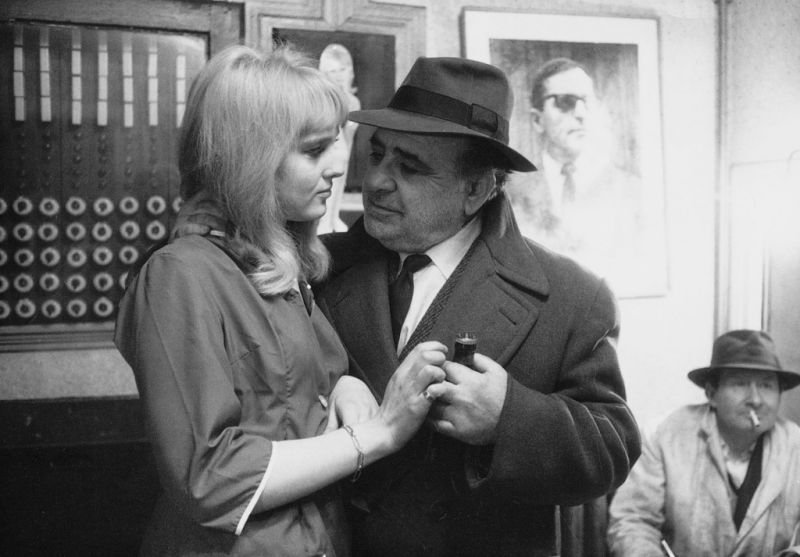 Of course, I thought that a Hollywood director couldn’t care less about a little actor like me, but he surprised me and ten days later he rang me. We met and I took him to the Cloche d’Or, a restaurant that was founded by Jeanne Moreau’s father. Sam discovered eating escargots thanks to me and I got to read Lardner’s The Champion in English. My Fuller fate was sealed right there and then.

You wrote A Third Face with Sam. Can you say something about that period when you were writing the book together?

CF: Sam had suffered a stroke in Paris and Victoria Wilson from Random House/Knopf rang and inquired about Sam’s experience with Barbara Stanwyck and Forty Guns. She expressed interest in publishing Sam’s memoirs. Sam’s mind was still lucid, but he had trouble pronouncing the words correctly. He called the telephone Blue bell blue and I teased him about his talents for new words and called him James Joyce.

I told Victoria that Cahiers du Cinéma had conducted a book of interviews with Sam, but she insisted on a real auto-bio. I wrote a few pages with Sam hearing every word and nodding yes or no.

I had almost 2,000 pages compiled when Sam passed away on 30 October 1997 and thank God Jerome Henry Rudes and other people offered to help me edit the autobiography. I chose Jerry because he’d known Sam since we’d moved to Paris, and Jerry had been running the Avignon film festival for decades. Sam even stayed with him for a month to write his novel Brainquake in Villeneuve-lès-Avignon.

Jerry and I went through archives and had to find a lot of other stills. It was a lot of work to get the book out and it got fabulous reviews and even some awards. It was translated into French and is going to be translated into Japanese this year.

What are your own happiest memories of Sam?

CF: Sam and I had a wonderful but financially stressful life. He was a very ethical man and got very annoyed with the many crooks in the cinema landscape who are more interested in money and sex than in making good movies.

SF: I was born when my father was 63 years old. He often told me how he never thought he’d have any children and that I was the best thing to happen in his life. He was always brimming with energy and looked at me with a twinkle in his eyes. He told me countless fascinating bedtime and daytime stories. He walked me to school and picked me up as often as possible. We travelled to many places and made the best of our time together. He left me with plenty of fond memories, which I’m glad to be able to reflect upon.

The Shack appears to be an Aladdin’s Cave of film treasures related to Sam’s life. What has made you keep it exactly as he left it? And are you still making discoveries in it?

CF: We built the shack around the time I was pregnant with Samantha, because I taught French at UCLA and Sam needed peace and quiet and to be among all of his books and memorabilia. Banging for the buck behind his royal typewriter and listening to Beethoven while smoking a Havana was his elixir. He needed his space.

We chose to preserve the shack after my father’s death despite the request from various institutions to obtain his archives. It has become a sort of shrine where his soul lingers. It’s a place that allows us to spend time with him and explore the material he assembled during his existence. I’m always coming across new things in there, and I enjoy investigating every nook, so there’s always something new to look forward to. I have a lifetime of exploring ahead of me.

Sam had a unique, almost unprecedented ability to tell a story. What are your own favourite stories that either he told, or your own stories about Sam?

CF: Sam channelled the other Samuel – Samuel Clemens, aka Mark Twain. I have so many Fuller stories that I could write a book.

Being a cartoonist, my father couldn’t have been more excited than when I started drawing comic strips as a little girl. He taught me to draw goggly eyes and gave me advice on creating characters. We even started a series together about a young Eskimo boy and his husky dog. We shared that mutual ground of creativity, which reinforced our bond. Those were some of the best times we had together. 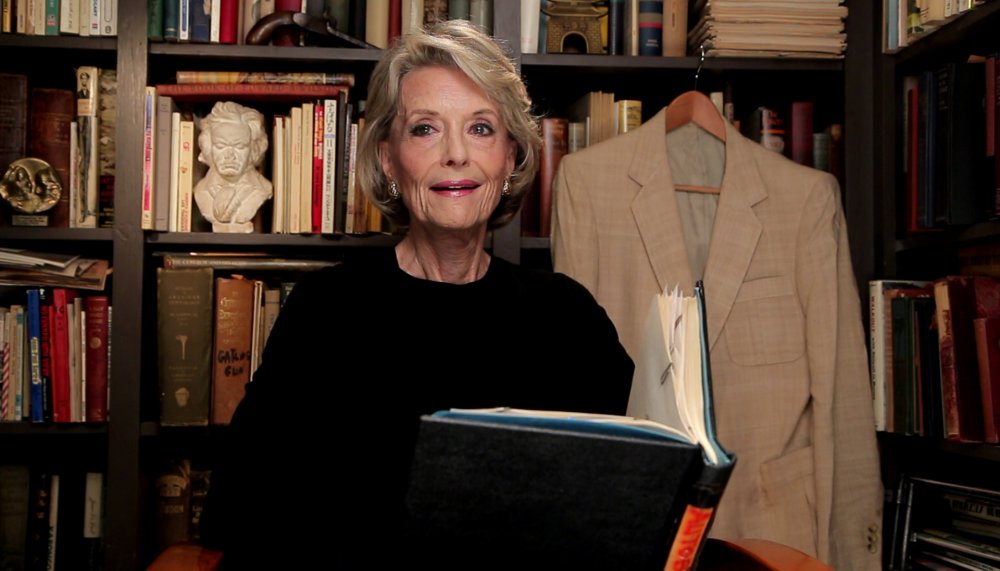 Samantha, A Fuller Life is your first film and made to honour your father’s 100th birthday in 2012. Are you currently working on any other projects related to Sam’s work, or can you see that happening in the future?

SF: I’m in the midst of conceiving another documentary consisting of the remaining footage shot by my father during WWII. It’s in the same nature as A Fuller Life in the sense that this footage will be paired up with his war correspondence and illustrations that he sent to his family while on the front lines. I’m still sifting trough the letters, working on the flow of the story. Once that’s done I’ll select a reader for them.

In the meantime I’m completing another film about a 95-year-old Nisei artist by the name of Harumi Taniguchi. I’ve been filming her periodically over the past two years. Harumi is an active poet, painter and ballerina with a sharp mind and a tender heart. She claims that her artistic outlet is her fountain of youth and she must be right because her vitality and appearance is like no other 95-year-old I’ve ever met.

It’s an inspiring film about the energy source stemming from creativity. She sets an example on how to maintain a positive attitude despite the hardships of life. She survived the Japanese labour camps and went on to spend decades working in forensic laboratories. It’s a very different story and life than the one my father led, but it has a similar galvanising effect.

Related to Meet the Fullers: Sam by Samantha and Christa