Mirrors to the abyss: the radical doubling of Jane Campion’s Top of the Lake 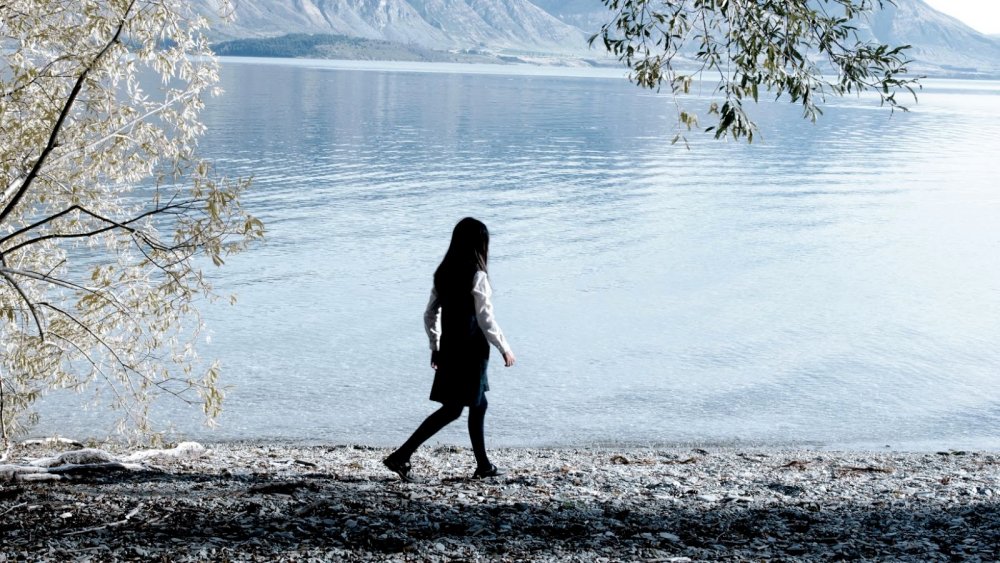 Among the most resonant structural options available to storytellers is ‘mirroring’, a process by which scenes, locations, activities, characters, images or passages of dialogue duplicate each other, suggesting that seemingly discrete elements have more in common than might initially be evident.

Top of the Lake is currently available on DVD, Blu-ray, and various streaming platforms.

The literary roots of this practise run deep. Doppelgängers are repeatedly encountered in the tales of Edgar Allan Poe, while the insistence of Joseph Conrad’s protagonists on maintaining coherent public images is precisely what causes these images to fracture, generating apertures through which ‘secret sharers’ can materialise. Even a supposedly lighter novelist such as Charles Dickens often utilises the figure of the double: in Great Expectations, dark urges that Pip is unable to acknowledge are projected onto Orlick, who articulates Pip’s concealed resentments and carries out those actions Pip could never admit to desiring.

In cinema, an emphasis on doubling is often what distinguishes unambitious programmers from works which use generic materials to critique the culture that produced them: on the one hand, those westerns and thrillers wherein the distinction between hero and villain is absolute; on the other, those portraying protagonist and antagonist as two sides of the same moral/ideological coin. The horror and noir genres, dedicated as they are to uncovering the sources of repression, seem particularly amenable to such structures. A fine example can be found in Michael Powell’s Peeping Tom (1960), wherein the blade that voyeuristic psychopath Mark Lewis (Karlheinz Böhm) conceals in his camera’s tripod is visually rhymed with a knife-tipped cane owned by the blind Mrs Stephens (Maxine Audley), insinuating any number of connections between these theoretically opposed individuals. 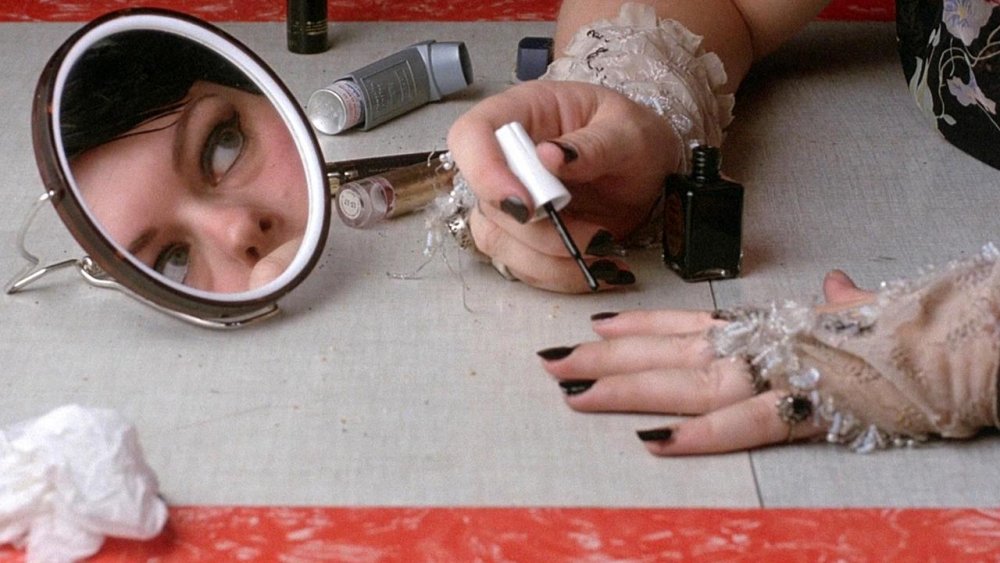 Jane Campion is especially notable for her creative use of doubling, her debut feature Sweetie (1989) being organised around the mirrored relationship between two sisters, one strenuously attempting to conform with the rules of suburban domesticity, the other indulgently living in a world of fantasy, yet both providing variations on the same imaginative dilemma.

Campion’s doubled configurations frequently involve a choice of partners. In Bright Star (2009), Miss Brawne (Abbie Cornish) and Mr. Brown (Paul Schneider) – a pairing whose matched names might appear overly neat were they not drawn from biographical fact – represent the two alternatives (both ‘impossible’, though for different reasons) of heterosexuality and homosexuality for John Keats (Ben Whishaw); the ferocity of the struggle between Brawne and Brown renders Keats increasingly superfluous to the narrative, leading, with inexorable logic, to a climax in which he dies offscreen.

In The Portrait of a Lady (1996), Isabel Archer (Nicole Kidman)’s suitors all exist on a continuum between romantic love and the desire to possess, two apparent extremes which Campion’s visual rhymes expose as expressions of a single impulse. In the Cut (2003) pursues this theme into even more disturbing territory, the links between its male characters implying that, although only one is ultimately revealed to be the murderer, all are potential killers. 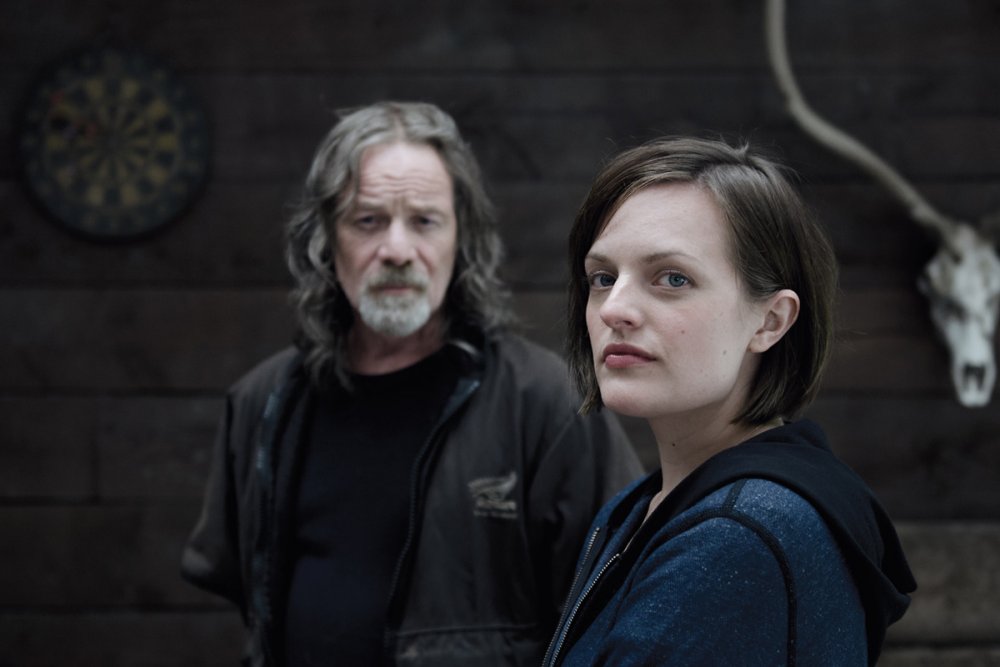 The first series of Top of the Lake (2013) contains Campion’s most thoroughgoing expression of these concerns. Virtually everything here is doubled, including bodies that function as texts. There are authorial antecedents for this motif – the tribal marks on Harvey Keitel’s face in The Piano (1993), the scene from Holy Smoke (1999) in which the words ‘be kind’ are written in reverse on Kate Winslet’s forehead, The Portrait of a Lady’s main title, written on a woman’s hand – but it is particularly prominent in Top of the Lake: Turangi (Calvin Tuteao) has tribal marks, several men are heavily tattooed, and Jamie (Luke Buchanan) mostly communicates by holding up his hands, on which the words ‘yes’ and ‘no’ are written. Bodily writing here tells us something about gender roles, but also forms part of an intricate web in which everything is linked with everything else; if tattoos connote unreconstructed masculinity, the writing on the homosexual Jamie’s hand problematises that concept in the very process of mirroring it.

At the centre of this web is Matt Mitcham (Peter Mullan), rumoured to have fathered much of the community of Laketop. Matt has several doppelgängers, including the Shakespearean fool Putty (Edward Campbell), the details connecting these two men (both of whom engage in conversations with their dead mothers) defining Putty’s total powerlessness (he is the local drunk) as the obverse of Matt’s masculine dominance. 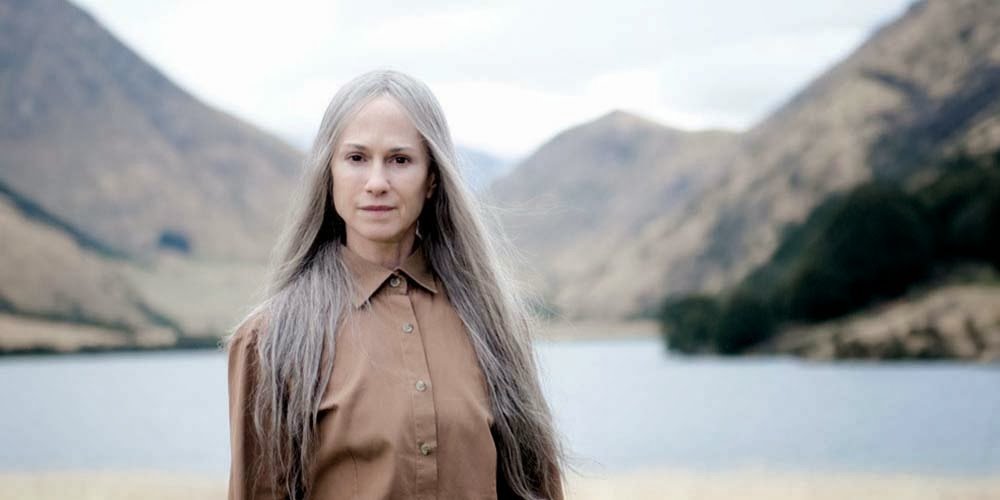 But it is the mysterious G.J. (Holly Hunter) who provides the most telling link with Matt. G.J. presides over a community of women occupying land Matt regards as his property, her position as leader of this group ironically reflecting Matt’s role as head of an illegal drug-manufacturing operation whose members are mostly female. G.J. and Matt both refer to women as ‘bitches’, and the bond between them – first hinted at when a dog belonging to Matt’s daughter Tui (Jacqueline Joe) sits in Matt’s lap shortly after sitting in G.J.’s – is underlined during the final episode, a scene showing G.J. berating the women in her camp for laziness (“Have you people paid your trailer rent? Fifty bucks a week. You’ve gotta work”) being immediately followed by a scene in which Matt complains about his employees in almost identical terms (“If they’re not working… then they pay rent. Unless you’re working, you don’t stay at Laketop”).

Tellingly, when police detective Robin Griffin (Elisabeth Moss) enquires at Matt’s house and G.J.’s camp for the missing Tui, she is given precisely the same information (“She’s not here”) by both community leaders. Robin’s backstory, with its history of violation and flight, parallels Tui’s, and in the course of the narrative she will avenge her own forced penetration by penetrating male bodies with a dart, a broken bottle and a bullet. 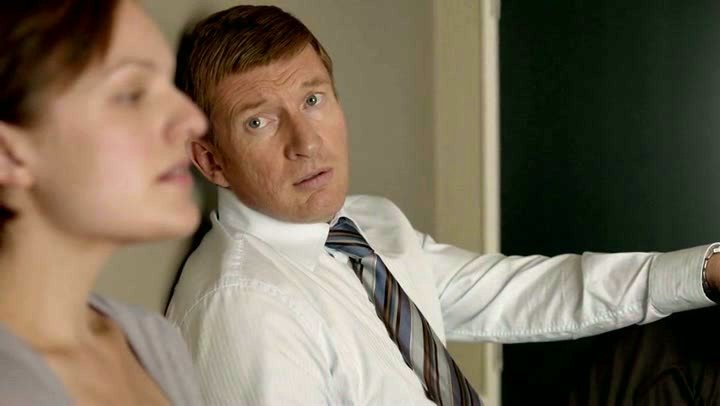 Since Robin’s parents cannot provide the guidance she craves – the man she believes to be her father is dead, her mother, Jude Griffin (Robyn Nevin), is dying of cancer – a space is opened up for G.J. and Matt to become surrogate parental figures. And if the revelation that Matt is Robin’s biological father cements this link, the parallels between G.J. and Robin’s actual mother are just as strong; the two women, with their long silver hair, strikingly resemble each other, while the only name we are given for G.J. is a mirrored reversal of Jude Griffin’s initials.

Also associated with Matt is police chief Al Parker (David Wenham), whose response when Robin points a gun at him in episode six (“Wanna shoot me, do ya? There. Put it there”) duplicates Matt’s when Tui points a gun at him in episode one (“You really want to shoot someone, you point right here. Or here. Or here”). The correspondences between these disparate characters undermine all notions of authority (which rely upon a separation between ruler and ruled), and it is hardly surprising that Al should eventually be exposed as the head of a paedophile ring. Campion’s refusal to depict a good father – losing sight of this ideal in a dizzying hall of mirrors where ‘good’ and ‘bad’ can only confront each other in a mise en abyme – suggests the radical nature of her feminism.

Related to Mirrors to the abyss: the radical doubling of Jane Campion’s Top of the Lake