Film of the week: Unsane is an ingenious iPhone horror

Claire Foy is the steel core of Steven Soderbergh’s unsettling shocker as a woman confined against her will in a sinister mental health ward. 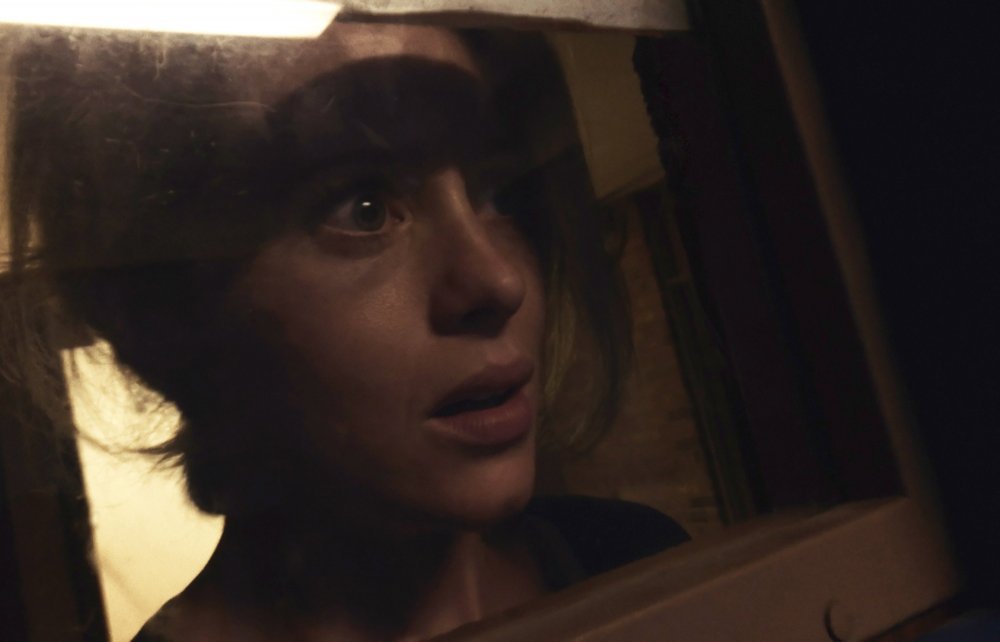 Following on from Logan Lucky (2017), his return to the big screen after his four-year ‘retirement’, Steven Soderbergh brings us his first horror movie. It takes a well-used cinematic situation, dating back at least to The Cabinet of Dr. Caligari (1919): a person (more often than not a young woman) confined against their will in a psychiatric institution, whose protests that they’re perfectly sane are condescendingly (or mockingly) dismissed by the staff, or taken as proof that they’re ‘in denial’. But Soderbergh works a number of original twists on it, not least in bringing the motivation cynically up to date.

In previous excursions into this territory, the reason for the unjustified immurement was sometimes political, as in Mark Robson’s Bedlam (1946 – the last of producer Val Lewton’s string of low-budget horror movies for RKO), in which do-gooding actress Anna Lee is getting too close to the truth about Boris Karloff’s hellhole of a loony bin. More often it was personal, as when a spouse, mistress or family member is becoming in some way an encumbrance: Olivia de Havilland in Anatole Litvak’s The Snake Pit (1948), Jean-Pierre Mocky in Georges Franju’s La Tête contre les murs (1959), or Isabelle Adjani in Bruno Nuytten’s Camille Claudel (1988). Or they know something they shouldn’t, like Elizabeth Taylor in Joseph Mankiewicz’s Suddenly, Last Summer (1960). 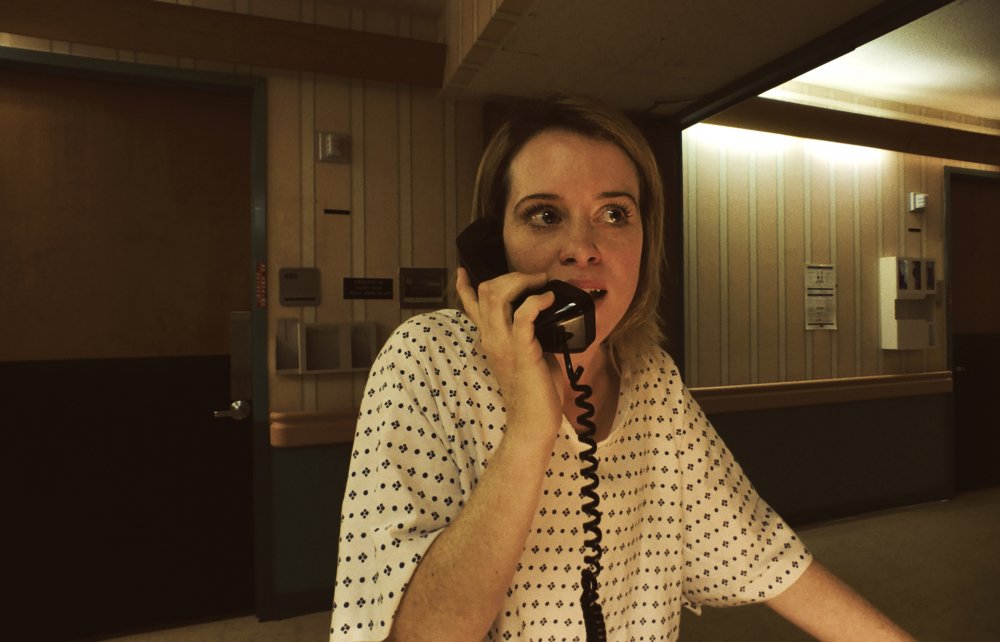 In the case of Sawyer Valentini (Claire Foy), a stalker victim who, after an interview with a seemingly sympathetic counsellor at the Highland Creek Behavioral Center, finds herself stripped of her clothes, deprived of her cell phone and confined in a locked ward, it turns out that the motive is purely profit-driven. The ostensible reason is that she told a counsellor that, worn down by the relentless attentions of her stalker David Strine (Joshua Leonard), she has entertained thoughts of suicide; on the strength of this she’s classified as being in danger of self-harming, and having unwisely signed a sheaf of forms without bothering to read them properly, is told that she has voluntarily committed herself.

But as fellow inmate Nate (Jay Pharoah) explains to her, Highland Creek, as part of a conglomerate called ADS Health Enterprises, has “a number to hit”: the more people it can lock up each month, the more cash it can claim from the patients’ insurance companies. Sawyer’s incarceration simply makes the bottom line look healthier.

All this, of course, is camouflaged under a smokescreen of smug high-mindedness. Highland Creek’s clinician Miss Brighterhouse assures Sawyer’s mother Angela (Amy Irving), whom Sawyer has managed to contact via Nate’s concealed cell phone, that ADS is “a very ethical organisation”, its sole concern the wellbeing of its patients. This after we’ve seen Sawyer confined to a mixed-sex ward in a bed next to the toilet, where her nearest bed-neighbour is the deranged Violet (a startlingly repellent performance from Juno Temple), who calls her ‘Alison’ and threatens to cut her with a jagged piece of metal. 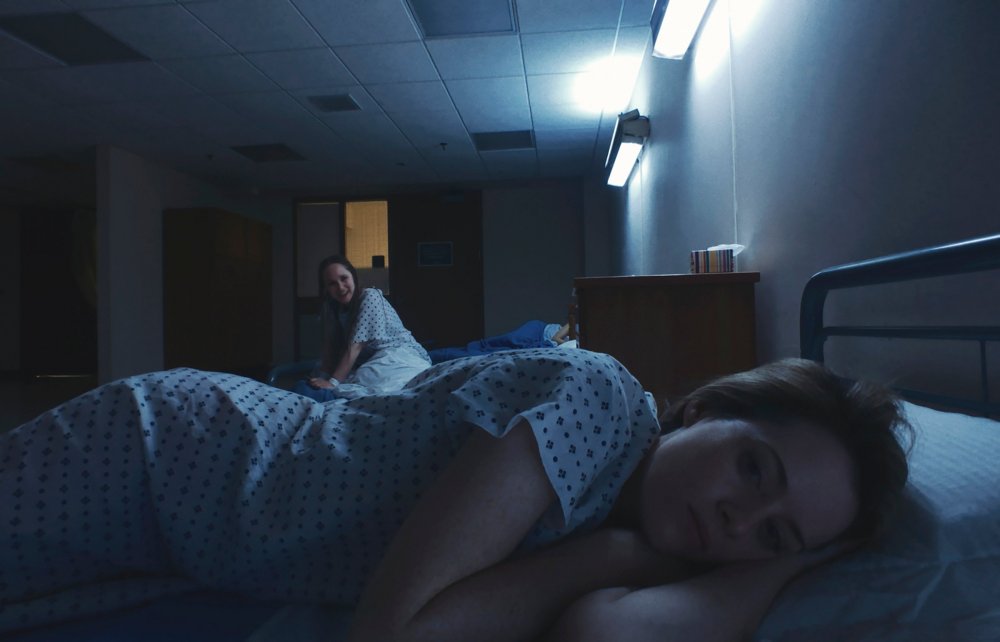 Soderbergh, though, avoids the trap of making Sawyer too much the pathetic victim. When we first meet her, working for a banking concern in a Pennsylvania city (having fled her native Boston to get away from David), she’s on the phone giving a customer distinctly frosty treatment. (“I hope he prefers vinegar to honey,” comments a colleague, when Sawyer gets off the phone. “She,” is Sawyer’s monosyllabic response.) Having met an online contact, Jesse, in a bar, she takes him back to her apartment and initiates a clinch – only to push him away abruptly with a scream and dash for the bathroom in a panic attack, leaving him to depart bemused.

Her behaviour at Highland Creek, at first contemptuous and then verbally and physically violent, gives the staff more excuses to strap her down and drug her into submission. Ideal casting, then, for Foy, who ever since her breakthrough in the title role of the BBC’s Little Dorrit (2008) has shown that she knows how to access an inner steeliness – never more so than as two queens: Anne Boleyn in Wolf Hall (2015) and Elizabeth II in The Crown (2016-).

This arm’s-length treatment of Sawyer’s character makes it easier for Soderbergh to keep us guessing, for the first half of the film, whether George Shaw, one of the nurses at Highland Creek, really is her Boston stalker, David, or whether this is a figment of her unhinged mind – all the more so since she herself starts to doubt it. Only once we’ve seen him invading Angela’s hotel room under false pretences, with evidently malign intent, is it clear that ‘George’ really is David. 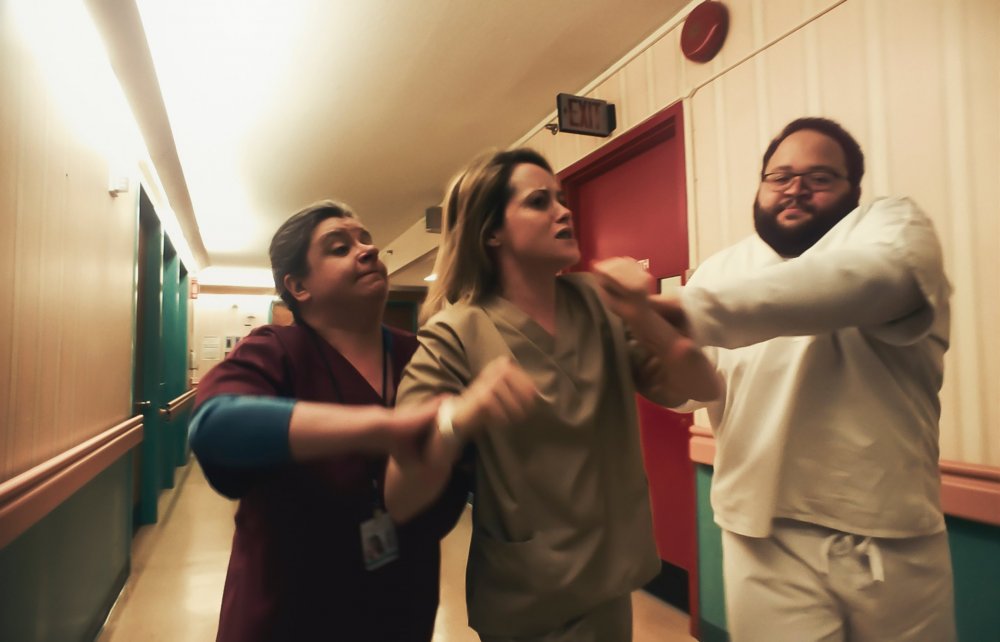 This, though, points up one of the major credibility plot holes in Jonathan Bernstein and James Greer’s script. When Sawyer is first committed to Highland Creek, ‘George’ is already on the staff – and, we gather from a conversation he has with one of his colleagues, has been there for some time. Since Sawyer has only just chosen the facility, having found it online, how would David know that’s where she’d end up? And later, after Angela is found murdered in the woods (we gather that David killed her, though we don’t see it happen), we hear the police saying they’ve found George Shaw’s fingerprints on her body. As he doesn’t exist, there’s no way ‘George’ would have a police record, so where would the cops have got his prints?

Still, this is essentially a horror movie, where the occasional plot hole is traditionally permissible. And it’s redeemed by some effectively sardonic passages (neat use of a crucifix) and well-gauged performances. As David/George, Leonard offers an unsettling mix of the avuncular, the pitiable and the downright creepy; having succeeded in getting Sawyer confined to solitary, he woos her with maudlin talk of “a little cabin in the woods in New Hampshire”, and a nearby diner they could run together, not long after we’ve seen him brutally killing Nate.

Even so, he’s not the creepiest character in the movie; that honour is taken (in a flashback to Sawyer’s Boston days) by the security expert she calls in to advise her on how best to evade her stalker. Having explained the multiple precautions she should take – quit Facebook, always park under a streetlamp, vary her times of arriving at and leaving work and so on – he brightly presents her with some essential reading: a fat paperback entitled The Gift of Fear. 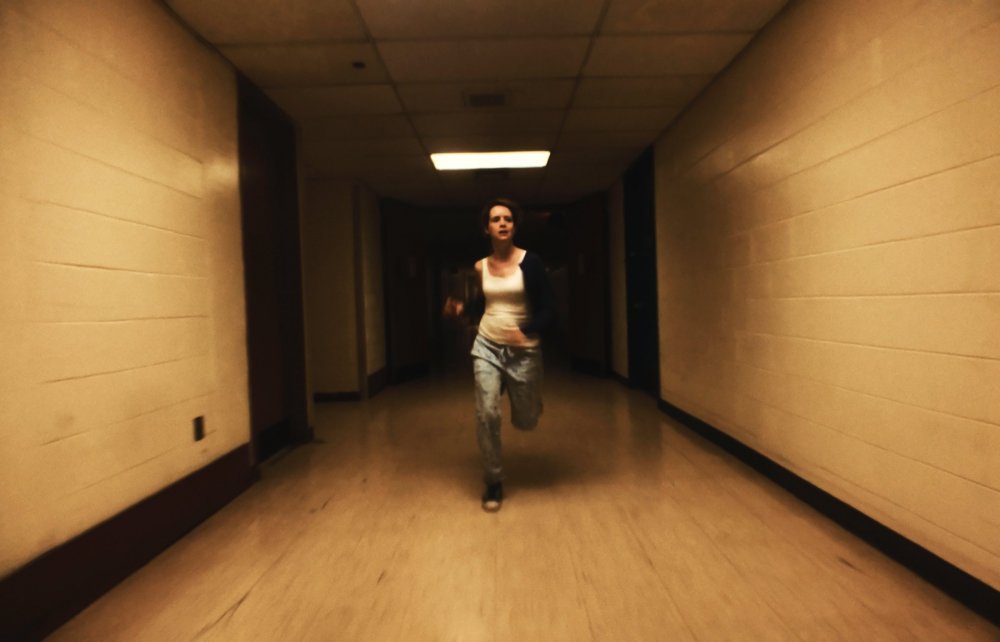 Insouciantly experimental as ever, Soderbergh not only shot Unsane in secret – the release of the trailer was the first most people knew of it – but did so using iPhones. He’s been quoted as commenting, “Anybody going to see this movie who has no idea of the backstory to the production will have no idea this was shot on the phone. That’s not part of the conceit… People forget this is a 4K capture. I’ve seen it 40ft tall. It looks like velvet. This is a game changer to me.”

There’s an oppressive darkness to the overall palette that may derive from the technology, but perfectly fits the subject matter – especially in the hallucinatory subjective multiple exposure sequence when David slips Sawyer a dangerous overdose. Taken in conjunction with Thomas Newman’s unnervingly discordant score, Unsane ingeniously maps out fresh territory in a well-trodden field.

Related to Film of the week: Unsane is an ingenious iPhone horror