Steven Soderbergh emerges from his self-imposed retirement with an iPhone-shot psychological horror for the post-Weinstein age, starring Claire Foy as a woman driven to the brink by a stalker. 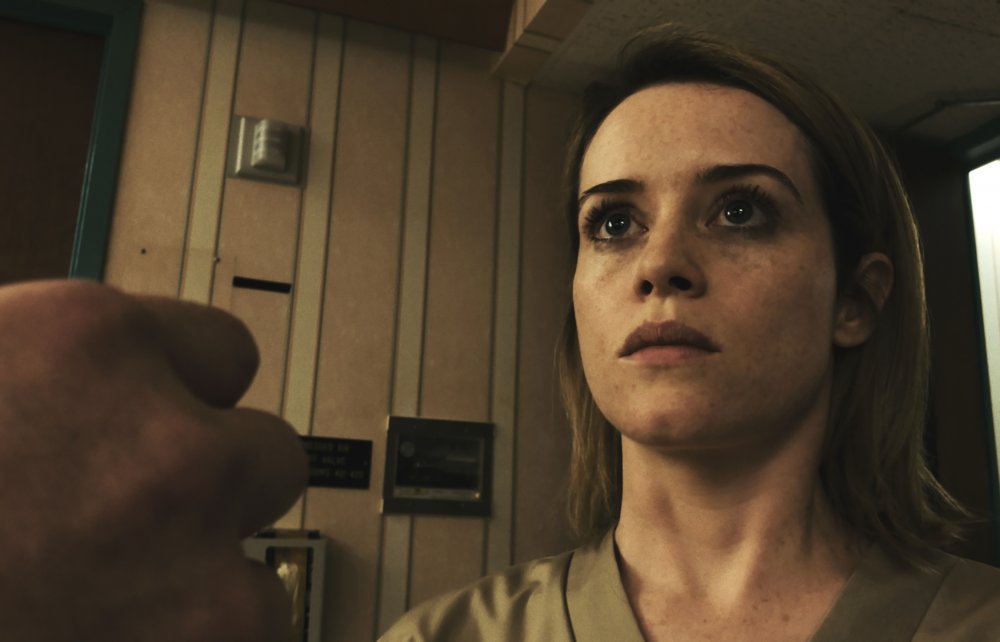 This typically tight and driven tale of possible derangement from Steven Soderbergh and the co-writing team of Jonathan Bernstein and James Greer (The Spy Next Door, Just My Luck) is the first drama I’ve seen that signals it knows about the Weinstein scandal. As we’re getting acquainted with American finance worker Sawyer Valentini (an explosive Claire Foy), we see her straighten out someone on the phone who doesn’t like what the “brilliant” report she has just written has to say about their competence. Sawyer’s male boss then tries to use the report as a pretext to invite her to a weekend conference – the look on her face as she leaves his office is priceless.

The scene is an apt preliminary for this portrait of a woman who has fled Boston for another city to escape a relentless stalker. Her fear is so ever-present that she often thinks she sees stalker Dave (Joshua Leonard) out of the corner of her eye and she suffers from panic attacks when trying to be physically intimate with men.

Seeking someone to talk to, she makes an appointment at the Highland Creek mental health facility, but after a consultation finds she has inadvertently signed a form that allows them to detain her for a week because she mentioned suicide. Her reaction is both rational (she uses her one phone call to call the police) and violent (she assaults a patient and a member of staff) in a similar way to that of Frances McDormand in Three Billboards Outside Ebbing, Missouri, except that the aim here is not black comedy but psychological horror. Sawyer’s terror goes off the scale when the male nurse she sees handing out the meds is – she believes – Dave. How is she going to get out of there? 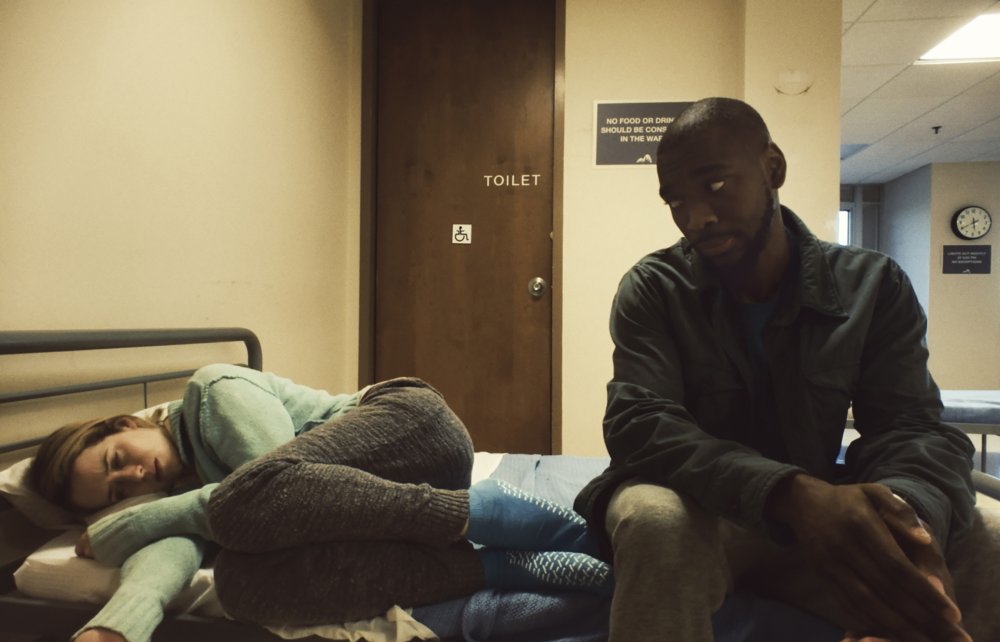 Foy with Jay Pharaoh as Nate

Anyone who is used to Claire Foy’s RP voice playing Elizabeth in The Crown will find her personification of a fierce young American here a wonderful jolt. What’s fascinating about Sawyer is how ruthless she is as a protagonist. She has no compunction in using others to get what she wants. The is-she-mad-or-not theme carries, of course, echoes of Sam Fuller’s remarkable Shock Corridor, not least in Nate (Jay Pharoah), a patient Sawyer befriends who tries to look out for her and may be more than he seems. By contrast, Juno Temple’s Violet is a more antagonistic tortured soul who tries to make things as hurtful as possible.

Soderbergh had said that he wouldn’t be making any more films, but this apparent exception to that pronouncement has the experimental pretext of being shot in 4K on an iPhone. It looks fine; indeed the opening shots of a blue-tinted forest and the front credits sequence of Foy walking past some out-of-focus foliage in the city are quite stunning. That said there is a televisual feel that makes it feel more like a companion piece to Black Mirror episodes than to Soderbergh’s other films – not that there’s anything wrong with that. I had hoped for more, is all.

Unsane is an adroit, if occasionally glib study of American paranoia and of some reasonable justifications for feeling paranoid. I can think of no better argument for the NHS in the UK than the institutional abuses depicted in this film, inspired, I assume, by several fraud cases raised against the US mental health industry in recent years.

Related to Unsane first look: an experiment in paranoia