The Manitoba maestro has conjured a surreal, sharp city symphony out of thousands of film clips and the spine of his beloved Vertigo. 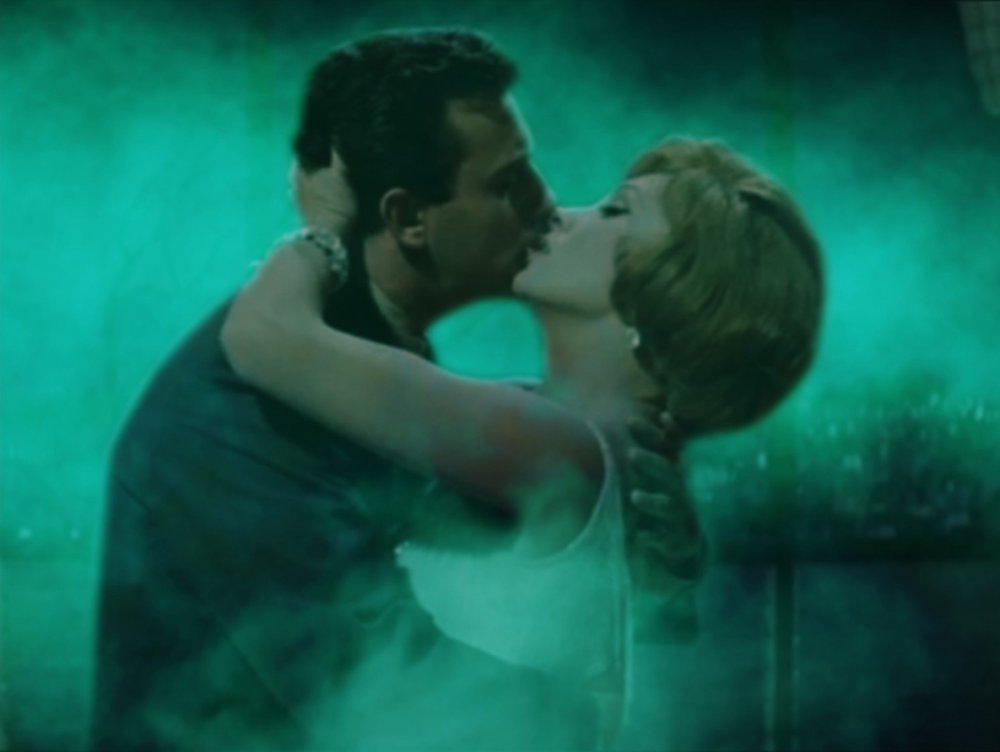 A screen clinch repurposed in The Green Fog

You can trust Guy Maddin to do things differently. Filmmakers have been re-purposing pre-existing footage for years now – indeed, since Terence Davies gave us the glorious Of Time and the City, there has been a whole rash of movies assembled from archive footage – but all too few of them stand out in any distinctive way from the now over-used nostalgic-old-images-plus-bland-new-music formula. Happily, the maestro from Manitoba – who combined new and old footage to marvellous effect in My Winnipeg (made the same year as the Davies film and, in its own mischievously unreliable way, an equally brilliant commingling of city-film tropes and autobiographical reminiscence) – has struck gold again with The Green Fog.

Made, as were The Forbidden Room and Seances, in collaboration with Evan and Galen Johnson, Maddin’s latest was commissioned by the San Francisco Film Festival; it consists entirely of fragments of films and TV programmes shot and/or set in that city. But the titular fog refers not to the mist that frequently blows into the city from the Bay in the afternoon, but to that memorably discoloured vision of Judy (Kim Novak) experienced by the obsessively deranged Scottie (James Stewart) in the San Francisco-set Vertigo. Maddin and the Johnsons have fashioned a likewise demented reworking of the basic narrative thrust of Hitchcock’s film by juxtaposing clips from 100 or so films or programmes, some famous, some obscure. The consequence is not only that Madeleine/Judy, Scottie and Vertigo’s other main characters are each represented by an amazing array of different actors, but that their cars are represented by a similar variety of vehicles; the same goes for buildings, props and so on. 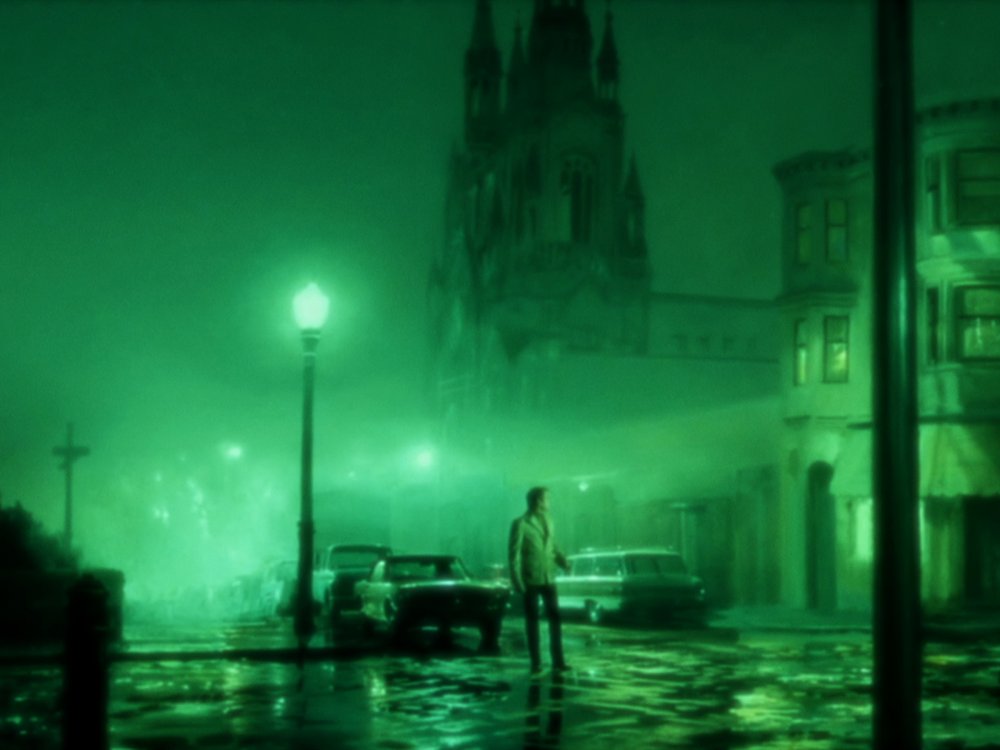 Somehow, not withstanding its fragmented diversity of images, and despite the fact that it features very little dialogue (most of the soundtrack consists of Jacob Garchik’s inventive score, played by the Kronos Quartet), The Green Fog remains intelligible and remarkably coherent, even as the narrative lines expand, bend and contort to include sundry digressions. (The most intriguing of these is a repeated detour which allows Rock Hudson, often seen in the ‘Scottie role’, also to stand outside the main narrative as a voyeur-commentator-manipulator-surveillance expert). The film, in essence, is a brilliant exercise in meta-narrative, which raises questions galore about reality and representation, time and space, genre and gender, individual and urban identity, cinematic suture and casting, etc.

Mainly, though, it’s just very, very funny. If the sheer inventiveness at work in the selection of clips makes for constantly surprising and intriguing viewing (‘What does that clip come from?’), Maddin and the Johnsons also make much comic mileage through imaginative and expert editing. While retaining the basic building blocks of Vertigo’s storyline, they include countless surreal, suggestive and delightfully unlikely moments of absurdly madcap irrelevance. Scottie’s early conversation with Madeleine’s husband is turned into a hilariously flirtatious restaurant encounter complete with conspicuously over-emphatic pouting, while another highlight is a homage of sorts to Chuck Norris, who stands in for Scottie for a good few minutes yet never, however many different clips are used, manages to convey any emotion at all with his strangely unchanging facial expression.

In just over an hour, The Green Fog manages to pack in so much material – in terms not only of the thousands of clips used, but of genuine food for thought – that one immediately wants to watch it again. A profound familiarity with Vertigo is not required to appreciate it; some awareness of the outline of its story surely helps, but Maddin and the Johnsons have created a city film with quite enough crazed magic of its own.

Premiering in the Berlinale alongside The Green Fog, incidentally, is a short film by Maddin and the Johnsons entitled Accidence. Though it’s in many ways the opposite of the feature – it lasts only ten minutes, consists of one single take (showing from the outside the inhabitants, balconies, windows and stairwells of 20 or so apartments in a tenement building), and has no single clear story, it does in fact do pretty much the same for Rear Window as the longer film does for Vertigo: it expands upon Hitchcock’s film by multiplying the number of characters involved. But with so many different dialogue-free narratives playing out simultaneously on one screen, it is without doubt a film which, for all its brevity, will not only reward but very much require repeat viewings for any proper appreciation of its bizarre and allusive riches.