And Then We Danced first look: Georgian dance drills and furtive feelings

Levan Akin’s sensuous drama conjures the glint of gay desire amidst the lithe but forbidding orthodoxies of a Georgian dance ensemble. 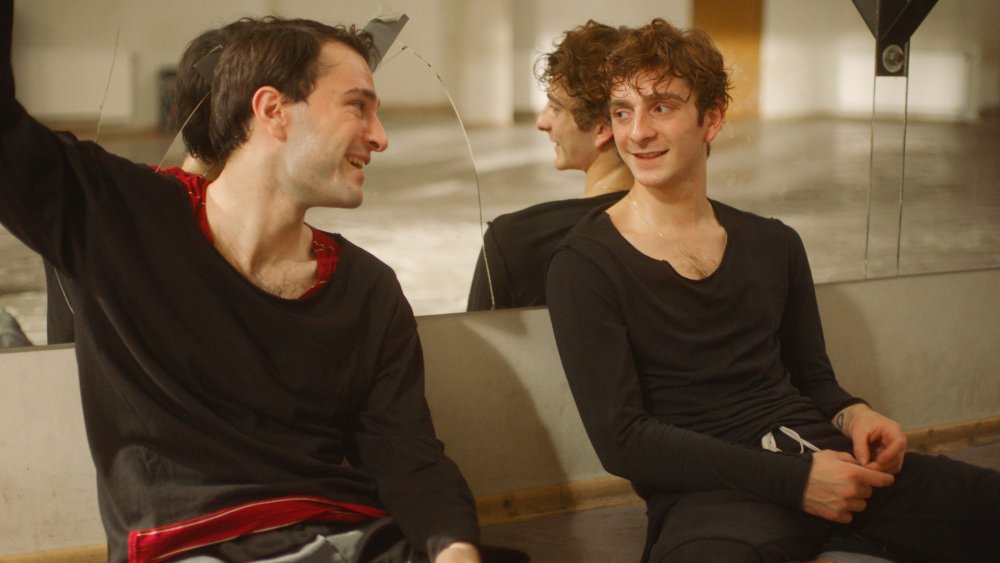 Softness is a dangerous affliction for the boys of the National Georgian Ensemble in Levan Akin’s And Then We Danced. To have soft limbs is to be weak, to lose strength in your muscles is to fail. There are 16 different types of traditional Georgian dance, each one honouring ‘the spirit of the nation’ through the Kartuli wedding dance (which shows that “even in love, men must control their feelings”) as much as the Khorumi war dance (evoking “the courage and glory of Georgian soldiers”).

This practice, rooted in military moves and Middle Age holiday celebrations, occupies the mind and body of Merab (dancer Levan Gelbakhiani in his first acting role), a sensitive and headstrong student at the academy. He’s talented, and a touch frustrated by the cultural structures inhibiting his livelihood. But he’s still mostly in control of his ambition, until a rival dancer enters the equation and thaws his cool veneer with a threat that is both technical and sensual.

The enigmatic newcomer with the glittering dark eyes is Irakli (Bachi Valishvili), and his arrival upends Merab’s pretensions of hardened performance almost instantly. It’s no mystery where this sensuous coming-of-ager will lead for these young men – two people simultaneously repressed and inspired by the muscles of their bodies in movement, reaching for new bends as they perfect their craft.

Dance has often platformed stories of self-discovery, of a performer searching for a fuller satisfaction within themselves. Here, it sets the stage for a story of burgeoning desire, framed by the danger of a conservative culture that still reminds its people (including Merab’s brother David) that marriage has been – and still only should be – between a man and a woman, since Adam and Eve. 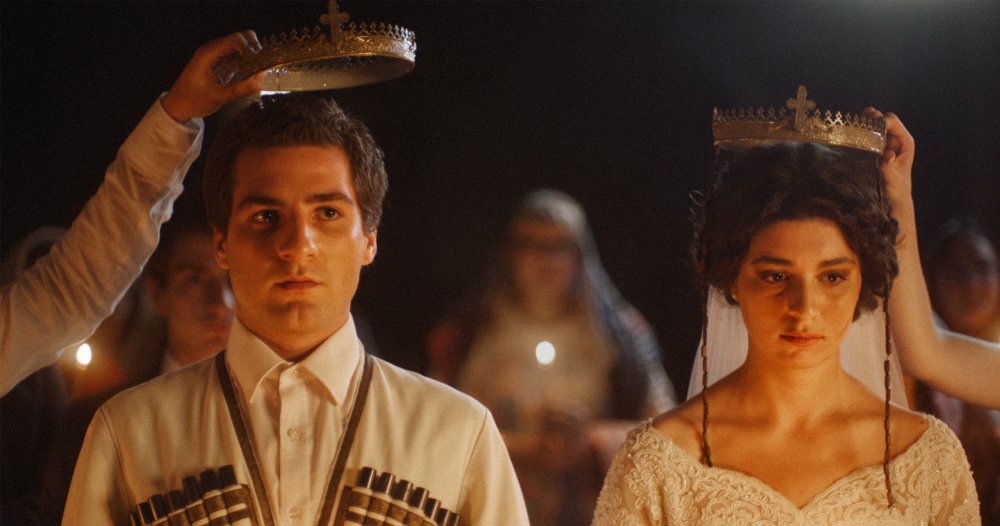 Giorgi Tsereteli as David and Ana Makharadze as Sopo

Merab and Irakli dance around each other’s feelings with recognisable caution – just referencing the last couple of years’ cinema alone, their sensitivity evokes the brusque passion of Johnny and Gheorghe in God’s Own Country, as much as a number of uncanny resemblances recall the instant heartbreak of Elio and Oliver from Call Me By Your Name. But their chemistry is all theirs, and both dancers fill the screen with warmth and devotion. One body is broad and generous, while the other is slender and hungry. They fit together beautifully.

Akin films his dancers in golden light, offering elegance to these periods of clumsy yearning. The precise steps of Georgian dance lend discipline to lustful impulses, and introduce a new framework to navigate an emotional minefield and learn from its mistakes. The landscape is sober but not loveless, romantic but never saccharine.

Self-destruction is within reach for these restless hearts, but the compassion of the story keeps spirits high and love alive. As hands clap, knees jerk and eyes meet, the softness of a first romance feels strong – at once through sharp bodies and honey-sweet desire.