Film of the week: Girl is an intimate, imperfect portrayal of trans life

Victor Polster gives a nuanced lead performance in Lukas Dhont’s debut film, in which the physical rigours of ballet training, the pains of adolescence and the bruising difficulty of life as a transgender teenager combine to create an emotionally raw melodrama. 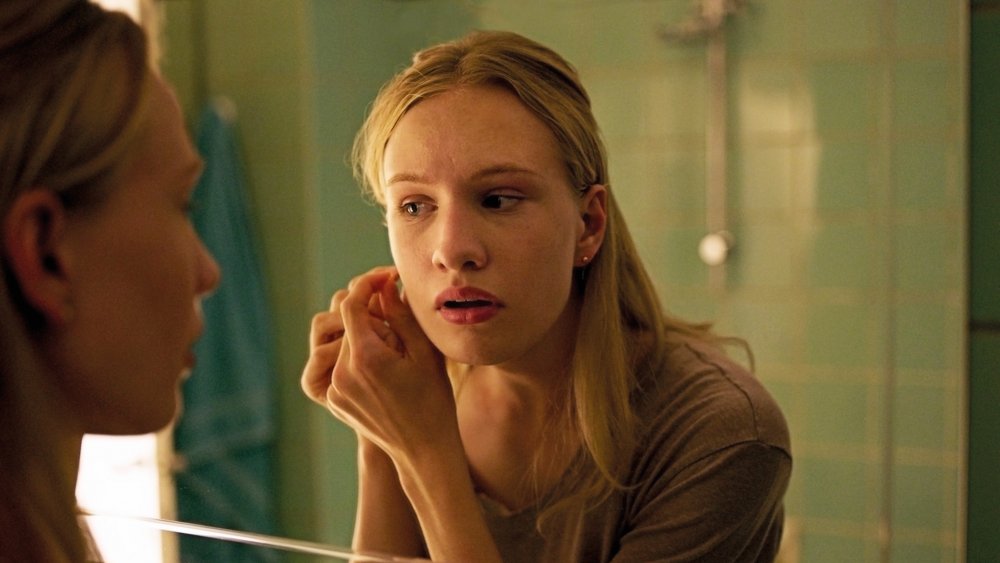 Victor Polster as Lara in Girl

In ballet, a state of swanlike grace and delicacy is achieved only via a radical, painful, deforming degree of physical and mental effort. This makes the artform a useful allegory for femaleness, in, for example, The Red Shoes (1948) and Black Swan (2010); and, more unusually, in Billy Elliot (2000), for finding one’s best self as a man. Girl, a debut for both its director Lukas Dhont and its star Victor Polster, aligns the euphoria and frustration of dancing with the peaks and troughs of adolescence – and its sheer bruising difficulty with the issues that beset 15-year-old Lara (Polster) as a result of being transgender. Sigmund Freud made much of feet as a fetishised stand-in for genitalia, and here Lara’s bloodied toes are frequently foregrounded, emphasising the specifics of her situation: if most girls’ adolescence will be marked by menstruation, what lies ahead of Lara if she completes her transition is the amputation of her existing genitalia.

That Polster (the actor is male and not trans) plays Lara in a mode of modesty and reserve emphasises the crude clashes in the character’s life. For Lara, gaining privacy means telling strangers about her most intimate self. Rejecting maleness means constant attention on her penis. The all-female environment into which a friend’s sleepover admits her is marred, or at least confused, when the other guests demand to see her genitals (“You’ve seen everyone’s pussy!”) and ask whether they should regard her as a boy or a girl. Against such tangible realities, the fine words of her psychiatrist (Valentijn Dhaenens) – “You are a girl; I see a girl” – seem insufficient; although he goes on to expand the point in the form of a challenge, by reminding Lara that she’ll remain the same person inside however far she takes her physical transition.

The relationship between Lara’s felt experience of femaleness and the body she occupies is this film’s underlying mystery – and hardly one that it can be expected to solve, given that the question of what gender identity is remains distinctly unsettled in society at large. A major flashpoint in the volatile discourse between some activists for transgender rights and some feminist thinkers in recent years has been the contention by elements of the former group that a transgender woman is simply a woman, with further discussion of the character of that womanhood deemed inevitably transphobic.

But if it’s a far from satisfactory claim to many women – to whom it denies the relationship between biology and femaleness, and the role played by female biology in sex-based oppressions – it also negates the difficulties faced by transgender people in being recognised as the gender as which they see themselves. A simple declaration won’t overcome the fact that a child born male can’t have the same journey to a socially sanctioned form of womanhood as a child born female. And the obstacles may not be a simple matter of transphobia. Practical impediments exist; onerous decisions must be made; and even the best-intentioned bystanders aren’t automatically going to understand. The difference between being and not being trans is not overcome by the mere switching of a label or a pronoun. 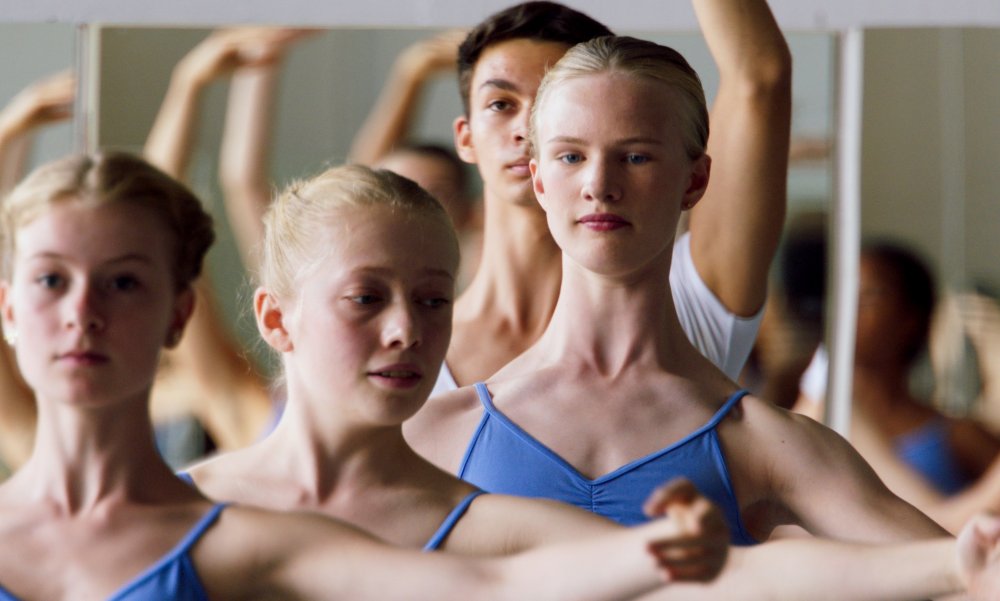 This film makes a gentle point of the fact that transitioning isn’t trouble-free even if most of the people around you are broadly sympathetic to the undertaking. When 15-year-old Lara (Polster) is “deadnamed” – referred to by the male name she was given at birth – it’s not by a malicious transphobe, but by a six-year-old. When a flirtation develops with a handsome neighbour, Lewis (Tijmen Govaerts), the onus is on her to decide whether to explain her gender situation. Her masculine musculature, meanwhile, straightforwardly obstructs her hope of becoming a ballerina. These drawbacks don’t necessarily befall Lara because anyone hates her or wants her to suffer. Only in a society that recognised no biological sex binary whatsoever would such scenarios never befall one in her situation – and as is emphasised when a pregnant family member happily reveals that “it’s a boy”, the biological sex binary exists. Without it, Lara wouldn’t have such a dysfunctional relationship with her own penis in the first place.

The extent to which that relationship is foregrounded here – with numerous shots of Lara’s naked body, and close-ups of her groin as she endeavours to disguise it – will strike some as questionable. Polster is only a teenager; and the emphasis on genitals here has troubling hints of the pornographic objectification of trans bodies. On the other hand, since the film aligns itself very closely with Lara’s perspective, and Lara is at the most narcissistic and sexually sensitive stage of life, perhaps the constant drift crotchwards simply replicates the reality of adolescent thought processes.

Reading a film morally is, of course, a fraught and dubious process, from which it is impossible to excise assumptions, confirmation biases and short-lived ideological crazes. But as Girl tackles a highly complex matter of identity, in a period in which – to quote a recent article by Vanity Fair’s K. Austin Collins – “reviewers are expected not to consider art on its own terms, but rather to measure its value, always, in terms of its importance to an underserved population”, responses to it have been heavily freighted with moral judgement. For some, the fact that neither director nor main performer is themselves trans outweighs Girl’s aesthetic qualities and renders it automatically irresponsible and irrelevant. Readers will be variably inclined to engage with this line of criticism, but the question of whose reality is being represented and for whose benefit is not one from whom this film will escape any time soon. 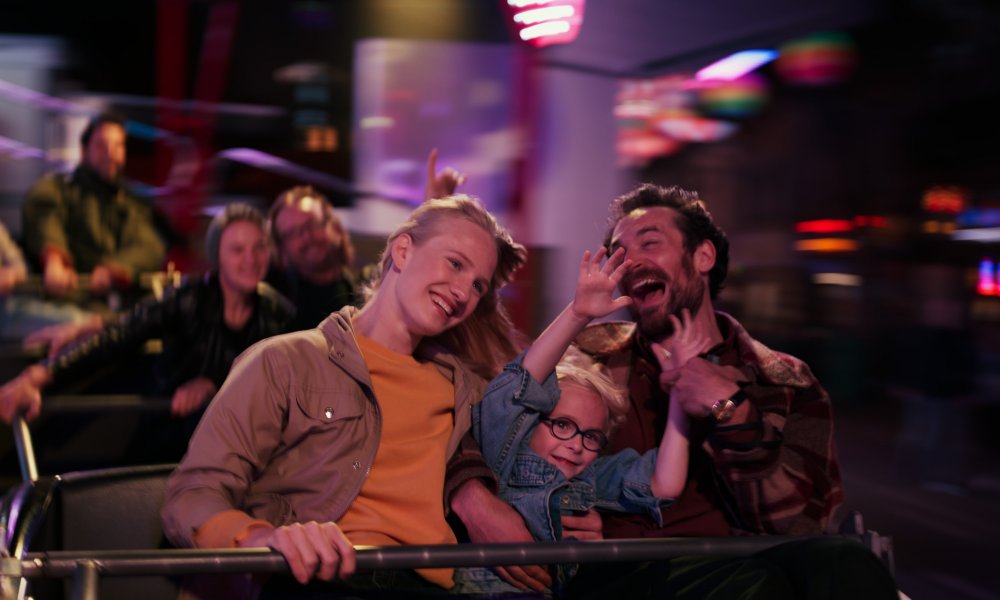 Polster with Arieh Worthalter as Mathias and Oliver Bodart as Milo

There’s no end in sight, either, to the debate over whether authentic portrayal of a character demands a shared gender identity. The more pressing rationale for objection to Polster’s casting is simpler, and industrial: with scant trans roles, the film industry should show explicit support by giving those that do emerge to trans actors. Dhont says that he cast “gender-blind”, auditioning more than 500 performers for Lara. Whatever might be lost for some audiences through the failure to cast in a specifically affirmative way, Polster’s performance is a tender and appealing one, in which subtle gestures – shaky half-smiles, nervous hair-flicking – bring the agony of teenage self-consciousness poignantly close.

The film’s emotional climax, at which a dysphoric and depressed Lara injures her genitals with scissors, is both harrowing and a touch confounding. Dhont and co-writer Angelo Tijssens drew on the biography of real-life trans dancer Nora Monsecour, but the cutting scene is fiction. Though it certainly serves to restate the gravity of Lara’s position, its raw melodrama represents a sharp departure from the film’s hitherto tender and nuanced approach. Lara is suddenly an inheritor of the tragic transsexual in Fassbinder’s In a Year with 13 Moons (1978), whose hybrid identity is explicitly aligned with self-mutilation – a nihilistic twist that doesn’t seem in keeping with either her gentleness, or the quiet confidence and self-respect with which she seems to embody her identity even as it complicates everything for her. Such are the complexities of the contemporary politics of representation, however, that perhaps this psychological equivalent of a deus ex machina represents a defiant acknowledgement that there was no ending for Dhont’s film that wouldn’t have been regarded as brutal by somebody.

Related to Film of the week: Girl is an intimate, imperfect portrayal of trans life