A quartet of a century after bursting onto the scene with his ultra-low-budget debut El Mariachi, Robert Rodriguez revisits his roots in down and dirty filmmaking with a knockabout horror-thriller set in a medical research facility. 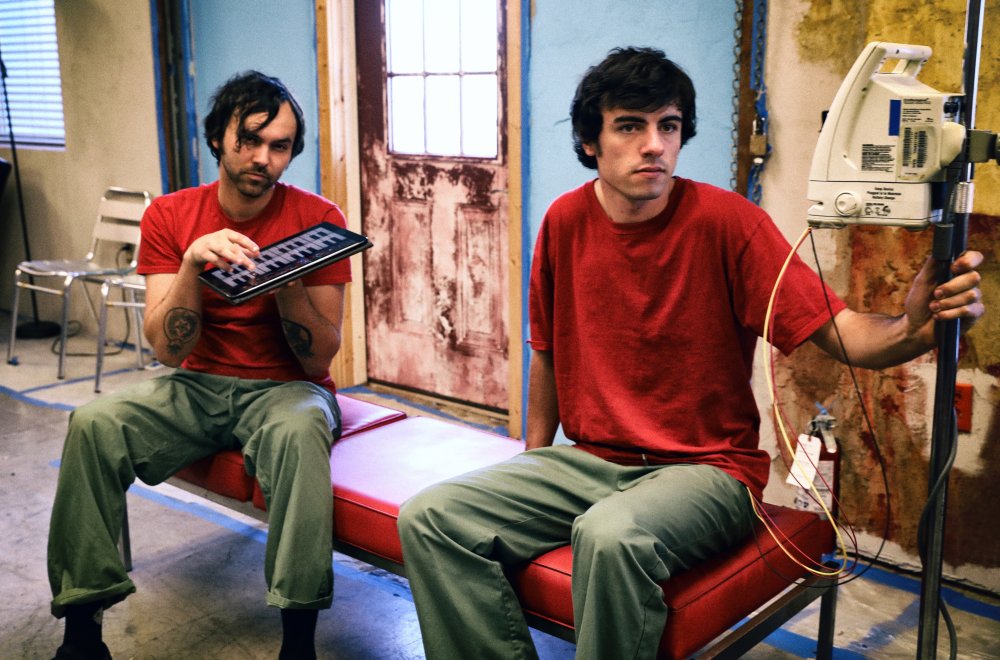 As Cannes was screening Quentin Tarantino’s Once Upon a Time… in Hollywood in all its red carpet, star-studded splendour, down the road in the more modest venue of the Theatre Croisette one-time Tarantino collaborator and Grindhouse compadre Robert Rodriguez was presenting his new film Red 11. It is inspired by a time in Rodriguez’s life when, in order to fund his first film, he took part in paid drug experiments for medical research. “It’s exciting work to do drugs and meet interesting people,” considers Red 11 (Roby Attal), the titular protagonist.

Like Rodriguez, Red is also a filmmaker, but his first movie fell through and he now owes a debt to the cartel. Desperate to repay them, he decides to take part in clinical trials and repay the gangsters with the proceeds. Inside the facility, the human guinea pigs are divided into colour-coded groups – hence Red 11 – and are put on a drug regimen. They eat a controlled diet, watch TV and play video games with names like ‘Psycho-Ward’.

The gregarious Red 7 (Eman Esfandi) exposits away as tensions build between the different test groups. Conveniently, Score (Alejandro Rose Garcia) is a composer who, with the help of his iPad, spends the rest of the movie providing John Carpenter-inspired atmospheric music. It’s a joke that goes along with the tone of bemused self-deprecation that has another character flicking through the TV stations showing old Rodriguez movies, looking for something good to watch and apparently finding nothing. 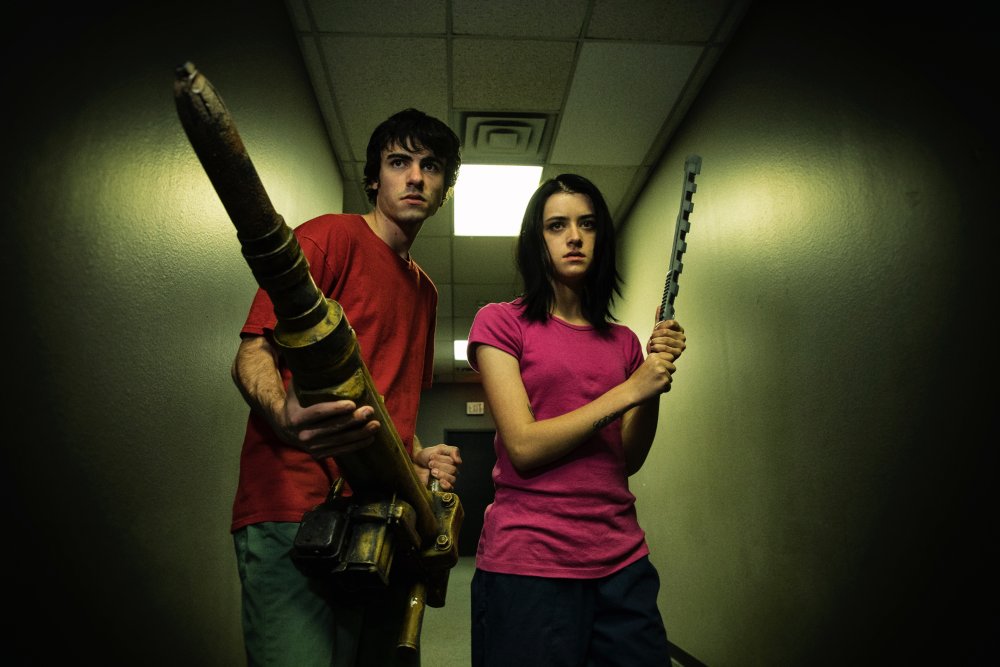 Attal with Lauren Hatfield as Magenta 6

As subjects are starting to get violently ill, Red 11 is moved into the basement laboratory – never a good thing – and sure enough things turn sinister and goofy. The story becomes a mess of half-baked ideas and set pieces whose purpose is to provide examples of what can be done on a low budget with technical creativity, rather than furthering any discernible plot. It’s a pity because the initial high concept is promising, but ideas are disposable as Rodriguez uses scenes to show how to provoke a jump-scare, or how to use sound effects and quick cutting to cover a multitude of cinematic sins. The humour mostly works – a baddie who delivers a series of spoilers is good fun – despite the cast’s very obvious limitations.

With tongue firmly planted in cheek, it is difficult to know how seriously to take Red 11 as a film rather than a lark. The project began as a teaching tool for a masterclass, with an accompanying documentary. Reportedly, Rodriguez kept to a $7,000 budget to match his self-made debut El Mariachi (1992), with no crew except for one assistant (his son and co-scriptwriter, Racer Rodriguez) and a two-week shoot. It’s a far cry from his latest James Cameron-produced, mega-budget science fiction film, Alita: Battle Angel, a single second of which cost $27,322.

In the end, Red 11 is a curio, the true value of which is in inspiring budding filmmakers to try their hand. And here the film is a success, both in showing it can be done and also providing such a low bar to inspire those who could do it much, much better.