Mr. Jones review: the horrors of the Holodomor, witnessed by a Welsh reporter

A fearless journalist investigates the famine in Ukraine during WWII in this overstretched but nobly intentioned drama directed by Agnieszka Holland. 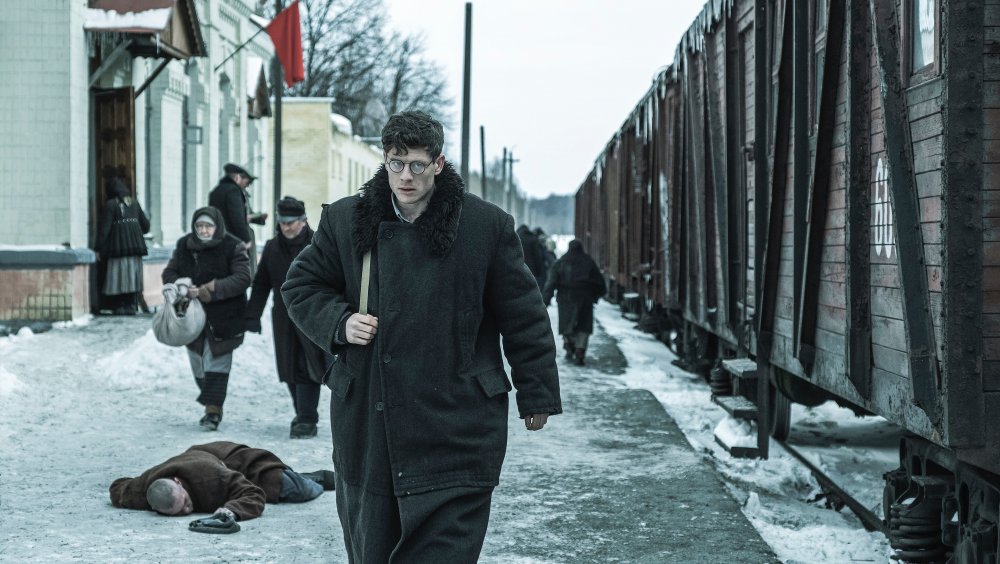 The government-induced starvation in Soviet Ukraine in 1932-33, known as the Holodomor, may well have killed as many people as the Holocaust, though we hear much less about it. Polish-born Agnieszka Holland, with her acute political antennae (Europa Europa, In Darkness), makes an ideal director to tackle the subject; too bad that debut screenwriter Andrea Chalupa can’t quite match her for dramatic pacing. Mr. Jones was originally released with a 140-minute running time; it’s since been pared back to 118 minutes, but it occasionally still feels overstretched and repetitive.

The main problem is the insertion into this real-life story of extraneous matter, notably episodes of George Orwell (Joseph Mawle) writing Animal Farm, said to have been partly inspired by the courageous reporting of Welshman Gareth Jones, who dared penetrate the forbidden territory of Ukraine and singlehandedly report on the ravages he saw; and the tentative attraction between Jones (James Norton) and fellow journalist Ada Brooks (Vanessa Kirby). Neither thread adds much, and serves only to sluice out much sense of urgency from the first half of the film.

Once Jones reaches Ukraine, the darkness takes hold – literally so, since most of this crucial sequence is shot in near-monochrome. Music, used sparingly elsewhere, is here almost entirely absent from the soundtrack; the relentless wind and crunch of snow beneath boots serve as comfortless accompaniment. Having seen people grabbing desperately at stale crusts and tree bark, Jones arrives at a hut where he’s surprised to find a family of sad-eyed youngsters with meat to cook. Only after he’s shared their meal does he discover, to his horror, what it is they and he have been eating.

Norton makes an appealing Jones, principled and incorruptible, stubbornly trying to convince a complacent Lloyd George (Kenneth Cranham) of the urgency of what he’s seen. By contrast, Peter Sarsgaard entertainingly goes full-on sleaze as Pulitzer-winning New York Times journalist Walter Duranty, splitting his time between lavishing oleaginous praise on Stalin’s regime and hosting decadent drug-fuelled parties where he wanders around stark naked, embracing unclothed males and females alike. Mr Jones stumbles at times, but it’s a valuable reminder of a heroic figure and a forgotten genocide, all the more relevant at a time when serious journalism is under crass attack.

Related to Mr. Jones review: the horrors of the Holodomor, witnessed by a Welsh reporter