Donbass first look: both too much and too little about the war in Ukraine

Though Sergei Loznitsa’s episodic film – chosen to open the Un Certain Regard section of the 2018 Cannes Film Festival – has valuable moments of insight, it lacks the quiet openness found in his documentaries, as it veers wildly between drama and farce. 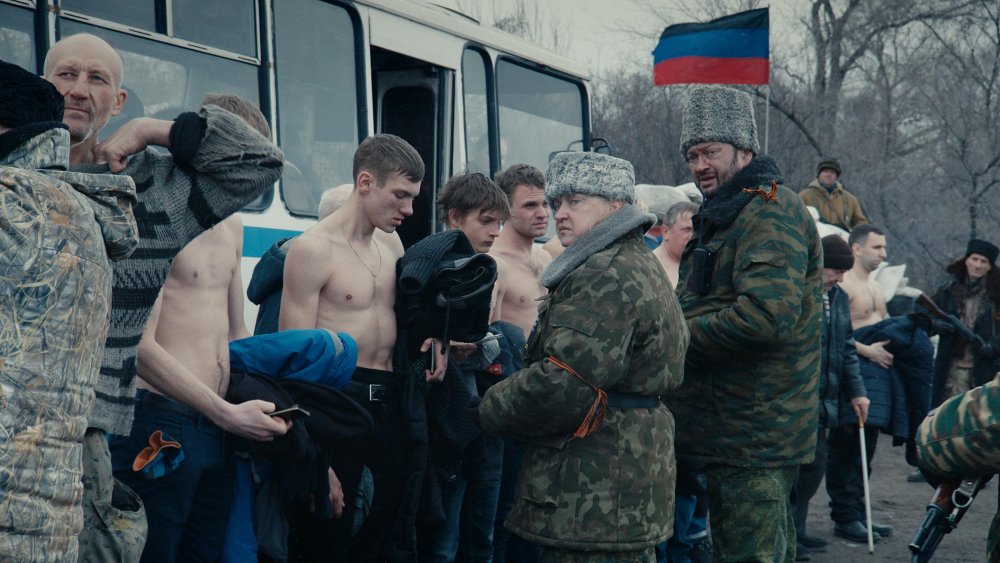 A crowd scene in Donbass

Sergei Loznitsa would seem like the perfect director to try and get a grip on the ongoing war in the Donbass region of eastern Ukraine, as much of his career has been dedicated to probing the underlying mechanics of historical events, sometimes even when they are still unfolding. Yet there has always been a divide between the more open, even oblique nature of his documentaries and the greater directness of his narrative work, a tension which his fourth fiction feature Donbass, chosen to open this year’s Un Certain Regard section, fails to adequately resolve.

The film’s opening sequence does at least pose some intriguing questions about the staging of conflict. It shows a group of extras being made up in a trailer at a film shoot before a production assistant leads them out into what resembles a pitched battle, resulting in a mad chase through a housing complex under fire, captured on shaky, ‘authentic’ hand camera: is this the war itself, or a representation of it? Does that distinction even matter?

Apart from numerous shots of people filming events on their phones, however, such metafictional concerns largely take a backseat in the remainder of the film, which strings together a series of vignettes from everyday life in the war zone. These veer between drama and farce: a functionary presenting the ridiculous amounts of supplies the separatists have set aside for the staff of a maternity ward; the male passengers of a bus being forced to strip down in the snow as potential new army recruits; a garish wedding conducted according to the laws of “Novorossiya”; a soldier who receives a ritualised beating from his comrades after attempting to desert. 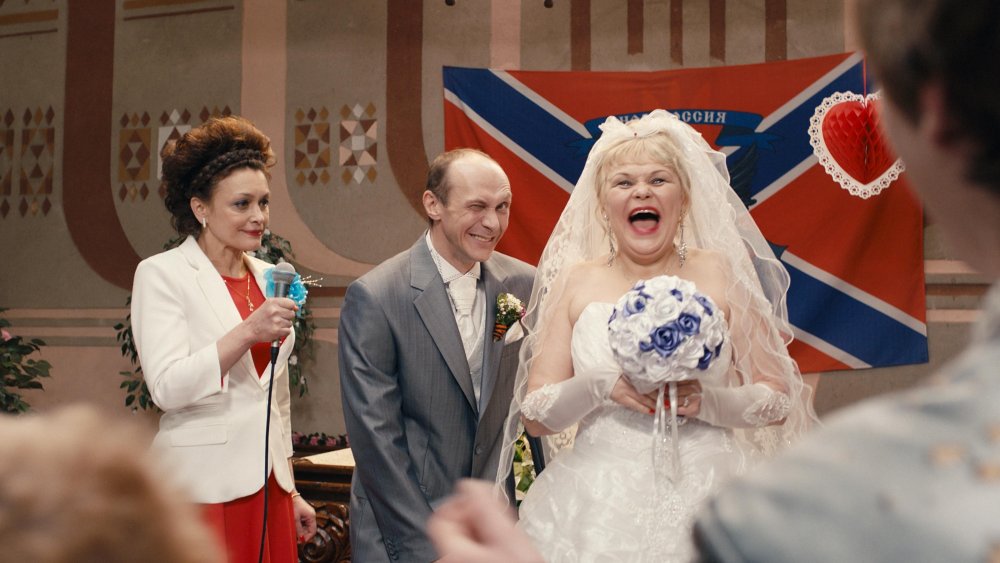 Each vignette feels as volatile as the broader situation it’s depicting, as Loznitsa is happy to leave a situation as abruptly as he enters it, or follow an apparent digression until it morphs into the main attraction. This flexibility of reaction, however constructed, points to his documentary roots. The myriad, unpredictable ways in which the episodes are connected form the film’s most striking element, with certain scenes even actively flirting with where the precise intersection point will fall, most notably when in a scene the camera wanders among a group of men speaking on their mobile phones in an occupied building, cannily picking out fragments of each individual conversation, before eventually choosing to move elsewhere.

Yet the fascination exerted by these interstitial moments is largely a reflection of the misjudged nature of many of the episodes, which often either fail to make an impression or outstay their welcome, or even do both at the same time. The wearyingly shouty, over-extended wedding scene, for example, says at once too much and too little about the system that now governs the Donbass, while another sequence showing a Ukrainian ‘loyalist’ being taunted and finally beaten by an angry crowd spends considerable time hammering home the same point made far more succinctly right at the beginning. Loznitsa still retains his uncanny ability, familiar from his documentary work, to extract small moments of insight and pleasing inscrutability from crowds and faces. However, here, these moments are ultimately drowned out by the surrounding din. In a war of raised voices, perhaps quietness would be the better weapon.

Related to Donbass first look: both too much and too little about the war in Ukraine