Noah Baumbach’s latest is a thematic, mature sequel to his breakthrough The Squid and the Whale, with Dustin Hoffman at the head of a dysfunctional brood of New York intellectuals. 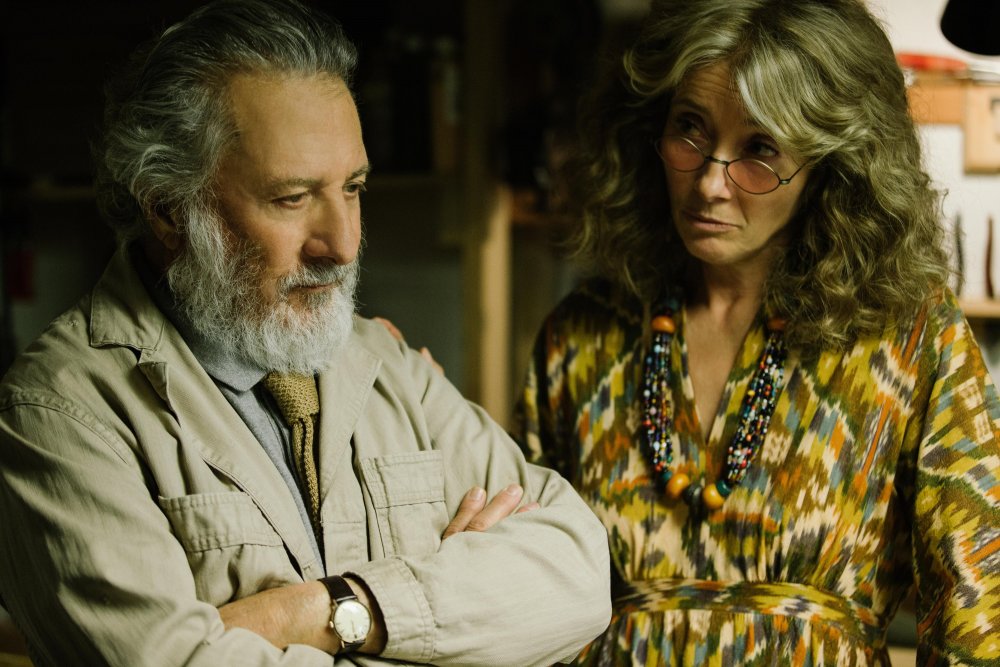 Since his black-and-white coming-of-adulthood gem Frances Ha in 2012, Noah Baumbach has alternated between productions penned with Greta Gerwig and solo projects, and it’s been fascinating to see the director flip-flop between stories about young women (Frances Ha and Mistress America, both with Gerwig) and middle-aged men (While We’re Young, without) undergoing crises of identity, creativity and family. The unifying thread that runs through each of these films is New York City, but The Meyerowitz Stories (New and Selected) also reaches back to before Baumbach’s recent Big Apple period, to his semi-autobiographical 2005 breakthrough The Squid and the Whale, for its milieu and emotional palette. In fact, The Meyerowitz Stories acts as the perfect thematic sequel, training its magnifying glass on a similar, similarly-dysfunctional, over-intellectual (and underachieving) New York brood – although, this time out, there’s an older generation in play.

Essentially an ensemble movie, the narrative centres around the three Meyerowitz men: retired art professor (and once-promising sculptor) Harold Meyerowitz (Dustin Hoffman) and his two sons, deadbeat soon-to-be-divorcee Danny (Adam Sandler) and Los Angeles-based business manager Matthew (Ben Stiller). The title, and its bracketed affectation, lend the film a loose, chapter-divided structure that, in practice, plays out rather linearly, as family tensions rise and simmer amidst a few key developments, including a potential exhibition of Harold’s art at his former workplace; the sale of the Meyerowitz family apartment; and the start of college for Eliza (Grace Van Patten), Danny’s daughter, whom he dotes over and treats like a best friend.

This sets the stage for an occasionally brilliant, bittersweet, Baumbachian exploration of familial torment. At once funny and achingly sad, The Meyerowitz Stories treads a fine line between the gentle (a melodic piano score is provided by Randy Newman) and the brutal (Jennifer Lame’s editing often has the final word, jump-cutting characters off mid-sentence), mirroring both the rough and smooth ways that family can disarm and debilitate.

Sandler apologists can rejoice: he’s at his hangdog best here, drawing from a deep well of pathos to give Danny a desperate quality that lies just below the affable surface. Stiller, on the other hand, is more of a straight man; Matthew is driven, distant and more directly antagonised by his father’s catalogue of complaints and criticisms – which at this late stage may be more of his life’s work than a cellar full of wrought wood and bronze.

Hoffman is essentially picking up the mantle from Jeff Daniels’ conceited paterfamilias in The Squid and the Whale, but where Bernard Berkman was more of a monstrous figure, Harold Meyerowitz has a weathered vulnerability about him; with age, the self-conscious cracks in the self-important persona are showing, especially when confronted with his more successful contemporary, and old friend, L.J. (Judd Hirsch). 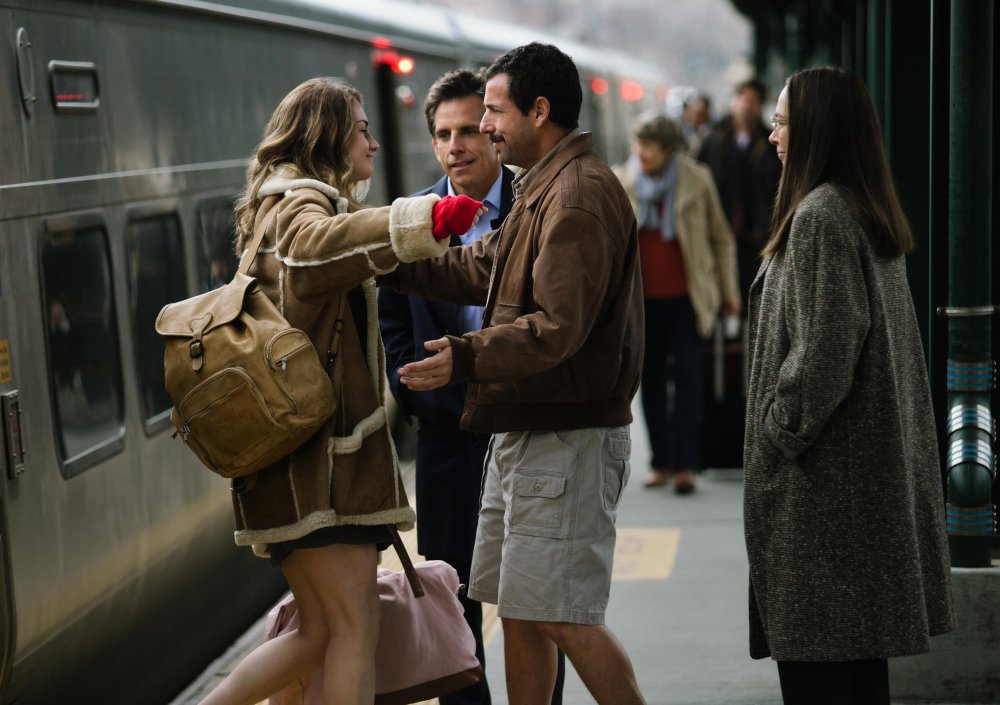 That said, scenes are stolen throughout by the female supporting characters. Emma Thompson is fantastic as Harold’s “newly sober” third wife Maureen, New York’s answer to Hogwarts’ hippy-dippy Professor Trelawney. She even gets what is becoming a Baumbach screenplay staple, the idiosyncratic nickname, following While We’re Young’s ‘Yosh’ with her insistent reference to Harold as ‘The Dad’.

However, it is Elizabeth Marvel as Jean, the middle sibling, who looks like a Roz Chast drawing from the New Yorker brought to life and drawls like MTV’s Daria crossed with Sonic Youth’s Kim Gordon, that holds the key to the film. While her brothers bitch and bicker, she has her own unspoken traumas to bear. These Meyerowitz stories are family narratives – visible, subtle, or simply forgotten in the cacophony of grievances.

An opening monologue, in which Danny laments the changing architectural landscape of Manhattan, recalls a similar sequence from Hannah & Her Sisters, in which Sam Waterston’s minor (and uncredited) character David conducts a whirlwind tour of buildings old and new. After taking a career’s worth of inspiration from Woody Allen, Baumbach comes closest here to a direct homage – and there are subtler hints throughout, in content, tone and, most immediately, the spare white-on-black opening titles. The key difference, of course, is that Allen might have focused more on the Meyerowitz women instead of the men. Where’s Greta Gerwig when you need her?

Related to The Meyerowitz Stories (New and Selected) review: bittersweet and brutal stories of family life