Team Baumbach-Gerwig return to New York and to youth, simpatico if irresistable to satire. 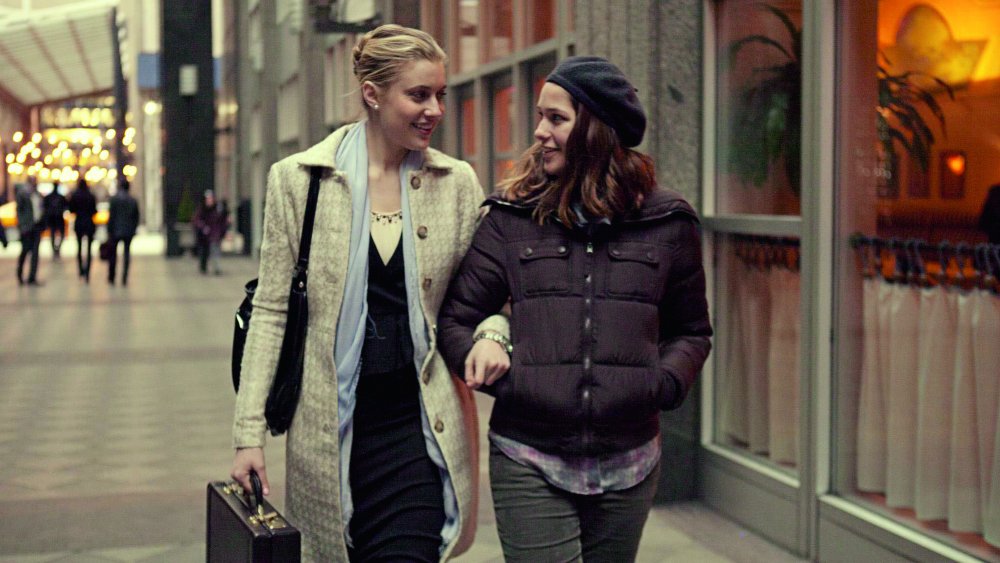 Having been rounded on for their hipster artisanal obsessions and their morally dubious creativity in his While We’re Young (2014), the Millennials catch a break in Noah Baumbach’s light, dextrous social comedy about the pleasures and perils of the New York college girl-crush. Both lonely freshman Tracy (Lola Kirke) and Brooke (Greta Gerwig), the thirtyish stepsister-to-be and self-styled It Girl who twirls her into an Instagram-cool Big Apple, vibrate sympathetically with the pressure of making their way in the world.

Like the sweeter Frances Ha (2012, also co-written with Gerwig), to which it forms a skittish, screwball, complementary piece, Mistress America is on the side of the young, gifted and status-anxious. A movie about growing into (and out of) things – the city, friendships, creativity – it just can’t forgo the opportunity to turn its satirical side-eye on them.

It’s impossible, maybe even illegal, to make a comedy about artistic New York narcissists without invoking Woody Allen, a comparison that has dogged Baumbach for years. Yet Allen’s shadow (specifically that life-into-fiction tale Deconstructing Harry, 1997) lies lightly here, as would-be writer Tracy transmutes Brooke’s self-deluded glamour into a scathing short story. This time around, Baumbach’s own take on the city is more jaded than the monochrome Manhattan-style mooniness of Frances Ha. Tracy sees bonding with Brooke as “like being around New York City” – both are sharp, glittery, restless, the centre of happening things. But they’re also flimsier and more changeable than their outward appearances suggest, as construction ravages Brooke’s Times Square bolthole, and life her grandiose plans.

Especially acute is the film’s skewering of how social media fuels this self-mythologising, with Brooke’s tumble of epigrams, frantic nightlife and portfolio of barely-jobs (‘inspirational’ spin instructor, occasional interior designer, wannabe restaurateur) spun into a sheeny Google and Twitter fantasy (“I’ll shorten that, punch it up and tweet it,” is Tracy’s reward for an insight). She’s high on her own bullshit supply, and her seductive whirl sparks the intense female friendship that forms the film’s core. Not the romantic, time-tested bond of Frances Ha (another thematic overlap) but a giddy infatuation spiked with authorial self-interest. Narrator Tracy watches Brooke cavorting on stage with an indie band, or pitching her half-baked restaurant idea to investors, with the avid interest that Nick Carraway brought to dissecting Gatsby. The nearly-sisters’ wobbly, self-serving alliance also replaces the traditional romance that would have anchored a more conventional film, and its jaundiced picture of female friendship is echoed in the ‘women beware women’ showdown between Brooke and her ‘nemesis’ and ex-best friend Mamie-Claire: “She stole my ideas and my fiancé, and then she literally stole my cats.” 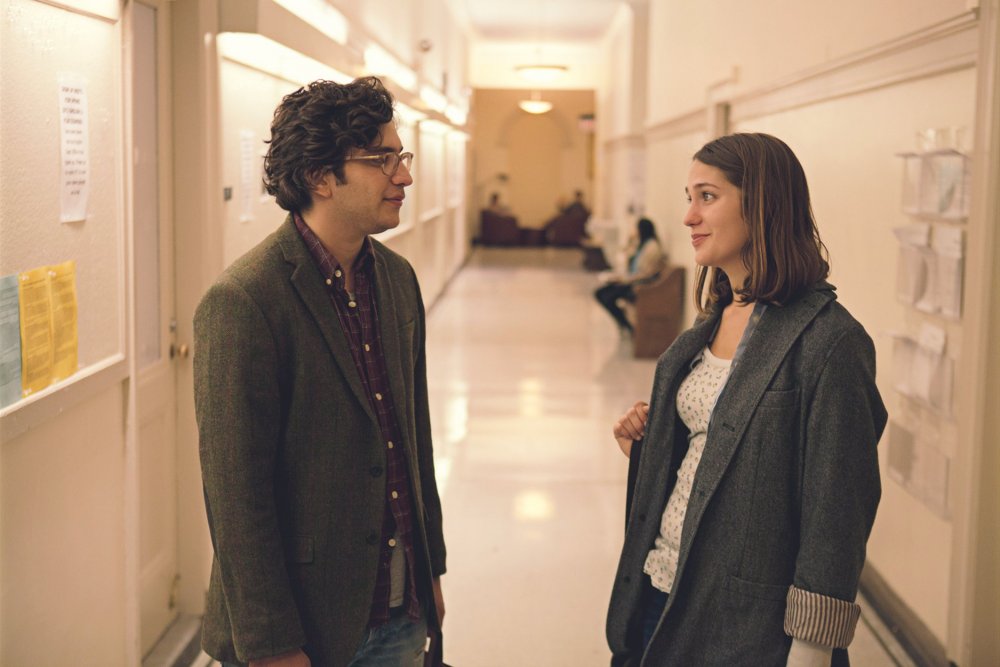 What’s really fresh about Mistress America, however, is how its walking-and-talking New York naturalism transforms unexpectedly into a giddy, fast-talking Old Hollywood comedy of manners. Not that Baumbach is “making all this up” out of old motion pictures, as Bringing Up Baby once put it. The madcap third act – not so much a ‘Lubitsch Touch’ as a ‘Baumbach Tweak’ – sees the director adapting his talky, angsty style to a classic house-party comedy interlude, as Brooke charges out to Connecticut to seek financing for her collapsing restaurant deal from wealthy ex-boyfriend Dylan and the hated Mamie-Claire. This isn’t the ‘Green World’ Connecticut, the Shakespearean source of enlightenment and renewal that Stanley Cavell found in screwball comedies; reeking of money and the compromises of adulthood, it is a 21st-century hedge-funder’s haven, a stultifying suburb where Brooke, Tracy and a pair of Tracy’s friends throw gags and revelations about like stones in Dylan’s sleek glass house. These cool, open-plan pastel spaces (in contrast to the warm thrift-shopped NYC interiors) are used with nimble incongruity for the pinballing comic dramas of the overlapping groups and pairs who variously plead, pitch, flirt, betray or reject one another.

Plot has been a later discovery for Baumbach. His early successes shunned it as a contrivance, preferring to limn novelistic portraits full of devastating little moments (2007’s Margot at the Wedding is a prime example) which suggested, as a New Yorker profile noted, that his fate seemed to be “to pursue a literary career through the medium of film”. Like his hero Eric Rohmer, Baumbach preferred to extract drama from the talkative friction of his characters. Recently, however, he’s been springing narrative surprises – While We’re Young taking a dramatic turn into betrayal, Mistress America into neo-screwball.

So whether this sudden switch in tone and the deliberate staginess of the Connecticut interlude are an uproarious delight or an interesting misstep will depend on whether your taste runs to the melancholy, misanthropic Baumbach of Greenberg (2010) or the warmer Gerwig collaborations. There are some deliciously gawky grace notes, such as when Brooke makes her flaky finance pitch (including an exquisitely awkward ‘rewind’ mime), or when a chair-pyramid of disapproving readers puts Tracy’s short story through the wringer.

Baumbach and Gerwig’s dialogue doesn’t prove quite such a neat fit, though. Classic screwball comedies rejoice in the exhilarating energy of rapid exchanges, that verbal tennis that’s the USP of Hawks gems such as His Girl Friday (1940) or Preston Sturges’s sparkling satires. The difference in the fast-talking 2010s is that Brooke and Co lob smart, snarky, self-revelatory remarks at one another, sallies rather than rallies. A spiky blend of mean (“Your tragedy is your armour!” shouts a defiant Tracy at Brooke, about her mother’s death) and dizzy (“I was the people that they make TV shows about”), the exchanges are at points as shrill as they are smirk-inducing. 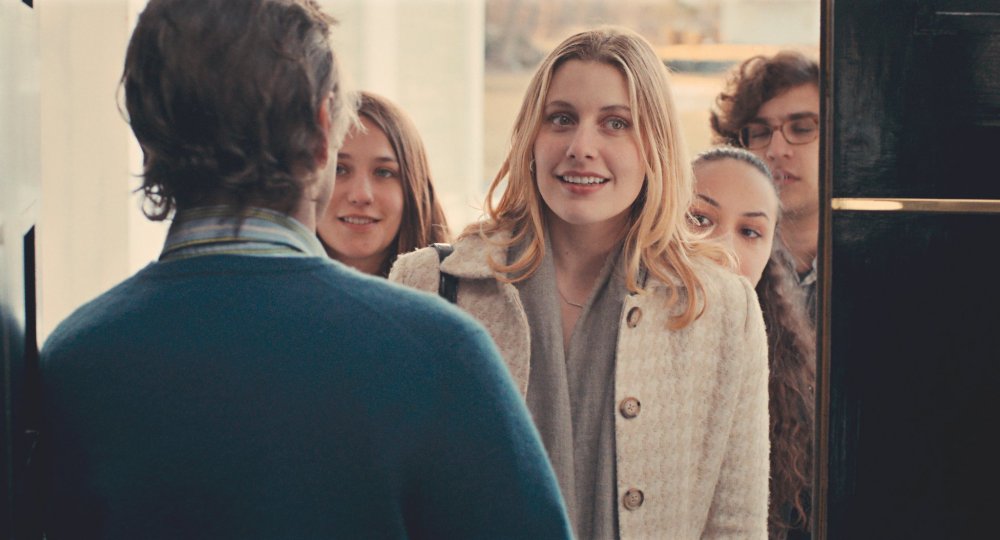 Because the movie rattles past at a sharp clip (it’s a lean 84 minutes), it pulls along a raft of ideas that, like Brooke’s madcap schemes, aren’t always followed through. Generational envy between the different tiers of youth and the nagging fear of having missed the boat are left hanging.

A chewy examination of the ethics of fiction-writing fares best, and the film is streaked with the self-conscious narration from Tracy’s story rebounding ironically back on her: “Meadow could see the whole world with painful accuracy, but not herself.” Baumbach has touched on the issues around throwing your nearest and dearest under the wheels of your fiction before, in Margot at the Wedding (and he himself put a version of his parents’ divorce into The Squid and the Whale, 2005). Tracy doesn’t have the opacity of the monstrous Margot, because Kirke, in a self-possessed, husky-voiced turn, lets you see the “splinter of ice in the heart” forming in the budding writer.

‘Baby Tracy’ may be the protagonist but Gerwig’s lithe, loquacious Brooke, throwing off opinions like the sparks from a Catherine wheel, is the story’s motor. The film fires up when she makes her entrance bobbing down the red steps on the Times Square ticket booth like a boho Margo Channing. An intrepid comedienne, Gerwig is unafraid to parade Brooke’s irritating yet oddly attractive combination of pretension, glamour and self-involvement, a nod to her bossy, well-intentioned Violet in Whit Stillman’s Damsels in Distress (2011).

But Gerwig, who has an Irene Dunne-worthy facility for tempering the brittlest comedy with warmth, can also mine her character’s depths with a look and a half-sentence. Watching her respond to a flirtatious “Whatever you’re doing, it’s working” is to be sideswiped by her sudden, silent revelation that absolutely nothing is.