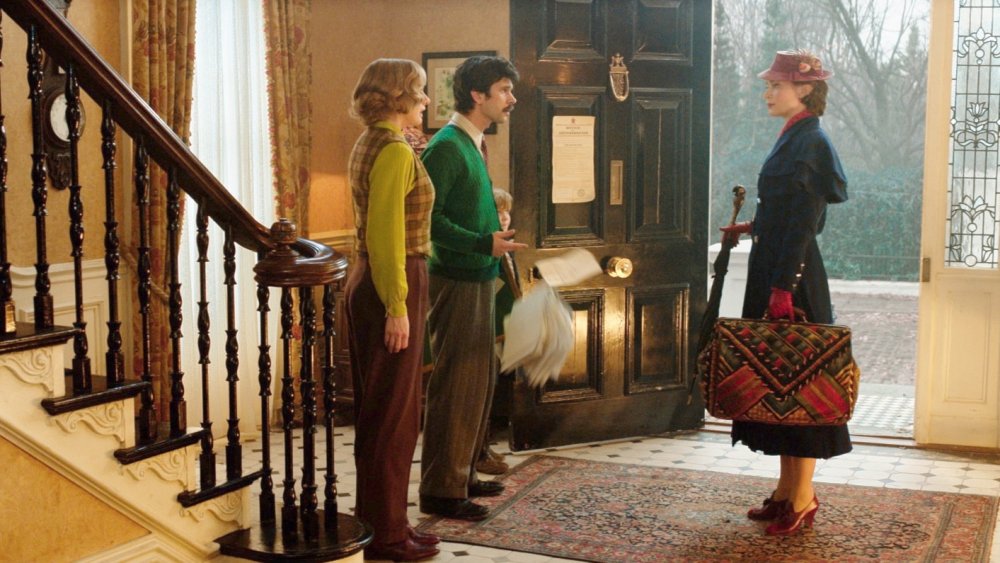 As one of the most poignant songs in Mary Poppins Returns reminds us, “Nothing’s gone forever, only out of place.” While this updated musical extravaganza marks the big-screen return of Cherry Tree Lane’s enchanted nanny, she has hardly been away at all. From the frequent small-screen showings of the original film, and wisecracks about Dick Van Dyke’s dubious accent, to an early 2000s stage musical and 2013’s Saving Mr Banks, which dramatised Disney’s acquisition of the stories from grouchy author P.L. Travers, Poppins has been hovering on the horizon, umbrella aloft, throughout the 21st century. She even made an appearance, many times multiplied, at the London 2012 opening ceremony. So inevitably we have Mary Poppins Returns, a sequel-remake hybrid, which is chronologically subsequent to and yet keen to replicate the very specific charms of the original. The 1964 movie starring Julie Andrews is beloved for a reason, and certainly a hard act to follow. To match up, Mary Poppins Returns will have to be perfect, practically.

With rosy, if haughty, cheekbones, and a fearsomely cut-glass accent, Emily Blunt commits fully to the title role, with glorious results. She’s a little more stern, even, than Andrews in the role and concocts an enticing mixture of matronliness and mischief. The film works best for the majority who have seen the original, for whom her clipped, and sometimes oblique lines will land with the greatest success.

Where Andrews had Van Dyke for company, Blunt has Lin-Manuel Miranda as cheery lamplighter Jack, and their cockney duet A Cover Is Not the Book bursts with energy, not least because they sing accompanied by a bouncing menagerie of circus animals, which has been drawn in, cel-animation style. In another film, Miranda’s broad grin and starry-eyed gleefulness might be too much, but here, as Mary’s chief cheerleader and skipper of the most enjoyable numbers, from the opening Under the Lovely London Sky to the brilliantly staged Trip a Little Light Fantastic, he provides the requisite spoonful of sugar. 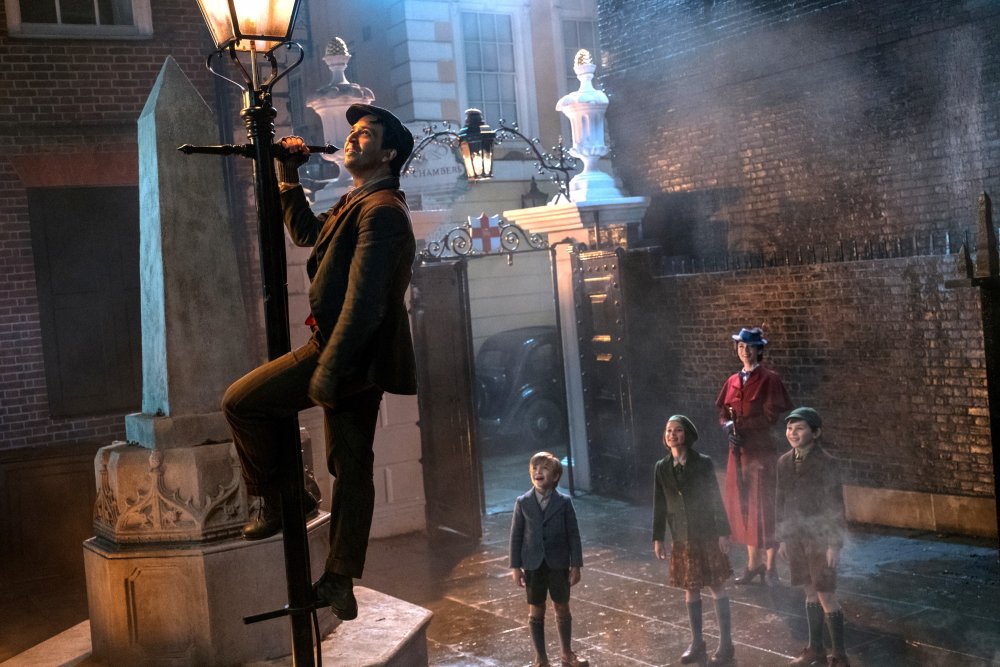 The story of this film takes place a generation after the first, with a gaslit, cobbled London in the midst of the “great slump” and Michael and Jane Banks all grown up, if still somewhat adrift. Jane (a trilling Emily Mortimer) is a trouser-wearing trade unionist, living in a flat of her own. Michael (a downcast, moustachioed Ben Whishaw) is a recently widowed father of three, attempting to keep hold of his family home, 17 Cherry Tree Lane, by supplementing his painting with a part-time job in his father’s bank. A reckless loan comes back to bite him, and unless the family can find Mr Banks Senior’s share certificate by the stroke of midnight on Friday, grasping banker Wilkins (Colin Firth, with a chill sneer) will repossess the house. Enter sainted Mary Poppins to once again restore joy to the heart of the older generation, while ostensibly caring for the kiddies.

It’s all heartwarming fare of the finest variety, with enjoyably anarchic flights of fantasy interspersed with Mary’s brisk wisdom – and which crucially manages to keep all whispers of cynicism at bay. In one wild foray, Meryl Streep appears as a distant eastern European cousin of Mary’s, dressed by Sandy Powell in the manner of Zandra Rhodes, whose house turns upside-down once a month – a cyclical phenomenon explored and come to terms with in the jaunty number Turning Turtle. In another, the children enjoy a semi-animated interlude inside a cracked ceramic bowl. That’s where Mary and Jack do their duet, and Miranda unleashes a sort of cockney rap that comes closest of all his numbers to recalling his Hamilton prowess. 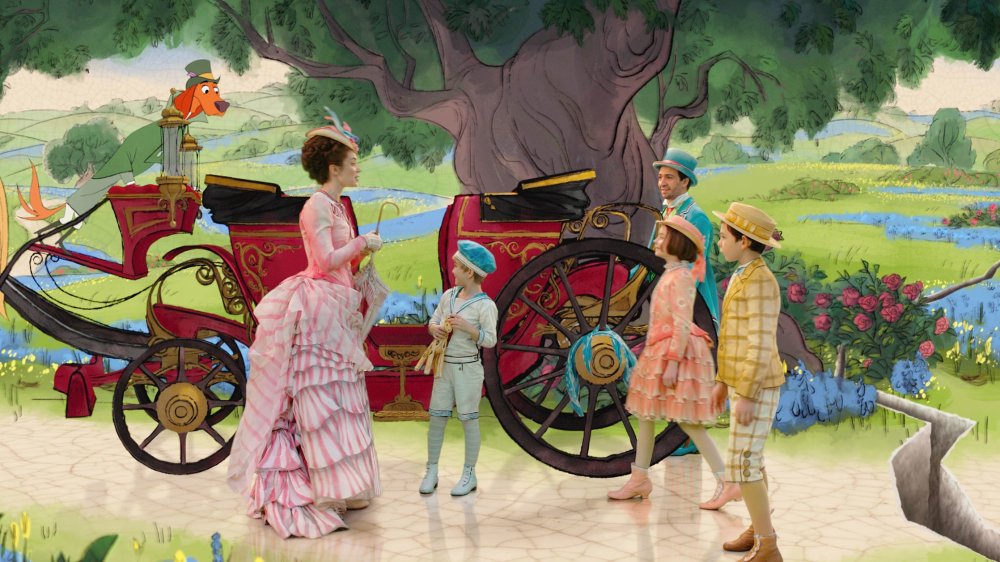 Director Rob Marshall does a canny job of suggesting, if not replicating, the treasures of the original movie, and this new film hardly feels as if it were made in 2018 at all. Time will tell if these songs have the staying power of a Supercalifragilisticexpialadocious or Feed the Birds, though it’s a hummable, luscious score, which is confident to quote from the original, and powers the adventure for a sprightly, never-flagging two hours.

Although Blunt’s crisp characterisation of Mary is the film’s trump card, Miranda leads the biggest spectacles – from the stomping lamplighter ballet of Trip a Little Light Fantastic to a cheeky stunt staged at the Palace of Westminster clock tower. It seems only right that his predecessor Van Dyke make a cameo, though this is rather anticlimactic when it finally happens. Far better is a last-reel appearance by Angela Lansbury as a winsome balloon-seller. In fact, that’s such a treat, you assume Disney executives are already sketching out a similar treatment for Bedknobs and Broomsticks.