Anti-migrant prejudice and Hugh Grant’s hilarious villain endanger our ursine hero in this Chaplinesque sequel, which balances sentiment and slapstick while hymning the joys of multiculturalism. 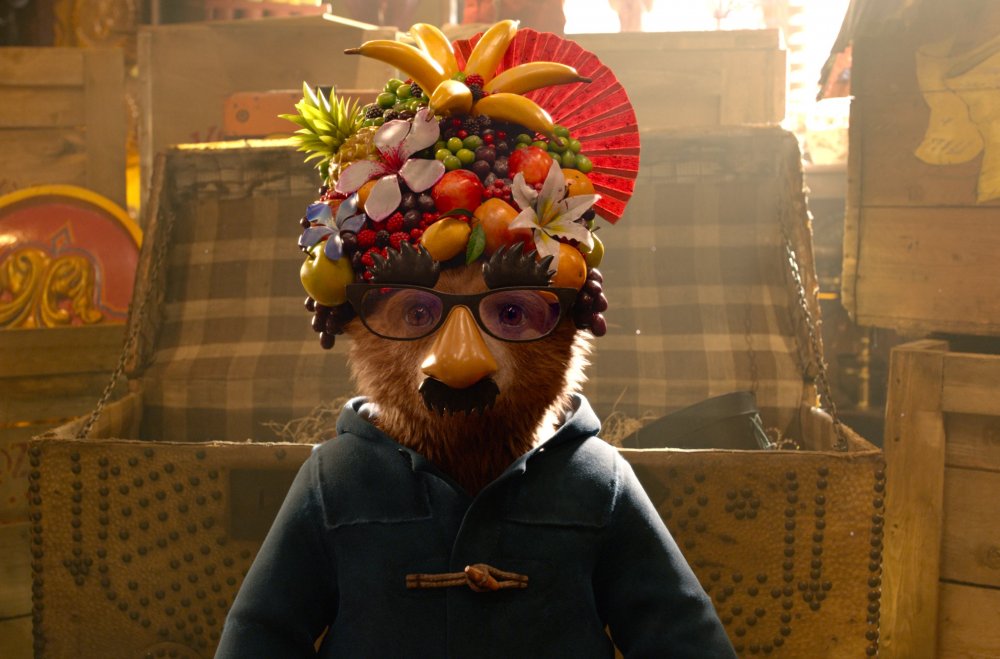 Come the hour, come the bear. Into a British cinema displaying a Brexit-tuned fascination with isolationist past glories (Dunkirk, Darkest Hour, Churchill) comes the triumphant second outing of the beloved British icon who’s not only a migrant, but from a different species altogether.

This charming, more narratively satisfying sequel to 2014’s Paddington jerks Paddington Bear out of the Browns’ happy Notting Hill household after he’s wrongfully imprisoned for stealing a pricey vintage pop-up book of London, which he’d been saving up for, wanting to send it to his Anglophile Aunt Lucy in Peru for her 100th birthday. The very model of a resourceful migrant, he’d taken on barbering and window-cleaning odd jobs, replete with clipper disasters and soapy-water slapstick sequences highlighting his well-intentioned eagerness and community feeling.

The real thief, waning West End star Phoenix Buchanan, is by contrast a comic confection of vanity and solipsism, played with fruity, cravat-wearing élan by Hugh Grant in a piece of inspired, self-mocking casting. As the camera swoops over his drinks table, we see that it’s cheekily cluttered with silver-framed headshots of Grant in his floppy-haired heyday. The pop-up book, fluidly animated as a paper wonderland of London landmarks recalling the 2D paper cut-outs of Ivor Wood’s 1970s Paddington TV series, triggers Buchanan’s greed as acutely as it sparks the small bear’s generosity. 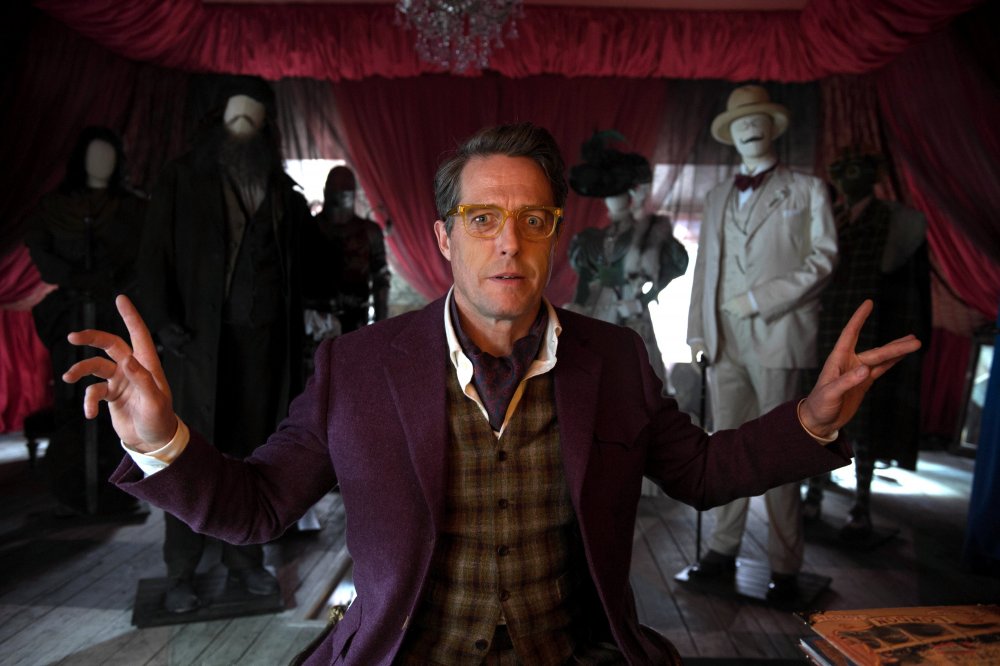 Buchanan’s man-of-many-disguises search through photogenic London landmarks for the pop-up book’s clues to a hidden fortune forms one witty, albeit slender, narrative thread, alongside the Brown family’s amateur detective work on his trail. But the film’s real quest is the challenge a rough and hostile prison poses to Paddington’s values. He firmly believes that if you are “kind and polite, the world will be right”, and an unnerving stint in the prison kitchens befriending Brendan Gleeson’s violent cook Knuckles highlights his grace under pressure. Director Paul King and his co-screenwriters Simon Farnaby and Jon Croker balance Paddington’s hapless clowning with a Chaplinesque positivity and pathos. There’s even a nod or two to Modern Times (1936). Heartfelt without being homiletic, the film cheers Paddington for his unfailing decency. 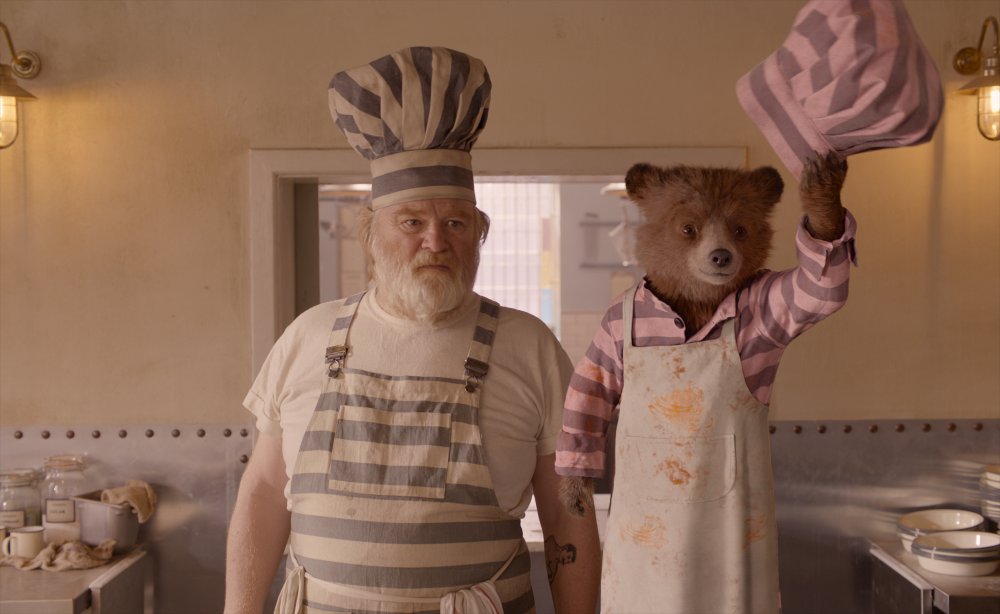 Underpinning this, a combination of masterly detailed CGI and Ben Whishaw’s nimble voicework (honed from 120 hours of recording) makes Paddington an utterly engaging character. Childlike in his directness, he retains his ursine instincts, suddenly slurping at the marmalade-daubed head of a barbershop customer, for example. His creators’ best work isn’t in the dynamic, family-friendly chases, when he’s riding a dog or walking a steam-train roof tethered by toffee apples. It’s when a fleeting expression or phrase shows a depth and vulnerability rarely seen in animated characters. One particularly upsetting exchange of looks with Sally Hawkins’s Mrs Brown ranks close to Toy Story 3 in the tear-jerking stakes.

Paddington’s London – a benign, picturesque, retro-styled city whose twinkling steam fair, pastel-stuccoed streets and cute heritage prison suggest W11 via Wes Anderson – is also rendered as a Remainer redoubt. Bear-hating neighbour Mr Curry, an officious one-man ‘community defence force’, is a divisive, fear-mongering figure: “We opened our hearts, and all along he was robbing you blind.” But Paddington’s multicultural quarter is both enriched by and grateful for the bear’s daily doses of friendship. Mr Curry’s mind may be closed, but the neighbourhood hearts remain open.

Related to Paddington 2 review: Brexit, pursued by a bear