Struggling to bring discipline and rules to your documentary’s anarchic found moments? Mary Poppins can help. 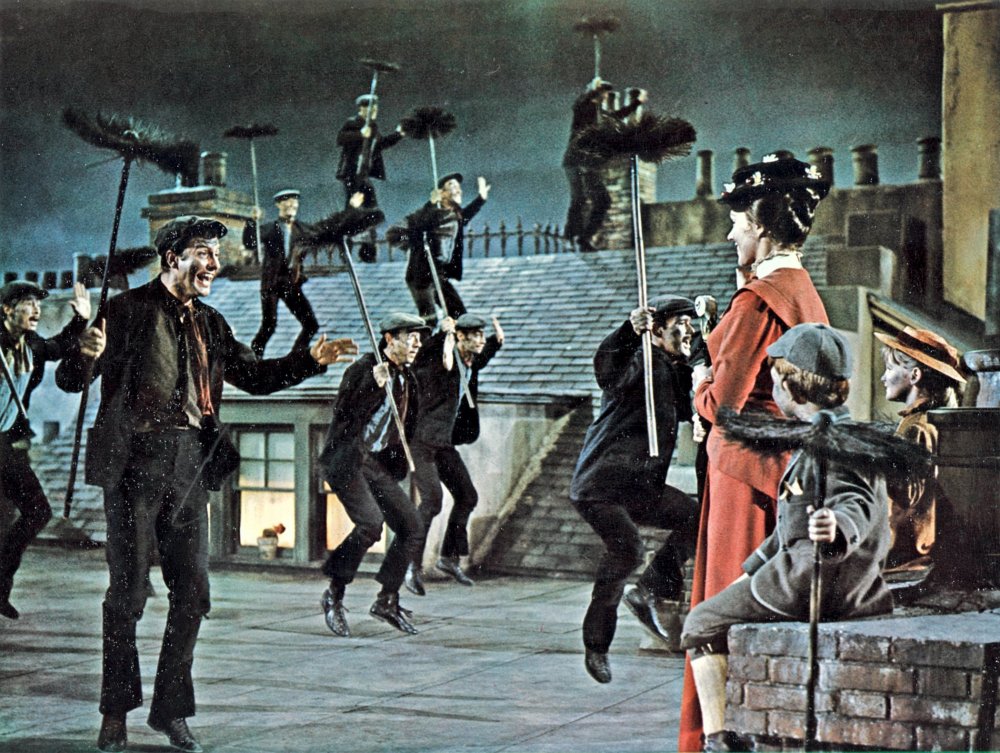 I haven’t seen it yet but Disney’s Saving Mr. Banks seems to be giving Mary Poppins a bit of a bad name amongst hardcore cinephiles. Although the “untold backstory of how Disney’s classic ‘Mary Poppins’ made it to the screen” enjoys a healthy 81 per cent rating on Rotten Tomatoes, social media has been full of derisive comments:

This, of course, is a shame because Mary Poppins is a towering masterpiece of indisputable greatness. As a father of two children (and the son of a woman who liked things that reminded her of drugs), I’ve seen the whimsical musical that made Julie Andrews a megastar something like 37 times. I have a half-historically accurate, half-crackpot theory that the movie invented psychedelic music. The day I learned Dick Van Dyke wasn’t British was the day I learned movies are lies (and therefore art). No matter the season I break into random verses of Jolly Holiday like a possessed child. Cheeky, I know.

More importantly (at least for the sake of this column), I’ve religiously watched Mary Poppins before beginning the edits on all four of my feature documentaries and before many of the other nonfiction films I’ve edited. The cynical might suggest this is a palette cleanser of fun entertainment before a slog, or perhaps I’m a creature of dumb ritual. But I’m no superstitious fetishist and editing is my favourite form of entertainment.

No, I have gotten into the habit of watching the 1964 partly animated musical before editing documentaries because its masterful structures serve as a brilliant lesson on how to tell nonfiction stories. And because I’ve edited over a dozen feature films, I think I can explain why this is not useless idiosyncrasy.

There is a narrative dilemma with documentaries, for starters, that musical storytelling can inform. With traditional fiction, the creation of narrative is more or less stable; a scene is written, directed and performed to achieve certain story, character or tonal results.

Of course the most interesting fiction tends to allow a push/pull between the written and the random, as reality and chance can often complicate matters. Broadly speaking, though, typical fiction still tends toward the fixed and planned. The storytelling in fiction may sometimes feel over-determined, but the control obviously gives the filmmaker a lot of narrative flexibility. 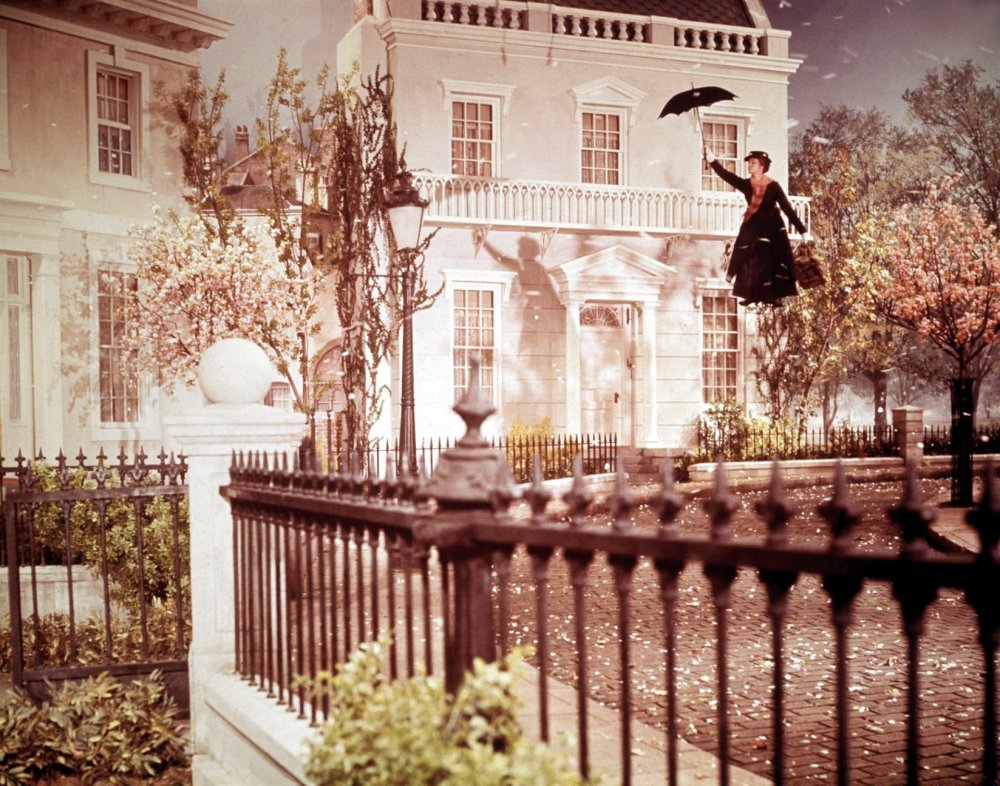 Documentaries, however, are generally built from captured moments that are by nature out of control. Editing nonfiction footage is an inherently self-reflexive act, then, because viewers usually understand instinctively the tension between the chaotic real and the structured. This tends to create the feeling that all documentaries are meta-storytelling constructs at their core, and not only is this impression inescapable, but it is often directly exploited in the most interesting work.

Beyond this, scenes in documentaries generally give information through broader visual movements, sometimes-fractured dialogue, passing images, elusive/captured motifs, etc. The implication that viewers are seeing glimpses of a full reality for storytelling purposes (rather than, say, everything that was fictionally conceived) can often make the narrative progressions in a documentary feel wider, more mysterious and full of kinky contradictions.

The lack of “this happens to cause this” tidiness that a viewer experiences with controlled fiction gives reality-based storytelling a sense of movement in waves and bursts. This is by no means a flaw, of course. The unwieldiness in nonfiction is one of its most thrilling aspects. But it does present problems in organising material for maximum impact.

Studying the story movements in films like Mary Poppins can help. Musicals have similar narrative/non-narrative tensions and the best movies artfully exploit this to create unique viewing experiences. The meta sense of an editorial manipulation of observational footage in a documentary can be seen as a corollary to the song-and-dance, reality-defying scenes in a musical. The narrative arrangements are similarly broad, fluid and nontraditional and exploring the way musicals propel stories forward with set pieces, layered meanings and use of expressionistic imagery can be highly instructive.

Mary Poppins is never too plotty and never overly reliant on predictable causal scene development. Characters are not given backstories; they pop onto the screen fully formed, as if magically out of sidewalk drawings. When Mrs. Banks is revealed to be a “dauntless crusader for women’s votes,” a surprisingly mature political opinion for a would-be doting wife, it comes in a delirious musical sequence.

The subversive subtext of the images of blackened, anarchic chimney sweeps rushing through the proper Banks home and down the placid, bourgeois Cherry Tree Lane is never needlessly dwelled on. The film bubbles with wild whimsy and exuberance while laying out a casually scathing critique of arrogant Edwardian-era capitalists who self-assuredly pursue “plantations of ripening tea” while blindly neglecting their families. This is layered, exciting Hollywood cinema, full of gleeful energy and surprising emotional depth. 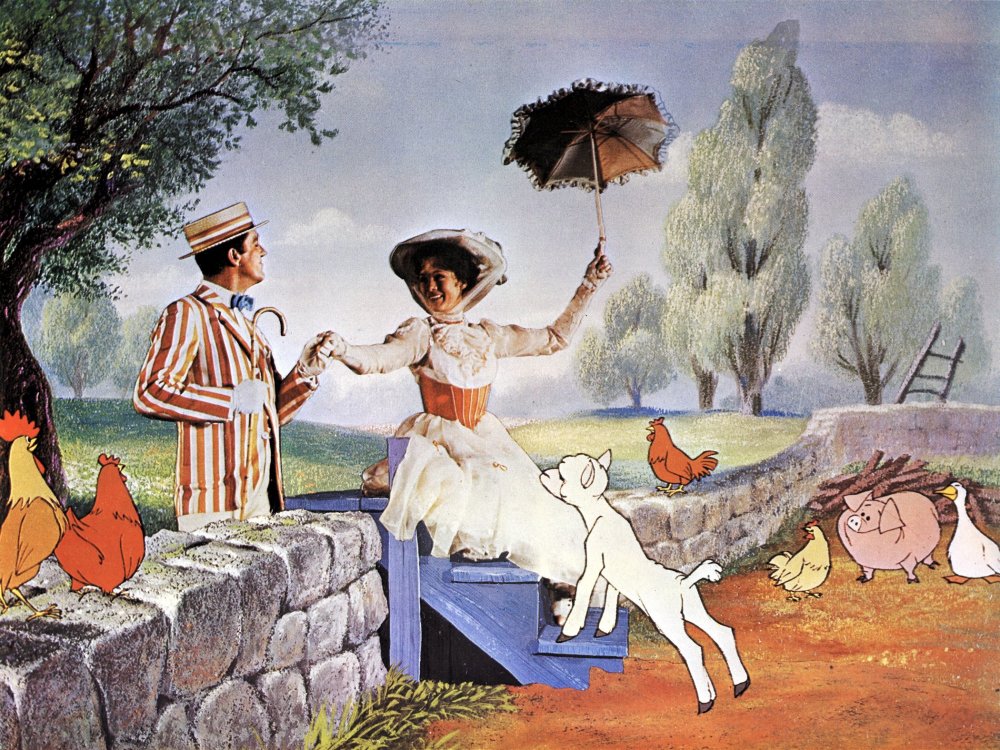 Where the film goes narratively, and how it gets there, can provide great lessons in how to structure a documentary. Character and story development come by way of magical bursts and elongated set pieces. The film merrily prizes frantic, unexpected moments over plot development and each extended scene, filled with musical numbers and story points, gives the film the sense that it is flowing in long waves.

Still, the movie’s final moments, with Mr. Banks choosing his children and Mary Poppins leaving, are fully realised and emotionally impactful. The journeys we take with these characters, though disjointed and chaotic, give us all we need to know to feel for them at the end of the narrative.

In my own films, my goal is generally to create stories that are gradually compiled from captured moments, moved forward less by plot points than by salient revelations. In Kati with an I [homepage], for example, a scene where young lovers sing their song in a pickup truck gives the viewer no plot development – it doesn’t matter where they’re driving to, only the expressions on their faces – yet this captured exchange nicely sets up the emotional story points for the last act.

A documentary can treat its found moments the way Mary Poppins treats its magical ones. In editing, one must resist the impulse to rely too heavily on plot devices that choke the energy from the inherent messy-with-life-ness of reality-based storytelling. Let the movements roll in big, let the stories being told deepen and give the characters the screen time to come alive. I find Mary Poppins so persistently inspiring because its truly radical narrative structure still results in a fully resonant, emotional experience. As adventurous nonfiction filmmakers continue to look for cues from rule-breaking fiction, let’s remember the biggest inspirations can come in unexpected places.