A dessert course of the Euro-rom-pop musical, with a juicy cast enjoying Richard Curtis’s gags and the general esprit. 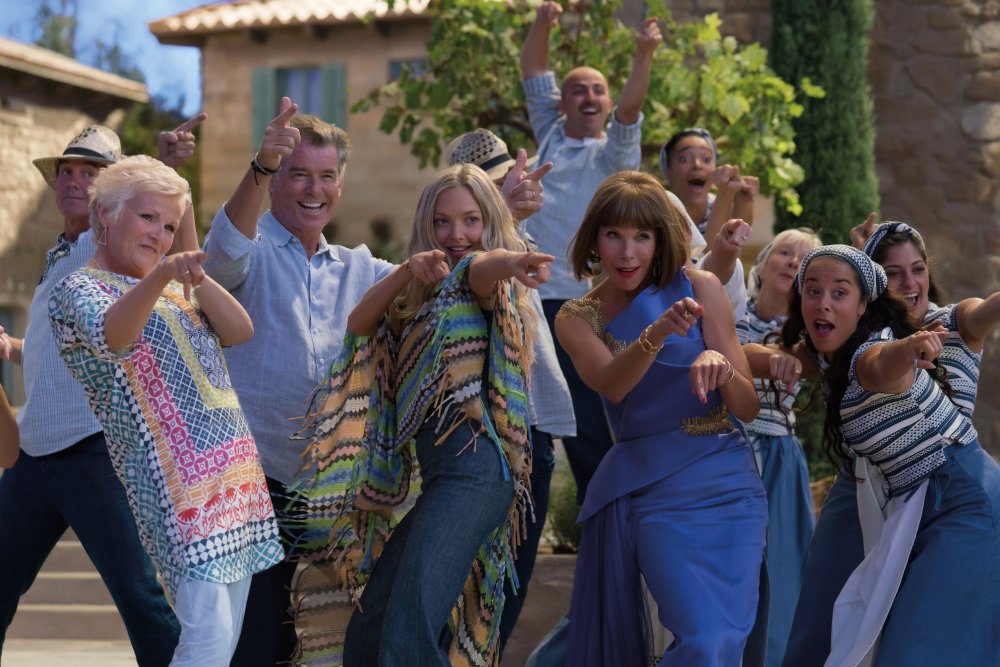 Must we go again? Mamma Mia! (2008) was a clumsy mess and a one-film case for the artistry of the playback singer. Now we are back on the Greek island of Kalokairi, and continuing our prurient investigation into mother Donna’s summer of free love as a graduate and the parentage of her daughter Sophie. Twenty-five years later, Sophie (Amanda Seyfried) is opening a hotel in her mother’s honour. Despite the parallel timelines, the film has next to no plot, and what events do transpire are often unexplained or swiftly dropped.

However, the second film has been benevolently touched by the hand of Richard Curtis. Deadpan humour and frequent pratfalls undercut the cheesiness of the set-up, in which each turn of events, no matter how slight, is celebrated with an enthusiastic performance of a Swedish pop classic.

Can we name the band, to thank them for the music? Foolish not to, for they haunt the film as eerily as Meryl Streep’s Donna, now a year deceased, inhabits picturesque Kalokairi. Despite that, no one ever mentions their name. It’s like one of those movies about the shuffling undead that never utters the word ‘zombie’. Say it once and, just maybe, Abba-cadabra, Kalokairi will disappear in a puff of patchouli smoke. 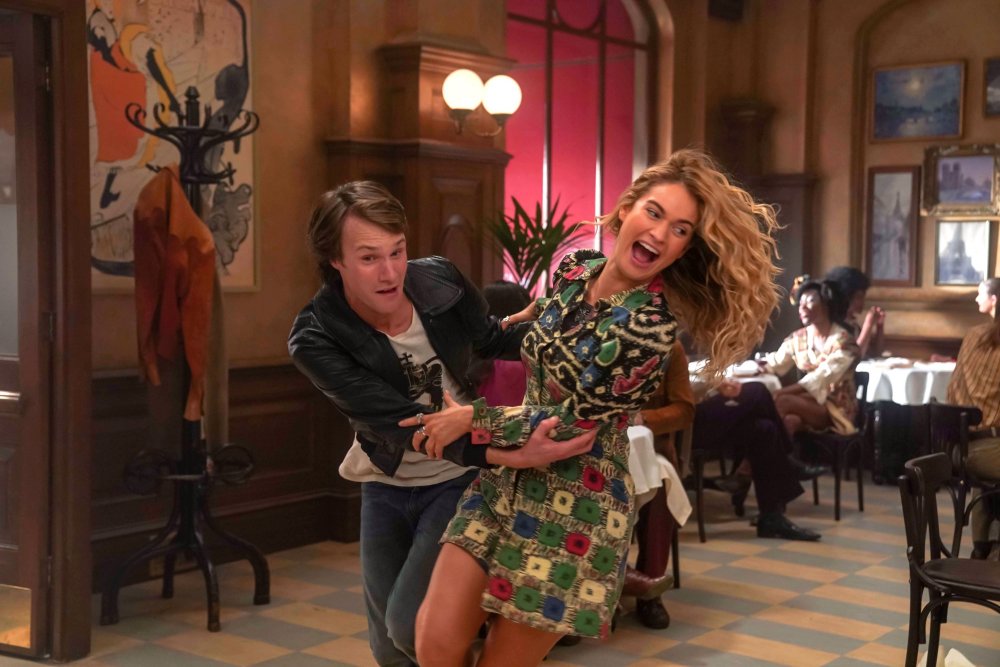 Cast aside any fears that the primary goal is to sell package holidays and compilation albums, because this time at least they have put on a diverting show. Ol Parker (The Best Exotic Marigold Hotel), who co-wrote the script with Curtis, directs with assurance and some flair. The film starts slowly, but hits its stride when young Donna (Lily James) reaches Paris and encounters Harry, a posh, stammering, awkward Brit, all too familiar from the Curtis repertoire but here a hilariously clammy caricature by Hugh Skinner. Soon Donna and Harry launch into the film’s best routine – a wildly whimsical rendition of Waterloo in a French restaurant. Nothing else in the film will be quite so enjoyably daft, not even an armada of guests entering harbour while grooving to Dancing Queen.

James proves a more engaging co-lead than Seyfried, and thankfully doesn’t attempt to impersonate Streep. She sings well, and as her narrative includes three accelerated handshake-to-heartbreak romances, she has bountiful opportunities to dive in and out of the back catalogue. 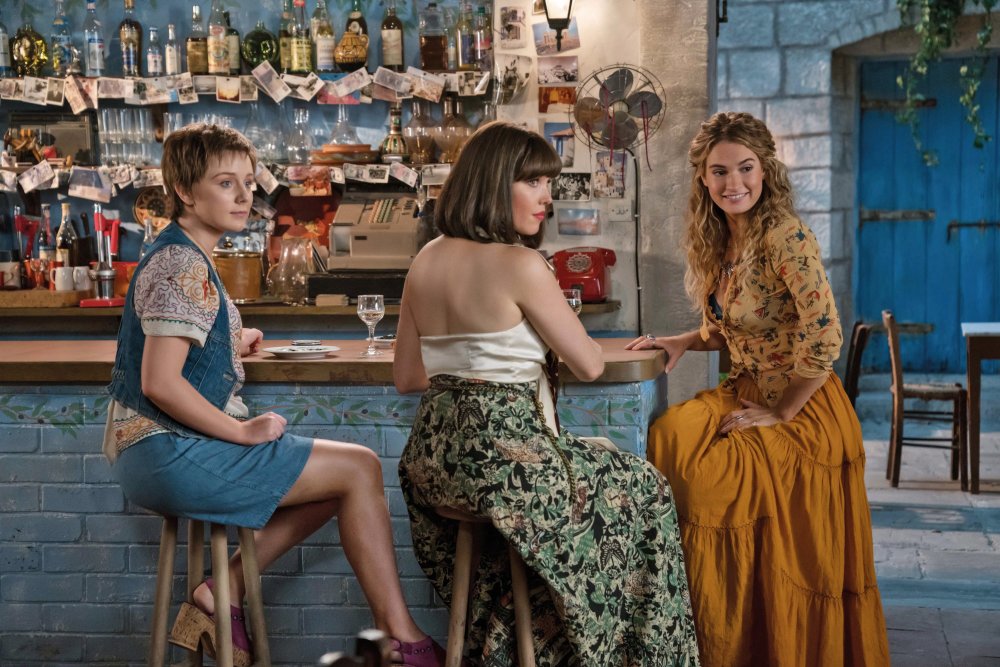 Donna’s backing singers and best friends Tanya (Christine Baranski) and Rosie (Julie Walters) return and threaten to steal the show, not least when Baranski breathes unexpected passion into lines such as “Be still my beating vagina.” Jessica Keenan Wynn and Alexa Davies provide unerringly accurate imitations of Baranski’s and Walters’s shtick in the flashback storyline. The three dubious fathers also return, with Pierce Brosnan twinkling his way through self-conscious gags about his notorious vocals, and Stellan Skarsgård and Colin Firth forming a creaky slapstick double act, best limited to the fringes of this feelgood comedy. Cher, as Sophie’s deadbeat grandma, needs to do little more than be Cher, of course, rocking up in a helicopter and crooning Fernando to a long-lost lover.

There are still regrettable elements in this sequel-prequel. The Greek people and their poverty are used as little more than backdrop, many of the jokes – and the costumes – are still cheap, and Sophie is still insipid. But a musical is a many-layered concoction, and Mamma Mia! Here We Go Again is a slice of crisp, sweet baklava to follow the original’s under-seasoned, stodgy moussaka.