Grease archive review: how low can you retro?

Randal Kleiser’s prefab portmanteau of chaste teen-movie clichés is not so much feelgood as feelfake, argued our critic in 1978. 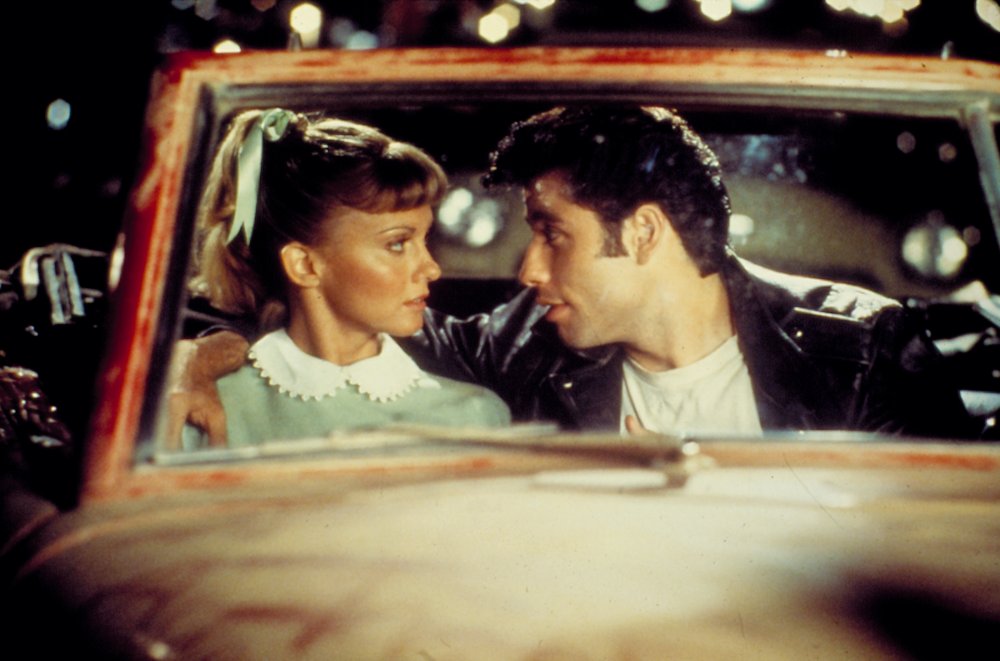 Even in these days of blanket nostalgia, when cinema fashions have all but eclipsed the present tense, Grease arguably achieves a new low in retro styles. Spiritual homesickness for a vanished past (real or imagined) is usually despairing enough; but the loving recreation of a style perceived as hideous appears (like the sentimental hindsight on a state of innocence defined as calculated and corrupt) to mark something of a perverse first in backward-looking movies.

Not that the 1950s of Randal Kleiser’s Grease is – or ever was – a specifically locatable historic era. It is a compound of motley artefacts, styles, rhythms, sounds and movie references, bound together by the fact that they are alike perceived, with quite remarkable – and self-congratulatory – condescension, through the wrong end of a telescope.

Beneath its remorseless and aggressive façade of twitching adolescent energy, what the film is actually celebrating is a state of middle-class adulthood. Even middle age. Insidiously, it congratulates its audience on having achieved a stable perspective from which it can view with amused tolerance the turbulent times of its supposed teenage traumas. By drawing its archetypal teen crises from screen classics rather than first-hand experience, it seduces its audience into believing that they have lived more recklessly and glamorously than they had supposed.

By turning the clock back on another level, and having the senior class at Rydell High played by such relatively veteran performers as Stockard Channing, it invites every one of us to believe that we are, after all, younger than we’ve been feeling. With Eve Arden as a sprightly high-school principal, Joan Blondell as a perky soda girl, and Sid Caesar bouncing around in a windbreaker to coach the school’s recalcitrant sportsmen, it seems not inconsequent for the entire graduating class to be carrying a stellar past behind them. Also not inconsequent (given the tricks that an ageing memory can play) that the lines between the years – and even the decades – should from time to time appear somewhat blurred.

The film opens with its young lovers embracing on a deserted beach in a chaste variation on From Here to Eternity, to the accompaniment of Love is a Many Splendoured Thing; next, to the sound of a reggaebeat rock tune, the animated credits present each of the principal characters as cartoon figures, surrounded by such nostalgic items as a volume of Sick, Sick, Sick and a vintage Mad magazine; then term begins and a leather-jacketed gang that seems to have strayed in from West Side Story joins with some of the pert virgins from the Beach Party cycle to deliver original songs whose expository refrains remind us of Hair and the 60s, while the choreography seems to have grown out of Jerome Robbins via Saturday Night Fever.

Ultimately, the most oppressive thing about Grease is not so much its wholesale pirating of incompatible sources as its insistent knowingness. Beauty School Dropout, a fantasy number in which Frankie Avalon performs to an Everly Brothers-style arrangement, is prefaced by Frenchie’s cue line: “I wish I could have a guardian angel, like Debbie Reynolds in Tammy.” John Travolta’s strutting performance as Danny matches the script and direction in its undentable knowingness. Indeed, only Olivia Newton-John, whose Sandy is one sustained tabula rasa, performs as if she believed that there really was a period when teenagers were young and spent more time looking over the rainbow than over their shoulders at the box-office trends.

Related to Grease archive review: how low can you retro?