A key cinematographer (or “cameraman”) for everyone from 1960s British realists Lindsay Anderson and Tony Richardson to James Ivory, Germany-born Walter Lassally was both immigrant and expat, finally retiring close to the beach where he shot Zorba the Greek, the film for which he won an Oscar.

Plus a reminiscence from critic and colleague David Robinson.

☞  ‘Like a bakery that forswears dough’: Walter Lassally on the fetters of British filmmaking 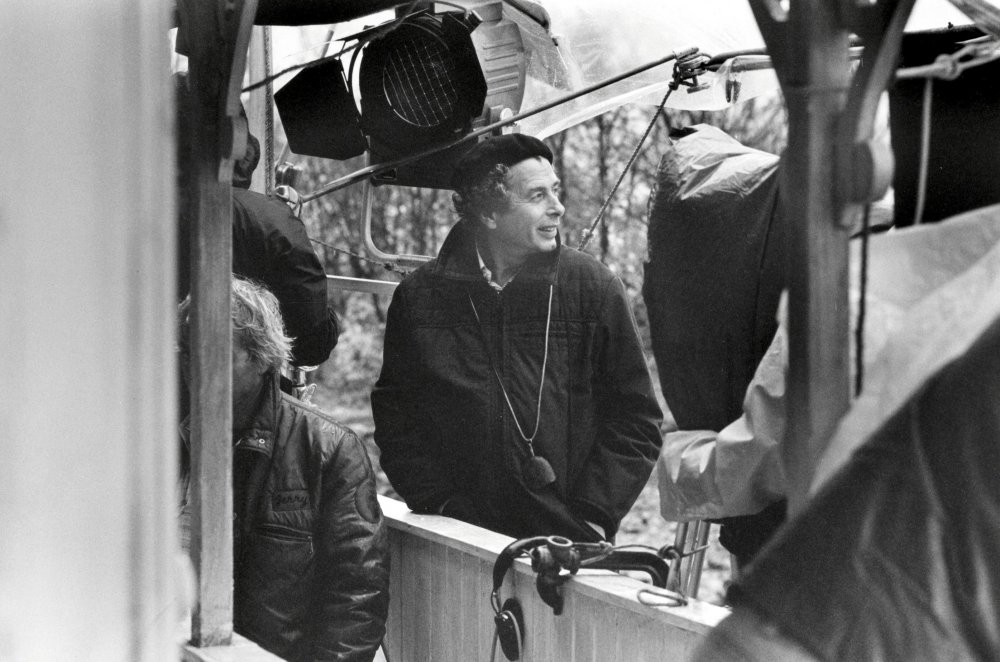 “I didn’t set out to be a rebel, but I suppose I’ve ended up being one,” observed Walter Lassally towards the end of his career.

The Oscar-winning freelance cameraman – a term he tended to prefer to ‘cinematographer’ – was never shy about voicing his opinions. As early as the mid-1950s, with only a handful of little-seen independent productions to his credit, he was denouncing in print what he saw as the widespread British cult of philistinism, “the general and persistent attitude of the British man-in-the-street towards art and culture. Nowhere else in the world does this latter word have such a disagreeable connotation as in Britain.” His view of the British film industry was no more complimentary: four years later, writing in Sight & Sound, he decried “the Dead Hand of apathy, of complacency and convention, whose grip is felt on all sides of the industry”.

Nor was Lassally’s view of technical developments in the industry any more reverential. He deplored the advent of widescreen ratios in the early 50s since it led to the lack of a standard frame; given the various screening situations a film might be shown in, “you can no longer guarantee that what you film is what you’ll see on the screen.” And writing in 1980 he noted that “ubiquitous colour, another gift of the past 25 years, is not my idea of progress.”

He always much preferred filming in monochrome. “The nice thing about black-and-white is that it can be stylised – you can make your own style, and you can shape that style much more successfully than you can in colour.” And whilst in B&W photography, he noted, “a healthy contrast ratio is an integral part of an attractive look, I have always found contrasty or hard colour rather displeasing.” To overcome this problem, he took to using gauze or similar material to filter the lens on colour shoots; his favourite was a piece of black silk net, a woman’s hat veil from the 1920s, that he inherited from the great Georges Périnal. 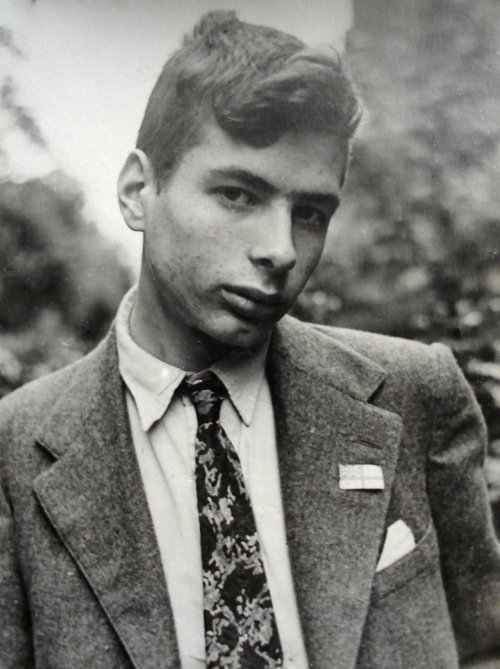 Lassally was never in any doubt about his life’s ambition. “In my last year at school, aged 15,” he wrote in his autobiography, Itinerant Cameraman, “I knew exactly what I wanted to do with my life – I wanted to be a cameraman, shooting feature films.”

This may have been partly inspired by childhood experiences. He was born in Berlin, to a German father and a Polish mother. His father, an engineer, used to make instructional films as an adjunct to his work, and from the age of six young Walter was allowed to help on the animation bench in his father’s workshop. But his family, though not 100 per cent Jewish, had enough Jewish blood to be classed as ‘non-Aryan’. In 1938 Walter’s father was arrested and the boy was taken out of school. His mother managed to raise the money to get her husband released and in July 1939 the family left for England.

Once settled in London, the young Lassally armed himself with a second-hand box camera and started to develop his eye, while also seeing as many movies as possible. After leaving school he launched himself into the film industry, following the traditional career path: clapper-boy to loader to focus-puller to cameraman. His earliest experiences as cameraman were largely on documentary shorts, “developing the techniques which I’ve used right up to the present day”.

In 1954 he travelled to Morocco to shoot Another Sky, a feature film written and directed by Gavin Lambert, then editor of Sight & Sound. “For a young cameraman,” he recalled, “it provided some splendid opportunities for atmospheric photography, which is still one of my criteria when I decide what projects to accept.” 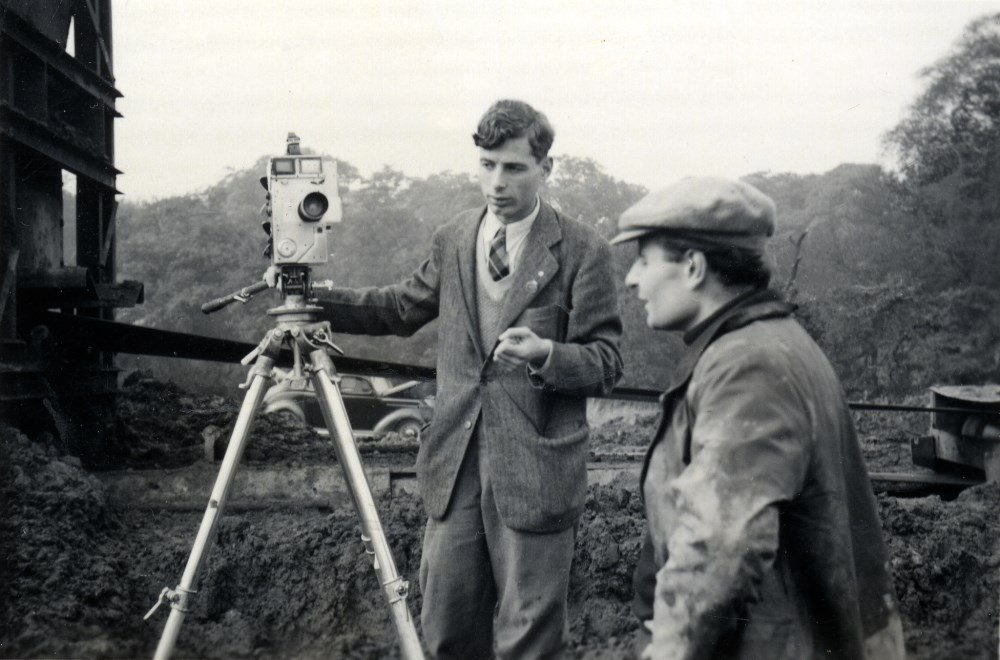 That same year Lassally was cameraman on Lindsay Anderson’s Thursday’s Children, one of the first Free Cinema documentaries. He went on to shoot several more of the Free Cinema shorts, then moved on to British New Wave features working on three films for Tony Richardson: A Taste of Honey (1961, shot entirely on location), The Loneliness of the Long Distance Runner (1962) and Tom Jones (1963), his first film in colour.

But by then he had also forged a relationship with Greek cinema. In 1956 he went to Greece to shoot Mikhail Cacoyannis’s A Girl in Black. After his disillusion with the jobsworth indifference of many British film-crew members, “the Greek films were a completely different experience – where you were surrounded by people whose experience was limited but whose enthusiasm was unlimited”. On Girl in Black, which was shot for about £12,500, Lassally acted as both operator and lighting cameraman (a double job discouraged by British union practice) and found it very satisfying; from then on he always tried to work that way. Over the next decade he shot 11 more Greek films, including Elektra (1962) – “to my mind, the best film I’ve ever shot” – and Zorba the Greek (1964), for which he was awarded the Best Cinematography Oscar. 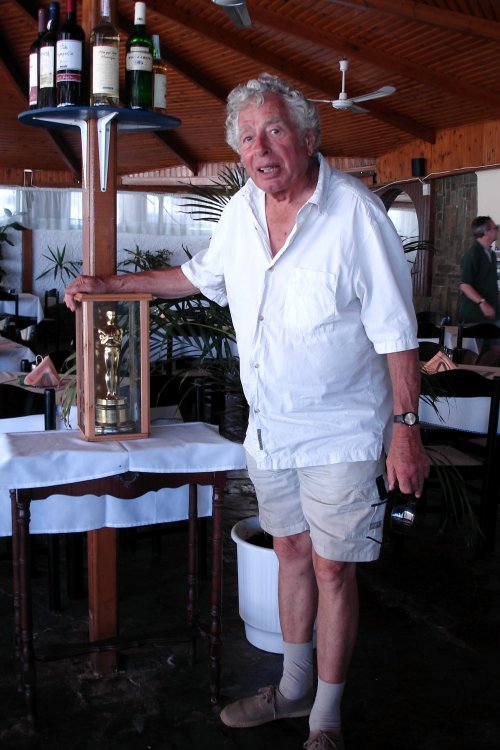 Walter Lassally with the Oscar he won for best blanc and white cinematography on Michael Cacoyannis’ Zorba the Greek in 1964, in his local taverna in Crete in 2006.
Credit: Christophe Dupin

Another frequent collaborator was the director James Ivory, for whom Lassally shot six films, two of them in India. The second of these, Heat and Dust (1983), involved a good deal of location shooting – given the unpredictability of the local film equipment, this proved “an exercise in thin-ice skating [that] I shouldn’t care to repeat!” But lower-budget independent productions were where he always felt happiest – “not exactly in the margins, but working with filmmakers with individual ideas and on a modest scale… I’ve been available for all kinds of projects at all levels. But the big films I’ve avoided.”

An exception was the Steve McQueen car-racing drama Le Mans (1971), directed by Lee Katzin and shot in France. At one point, without any consultation with the crew, it was announced that the ten-hour-day schedule would now become 12-hour days. Lassally took a call-sheet, wrote UNACCEPTABLE across it and pinned it up. Soon afterwards, not surprisingly, he was fired from the production.

Good cinematography, Lassally believed, shouldn’t call attention to itself. His favourite review came from the Süddeutsche Zeitung, which described his work on Vojtech Jasný’s The Clown (1976) as “discreet, precise and without gimmicks”. Though he also recalled that “a young stage director preparing to make his first film once declined an offer of my services with the comment ‘I don’t want to make one of those films the critics say is mediocre, but beautifully photographed by Walter Lassally.’ Neither do I, but it’s deuced difficult to see them coming.”

Lassally’s last film, made in 2001, was the Turkish drama Crescent Heart. His wife Nadia had died in 1994, and in 1998 he moved permanently to Stavros in western Crete, outside Chania, near the beach where Anthony Quinn and Alan Bates perform their final dance in Zorba. There, where he was known as ‘Walter the Greek’, he gifted his Oscar to the local taverna, Christiana’s. (It got destroyed in a fire in 2012.)

Lassally never wanted to direct; for him, being a cameraman was wholly satisfying in itself. But in 2013, at the age of 86, he made his screen-acting debut in Richard Linklater’s Before Midnight, playing an elderly British writer. Active until the end, he swam off the ‘Zorba beach’ almost every day.

It is always sad to lose an old friend – and one who is also a hero.

In the case of Walter, it brought back a very vivid, precise and precious memory of my own first acquaintance with him.

The Cambridge Film Society had such a big membership that our Sunday morning shows were held at the Central Cinema. For that day we had announced Citizen Kane, but there was a last-minute slip-up, and the print was not available. We knew of course that the endlessly resourceful Head of the BFI’s Central Booking Agency, Leslie Hardcastle, would never let us down. Sure enough, by the early morning train, he despatched, as substitute, a print of Georg C. Klaren’s Wozzek – so new that there had not been time to subtitle it. Leslie therefore also arranged that the film was accompanied on the train by a person equipped to act as simultaneous translator.

This was Walter. Arriving in the nick of time, he sat in the front row, with a microphone, and supplied a discreet but comprehensive translation of the German dialogue. It was a remarkable feat in itself – but above all there was the voice:  clear, gentle, charming and with the slightest accent, impossible to determine what.

i had no chance to meet him: he was whisked instantly back to his return train. It was only two years later, when I landed up at the British Film Institute, that we first met in person, with Lindsay Anderson, and I was able to thank him for that first audio-encounter. I think we may have laughed about it again the last time we met, which was on one of our Lindsay panels. And it was wonderful to have seen him – and heard him – so recently, in Before Midnight.

He lived in far-away Greece, but we shall miss him just the same. 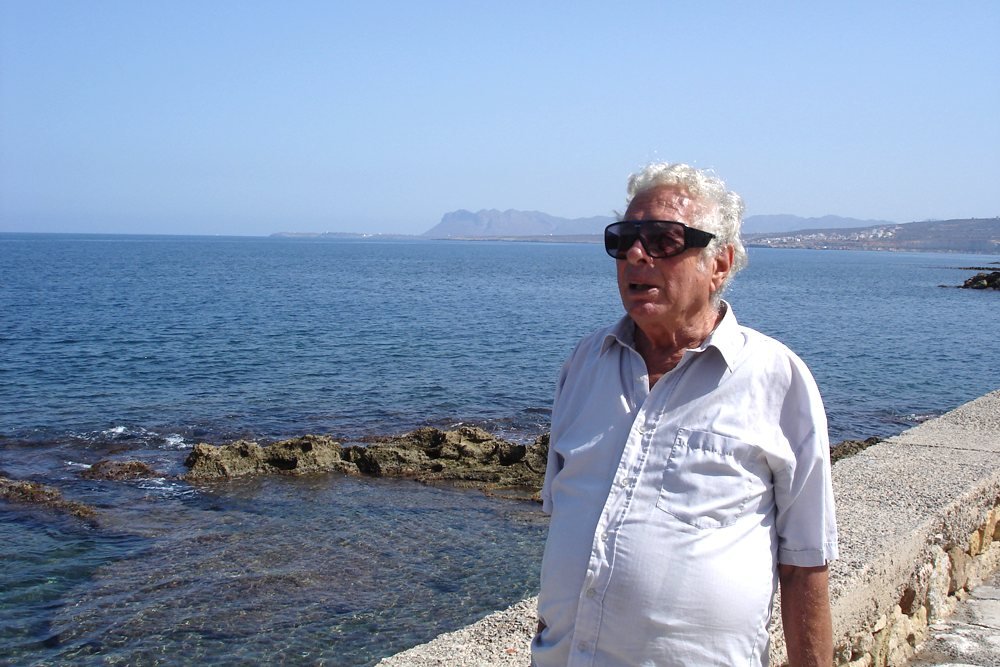 Walter Lassally in Chania, Crete, where he lived from the late 1990s to his death
Credit: Christophe Dupin

► For BFI Screenonline’s Teaching Film: Understanding Film resource, Walter Lassally talks Christophe Dupin through some aspects of his work behind the camera – from the significance of camera movements, lighting and the roles of the camera team, to the differences between shooting on film or video. (Requires Flash.)

Related to Walter Lassally obituary: from British Free Cinema to ‘Walter the Greek’