Godard’s multifaceted essay film revels in the mobility and mutability of imagery in the 21st century, uncovering the violence of representation but always searching for hope in a cacophonous world. 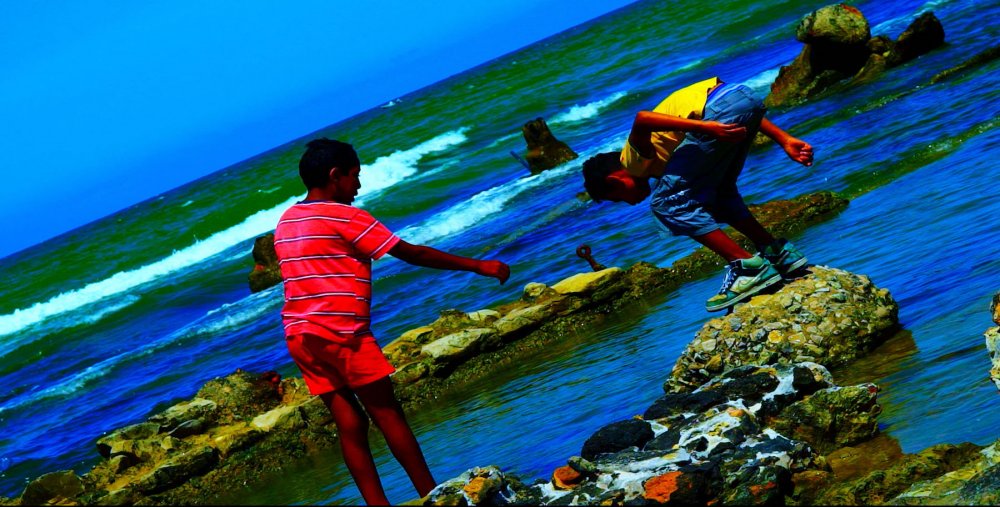 The titular figure of Leonardo da Vinci’s St John the Baptist addresses his gaze to the viewer, looking out from the painting with a smirk. His right hand points towards heaven, towards salvation. Although there is some debate among art historians, the enigmatic painting is widely considered to be the artist’s last. To begin The Image Book, 88-year-old Jean-Luc Godard turns to one section of this picture, appropriating the pointing hand, severing it from the rest of the composition and enlarging it to fill the screen. It has been drained of colour, appearing as a spectrum of pale greys on a black field, as if run through a Xerox machine several times.

The dense intertextual weave of The Image Book is riddled with opacity. But in this inaugural gesture, central threads of Godard’s plangent essay can already be discerned. He ransacks the multimedia archive, redeploying fragments in strange constellations, subjecting them to the vagaries of reproduction. He sacrifices image fidelity to pursue the abstract, the degraded, the artificial, pointing to the mobility and mutability of images in contemporary visual culture.

Across five chapters, manipulation – etymologically derived from the Latin manipulus, or ‘handful’ – is everywhere, closely allied with the operations of the digital, from the Latin digitus, ‘finger’ or ‘toe’. And through it all, to the end, when Godard coughs his way through proclaiming the need for “ardent hope” in the face of the “strongest nights”, The Image Book contemplates what possibilities of salvation and beauty might still reside in our horrific and uncertain world. 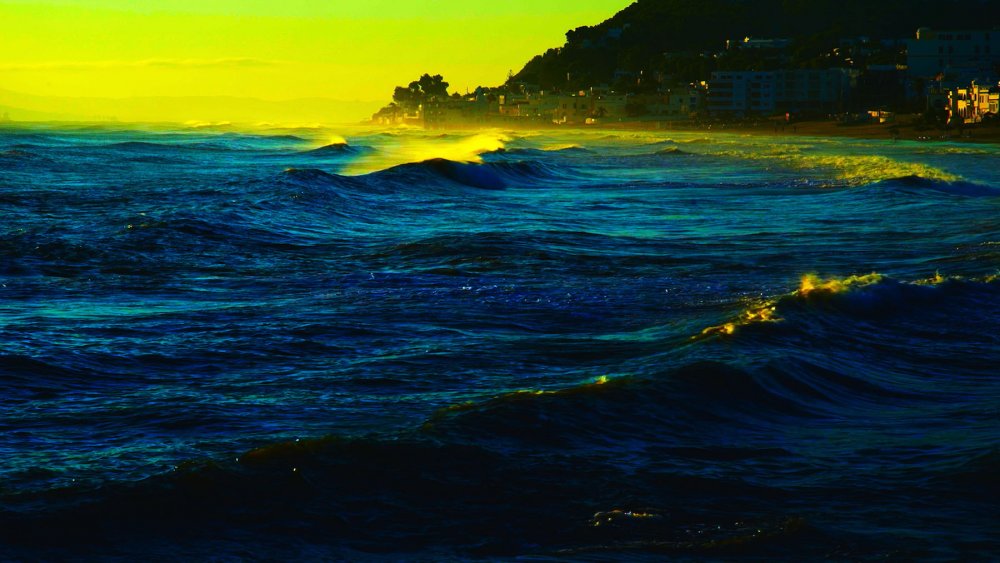 In his monumental cycle Histoire(s) du cinéma (1989-98), Godard turned to the medium of video and its collage techniques to tell an idiosyncratic, non-linear history of cinema. It is a story of fall and redemption, largely grounded in a Euro-American tradition, that rests more on the filmmaker’s own preoccupations than on fact. “La réponse des ténèbres” – a response from the darkness – he called it. Not only the catastrophe of the Shoah, but the disappointments and defeats of the post-war era loom large.

Yet so does an unrelenting love for cinema. Godard shows a fascination for film’s indelible moments and a belief in critic Serge Daney’s conviction that cinephilia is not just a relation to cinema, but a relation to the world through cinema.

One way of approaching The Image Book is as a continuation of this project and the closely related short Origins of the 21st Century (2000). Many of Godard’s concerns and quotations remain the same, as do elements of his style. In his hands, montage is a form that thinks. The title of the first chapter, ‘Remakes’, and the generous sampling throughout of these earlier works further underline this kinship. Often, the viewer is tasked with identifying not only a given reference but also its place within the Godardian universe: citations of citations proliferate.

At the film’s conclusion, for instance, over a black screen Godard speaks of maintaining the utopia of hope. He insists that the need for contradiction and resistance will never diminish, before cutting to a ballroom scene from Max Ophuls’s Le Plaisir (1952), in which an old man disguised as someone younger dances until he faints – a striking allegory for the stance just articulated, and for Godard himself.

One might leave it there. Or, one can probe further: this virtuosic image of delirious joy and exhaustion, made by a Jewish director newly returned from exile, is contrapuntally accompanied by the melancholic piano of Hans Otte, just as it is in Origins, where it is paired with an intertitle designating the year 1900. Godard wrote his first text for Cahiers du cinéma on Le Plaisir (it was rejected), and in 1962 he called it the best French film since the Liberation. Through this bad, smudgy copy of a much loved film, layers of time and meaning accumulate, from the birth of cinema, through World War II and the nouvelle vague, to today. The history of cinema becomes a point of entry into autobiography and politics. In the late 1960s, Godard called for a “return to zero”; at the end of The Image Book, he proposes another kind of return to beginnings. 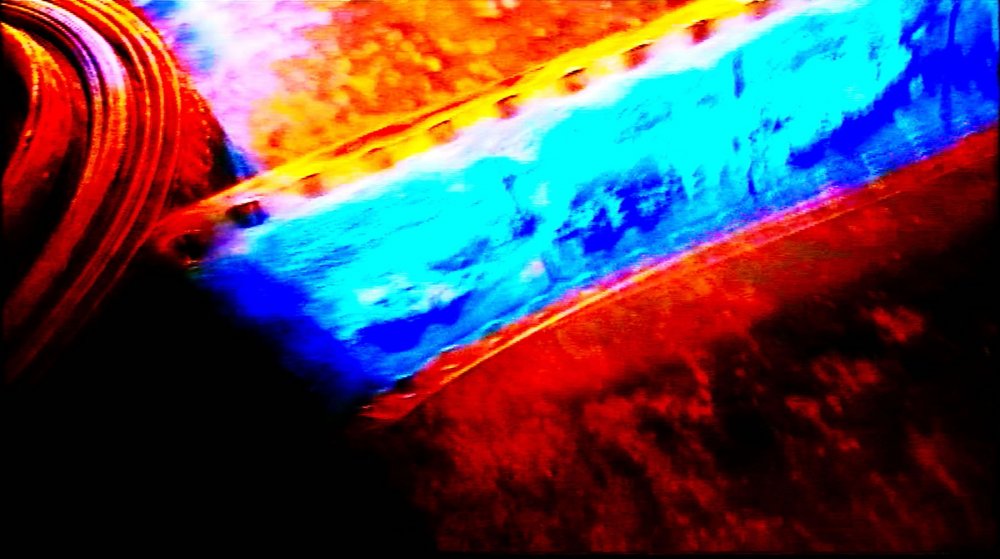 The film’s second and third chapters make ample reference to World War II, tracing the complicity between civilisation and barbarism so central to Histoire(s). Through montage, the Lumières’ train meets the trains deporting people to the camps. Hollywood is there too: the pleasures of Hitchcock, Aldrich, Browning.

The Image Book does, however, equally tread new ground. Though Godard has long embraced the remake, fidelity has never been his utmost concern – as the relationship between Johnny Guitar (1954) and Le Petit Soldat (1963), both cited early on, makes clear. If The Image Book is indeed a remake of Histoire(s), it repeats with a difference. Godard rethinks his earlier undertaking for an age when cinema – understood as an architecture, a technology, a field of practice – has definitively given way to the image, an entity unshackled from any discipline, detached from any tangible material substrate, able to circulate around the world, to be compressed, uploaded and altered at the click of a mouse.

The collision of the pictorial and the writerly found in the film’s title not only claims this work as the apotheosis of Alexandre Astruc’s idea of the caméra-stylo – literally the ‘camera pen’ – but equally points to how, fundamentally, the digital is a matter of writing. Founded in code, its images are fields of variability and transformation, to be authored as desired. While Godard does not deny the documentary power of the indexical image, he concentrates on the manifold ways that images can be manipulated, whether in abrupt changes of aspect ratio, extreme instantiations of non-naturalistic colour, heavy pixilation or stuttering glitches. The sky turns acid yellow and vermilion; motion is decomposed into halting steps. High definition sits alongside nth-generation copies, just as the masterworks of film and art history mingle with vernacular images of sex and death that circulate online.

The Image Book explores the unique plasticity of these new images and their promiscuous mobility, understanding media history in terms of both ruptures and continuities. Cinema is no longer the sovereign system, as Godard expands his repertoire to create an atlas much vaster. Like digital visual culture itself, The Image Book baffles and overloads, mixes and interrupts, layers and repeats. The soundtrack is not excluded from these procedures: in multiple channels and languages, a plurality of voices competes for attention, joined by fragments of music. Godard’s grumbling whisper is present throughout, but less as a guide, more as just another element in a chaotic gallimaufry that pays no heed to ingrained hierarchies. 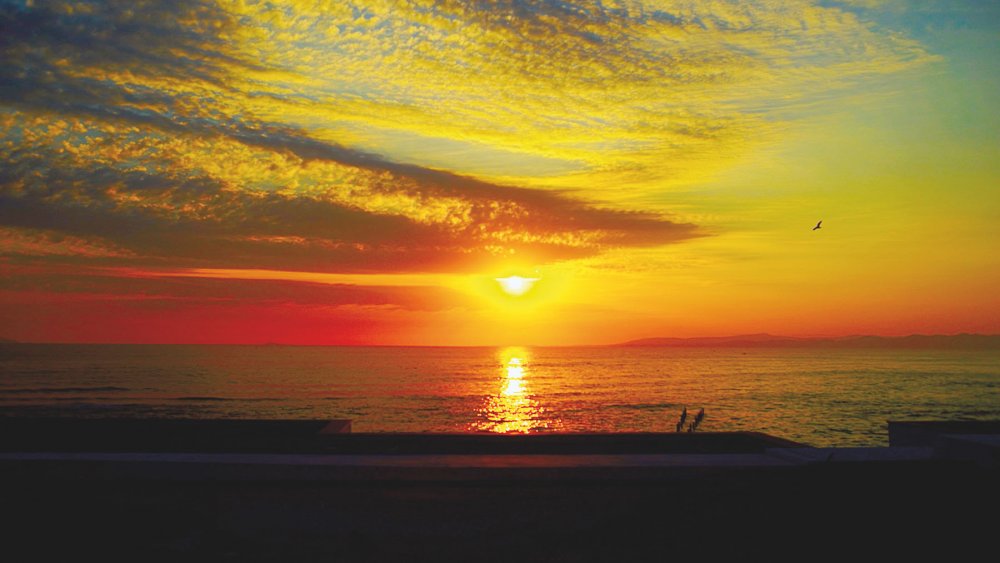 The Image Book’s geopolitical scope is very different from that of Histoire(s). Perhaps in response to the conflicts of the 21st century, perhaps in response to a growing acknowledgement of the problems of Eurocentrism, its selection of images is much more global. The Middle East occupies a prominent position, especially in the fifth chapter, ‘La Région centrale’, which comprises roughly half the film’s running time.

It is here that The Image Book comes closest to any kind of narrative, as the film relates the story of Dofa, a fictional Gulf kingdom cursed – or blessed – with an absence of oil, which becomes the site of a failed revolution. In much of this section, Godard diagnoses the orientalism that pervades so many cinematic representations of the region, flashing the title card “sous les yeux de l’Occident” – “under Western eyes” – on screen repeatedly. Clips from Pasolini, Raoul Walsh and of magic-carpet rides sit alongside excerpts from classics of Arab cinema, such as Youssef Chahine’s Jamila, the Algerian (aka Djamilah, 1958), and newly shot high-definition footage that embraces the banality of everyday life. Godard draws out the ubiquity of stereotype while pointing to the importance of a body of filmmaking that remains underseen outside the region. In voiceover, he speaks of the violence that inheres in the act of representation, contrasting its brutality with “the calm interior of representation itself”.

If much of the fifth chapter is an indictment of the West and its cinema, the final minutes of The Image Book shift tone. Although the words of Elias Canetti, quoted just before the closing credits, resonate tragically as true – “We are never sad enough for the world to be better” – Godard ends what may be his final film with a plea worth remembering, in relation not only to cinema but when considering all movements for justice, all moments of life: “And even if nothing turned out as we had hoped, it would change nothing of our hope.”