Renowned for his ambitious, unchained film soundtracks, Jean-Luc Godard has amassed an archive of hundreds of boxes of tapes and reels of live audio from his shoots – through which the international art music group Soundwalk Collective got the chance to delve for raw material for their new album What We Leave Behind. 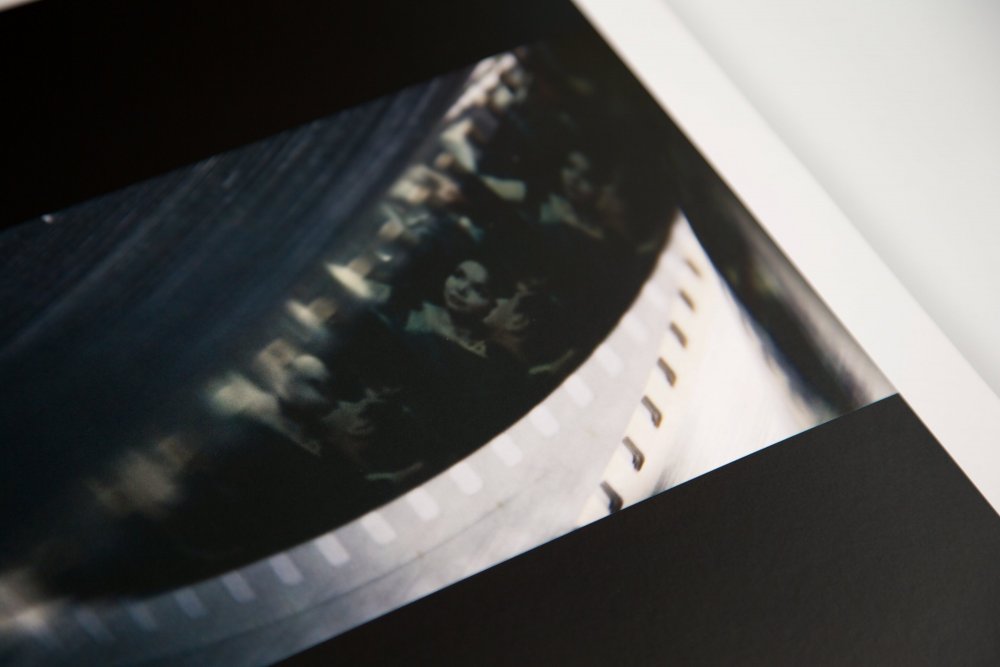 The artwork for Soundwalk Collective’s LP What We Leave Behind
Credit: Stephan Crasneanscki

“What remains is the question: what was there – was it anything at all?”

Peculiar mismatches of dialogue and sound, jarring silences and layers of noise are just some of the traits that define the sonic strangeness of Jean-Luc Godard’s cinema. In this world, images and sounds are treated with equal weight, and sometimes they even swap places so that we find ourselves “listening to images” and “looking at sounds”, as Godard once described to a perplexed Dick Cavett. 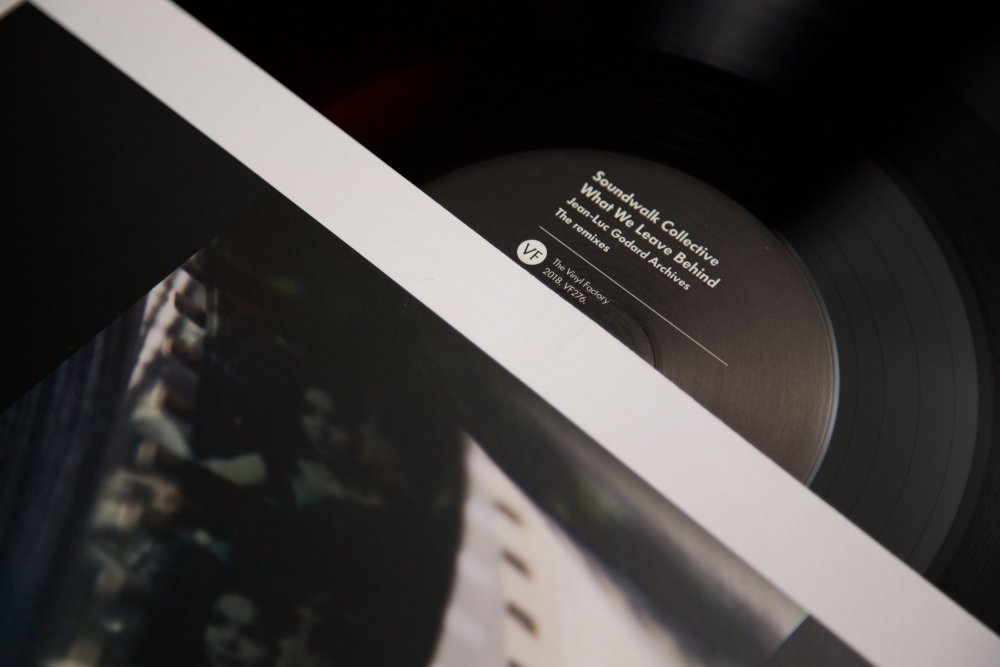 Godard works with sound in a physical way, like a sculptor working with texture, surface and space. When making his 1983 film Prénom Carmen, Godard wanted the musicians who appear in the film to “carve audible space”, much like a sculptor working “with two hands against a surface”. Sculpting in sound is one way to think of Godard’s cinema. Each sound has its own colour and intensity and stirs the imagination. Sound is a tool and a force that might sooth us one minute and pummel us the next.

The director cuts up sonic material in ways that surprise, frustrate and delight. Think of his lively re-composition of Antoine Duhamel’s score for Pierrot le fou (1965), or his fashioning of raucous gull cries and traffic noise. He also loves to draw attention to the recording process itself, while denying audiences the satisfaction of the finished product: Sympathy for the Devil (One plus one, 1968) includes behind-the-scenes studio shots of The Rolling Stones rehearsing their album, and Soigne ta droite (1987) includes footage of the French electro-pop group Les Rita Mitsouko working on their album The No Comprendo.

Two of Godard’s most fruitful collaborations involve the sound engineer François Musy and the founder of ECM Records, Manfred Eicher. In 1990 at Cannes, Godard said of his film Nouvelle vague: “My film, without the soundtrack, will be better. But if you see only the soundtrack without the images, it will be better still.” Seven years later, ECM Records released the entire soundtrack of Nouvelle vague on CD, with all the dialogue and ambient sound included, offering an alternative experience of cinema to a new community of listeners.

It is exciting to imagine what might result from the leftovers of Godard’s own filmmaking process. Imagine entering Godard’s personal archive where hundreds of boxes of tapes and reels of live sound from his films are stored. Imagine listening around the edges of a take, to the offcuts and outtakes. Imagine gaining access to the invisible ‘out-of-bound’ areas of Godard’s cinema. The international art music group Soundwalk Collective (Stephan Crasneanscki, Simone Merli and Kamran Sadeghi) had the opportunity to do just that. They were invited to visit Godard’s personal archive in the Cantal region in south-central France and part of their response to this unique experience is a newly released six-track album and remix EP, What We Leave Behind.

The album, which features contributions by DJ and producer Ricardo Villalobos, electronic musician Jan Jelinek and DJ Petre Inspirescu, takes listeners on a strange but comforting soundwalk that allows them to drift gently into a parallel universe formed from a treasure trove of sonic memories.

Initially, the group used fragments of sonic material from different tapes in the archive to create a radio sound piece, presented in 2015 by France Culture in collaboration with Musy and Wild Bunch. In this piece, we hear Godard directing actors and conversing with Musy between takes. He asks for a more staccato rendering of an actress’s voice and a quieter interior ambiance. On the set of Nouvelle vague, we hear Godard say to Alain Delon “A bit more authoritative, Alain”, bringing a smile to our face, before asking another actor not to raise his voice as he pronounces the word ‘violence’. 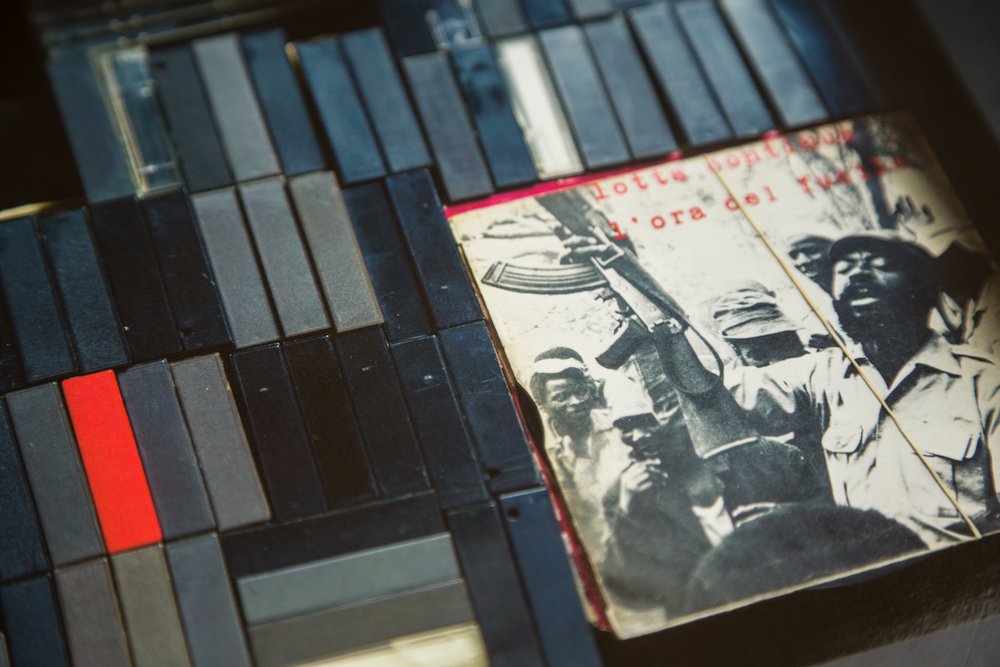 During a conversation between Crasneanscki and Musy as they travelled to the archive in 2014, Crasneanscki likens the experience of hearing the voices of Musy and Godard between takes to “little bits of life in a cemetery”. Musy then suggests that whilst all the senses evoke memories, sound is the most alive. Recorded sound is not a “frozen moment” preserved for eternity like a photograph, but “a moment of reality” captured on tape.

These sonic fragments of magic dust, unearthed from Godard’s archive, now glisten on the musical surface of the new album, in a condensed elliptical form. Soundwalk Collective have immersed themselves in the sonic environment of Godard’s filmmaking process, and What We Leave Behind is filled with sounds and voices circulating rhythmically, merging with vast swathes of musical tints and acoustic energy.

I experienced these tracks as if I had accidently fallen into someone else’s dream or into the spiritual realm of an afterlife. One haunting phrase that forms the basis of the first track is ‘Lorsque la philosophie’ (‘When philosophy’), deriving from the ‘owl of Minerva’ passage in Hegel’s Elements of the Philosophy of Right, cited in Godard’s Allemagne année 90 neuf zero (1991) and Histoire(s) du cinéma (1988). The phrase emerges from a nest of echoey electronic vibrations, cradled by the distant clicks of the clapperboard, by Godard’s voice calling for another take, and by other rumbling spoken words, buoyed by electronic synth music. Soundwalk Collective render these sparse phrases luminous as something is recollected and imagined, and then the light fades. 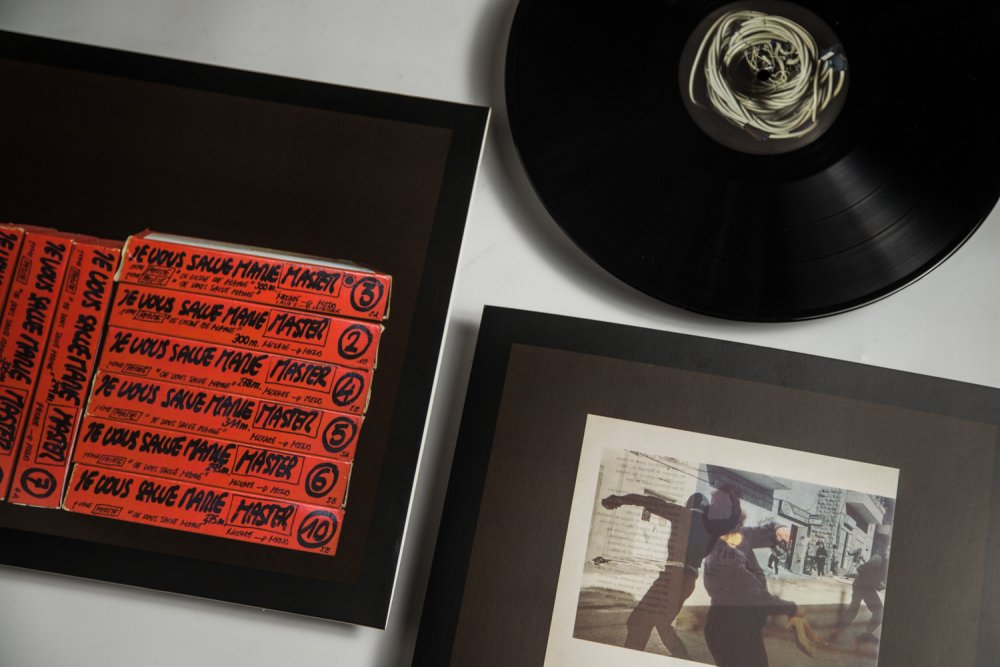 A darker, more ominous track is Champ Contrechamp, featuring Godard’s voice setting out his idea of “the law of stereo”. Soundwalk Collective scrunch Godard’s figures of thought together and they hang suspended in a blurry, dissonant musical space.

In What We Leave Behind, the spaces that open between words, phrases, melodies and films, enable the listener’s imagination to breathe. They release the sonic memories from their source, so they can travel and transform. A double archive is formed from the listener’s own memories of Godard’s cinema, and from the chaotic fragments of archival sound matter that Soundwalk Collective bring to life by using snippets of pre-existing material to make something new, in a tribute to Godard himself.

This experience is heightened with the remix EP, which takes listeners on an underwater soundwalk. Petre Inspirescu’s remix invites listeners into an eerily peaceful pulsing zone where Godard’s King Lear (1987) is floating. The soft voiceover lines from the film (“Am I in France?”, “In your own kingdom, Sir”, and the semi-computerised “You whom I ride now”, from Virginia Woolf’s The Waves) swirl around to the beat, embellished with rhythmic patterns. A future dream comes to mind: dancing with lots of people to the psychedelic beats and energising sounds of Villalobos’s Jean-Luc Godard remix. The best way to approach the musical experience of the album is to imagine you are moving through a sound installation.

Godard has always embraced innovative, experimental approaches to alternative filmic experiences, challenging spectators to rethink their relationship, as political beings, to the screen. His cinema, in its expanded form, has become what Brian Eno would call a “malleable and plastic material” for sound artists, musicians and DJs around the world to think and create with anew. Soundwalk Collective’s new album pushes us outside the porous frame of our own ideas and motivates us to embrace the shift that sees the individual listener become a receptive co-creator of the soundscape they move through.

Related to Re-sculpting Godard: Soundwalk Collective at play in the JLG sound archive