Grief and wonder are the key notes of Heart of a Dog, performance artist Laurie Anderson’s first foray into non-concert filmmaking. In a stage conversation accompanying the movie’s London Film Festival premiere, she and her pal Brian Eno reckoned on the merits of letting go or holding on. 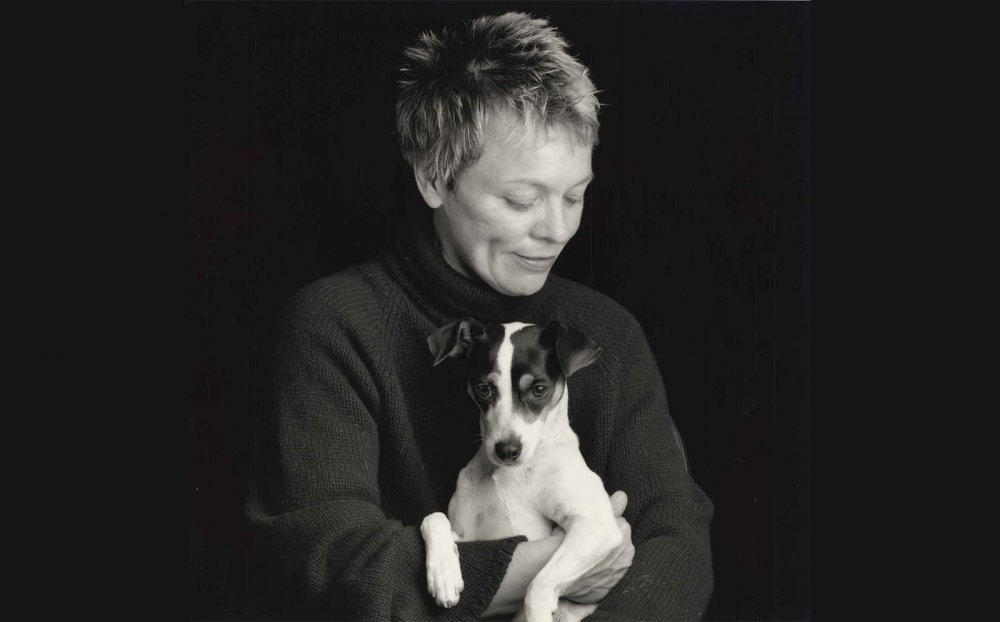 LFF Connects was a programme of talks that brings together practitioners from various disciplines for whom film is also a concern. The series began with a discussion between director Christopher Nolan and artist filmmaker Tacita Dean, both of whom have a particular commitment to analogue filmmaking; six days later came an event aimed to bring sound into the conversation, but in a less direct – and potentially fascinating – way.

Neither Laurie Anderson nor Brian Eno is a film soundtrack composer, nor indeed does either of them comfortably identify as composers at all. Their relationship to film is more conceptual: rooted in performance art, in Anderson’s case; and in Eno’s, in an idea of film music that is not what we expect from film music: his Music for Films album, released in 1978, is still a vital statement about what soundtrack music could be like, divested of clearly programmed emotional and dramatic cues and given a new, freeing ambiguity wherein the meeting of sound and image feels serendipitous rather than imposed.

Over the years Eno’s idea of film-music-not-film-music has become generic, audible on many an indie-movie soundtrack. Sometimes quite literally: newly released teen-cancer weepie Me and Earl and the Dying Girl uses selections from Eno’s pop back catalogue as well as other, previously unheard archival pieces. This was mentioned in the introduction to today’s event, as if to emphasise the connection between Eno and film, but it seemed of minimal interest to him, and of no relevance to Anderson, whose relationship to Hollywood is even more distant. Instead, they caught up on their shared histories, philosophies and working practices in a conversation that was convivial but sometimes short on insight, and dominated by Eno, despite Laurie Anderson’s new film, Heart of a Dog, having been shown the night before and seen by many in the audience. 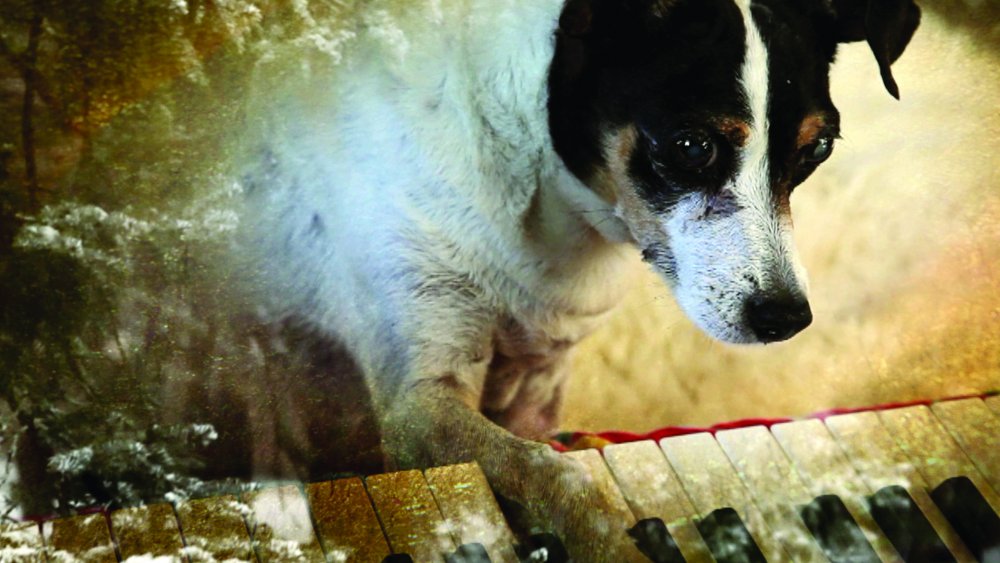 Heart of a Dog is Anderson’s first full-length film aside from concert film Home of the Brave (1986). Her work has incorporated visuals and performance alongside music, as befits an artist who came up in the New York downtown scene of the 1970s and 80s, but this is still a significant move for her. Heart of a Dog is an essay film with echoes of one of Agnès Varda’s reflections on ageing and filmmaking – Anderson has a similar honesty and wit, as well as an ability to foster and then spike a warm, whimsical tone. Where Varda is a cat person, Anderson (like Godard, whose dog Roxy starred in last year’s Goodbye to Language) favours dogs, and at the heart of the film is Lolabelle, a beloved rat terrier who died in 2011. Lolabelle’s life and death frames a meditation on how we let go of the dead and how they let go of us; and how these processes are further complicated in an age of unprecedented global surveillance.

Anderson’s unmistakable voice narrates with a stealthy musicality well-known from her records, words like ‘Now’, ‘So’, ‘And Then’, placed carefully like rests. The story she tells is a post-9/11 tale of progressive loss, not only of Lolabelle, but also of her mother and most recently her partner, Lou Reed. This last bereavement, acknowledged with a dedication at the end of the film following Reed’s song Turning Time Around over the credits, hangs heavy over Heart of a Dog: one senses it has put Anderson in a place of unprecedented contemplation and gravity. Meanwhile revisiting her mother’s death might have prompted the childhood recollections made visual here in old 8mm films and dreamlike reconstructions. Anderson imagines Lolabelle’s – and, it’s implied, other loved ones’ – journey through the Bardo, the transitional afterlife space described in the Tibetan Book of the Dead, mingling quotes from the ancient text with her own words over fragmentary visuals that may or may not stand for the dog’s own memories.

While Anderson is a skilled storyteller, she is clear-sighted about what we use stories for. In her film she recalls a childhood accident which she has recounted many times without addressing the real horror at its heart, before musing, “That’s the creepiest thing about stories: you try to get to the point of it, usually something about yourself or something you learned, and you hold onto it, and every time you tell it, you forget it more.”

Her awareness of this paradox was evident in her conversation with Eno, in which she listened more than she spoke. In contrast, Eno held fast to his stories, many of which asserted the values of rulelessness, freedom, lo-fi ingenuity and inhabiting the spaces between forms and media: values which both artists share, but assert in subtly different ways. When these once inspiring principles are reduced in the retelling and turned into oracular statements like Eno’s “Children learn through play – adults play through art”, they are easy to co-opt, and they have been, in the soft, creative-focused advertising strategies of mega brands like Apple or Red Bull, whose peripatetic music academies foster a similarly borderless idea of individual creative fulfilment in their students. Yet, as with clever advertising, such stories are hard to resist or question: they sound so benign, after all. (Eno’s parting advice, that we should all get rid of our televisions, was the only time I sensed dissent in the visibly delighted audience, as a woman behind me whispered, “What about Netflix?”)

The question of how art and politics inform one another brought to light one of the more obvious differences between these two old friends. Anderson described her new work, Habeas Corpus, a collaboration with human rights organisation Reprieve and a former Guantanamo Bay detainee, recently performed in New York. Eno expressed his discomfort with what he tellingly called ‘propaganda’, a common enough suspicion of the more privileged when faced with art with a political message. Anderson’s skill at weaving the personal, political and conceptual within her own work – creating a complex texture that’s been central to it from the beginning, and is far from propagandist – was not acknowledged, and neither was her similarly complex relationship with religion, which comes challengingly to the fore in Heart of a Dog.

Instead, Anderson soothed Eno, who had raised the tricky question of how one could enjoy religious music without the God bit, with a beguiling story about her grandmother. As a missionary in Japan, she didn’t do so well at bringing the gospel, but shared her millinery skills, and learned about bonsai in return. “People find a way to navigate”, Anderson said, sure in her continuing ability to wander unfamiliar, even devastating, terrain and return with yet more questions to worry and wonder at.