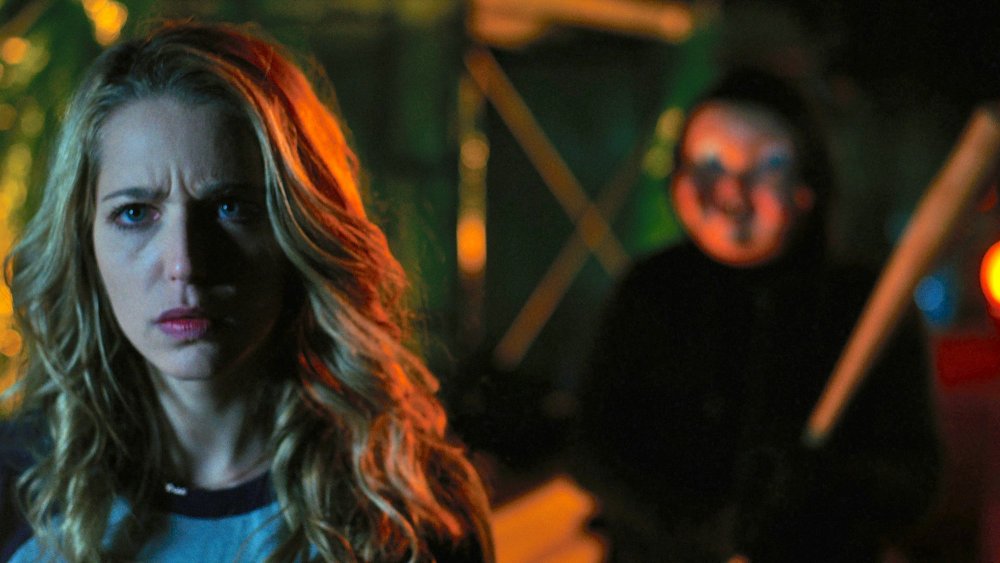 Happy Death Day makes not the least effort to conceal its lineage – almost from the get-go this is quite blatantly Groundhog Day (1993) reworked as a slasher movie. It even tosses in a cheekily explicit nod to Harold Ramis’s cult film in its final scene, when the heroine’s new boyfriend tells her that her story “reminds me of Groundhog Day. You know, the movie? With Bill Murray?” “Who’s Bill Murray?” she asks blankly.

The moment is typical of Christopher Landon’s feature, which maintains a likeably flip tone throughout, working ingenious variations on its generic slasher material (underground car-parks and nocturnal pedestrian underpasses inevitably feature, as does the old what’s-behind-the-shower-curtain gag) and never taking any of it seriously for a second. So Happy Death Day isn’t particularly scary, and clearly isn’t meant to be – the pleasure lies in the games it plays with its basic storyline, along the way tossing in enough offbeat humour and whodunnit twists to keep us entertained.

As multiple-murder victim Tree Gelbman, Jessica Rothe succeeds – as did Murray – in making us like her even while she’s still in her initial contemptuous mode, and more so as she gradually becomes warmer and more empathic. (A scene with her depressive dad, though, when we learn that she only became a selfish sorority bitch because her beloved mom died three years back, feels like a chunk of ready-motivation too far.) 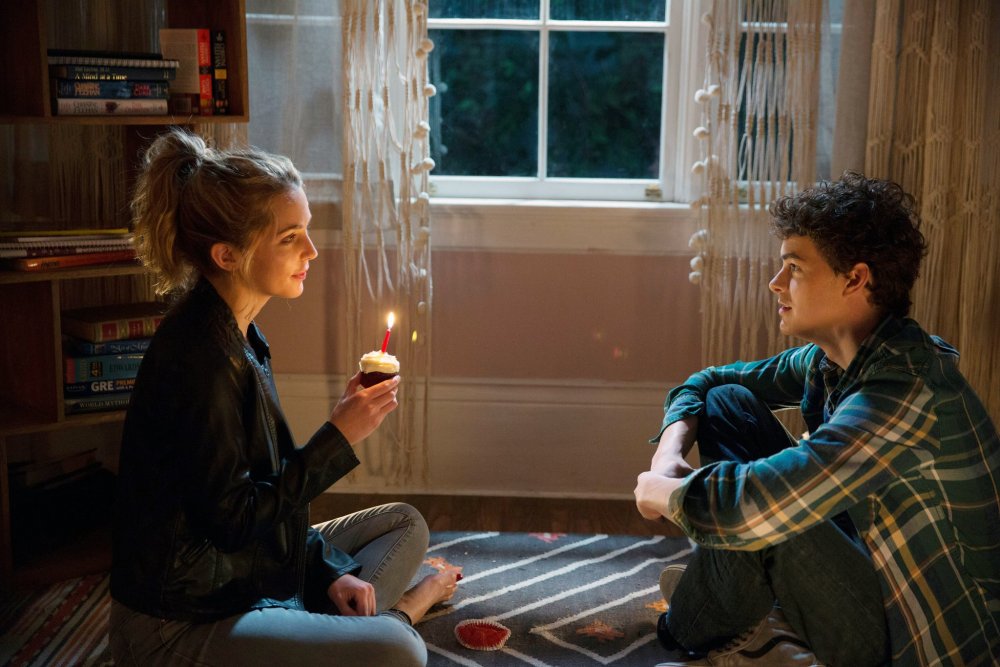 Screenwriter Scott Lobdell, taking a break from multiple X-Men duties, serves up a deftly sketched-in supporting cast, notably Rachel Matthews as the smugly self-appointed moral arbiter of the sorority (who in a satisfying moment gets the benefit of a glass of chocolate milk), Ruby Modine as Lori, Tree’s sardonic roomie, Charles Aitken as her shiftily adulterous prof/lover and Israel Broussard as Carter, the endearingly nice guy in whose bed she keeps waking up.

But it’s the humour and pacing that keeps the film diverting. It’s soon evident that Happy Death Day is as much a dark comedy as a horror movie – a mix that glances back to 80s classics such as the original Fright Night (1985) – and there are moments when Tree’s even allowed to derive a degree of fun from her predicament: as when she realises that, since nothing she does will be retained in anyone’s memory longer than a few hours, she can happily take the morning walk from Carter’s dorm to her sorority house stark naked, or fart in public. And after Carter, in whom she’s confided, gets her to write down a list of possible suspects, she starts avidly playing private eye, spying on each of them and unearthing their secrets. (This allows for a sweet encounter later on with a would-be boyfriend, Caleb Spillyards’ slightly stalkerish Tim.)

By this stage in the action the time-loop has speeded up, since evidently we’ve got the idea, and a dozen or so death days are allowed to zip past in about as many minutes before the narrative slows down again as we approach the end. Here’s where Landon and Lobdell start pulling twists on us, as Tree thinks she has definitely nailed the identity of her killer and heads in to turn the tables on the supposed culprit. But first she has to abort the mission out of consideration for someone else – and then, when it seems the perpetrator has been unmasked and her life can continue, she finds herself back at the temporal Ground Zero of Carter’s bed and realises she has to guess again.

The basic Groundhog Day concept has been much reworked, often in thrillers – Tom Twyker’s Run Lola Run (1998), Duncan Jones’s Source Code (2011), Doug Liman’s Edge of Tomorrow (2014) – not to mention numerous TV dramas (most notably the episode White Bear in the 2013 second season of Charlie Brooker’s Black Mirror). And only this year we’ve had Ry Russo-Young’s Before I Fall, which took an almost identical idea to Death Day (high-school student Zoey Deutch gets repeatedly killed) but – ill-advisedly, as it turned out – tried to play it straight and serious.

But Landon, who scripted four sequels in the increasingly weary Paranormal Activity found-footage series and directed the last of them (Paranormal Activity: The Marked Ones, 2014), has latched on to the essential absurdity of the concept (as indeed did Ramis) and revitalised it with a teasingly irreverent spin that invites us all to enjoy the game. Many happy returns!