As classic horror The Shining returns to the cinema, we reprint our original, in-depth review, which wrestled with an apparent change of approach from director Stanley Kubrick.

from the November 1980 issue of Monthly Film Bulletin 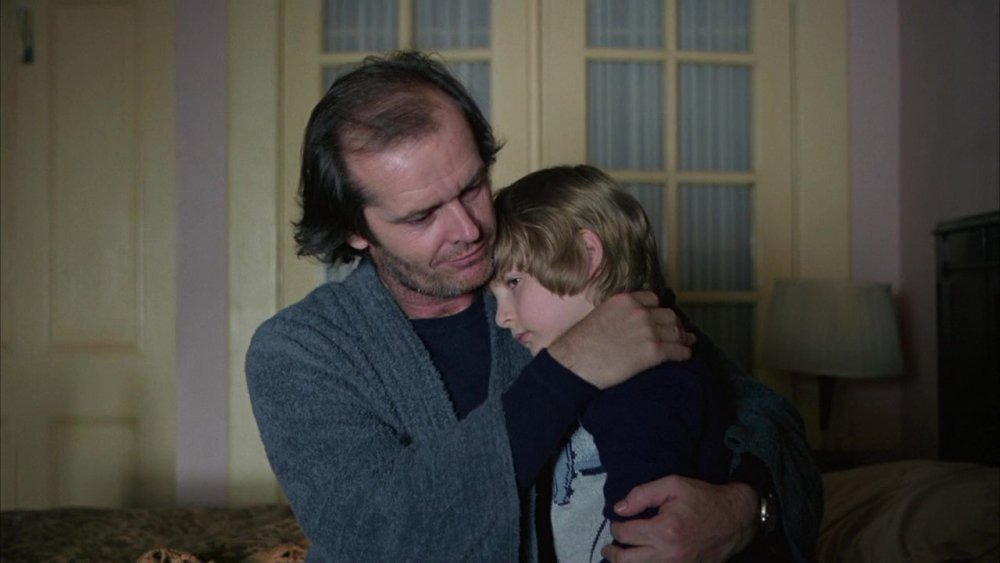 The Kubrick magic for holding both audiences and critics in thrall seems to have come unstuck.

From Dr. Strangelove through 2001 and A Clockwork Orange, Kubrick pulled off one of the most audacious juggling acts in the cinema: he was an epic artist with a gift for simplicity, an Eisensteinian monteur (from bones to spaceships) and an Ophulsian perambulator (the Kubrick track is a date with destiny and a circle in a void); he challenged Hitchcock as a technical perfectionist who also knew how and when to touch an audience’s emotions; leading from this, he was a sardonic humorist (willing the audience to will the last plane aloft in Dr. Strangelove to reach its target and destroy the world) and a profound lyricist of modern technology; he was a Nietzschean visionary and a misanthropic pessimist (the aeronautic elite become star children in 2001, but in the next film anarchic droogs can only become clockwork oranges).

Most dextrous of all, these films offered food for both critical exegesis and popular entertainment, tackling ‘important’ subjects that happened to coincide with commercial vogues: anti-establishment satire, mind-blowing star roving, social banditry and social engineering. Part of the Kubrick mystique is his seclusion – every few years producing, in conditions of great secrecy, another prophetic work from within his intellectual fastness. Barry Lyndon was the first chink in the armour, a film out of synch commercially and critically: eighteenth-century Europe had no nostalgia quotient, and Kubrick’s fascination for reproducing the era in its own image (after Hogarth, Constable, et al.) seemed to baffle rather than encourage enquiry. 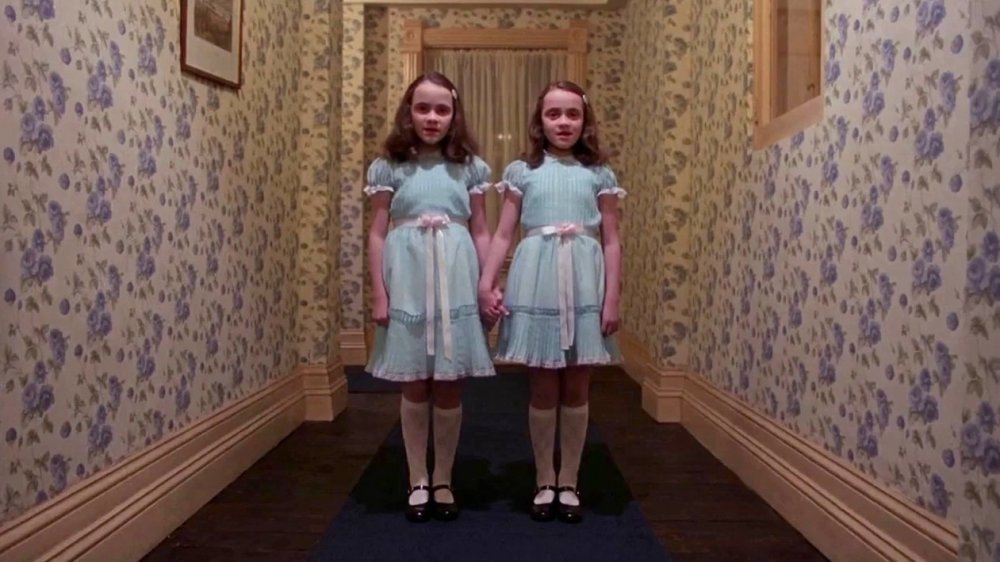 The Shining confirms what Barry Lyndon suggested; the seclusion has taken its toll; Kubrick has no more discussable subjects to tackle or vogues to initiate; he has been driven back on his own resources; he has become an auteur. Barry Lyndon was a great film, a perfect determinist globe: the hero who passes blankly through his century in the first half becomes that century in the second. If The Shining seems less than that, it is probably the result of Kubrick’s panicked reaction to his loss of dual cinematic control (over audiences and critics), and his grabbing for a genre that he should have known when he started The Shining would be exhausted when he had finished it.

But in a way that knowledge is contained within the film. The director has retired even further within himself since Barry Lyndon, and his instinct for the popular nerve been buried deeper. The film itself is the blankness this time. It is its own haunted house – a rambling, rather hollow-sounding edifice in which the real spooks are not the special-effects creatures (which failed to live up to their US publicity as the scariest things ever seen) but some primal Kubrickian conceits.

Stephen King’s novel is the epic, not to say bloated, testament to that modern horror myth that material possessions, property and the like, can become the agent of human evil. His little boy with a gift, the ‘shining’, for seeing these things is a perfunctory innocent foil and a useful focusing device. But the father is an interesting variation on the ordinary man possessed by demonic forces: a frustrated writer and sometime alcoholic, his negative creative energy becomes plausibly connected with atavistic horror. The self-pity and self-justification of his kind also gives an edge of psychological logic to his eventual rampage against his nearest and dearest. 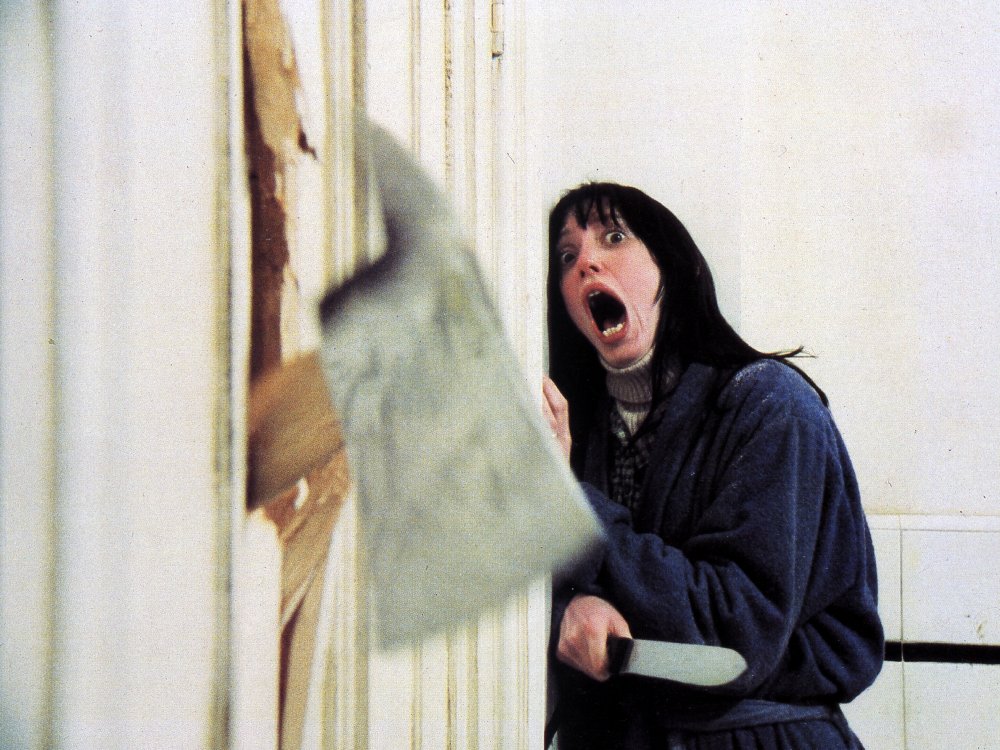 Fathers and sons, however, loom large in Kubrick’s world, and filial loss in Barry Lyndon becomes paternal rejection here: Jack the reclusive and frustrated creator (Kubrick’s negative self-image?) resenting his son’s “great talent”. What rather displaces this mechanism is the way Danny’s main function – to activate the past horrors of the Overlook – has been displaced. Even in the full version of the film, very little is explained about the hotel’s history and there are few ‘horrific’ manifestations anyway. What it and its caretakers represent is the universe writ both large and small – the progression from one perspective to the other took time in Barry Lyndon, the length of the hero’s life; here there is no time (as the arbitrary plot division by days indicates), only space, and there is both too much and too little of that. The psychological point of the story Kubrick has adapted is the ill-effects of claustrophobia and isolation, ‘possession’ by frustrated ambition; the metaphysical impact of the film he has made is of man overwhelmed by immensity – and the search for meaning? (Critics baffled as to what The Shining is ‘all about’ might refer back to 2001, which it in many ways resembles, much as Barry Lyndon retold the historical pessimism of Paths of Glory, another sign perhaps that Kubrick is going more personal, or underground, having given up the role of the commercial cinema’s most highly touted innovator.)

The film’s split function is there from the beginning: the dialogue insisting in a generically predictable way on the terrors of confinement about to be unleashed, while the camera delights in the wealth and continuity of available space, room after room unfolding before the steadicam (though less fluidly so in this version) as the Torrances make their first inspection. Marvelling at the vastness of the kitchen, Wendy jokes that it is like a maze and that she would have to leave a trail of breadcrumbs to find her way out – advice her husband might later have heeded. Although the idea of having an actual maze in the hotel grounds was reputedly just an expedient alternative to King’s movable topiary animals, that image now recurs throughout the film, from the pattern in the hotel carpet to the startling process shot in which Kubrick cuts from Wendy and Danny exploring the real maze to Jack looking down on a table-top model and two tiny figures suddenly appearing to animate its geometry. 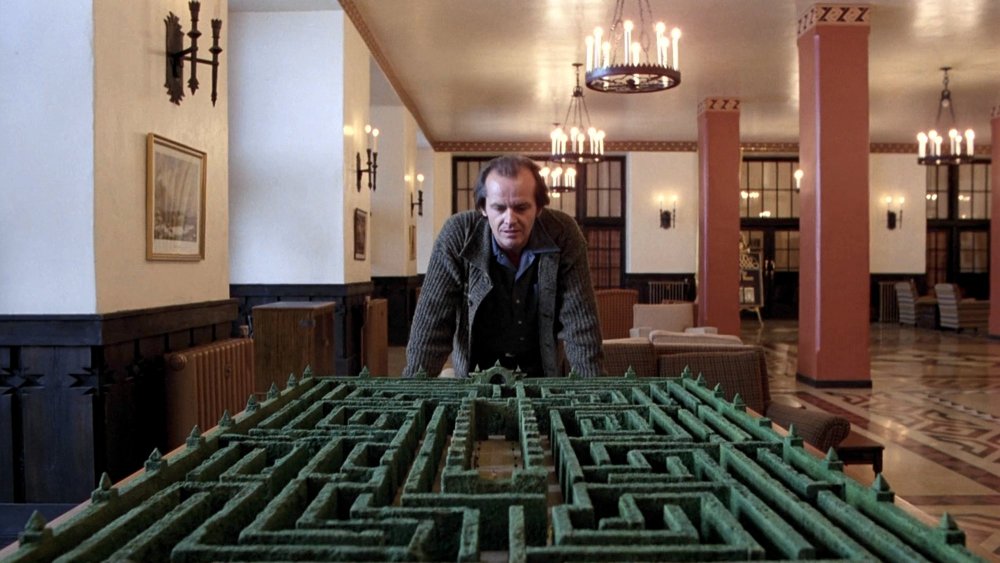 The maze might, misleadingly, suggest a puzzle, and The Shining would not fit Borges’ famous description of Citizen Kane – though Jack Torrance eventually auditions well for the role of Minotaur. What it does, quite simply, is to extend, and render somewhat abstract, the ‘space problem’ that the film is about. Jack is ‘haunted’, not by the Overlook’s past, but by the seemingly intertwined prospect of insignificance and omnipotence: a failed writer, he could become the world’s greatest – because immortal – caretaker. Hence the film’s shift away from father and son as history’s repeating mechanism, which was Barry Lyndon’s terrain, and towards those more abstract discussions of power – brilliantly realised between the mordantly bland and the apocalyptically intense – that Jack holds with the bartender Lloyd and his own predecessor Grady.

Kubrick also tosses in – one suspects quite mockingly – hints of a Faustian pact, with Jack lamenting that he would give his soul for a drink and later ranting to Wendy about the ‘contract’ he has signed with the hotel’s owners. But Jack’s contract is with himself – with ambition, power and history, as his climactic declaration about sacrificing everything to his ‘responsibility’ to the hotel makes clear.

It is as a space movie, in more than one sense, that The Shining relates to 2001. All of mankind is contained here: the Overlook decor features Indian rugs and coverings, but also what appears to be a huge tapestry of Apollo spacecraft (echoed in a sweater that Danny wears); Jack emerges bug-eyed and groaning like one of 2001’s apes from a nightmare, and continues to regress in appearance and instincts through the film (is this the riposte to 2001’s evolutionary Nietzscheanism?). And Kubrick again plays off the awesomeness of the internal odyssey and the banality of ordinary human behaviour – though in all his relationships, with the hotel management or his own family, Jack displays from the beginning an exaggerated niceness already laced with insanity. 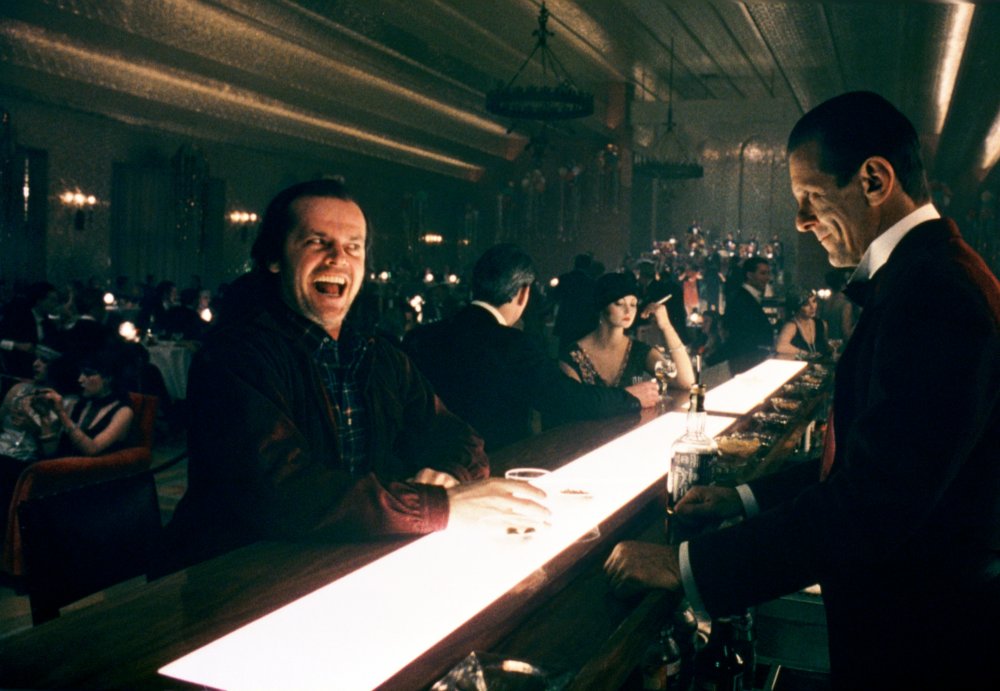 Credit: With thanks to the SK Film Archives LLC, Warner Bros., the Kubrick family, and University of the Arts London.

In this respect, Jack Nicholson’s performance, much criticised for its mugging leeriness, is exactly right: Jack is not an ordinary man about to be assaulted by the extraordinary, he is primed from the start for this demonic promotion, and Nicholson’s greedy over-eagerness, both complaisant and contemptuous, is the eeriest screen evil for some time. Equally, given the film’s cartoon of family life, Shelley Duvall encompasses a richness of caricature running from her own disembodied suburban miss in 3 Women to Olive Oyl (whom she is currently playing for Robert Altman) to screaming Fay Wray.

The Shining, finally, is an iceberg that may in time prove to be one of the great Kubricks (with Paths of Glory, Lolita and Barry Lyndon), or may be the start of a whole new Kubrick.

Related to The Shining archive review: a whole new Kubrick?