Thought to be lost for years, this playful film combines abstract geometry and textures to create a visible soundtrack, and even features the fingerprints of the director himself.

Discovering a lost film, hidden in plain sight, must be a dream for all archivists. And this most commonly happens when a short is found tacked onto another film, which is how Sergei Eisenstein’s very first work was discovered in the 1970s, on the end of a Dziga Vertov reel in the Soviet documentary archive. Now BFI archivists William Fowler and Bryony Dixon have found a missing link from the early years of experimental sound – László Moholy-Nagy’s ABC in Sound – spooled with another work by the better-known animator Oskar Fischinger.

ABC in Sound screened as part of an event devoted Laszló Moholy-Nagy’s work at BFI Southbank on 18 June 2019. It’s now available to view on the BFI Player and the BFI YouTube channel.

The exhibition László Moholy-Nagy runs at Hauser & Wirth in London until 7 September 2019.

Today, Fischinger is revered by many animation historians for his pioneering experiments with colour and abstraction, rhythmically synchronised to music. But Moholy-Nagy’s reputation in film is harder to pin down. As Fiona MacCarthy wrote on the occasion of a previous Bauhaus exhibition featuring his work in 2006: “Painter, sculptor, photographer, film-maker, industrial designer, typographer: what was Moholy-Nagy not?”

Being versatile, let alone being constantly ahead of the game, can be bad for building a reputation. When Moholy came to Britain in the mid-1930s, after teaching at the Bauhaus in Weimar and commercial design practice in Berlin, he was certainly viewed with suspicion by some of the local avant-garde. At the original Bauhaus in the mid-20s, he had helped turn this art school away from craftwork towards engagement with modern materials and media. His 1925 book Painting, Photography, Film was a blueprint for much that we take for granted today in layout and design.

His Light-Space Modulator (1930) was an early form of what would be called today kinetic sculpture, and the light-show it projected became a film in its own right (both are displayed in an exhibition of his works at Hauser & Wirth’s exhibition of his works). Moholy’s pioneering work often broke the bounds of conventional art forms. So when he came to Britain in the mid-30s, hoping to secure backing for another Bauhaus, what work he found was typically hard to categorise. It included designing a modern furniture catalogue, creating a mobile exhibition to promote air travel, and window-dressing for the smart menswear store Simpsons on Piccadilly. Perhaps the most promising was acting as a design consultant for Alexander Korda’s science-fiction extravaganza Things to Come (1936), based on a ‘dream novel’ by H.G. Wells, which looked beyond the predicted world war towards a streamlined new world. 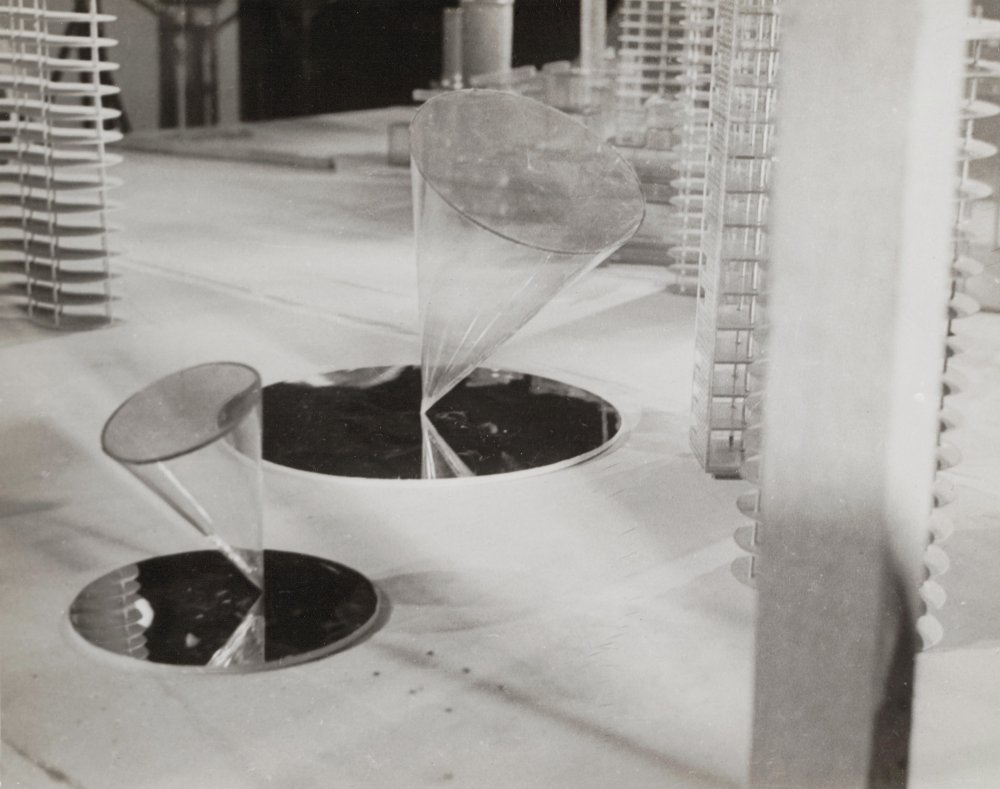 However, few if any of Moholy’s designs reached the finished film, any more than did those of the other modernist super-stars hired by Korda, Fernand Léger and Le Corbusier. So until the discovery of ABC in Sound, Moholy’s film work in Britain amounted to little more than two documentaries about new architecture at the London Zoo and lobster-fishing.

But even at a mere minute’s length, the ABC is exciting, because it adds succinctly to several important stories of the early 1930s. One is the neglected role of London’s Film Society as a modest sponsor of filmmaking. Perhaps the best-known work sponsored by the society to date is Len Lye’s extraordinary first animation Tusalava (1929) with imagery that seems both totemic and biological, patiently drawn by Lye while living on a Thames barge. Tusalava has no recorded soundtrack, and was shown once by the Society in 1929, possibly accompanied by a two-piano score he worked on with his regular collaborator Jack Ellit.

Five years later, with synchronised sound firmly established as the cinema norm, the Film Society hadn’t given up on fostering experimentation. The end of the silent era is often considered to mark the end of avant-garde filmmaking, but the new frontier was what could be done with sound linked to image. A Soviet manifesto on sound, written by Eisenstein and Pudovkin in 1929, before either had managed to make anything using recorded sound, was translated and published by the international journal Close Up. This called for experimentation, avoiding the mere doubling up of sound and image. By 1931 the Film Society had hosted Dziga Vertov showing his own first sound film, Enthusiasm; and so determined was Vertov to show off his industrial sounds that he fought furiously to keep the volume fully turned up. 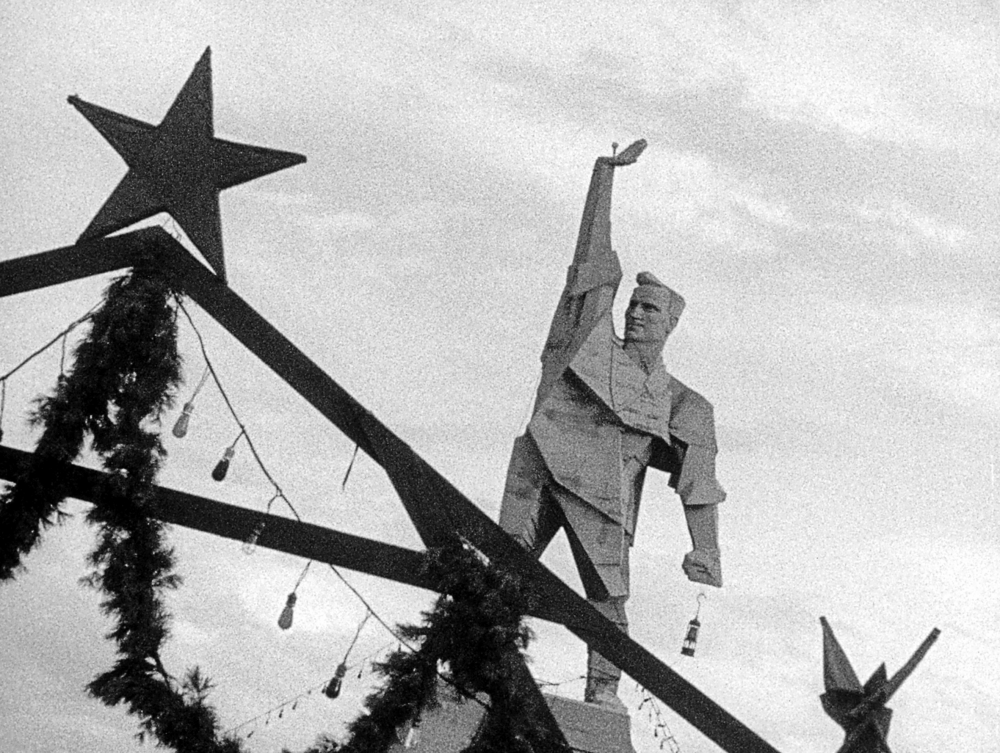 Enthusiasm: Symphony of the Donbas (1930)

That notorious occasion would have been known to Film Society regulars. So the audience for the Moholy and Fischinger shorts in December 1933 was primed to expect something novel from sound generated by drawn or printed patterns – anticipating the excitement surrounding future experiments in electronic sound generation. Like the first postwar listeners to musique concrete and ‘aleatoric’ experiments in music governed by chance procedures, they would have wondered if ‘graphic’ sound had a future, and no doubt argued over these examples.

Both Fischinger’s and Moholy’s films have ‘visible’ soundtracks. In fact, their imagery consists entirely of the soundtrack, re-photographed to become visible, running along the right edge of an otherwise black screen. The Film Society had already shown Fischinger’s Musical Abstracts in 1932; now came Early Experiments in Hand-Drawn Sound [► Vimeo], dated to ‘Berlin 1931’, with the title shown against the Society’s standard background. 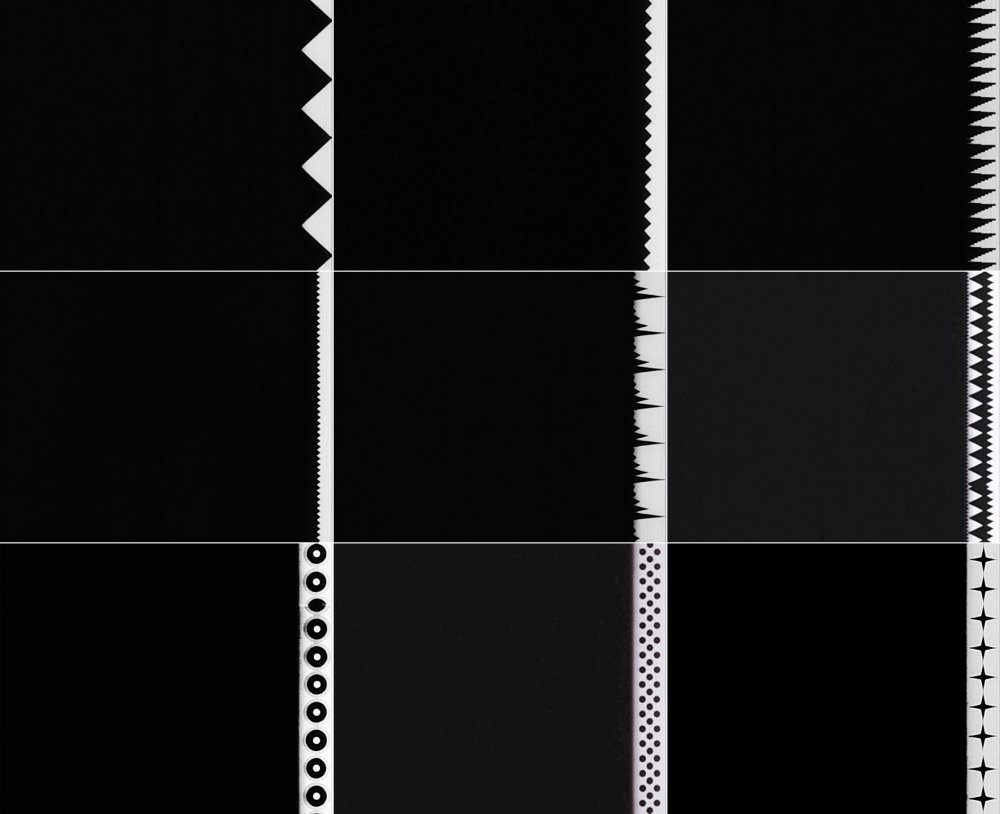 Moholy’s Tönendes ABC (literally Sounding ABC) from 1932 had become ABC in Sound, and there is a striking contrast between the two films. While Fischinger’s imagery remains geometric throughout, demonstrating what he called “ornament sound” that produces relatively uniform patterns, Moholy’s ABC runs a playful gamut from geometric to textures, cartoon faces, and typography, even apparently including his own fingerprints.

Like a conjuror with a fantastic array of objects, Moholy invites us to imagine what each new section will sound like, with a surprising range of timbre and volume. And if the patterns look like vegetation growing down the side of the screen, or grotesque faces sharing a joke – so much the better. ‘Experimental sound’ can threaten some dutiful listening, but this remains fun. For all his commitment to experimentation, Moholy has clearly retained his sense of humour. 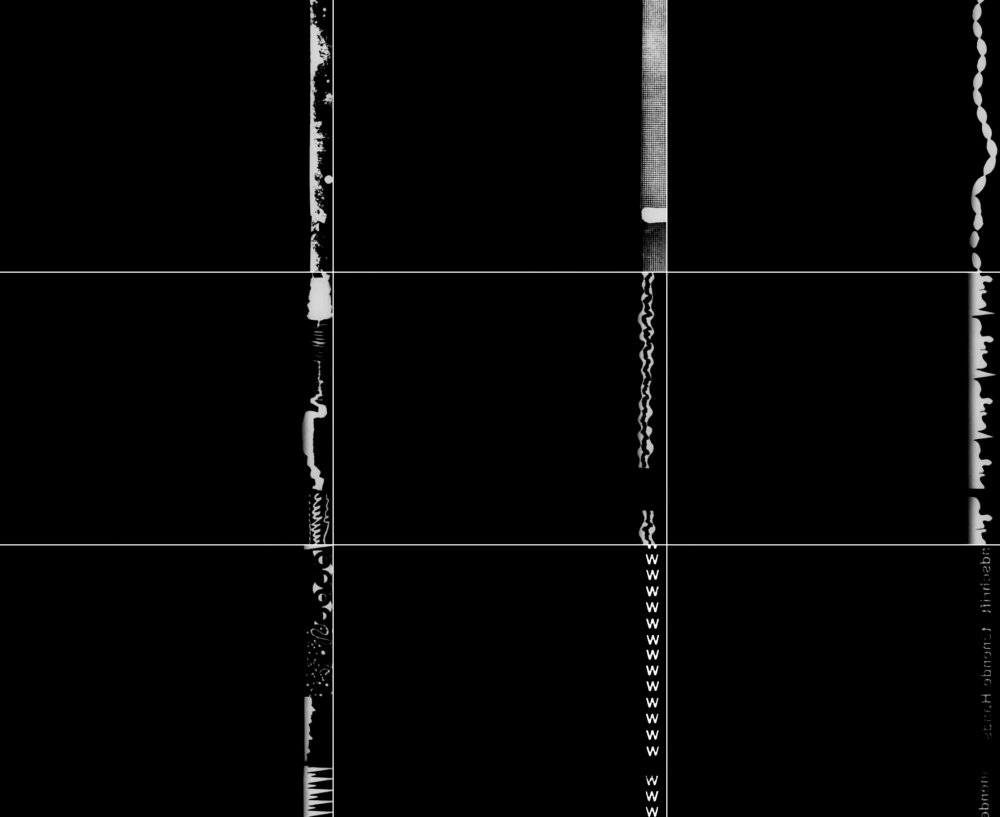 Did these experimental shorts have any lasting impact? We don’t know if the young Film Society protégé Norman McLaren actually saw them in 1933, but within a few years he was experimenting with his own hand-drawn or painted soundtracks on Post Office documentaries. His producer, Alberto Cavalcanti, vetoed one of these as “distracting”, replacing it with conventional music to make one of McLaren’s few genuinely dull films. But with a series of fully drawn shorts made for the Guggenheim Museum in 1940, McLaren pursued his interest in graphic sound. And a decade later, his exuberant 3-D film for the Festival of Britain, Now Is the Time (1951), had a graphically generated soundtrack in stereophonic sound to match its surreal colour visuals.

This was one of the hits of the 3-D programme shown at the Telekinema, forerunner of today’s BFI Southbank cinemas – a programme that was shown the following year in Paris, attracting praise from André Bazin, who declared that stereoscopy must be part of cinema’s future. As a lifelong teacher, Moholy might have been proud of the legacy of his modest ABC, but he had died in 1946, at the early age of 51. He had managed to recreate something of the Bauhaus philosophy in Chicago’s School of Design before his death. And appropriately his posthumous book was titled Vision in Motion.